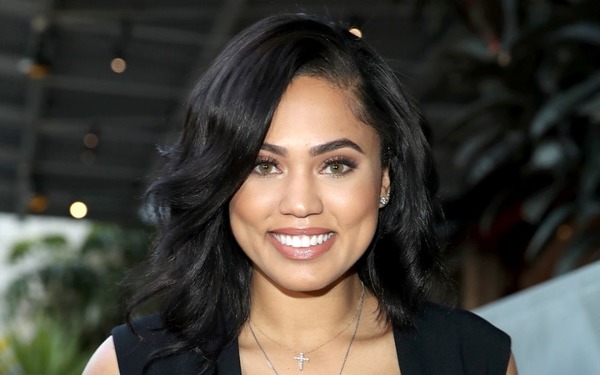 They say Stephen Curry is not just the most successful basketball player on the planet; he is a real superhero on the field. When his elder daughter, Riley, who is 4, sees her father in his uniform, she calls his “Steph”, not “dad”. And born Ayesha Alexander (now she has her husband’s surname Curry) loves her superhero most of all. They got married at a very early age (Steph was 23 and Ayesha was 22) and now they are proud parents of two great daughters and at the same time two young people, who join career and family life. Ayesha is ready to share her secrets of happy personal life with a superhero.

Many people dream to love one and the same person from their teens and till their old years. But life doesn’t always turn out how you plan it and very often first love is just a sweet memory, not more. But Ayesha Alexander is that happy woman, who has one love for one life. She met Stephen at the age of 15. They both were members of the same church group. Ayesha told in her interview to “Parents” that she was not allowed to date in a high school and that’s why they were just friends with Stephen.

Having graduated from high school, Curry entered Davidson College in North Carolina. He played basketball for college team and soon got the status of a rising talent. Ayesha moved to LA, where she started career of a model and actress. She met Steph occasionally, when he came to sports awards show. Curry felt, it was his chance to capture the heart of this woman. He wrote her on Facebook and that very evening they went for a date. At first Ayesha hesitated, whether Steph was that man she was looking for. But gradually she fell in love with him. They opened the new chapter of their relationships, when Stephen Curry proposed. As later Curry told, their engagement resembled that one described in “The Notebook”. 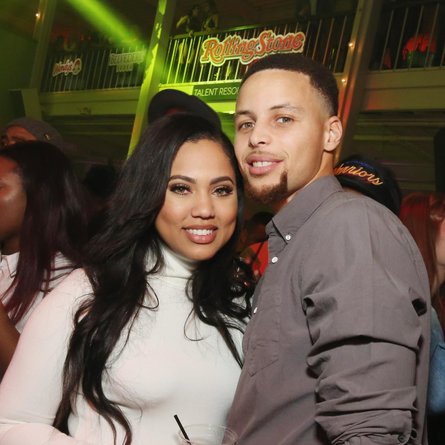 Curry proposed Ayesha, staying on one knee under the rain at the same place they kissed for the first time. That moment was really private, but Ayesha’s parents managed to tape it all through the window of their house. 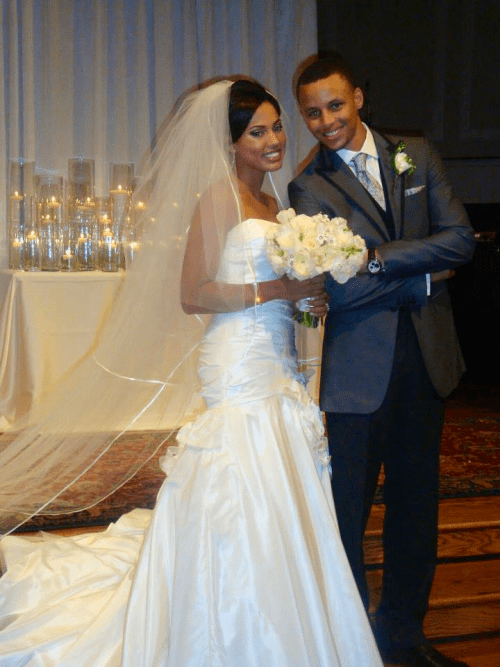 They wedded at a quite early age. As Stephen later told, he felt that he had found that very woman he wanted to share the life with. This incredibly beautiful couple had a great wedding ceremony, full of white flowers, open smiles and the sweet scent of real love. Curry and Alexander wanted to say “Yes!” at the church they met for the first time. After that they had a big wedding dinner. More than 400 guests were present at Steph and Ayesha wedding. They were supported by a party planner Tiffany Ratliff. All the details of the ceremony were photographed by Kristin Vining Photography.

Ayesha was unbelievably beautiful in an airy dress from Amsale. She couldn’t stop crying with happy tears, looking in her fiancé’s eyes, when he gave her a wedding bouquet, full of peonies and roses. 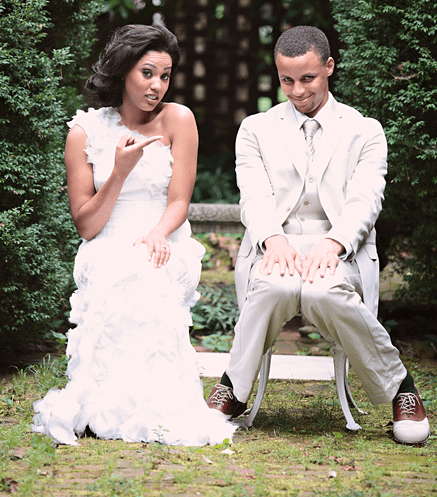 They went on honeymoon just after the ceremony. From the wedding tour Ayesha and Stephen brought their first daughter. Motherhood changed the woman’s plans and put on hold her acting and modeling ambitions. But she was happy to become a mom.

Of course, Ayesha is a wife of a wealthy man. Her loved one brings home millions of dollars, and she can just become a home staying mother. By the way, now Mrs. Curry has two daughters. 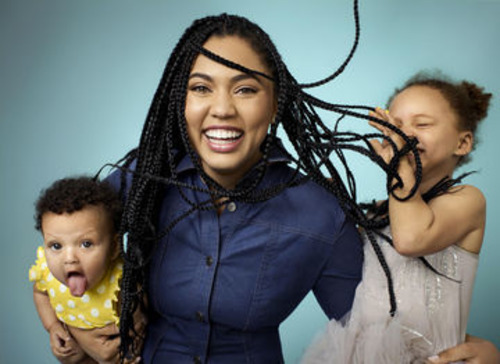 But being in the shadow of a superhero Stephen is not the thing Ayesha dreams about. She started another career – of a chef cook. Currently Ayesha develops YouTube channel, named “Little Lights of Mine” and has already published her first book, named “The Seasoned Life”. 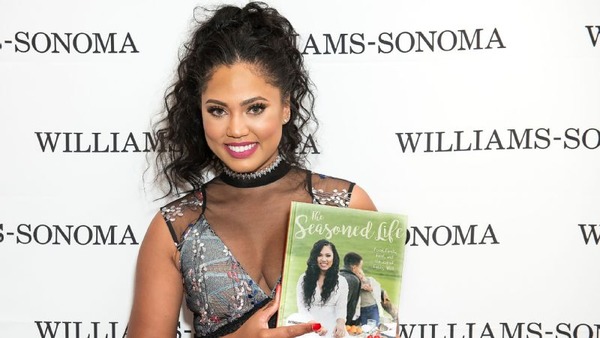 As Ayesha tells, cooking has always been the part of her life. Her mother has Jamaican and Chinese roots, while her father is Polish. Her parents cooked dishes from various cuisines and family dinner was an important part of Ayesha life.

She cooks for her husband with pleasure. Steph thinks, that chicken parm is the best dish his wife cooks. 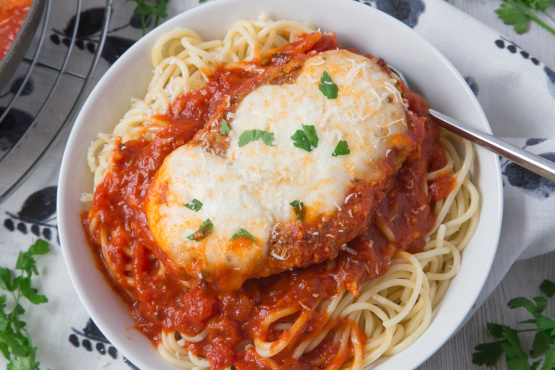 When Curry invites a couple of friends into their house, he is sure, Ayesha will cook great food for them. Thus Ayesha Alexander Curry leads her happy and simple life. It is not hard to love a superhero, isn’t it? 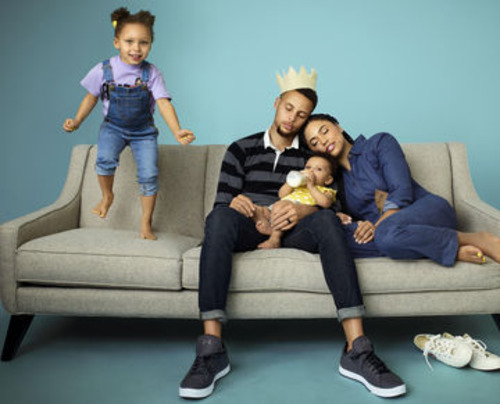