Home > Celebrity Family > Wife > Sylvester Stallone Wives: He Has Always Been Surrounded by Beauty and Grace

Sylvester Stallone Wives: He Has Always Been Surrounded by Beauty and Grace 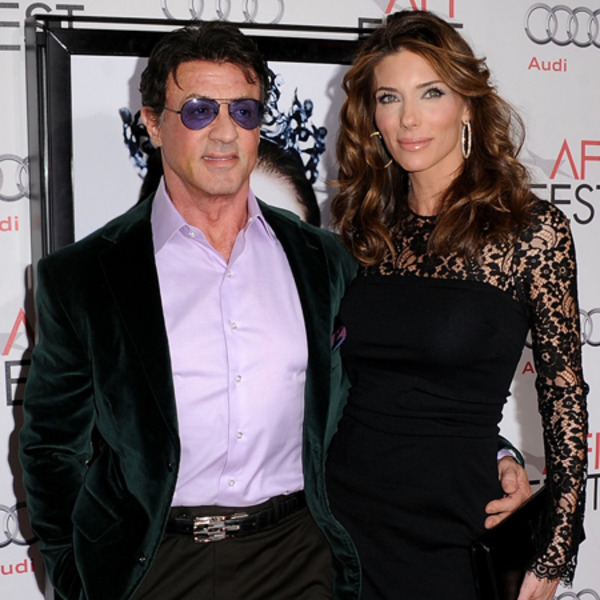 In his 71 he is full of energy and plans for future. One of the strongest TV actors, Sylvester Stallone seems to know the secret of eternal youth. “That’s because I’ve always been surrounded by beauty and grace!” he tells. Really, the movie star admires four beautiful women every day – his wife Jennifer Flavin and three their daughters. 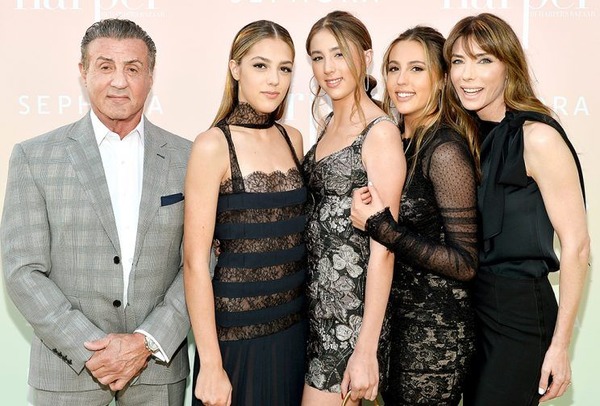 Stallone looks like a happy family man, and now it is even hard to believe, that he had to cope with lots of obstacles on his way to this happiness and stability.

As you know, the first and the main woman in life of each superman is his mother. Sylvester Stallone is very close with Jackie, his mom, but she is a very private person. Jackie kissed her son just once in her life – when she had divorced with his father. 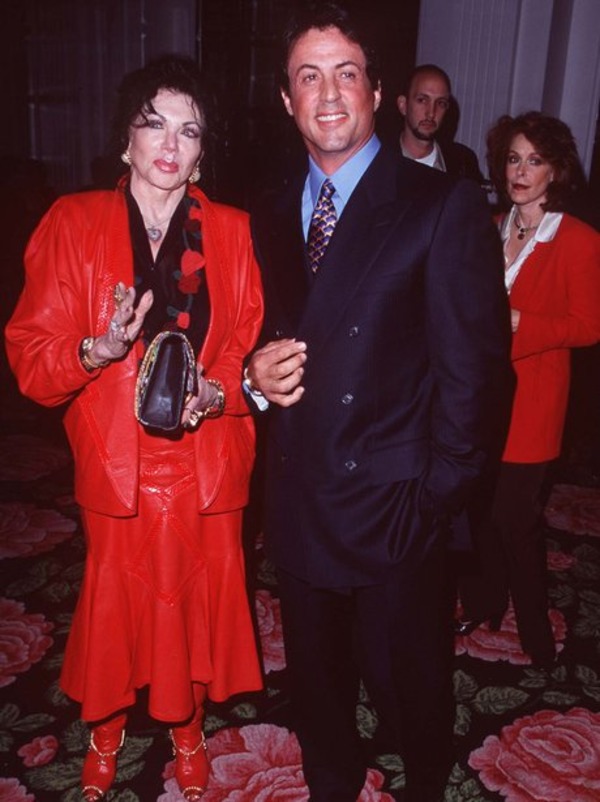 The lack of kisses from mom was offset by numerous kisses from women. Stallone had numerous love affairs and three times was married. So, be ready to meet three Mrs. Stallone – the main ladies in his life!

Sasha Czack – She Loved Him More than He Loved Her 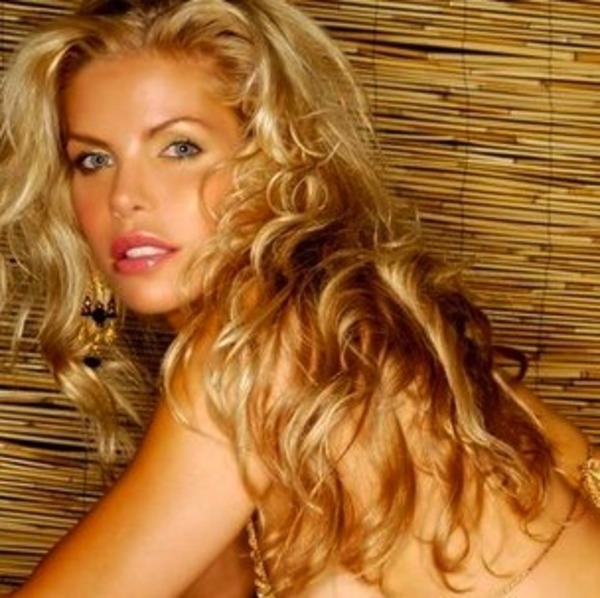 And like each fragile woman, she was fond of strong muscled men. That’s why she immediately fell in love with Stallone – he looked so reliable, so fit and self confident. 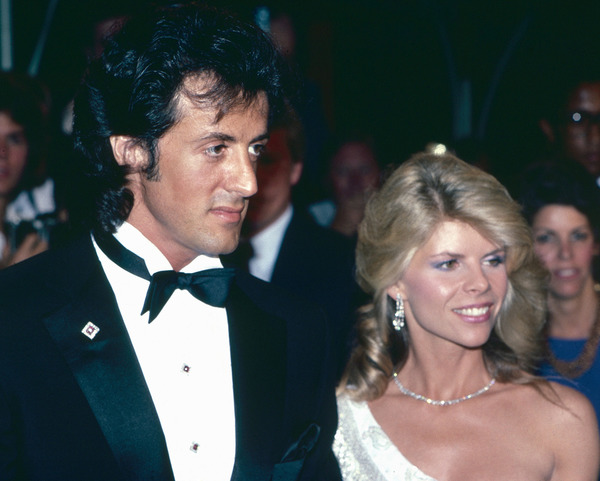 At that time Sasha was considered as one of the brightest girls in New York. She came there from her native Chester, PA with the typical for a young girl dream – to become an actress. To the moment of her meeting with Sly, she has already graduated from Notre Dame University, where she specialized in Media Studies. 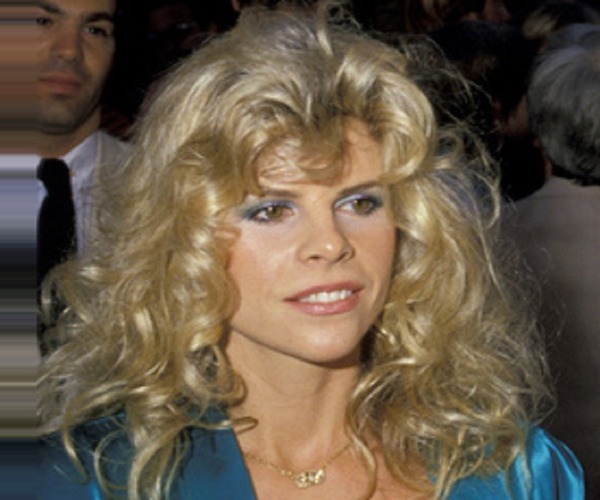 Sasha got some recognition as a photographer, and even made short appearances on TV. She acted in the series “Love of Life”. She cooperated with an American director Andy Warhol and he even wanted to make the beautiful blonde his muse, but Sasha met Sylvester.

His male charm captured her immediately; she was ready to spend each free minute in his company.

Sylvester Stallone hadn’t been popular yet, but he was going to film “Rocky”. He needed her help, and Sasha was ready to support her man. 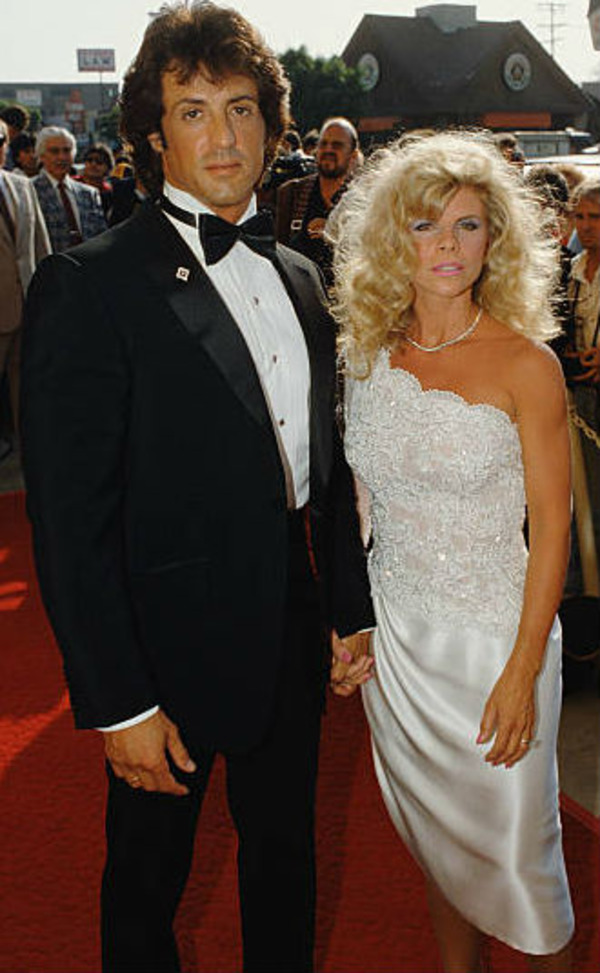 She refused from several interesting projects, and began to work with Sly on his “Rocky”. She was a kind of secretary for him – typed the scenario, made photos and even appeared in one of episodes of the hit movie – she portrayed a fan, who kissed the boxer on his chick.

He didn’t mention her name in credits, but offered her something more precious – his heart and his hand. They tied a knot on the 28th of December, 1974. That was a modest wedding ceremony of two unknown actors, who were just climbing a success ladder. But in several years Sylvester Stallone turned into a superstar, and she felt so comfortable in his shadow – probably, she liked him more than he loved her. 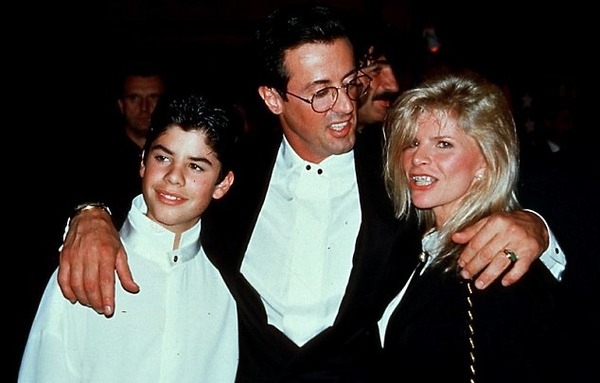 They gave a birth to two sons – Sage and Seargeoh – and both of them had a very complicated life (read about them in “Sylvester Stallone Kids”). When the youngest son, Seargeoh, was diagnosed with autism, Sasha officially announced about the end of her career.

Sylvester and Sasha struggled for the future of their ill son, and that changed them. The distance between them was getting bigger and bigger. In 1985 they filed for divorce.

After that Sasha Czack made another attempt to be happy – she married Rick Ash. But that marriage turned to be even shorter. Currently Sasha is single. She cares about her autistic son.

Sylvester Stallone tried to forget about family troubles, making one movie after another. But soon he met a woman, who cured his broken heart.

Brigitte Nielsen – She Loved Money More Than She Loved Him 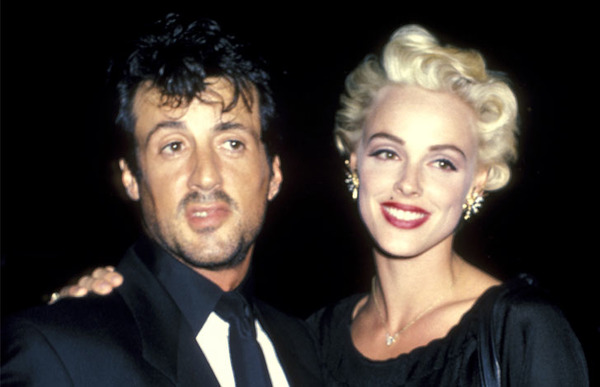 She was hot – very hot – and she knew that she makes men crazy about her.

Brigitte Nielsen was born on July 15, 1963 – and was 17 years younger than Sly. The blonde grew up in Helsingor, Denmark. She dropped studying at the age of 16 and then started career of a model. Brigitte dated a composer Kasper Winding and got pregnant from him. When the baby boy was born, she left him with his father and moved to USA to continue career in show business.

Since Marilyn Monroe American viewers like hot blondes, that’s why Brigitte Nielsen has become a desirable actress for many film directors. She debuted in 1985 alongside Arnold Schwarzenegger in a fiction “Red Sonja”, and the ex-Mr. Olympia gave her his heart. Their love affair was one of the most passionate in Hollywood, but Arnold left Brigitte because of Maria Shriver, who made him choose between her and his co-star. 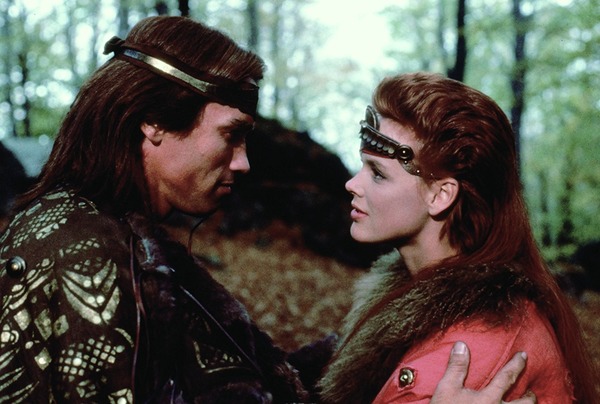 So, Arni returned to Shriver, and Nielsen caught the heart of another star. It is not known exactly, how she got acquainted with Sylvester Stallone, but the legend says, that she sent him her nude photo – and voila! – he invited Brigitte to his hotel room.

Brigitte Nielsen starred alongside her muscled lover in “Rocky IV”, where she portrayed a Russian Olympic swimmer, the wife of Ivan Drago (depicted in the movie by Dolph Lundgren). After that the famous couple Nielsen-Stallone acted in “Cobra”. 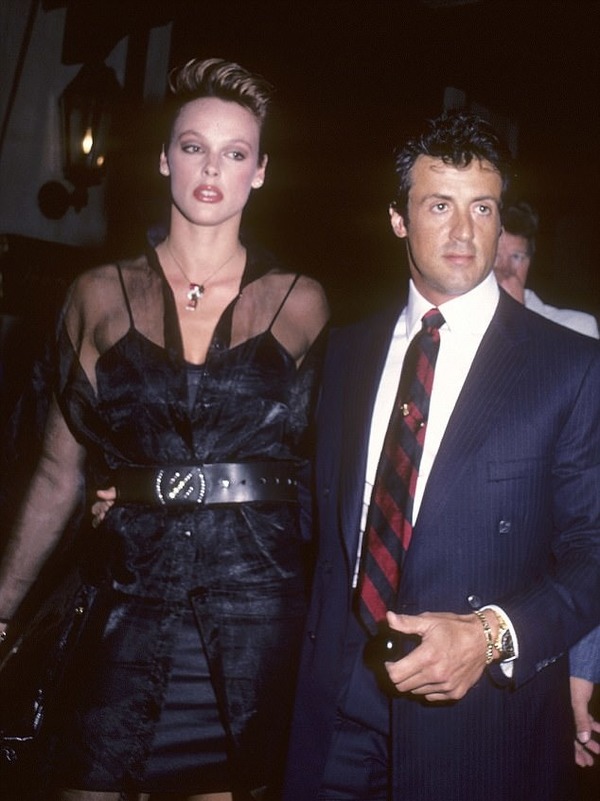 They wedded in 1985, one month after Rocky IV release. “He is absolutely obsessed with me and even carves my face on furniture of our mansion”, Brigitte Nielsen boasted to journalists.

But their marriage lasted less than 2 years. In July, 1987 Brigitte and Sly got divorced. Again, the reason of their split was not publicized. But they say, Nielsen cheated her husband with her female secretary – and after that he couldn’t forgive her. 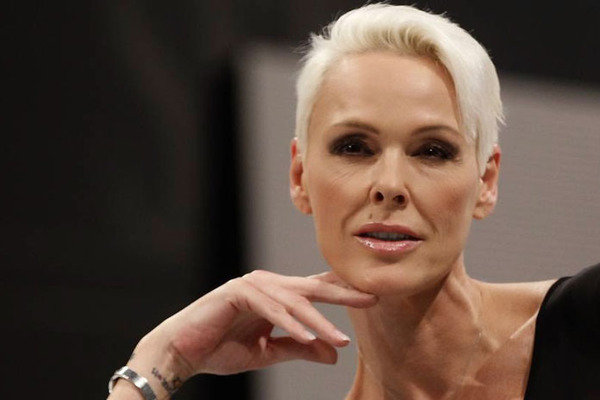 Jennifer Flavin – They Love Each Other

He was older than her, and she was incredibly beautiful. No wonder that they both immediately fell in love. Jennifer Flavin was just beginning to make career of a model, while Sly had already become a superstar. 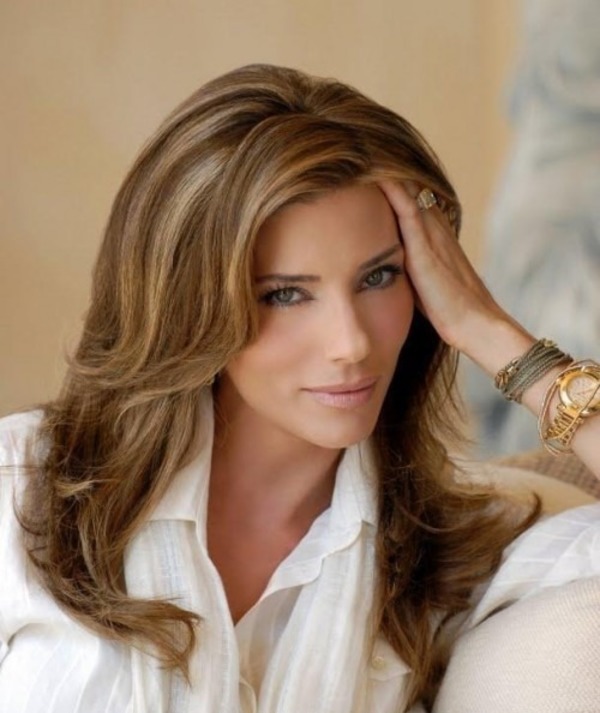 In fact, Jennifer Flavin didn’t plan to catch a rich fish into her net. Then she was focused on her career – the girl wanted to support her mother and six siblings.

Flavin was born on August 14, 1968. She grew up in a suburb of LA, and attended El Camino Real High School. When Jen turned 11, she faced the first tragedy in her life – her father passed away. After that Jen’s mother worked from morning till night to earn enough money for her 7 children.

At the age of 19 Jennifer Falvin signed the deal with Elite Modeling Agency. She started modeling – and helped her mother with cash. 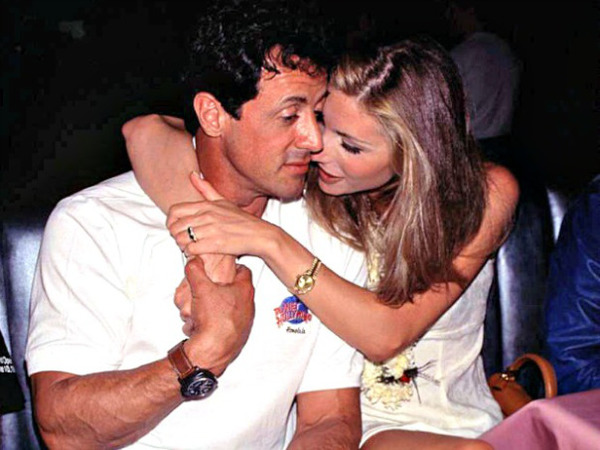 To the moment of his meeting with Jen, Stallone turned 44. He had two unhappy marriages behind his back – and couldn’t hope to create a good family one more time. He saw a beautiful young woman in a restaurant – and it took him two minutes to come to her. But it took long 9 years to marry her. 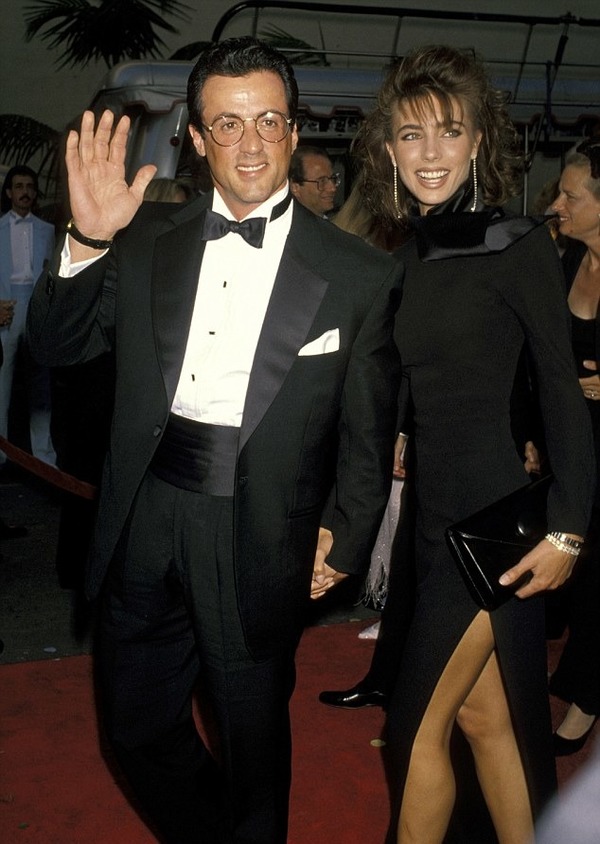 Sly and Jen fell in love immediately, but they dated for long, before he finally made an important step – and proposed her. To the moment of their wedding they had already welcomed the first daughter Sophia. They say, romantic Stallone proposed his wife through a love letter.

The beautiful couple wedded at a small cozy chapel in England and then invited their guests for wedding dinner to the hall of famous London hotel “Dorchester”. They tied a knot in May, 1997. 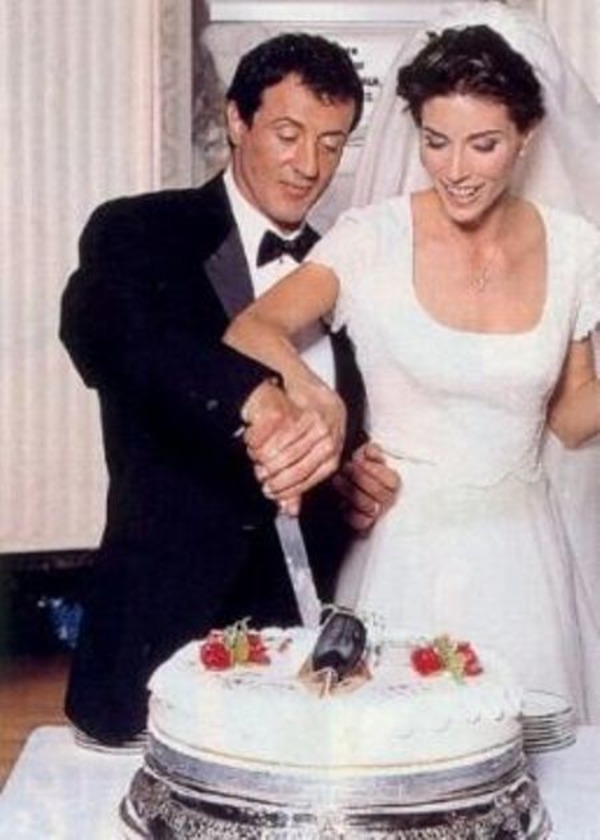 From that moment Sylvester Stallone has been surrounded by the beauty and grace of his wife Jennifer and daughters Sophia, Sistine, and Scarlet.

By the way, this time Sly really adores his wife. He never gets tired to shower Jen with compliments. “She is so smart!” he tells in almost each his interview.

Jennifer Flavin can really serve as a role model for many women worldwide. She has become a great supportive wife and mother, successful business lady (Flavin co-owns the skin care line) and occasional actress (she appeared in “Rocky V”, “Hollywood Women” etc). 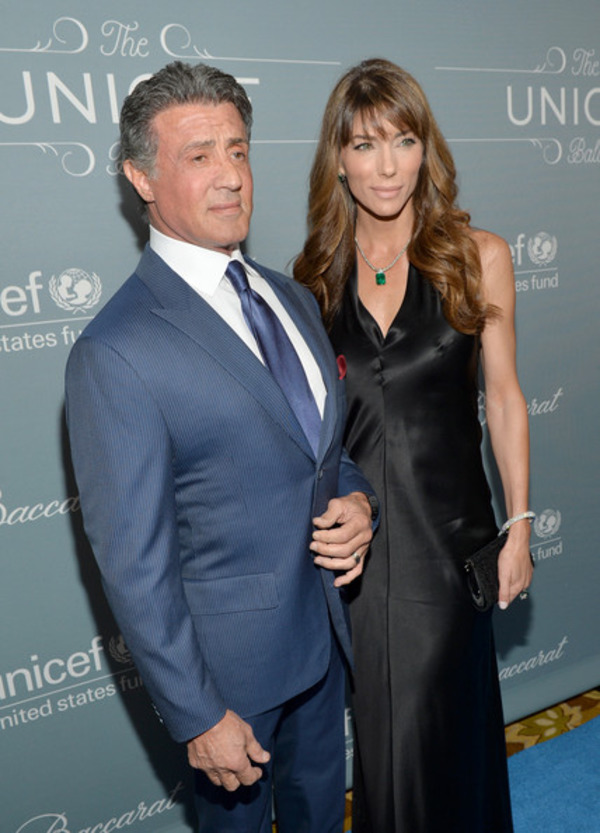 Till now Jennifer Flavin has a model-like body, in spite of the fact that she is 49 and she gave a birth to three kids. In addition, she is a best friend and adviser of her famous husband.

“My wife is always right!” he says.