Home > Top Hottest Expenses > Ten Stars, Who Own The Most Expensive Car Collections: One More Way to Spend Cash

Ten Stars, Who Own The Most Expensive Car Collections: One More Way to Spend Cash

Celebrities in our list earn millions of dollars every year. And they know at least one way to spend their cash – they buy expensive cars. Each of the stars that we have chosen for our list, love the high speed, the noise of the engine and the smell of gasoline. They buy expensive cars just as you buy posters of your idols. So, here are ten stars, who own the most expensive cars in the world. Some of our celebs have even more than 10 classy vehicles. 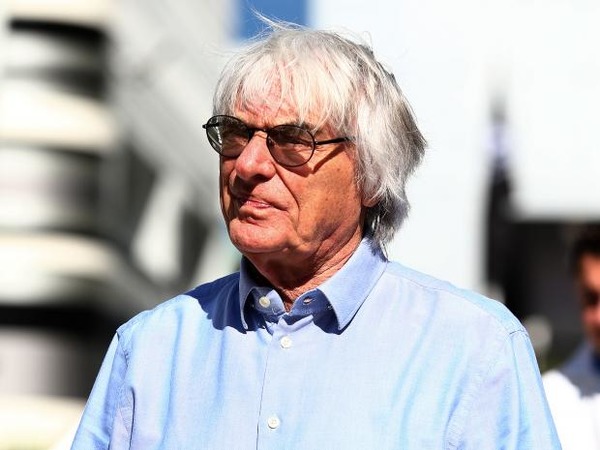 Former chef of the Formula One Group, car racer and business mogul, Bernie Ecclestone owns $3, 1 billion net worth. The solid half of his wealth he spends for luxurious vehicles. It is not known exactly, how many cars are in Bernie’s collection. Probably, he had never counted them himself. But no doubt, his car collection includes at least 100 expensive cars. Retro cars, bolides and massive Jeeps – everything you can find in Ecclestone’s car collection. 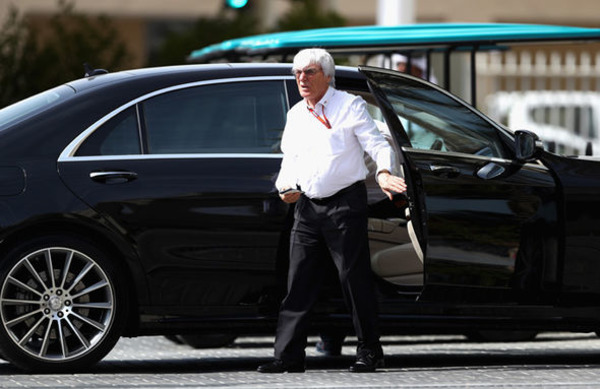 In his younger years Bernie bought each vehicle, which caught his attention – just because he liked it. He put the car into his garage and used from time to time. After several years of usage he could sell the car – very often the price of the rare vehicle became bigger with age. Alongside traditional for a celebrity cars, like Rolls-Royce, Jaguar, Lamborghini, Cadillac, Aston Martin, Ecclestone owns really unusual models of cars, which have their own history. Thus he had Mercedes-Benz 540K 1937, which cost him $5 million euro. Another priceless car was Lancia Astura Lungo, which was owned by dictator Benito Mussolini.

Currently Bernie Ecclestone car collection consists most of bolides. He keeps his cars on the territory of a private airport in Biggin Hill, in the south part of London. 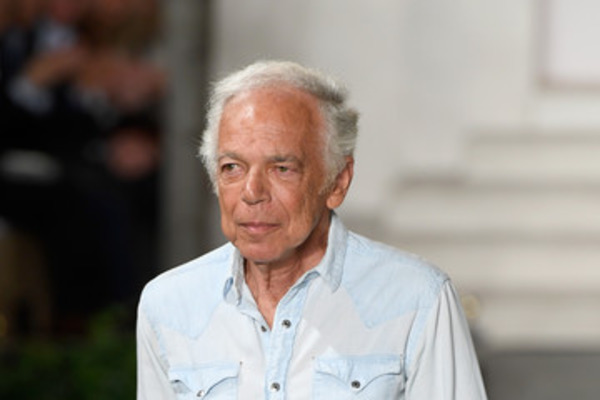 He has about 60 cars in his collections

Most of people know Ralph Lauren as a legendary fashion designer, who used to run Ralph Lauren Corporation till September, 2015. During his years in fashion, Ralph Lauren gained the reputation of the favorite designer of the stars Rose Byrne, Jessica Alba, Cate Blanchett and many others. Alongside making a super successful career, Ralph Lauren found time for creating a huge collection of rare cars. 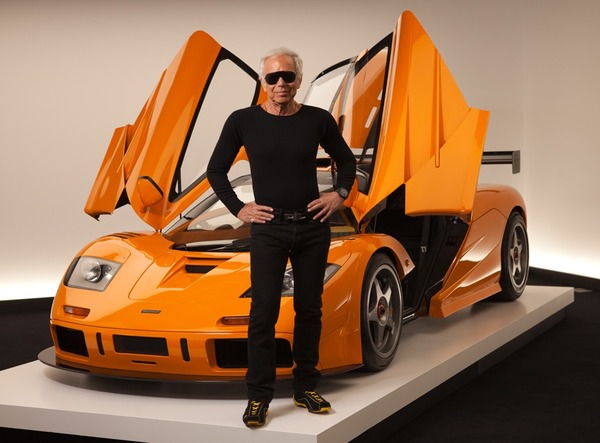 In fact, Lauren, whose net worth is estimated at $5, 3 billion by Forbes, has an opportunity to buy any car he likes. The stellar designer’s car collection includes 60 classy vehicles. Some of them are really priceless, like 57SC Atlantic Coupé, which is estimated at $40 million. The other rare car in Lauren’s collection is 1962 Ferrari 250 GTO, which price is $38 million.

Ralph Lauren is a person with a busy schedule, but he finds the time to care about his car collection. He is ready to ship his precious vehicles in the other countries to display them in museums. 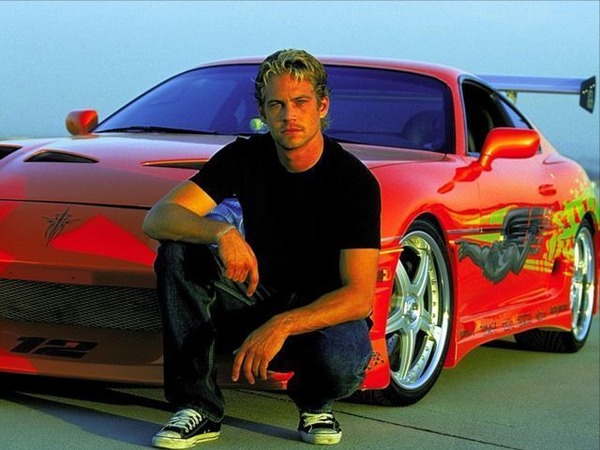 He had about 40 vehicles in his collection

It is an irony of fate that Paul Walker’s death found him in a car, because he used to be a real car lover and spent most part of his wealth for beautiful and fast autos. In 2013 just before his unexpected death, Paul Walker had about 40 cars in his home collection. The star of Fast and Furious, Paul had really unusual classy car models, such as Rolls-Royce Phantom, 2008 BMW, 2011 Porsche etc.

As Paul was a busy movie star, he had not enough time to care about his cars. That’s why he hired a Californian Richard Taylor to work in his garage in Valencia, CA. Probably, it was Richard, who stole the major part of late Paul Walker’s collection. Numerous rare vehicles disappeared from Paul Walker’s garage just within 24 hours after the sad news about the actor’s death. 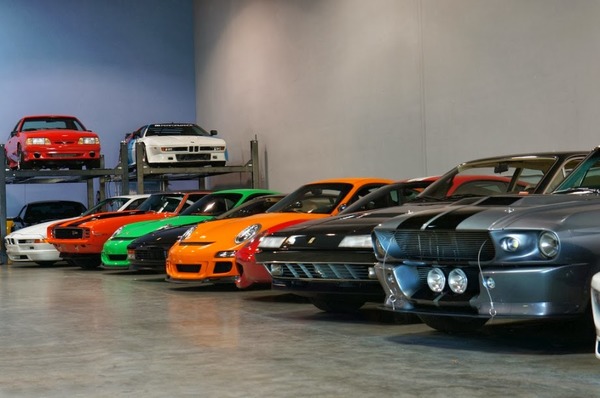 To get the cars back, Paul Walker’s estate started a lawsuit against Richard Taylor. Later two opponents filed a settlement, according to which Paul Walker’s cars had to be returned to his collection. 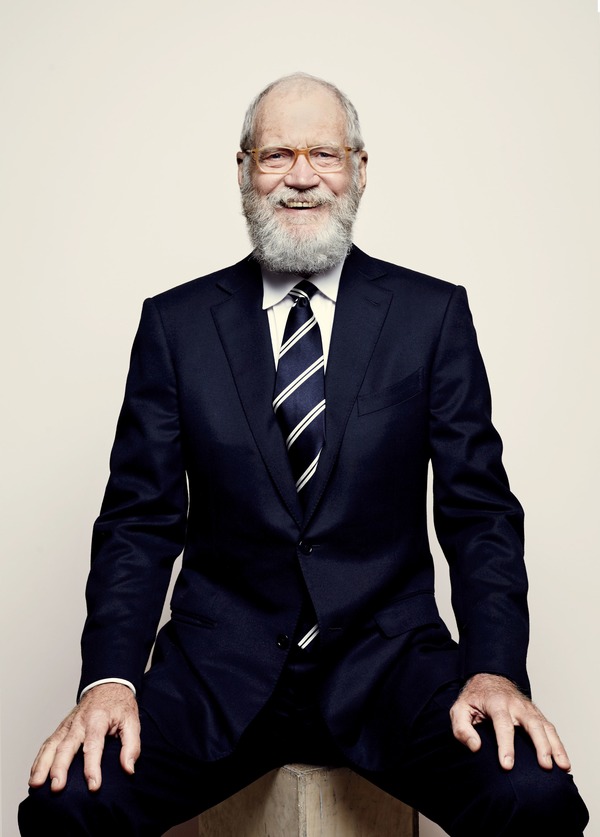 He owns about 30 vehicles

In May, 2015 David Letterman announced about the end of his career on TV. That’s why now he has even more time, which he can devote to building his car collection.

The former TV host and comic is a famous car lover. He used to tell about his car collection during his appearance at the show “Comedians in Cars Getting Coffee”.

In fact, David Letterman has been interested in automobiles since the very beginning of his career. Then he was the anchor of WLWI television and intended to become an automobile journalist. But he had made another choice and started to host late night shows. 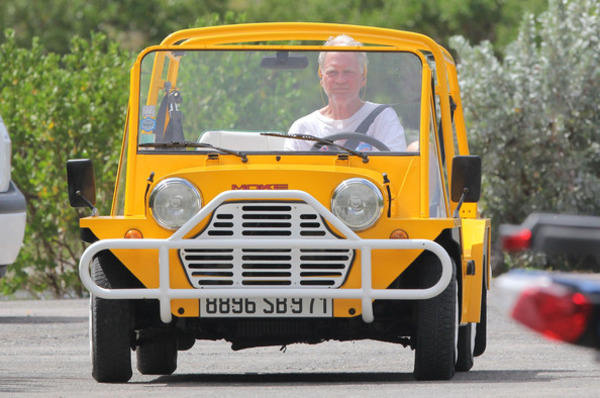 David Letterman’s passion to cars was expressed in another way. He started to buy unusual expensive vehicles for his home collection. He hadn’t publicized his hobby for a long time. But finally he opened up to a show host  Jerry Seinfeld, that he owns several Ferraris, Volvo, Mercedes, Jaguar and many other cars. In addition Letterman has two motorcycles in his roomy garage. In general the TV host own about 30 vehicles in his expensive collection. One of his most pricy autos is 1968 Ferrari, which costs $178, 000. 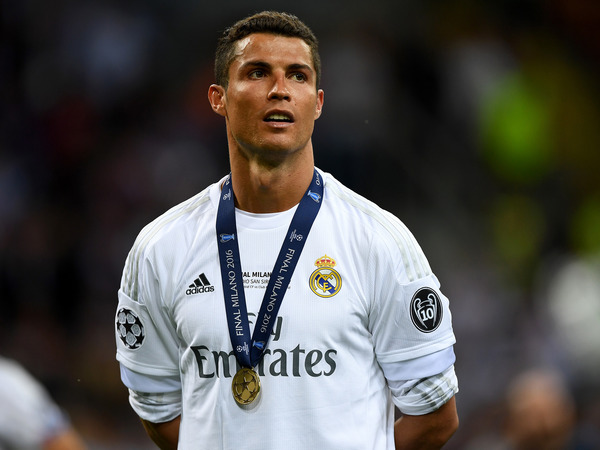 He has 11 cars in his collection

Everyone knows, that each event demands its clothes. We choose the tuxedo for a special occasion and the swimsuit to go to the beach. The richest people, like Cristiano Ronaldo, change not just apparel, but a car too. Thus he took Mercedes Benz C-Class Coupe (the simplest in his car park) for vacation and elegant Audi Q7 for Golden Ball Award ceremony. 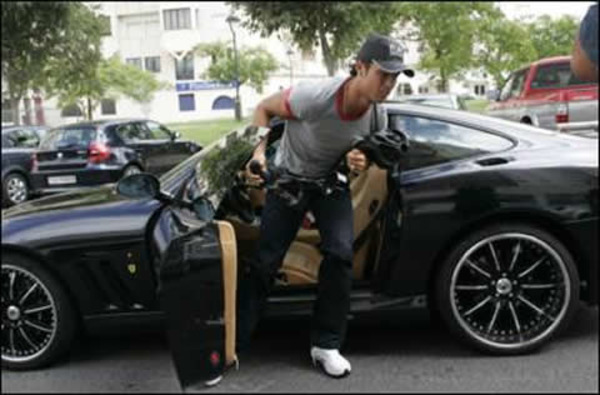 In general Cristiano Ronaldo owns 11 lavish vehicles. He has such cars as Porsche Cayenne Turbo, Bentley Continental, Ferrari 599 GTB Fiorano etc. The price of the cars in Cristiano Ronaldo collection starts from €100, 000 and more. Thus he paid €255, 000 for Lamborghini Aventador LP700-4 and £830, 000 for Bugatti Veyron, which he bought from his earnings for Nike endorsements. 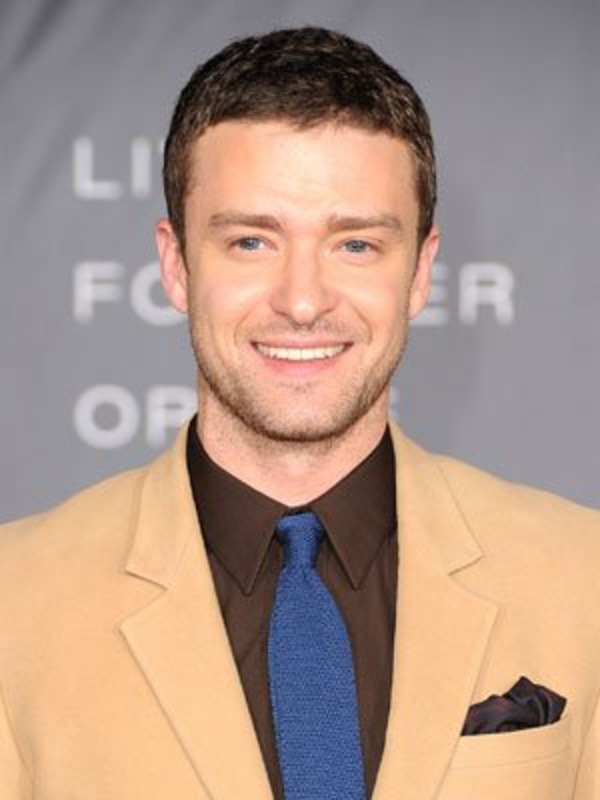 He has 10 cars in his collection

The famous singer and actor Justin Timberlake used to tell, that he had been in love with luxurious vehicles since childhood.  If in his young years he could just admire the speed cars on photos and on TV screen, later, when he accumulated multi-million wealth, he started to collect them.

Currently the star Justin Timberlake has about 10 cars in his garage. He prefers elegant sport cars, like Audi TT, Dodge Viper SRT-10 and others. 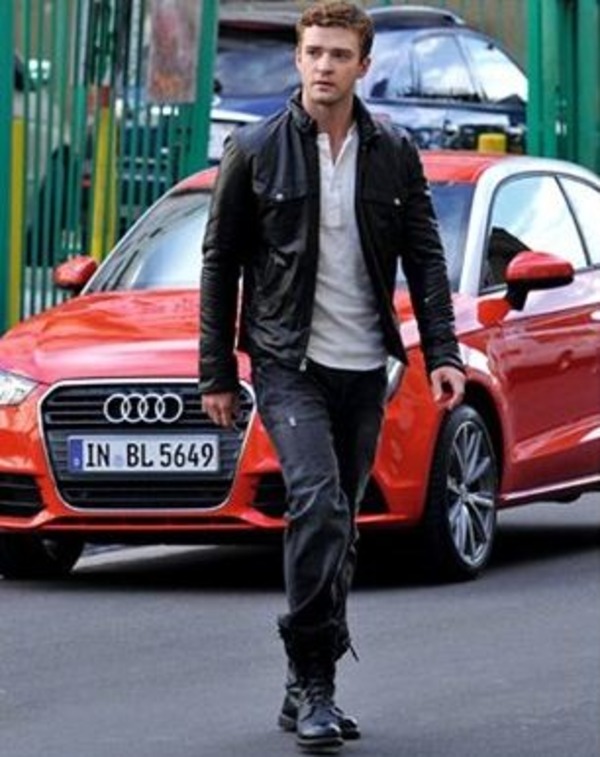 Not long ago Justin Timberlake added Jeep Grand Cherokee to his car collection. The price of this lavish vehicle is about $30, 000. 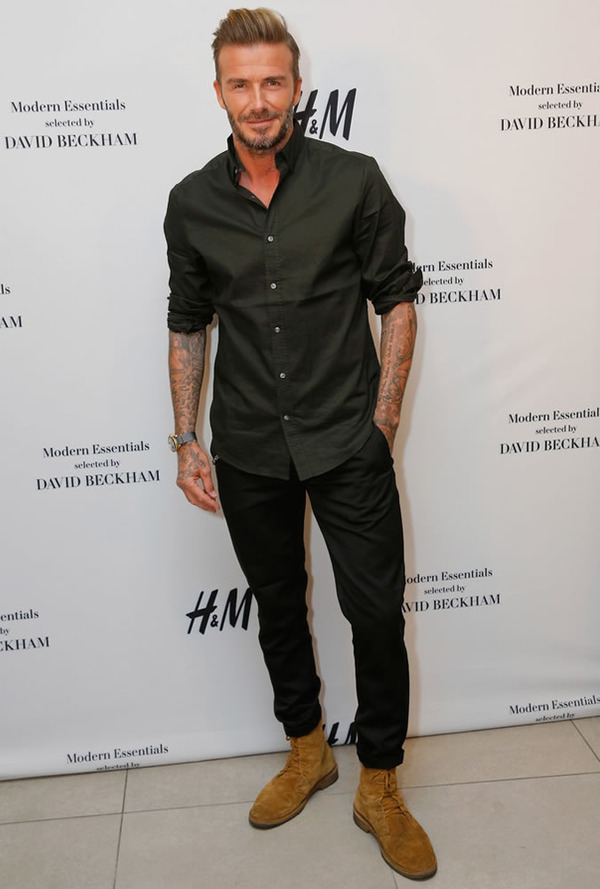 He owns about 9 vehicles

The football star and father of four, David Beckham owns $480 million net worth. David’s wealth opens lots of opportunities for him and one of them is to buy the most expensive cars in the world. David is a well-known lover of classy cars. His car collection includes about 9 vehicles. In fact, it is hard to count the exact amount of the cars in his garage, because David changes his vehicles very often. The ex-football star sells the car immediately, if the car bored him. In general he owned about 20 various cars during the years of his career. David Beckham drove Porsche 911 Convertible Turbo (which later one of his fans bought through an auction), Rolls Royce Phantom Drophead Coupe, which he bought for $500, 000; Chevrolet Camaro, which cost astonishing £35,000 and many others. 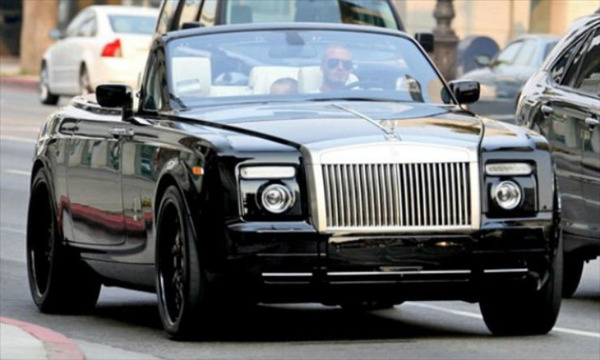 The incredibly affluent person, Beckham buys new vehicles for his home collection very often. One of his latest additions is Bentley Bentayga. Although the vehicle was criticized in press for its design, David valued its exotic look and immediately got it. 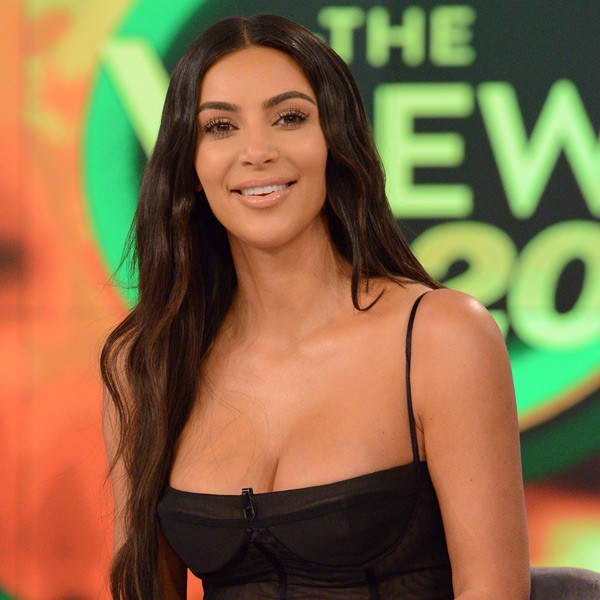 She owns about 8 cars

Kim Kardashian is not a devoted car lover. But as a person of style, Kim likes to have luxurious expensive things around her. Cars are not exclusion, that’s why the reality show star has a massive car collection at home. In general Kim owns about 8 vehicles in her garage. One of the most beautiful cars in her collection is Ferrari F430, which she bought for impressive $526,950. The incredibly elegant car suits fashionable Kim. She uses the red fast vehicle to visit parties and ceremonies.

Among the other autos, which Kim Kardashian added to her home car park, there are Mercedes Benz S550, which costs $125, 000, Rolls Royce Ghost, Porsche Panamera and others. 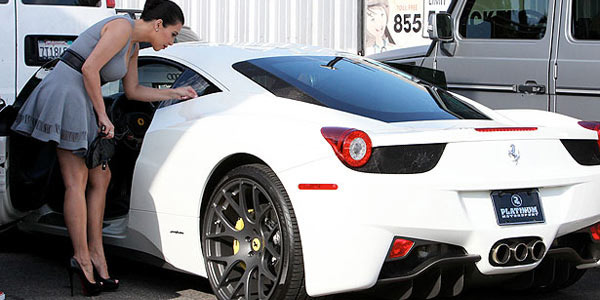 In fact, having a car is something habitual to Kim. The girl, who comes from a very rich family, got her first car at a tender age of 16. Kim’s late father Robert Kardashian bought white BMW for her 16th birthday. He put it in front of the entrance to the restaurant, where Kim had her birthday party. Then he took his daughter out of the restaurant and showed her the vehicle. 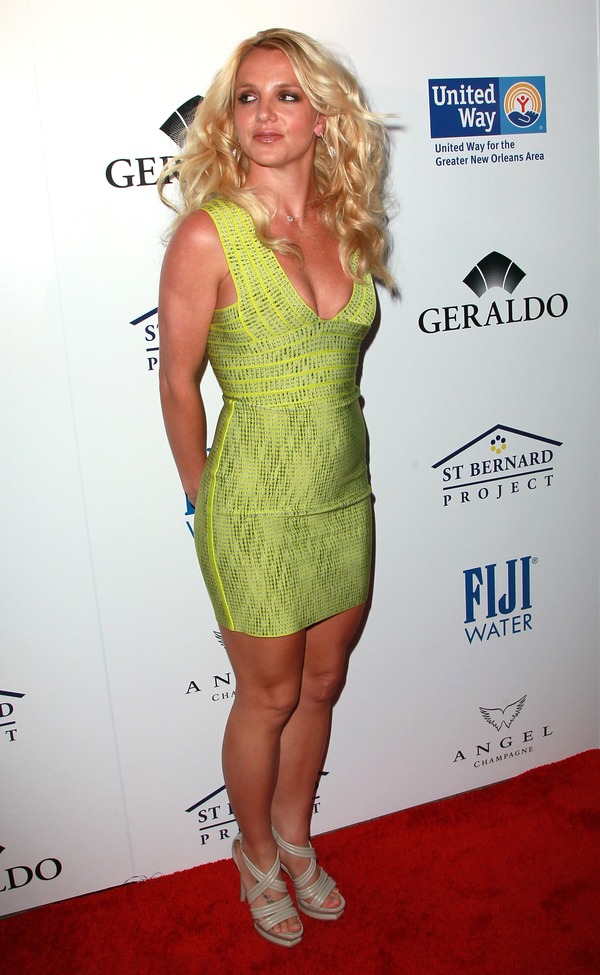 She has 7 cars in her collection

As you know, women usually spend their money for clothes, cosmetics and accessories, but not for cars. Nevertheless there are ladies, who are crazy from flashy autos. Britney Spears, who has already appeared in our list of top star spenders for their beauty, managed to stand out among car lovers too. The beautiful singer, actress and mother of two boys, has impressive car collection in her garage. She drives from time to time Maserati Gran Turismo, Mercedes SL 500 and Ferrari. 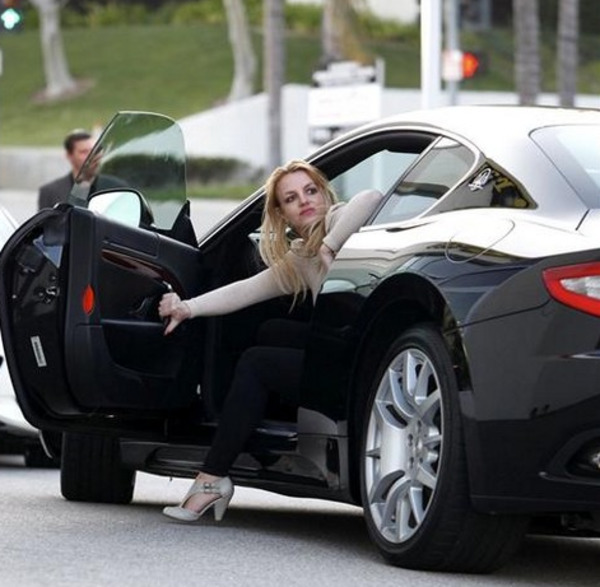 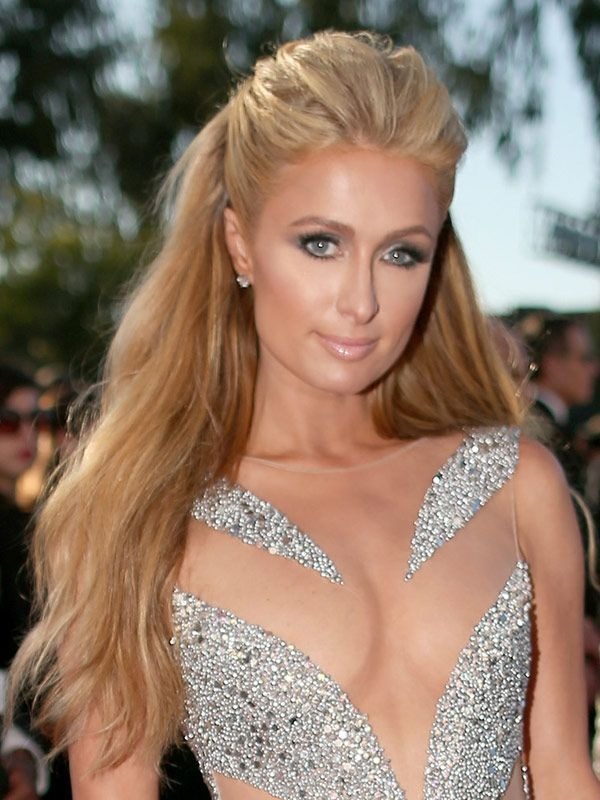 She has more than 6 cars in her collection

Probably, she will never get an Oscar for her acting, but surely, she will get another expensive swanky car in her collection. Paris Hilton owns about 6 cars in her car park. She used to drive Lexus LFA, Mercedes-Benz SLR McLaren and Ferrari California. 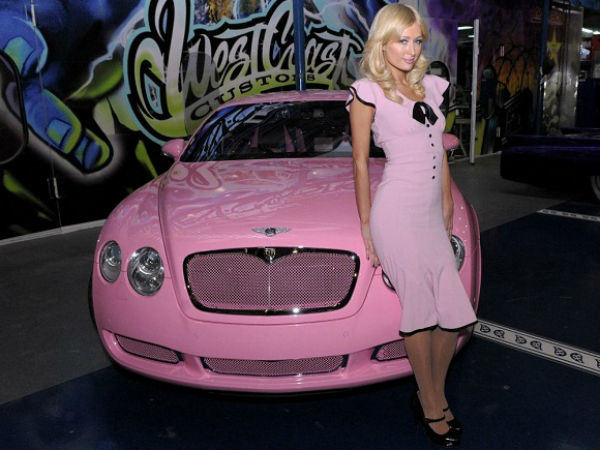 One of the most unusual cars in Paris Hilton’s collection is pretty pink Bentley Continental GT. The car, designed especially for the slim blonde Paris, has her logo on the dashboard. Bentley  is decorated with real diamonds and looks like a magic vehicle from Barbie series. Paris Hilton paid $400, 000 for the elegant girly toy without hesitation.

So, the celebrities, who know everything about moneymaking, open their checkbooks in order to buy one more car. Luxurious vehicles can never be too much!