Tiger Woods wife Elin Nordegren: “It was hard, but it didn’t kill me!” 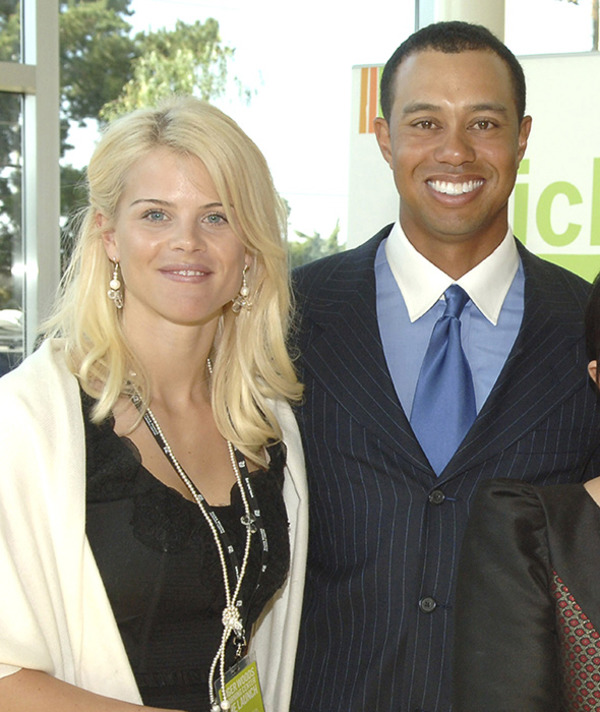 Celebrities haven’t been used to keep any secrets from fans. However, Tiger Woods and Elin Nodrigen were hiding their family problems for years. Their divorce in 2010 was very scandalous, despite all attempts to separate peacefully. Later Elin decided to give a single interview to People magazine. 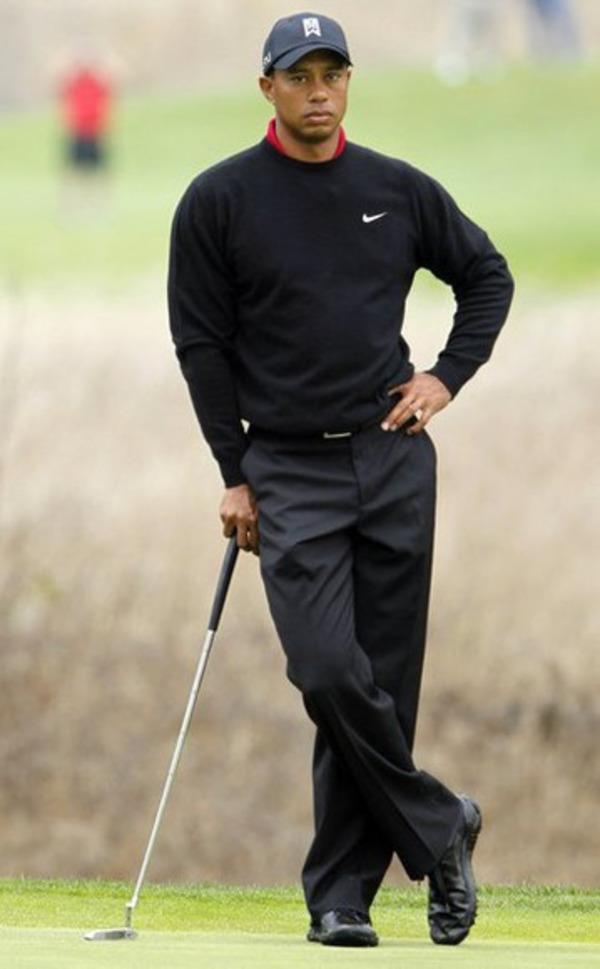 “It was hard, but it didn’t kill me!” Tiger Woods wife said. She meant numerous betrayals of her husband during 6 years of their marriage. While being married, Woods was involved into romantic relationships with more than 100 women. If you want to know everything about Elin Nordegren life before, during and after Tiger Woods, then keep on reading!

The golfer Tiger Woods is considered as one of the best athletes of all times. That’s why his fans were surprised, when their favorite player began appearing in public with a tall slim blonde. She was very beautiful, but her face was not recognizable. Woods’ girlfriend was not a celebrity, but she came in the limelight, when the golfer introduced her as his girlfriend. 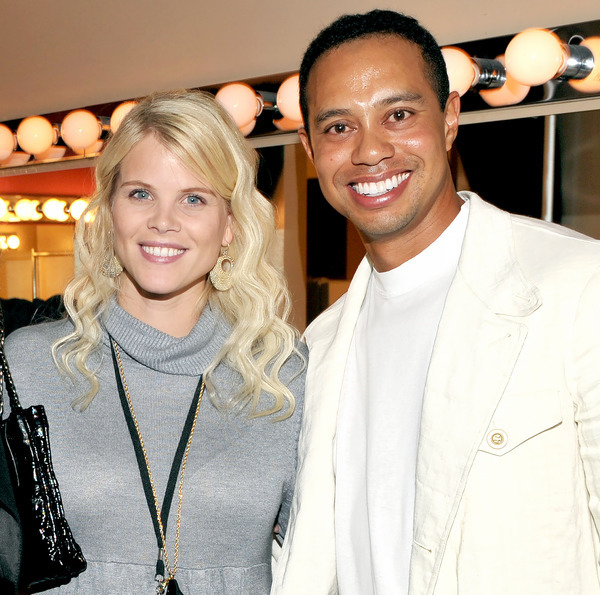 Elin was born in 1980 in Stockholm, Sweden. But she spent her young years in Vaxholm, a small city not far from Swedish capital. By the way, Elin has a twin sister and an older brother.
When the girl turned 6, her parents divorced. After that each one followed his own way and pursued his career. Nordegren’s mother earned her living as a politician and was quite successful in this area, and her father was a popular radio journalist.

Having reached her teens, Elin turned into a real beauty – slim, long-legged and very hot. Her long blonde hair and blue eyes made the men around her crazy. But she was not going to spend her time, dating and visiting various parties. After school Elin entered a University. 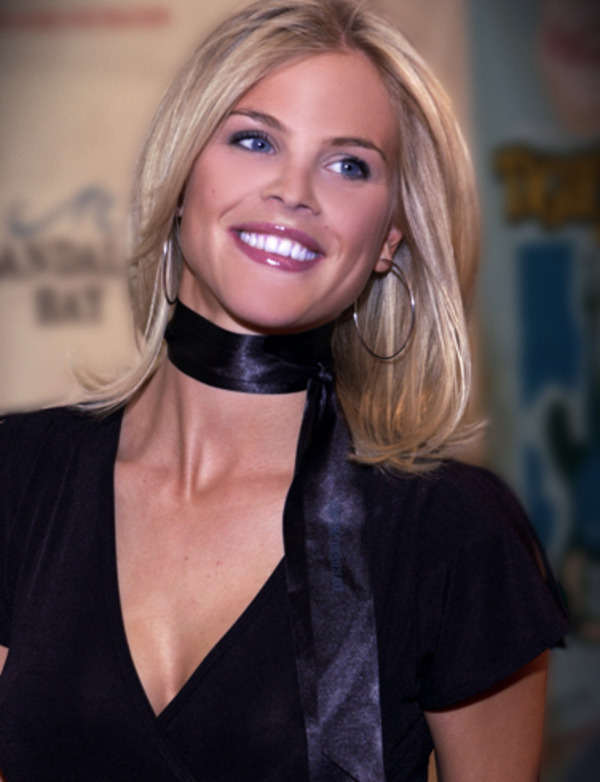 She dreamed to become a child psychologist. Although both her parents earned enough, young Nordegren wanted to be independent from them. That’s why she was ready to take any odd job.

Of course, the beautiful girl was noticed by a photographer. Bingo Rimer had previously worked with many models. His eyes got used to catch the prettiest faces and bodies from the crowd. When he met Elin, he immediately offered her a deal. 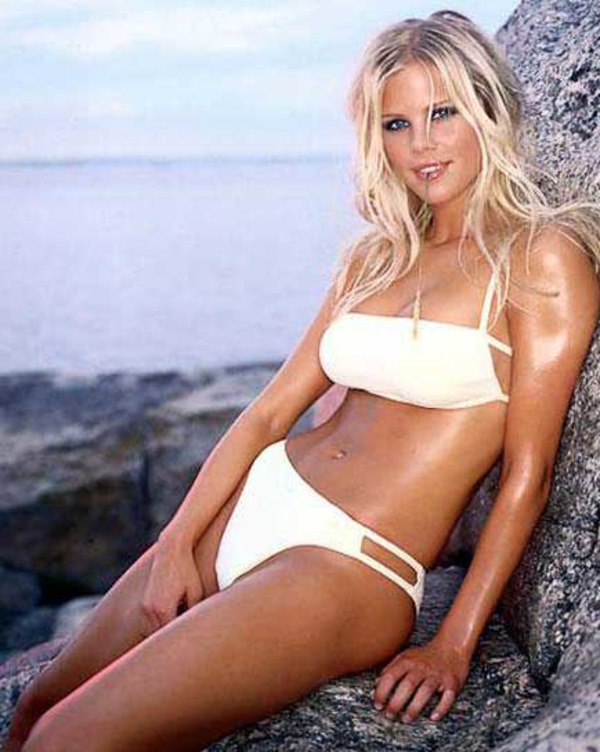 She gained a modest popularity, but suddenly decided to leave modeling. Instead of it Nordegren found a job at a prestigious boutique. The girl had a delicate taste, and she helped rich women to find the clothes, which fit them.

One of her clients was Mia Parnevik. The woman bought clothes in this store quite often and each time she was charmed by a smart beautiful girl Elin, who gave her reasonable recommendations.

One day they got chatting, and Elin told, that she planned to get a degree on child psychology. The girl had a hot model-like body, but she preferred to spend her time not with young men, but with kids.

Mia offered Elin the work of a nanny. Mrs. Parnevik opened up, that she was a wife of a famous golfer Jesper Parnevik. They lived in Florida and brought up kids. Elin accepted the offer and soon left her home city.

In Florida Elin felt like fish in a barrel. She spent her days, caring about Parneviks. Many famous golf players came in their house and looked at her with hot interested eyes. Most of them tried to court her, but Elin didn’t accept that attention. She was fond of her job and new life in USA. The ex-model didn’t want to date anyone.

But one day she met him. 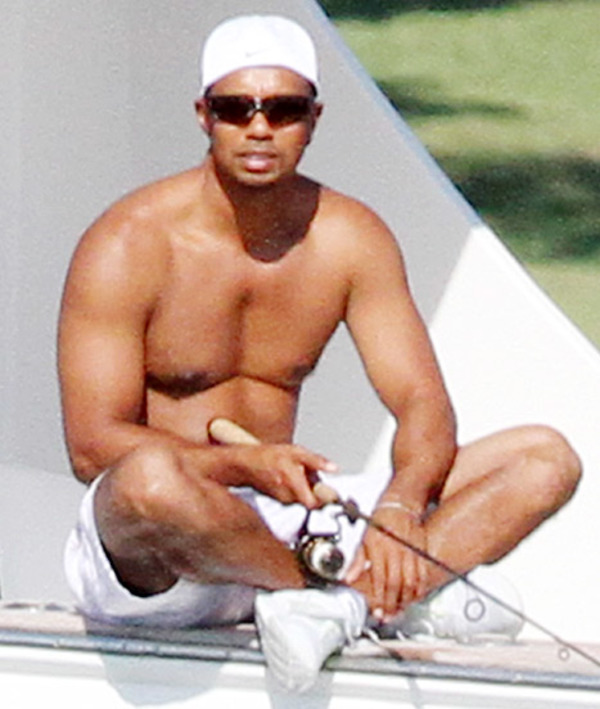 Tiger Woods Wife Elin Nordegren – What Did She Do to Get that Title?

Woods came to Parnevik house and met Elin there. Tiger fell in love with her at first sight. No wonder, because she was a great combination of first class beauty and deep brain. In addition, Elin was 5 years younger than him.

Tiger has just separated with his long-term girlfriend Joanna Jagoda. He was a rising star in golf, and of course, lots of girls surrounded him after each successful game.

But his heart belonged to Elin. He asked her to go out several times, but the girl refused. She wasn’t interested in golfers and didn’t want to date a celebrity. But Tiger Woods used all his charm to make Nordegren love him. And as it usually happened to him – he won again. 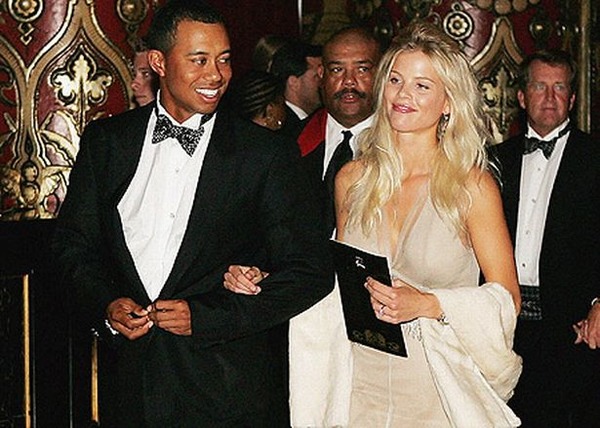 They started dating in 2002. Tiger introduced Elin as his girlfriend at the Bay Hill Invitational. After that she was followed by paparazzi all the time.

Elin, who had no idea about celebs’ life, very soon learned the rules of the game. She kept silent about her relationships with Tiger. And she always looked great – like a star.

In late autumn 2003, Tiger invited Elin to South Africa. He had a game there and convinced Elin Nordegren to come with him – for support. In Africa Tiger stood on one knee and gave her a ring – incredibly beautiful and expensive, of course. Woods has achieved a lot – fame, multi million salary and the title of the most popular golfer in the world. Finally, he was ready to settle down. At least, he said so. And she believed. 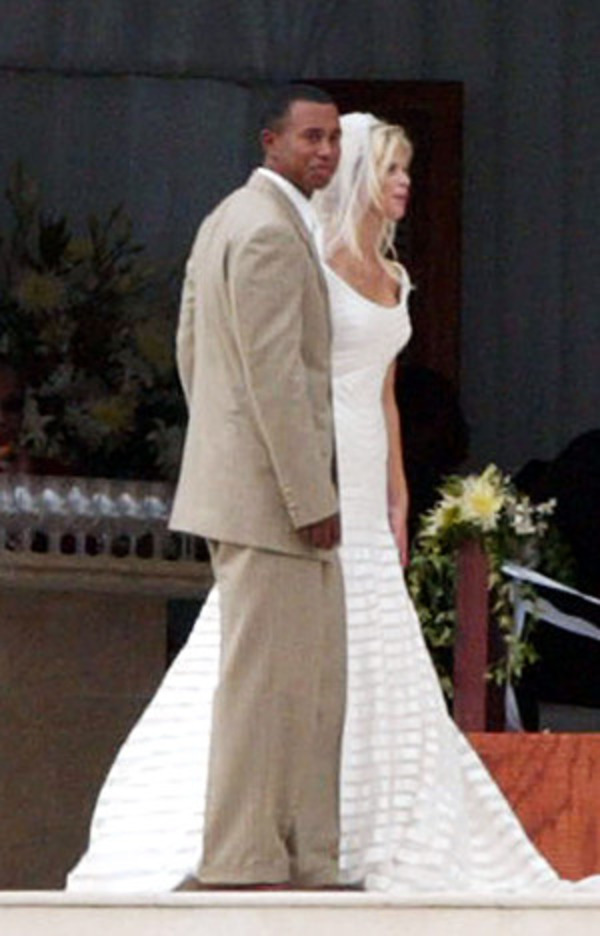 The couple wedded on October 5, 2004 at Barbados. Elin and Tiger exchanged their votes in the rays of an afternoon sun. Two hundred guests – just relatives and best friends – attended their wedding. Elin got congratulations from Michael Jordan. She had become Mrs. Woods.

Tiger Woods and Elin Nordegren Divorce. Why did he need painkillers?

Believe it or not, but their couple looked really happy. They appeared at public events – she, a skinny blonde, and he, a strong brunette, and inspired the others with their sparking love.

They gave a birth to two kids – a daughter and a son. Elin loved them and loved him. She was the happiest woman in the world. Till that cold autumn evening.

On November 27, 2009 Woods crashed into a pole. He was driving his Mercedes and lost control of the vehicle. When the police came to the place of incident – not far from Woods and Nordegren house, they noticed the broken window on the back part of the car.

Tiger explained that the window was broken by his wife. She wanted to get him out of a car after a crash.

But according to rumors, Elin broke glass with a golf club in anger. She had just heard about her husband’s betrayal. He was in long term relationship with a club owner Rachel Uchitel. 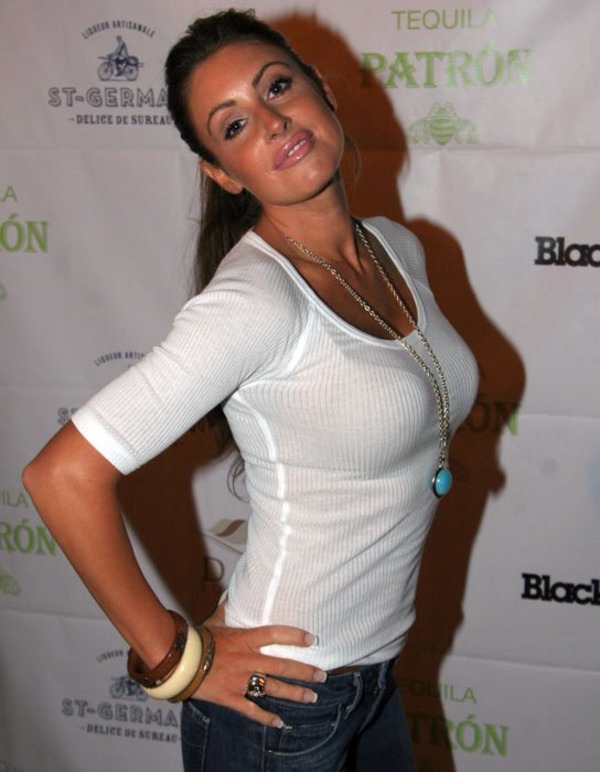 According to rumors, when cops found Woods in a crashed car, he was almost asleep and couldn’t explain who he was and where he lived. At first cops thought that the richest athlete in the world was drunk. But it turned out, that he was under the influence of medications. The athlete took sleeping pills, as well as painkillers. After numerous professional traumas and operations, which followed them, Woods practically couldn’t sleep without pills.

The cops fined the golfer for $164 and took him to the hospital. Till now Woods fans couldn’t look at his photo, made by cops after the incident. Always active and fit, Tiger looked sick and depressed. He had circles under the eyes, sagging cheeks and empty look. 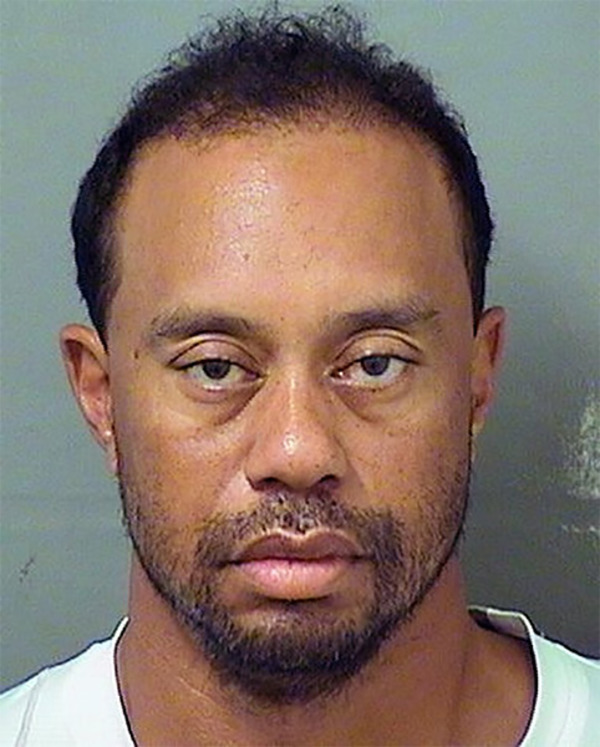 Soon Woods- Nordegren family problems went in the limelight. He cheated his wife – and did it numerous times.
Women from different parts of USA reported about their relationships with a golfer. Some of them demonstrated voice messages from him, the others described in detail sex with a sport star. 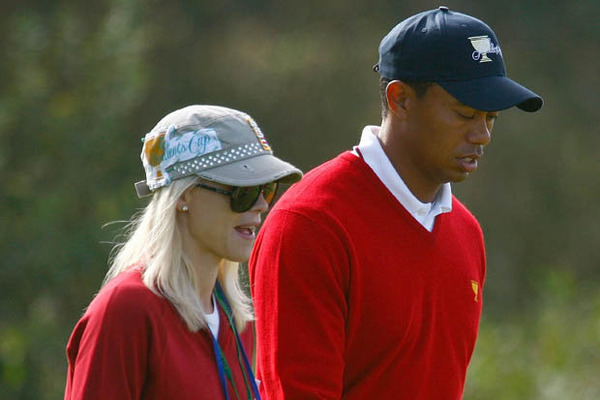 How Much Did Tiger Woods Pay His Wife After Divorce? 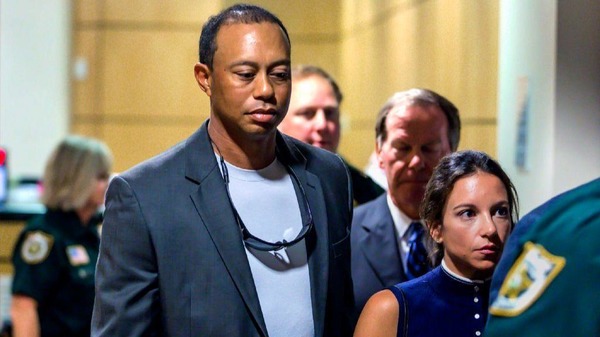 Elin Nordegren started a divorce process. In fact, they reconciled for a while and tried to keep their marriage – mostly, for their kids. But in August, 2010 Tiger Woods became a bachelor again. He paid his wife $100 million of divorce money (although at first she intended to take $750 million).

No need to say, that cheating ruined Woods reputation. Some of his sponsors refused to deal with him. The others, like Nike, continued cooperation. “His personal life is only his business!” they said. 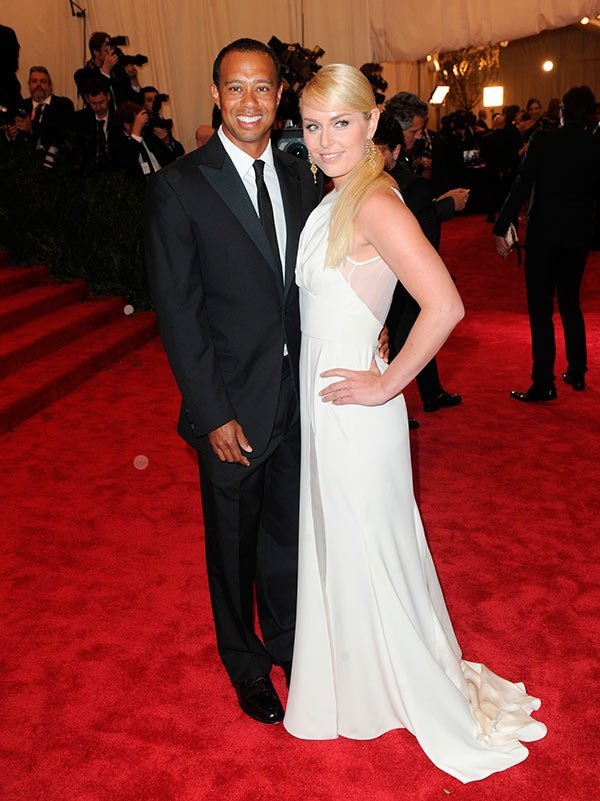 After the divorce, both Elin and Tiger told, that they were not going to date anymore. But in 2013 Woods started dating Lindsey Vonn, a famous skier. They separated in 2015.

And Elin Nordegren was caught on a date with a musician Gavin Rossdale. 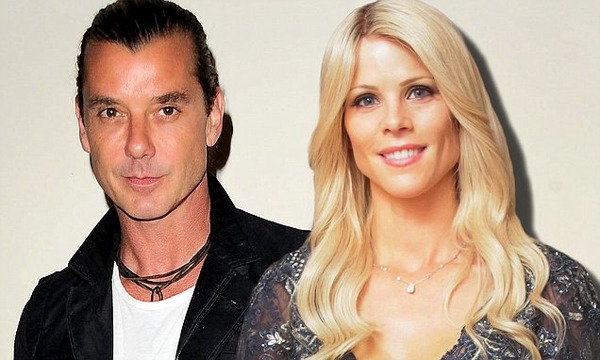 So, everything is getting better, isn’t it?