Home > Celebrity Family > Parents > Tom Cruise Parents: What Does The Star Remember About Them?

Tom Cruise Parents: What Does The Star Remember About Them? 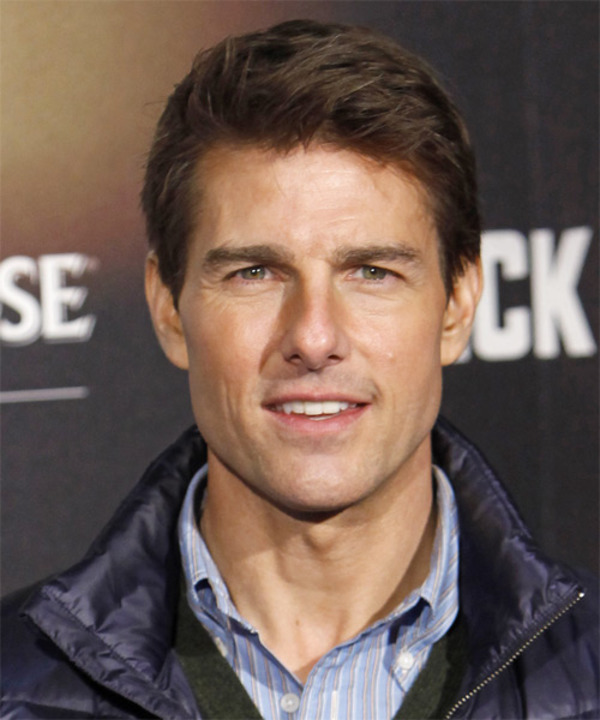 The richest and most famous people on the planet can buy a lot of things, which are not affordable for others – chic clothes, classy cars and luxury mansions. But there is something, which they cannot buy – this is the eternal life of their parents. In February 2017, Tom Cruise's mother died peacefully, while sleeping. This was a huge loss for the famous actor, because he considered his mother as the person, who had contributed to his success in the cinema industry. 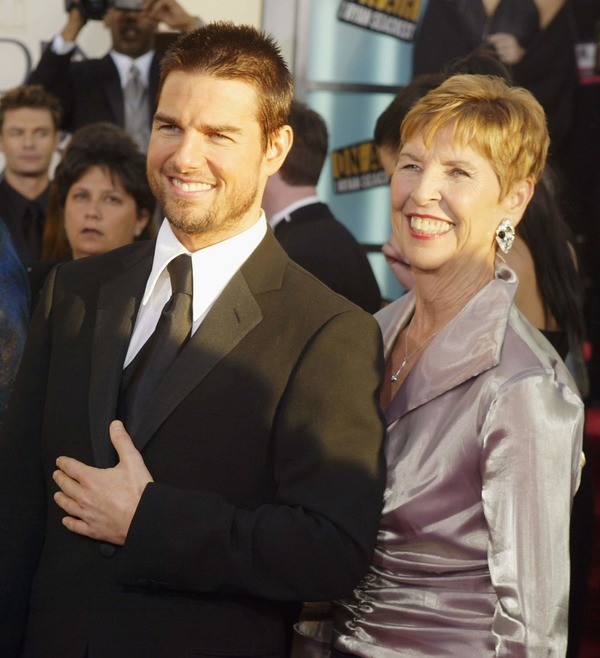 To commemorate the woman, who gave the world an actor, which played in "Rain Man", "Eyes Wide Shut", "The Last  Samurai" and many other films, let's remember what we know about her, as well as about the father and the stepfather of Tom Cruise. 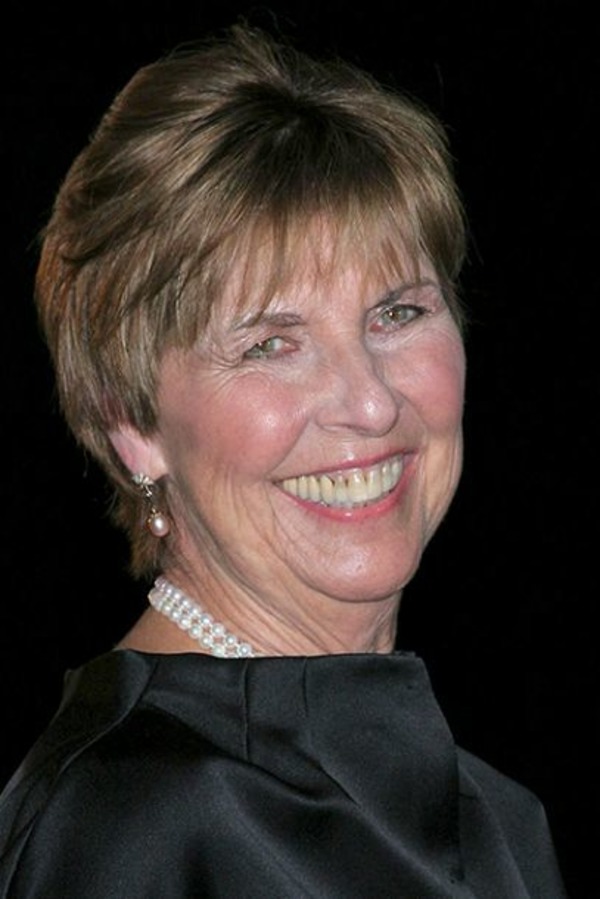 The actor Tom Cruise doesn’t like to tell about his early years. He considers his childhood as “abusive”. Nevertheless Tom has never told the single bad thing about his mother. On the contrary, he has always stressed the fact, that his mother used to be a warm pleasant woman, who encouraged him to start acting and supported his beginnings. 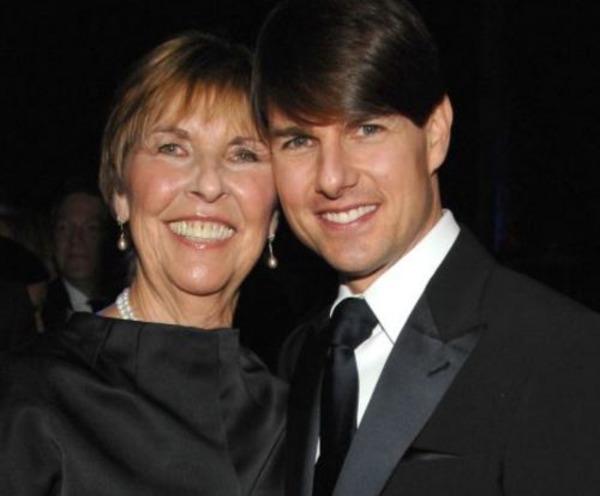 Mary Lee Pfeiffer was born on the 22nd of September, 1936 in Louisville, Kentucky. She earned her living as a special education teacher. She married Thomas Cruise Mapother III, being quite young, and the couple started their family life in Syracuse, New York.

They gave a birth to four children – one son and three daughters. The name of their son is Thomas Cruise Mapother IV, mostly known as the award-winning actor Tom Cruise. 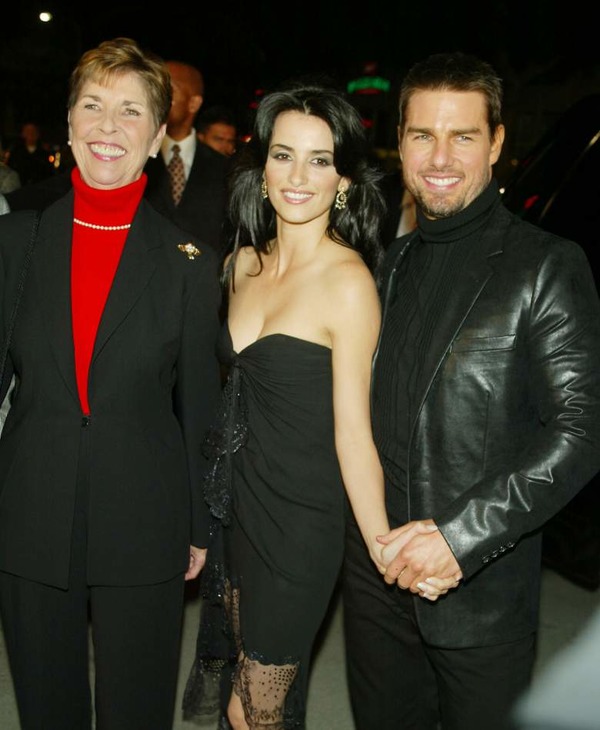 Tom Cruise suffered from dyslexia, that’s why he was a troubled student for most of his teachers. In addition, his upper teeth looked unattractive. But Mary Lee has always supported her son and believed that one day her too short depressed child would become successful. 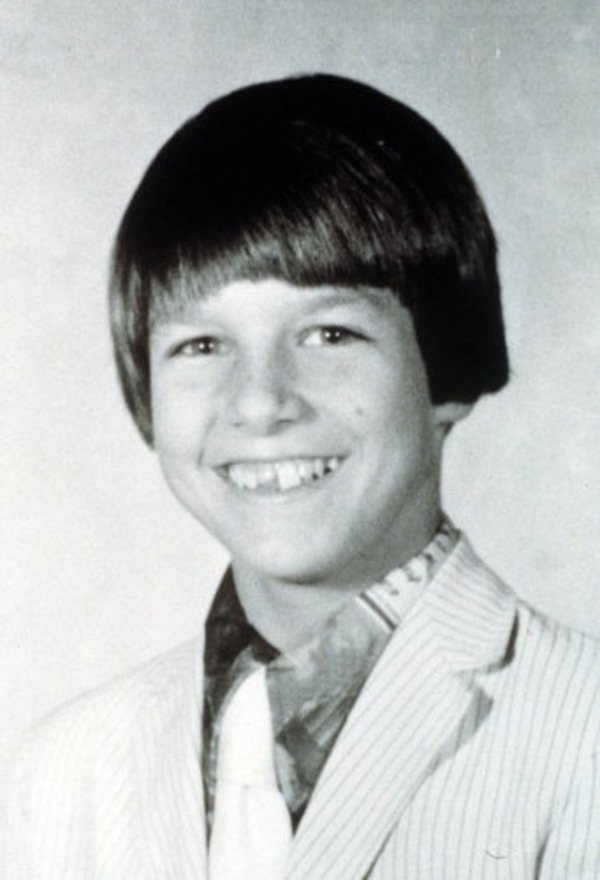 As Tom later told, it was his mother, who advised him to try acting. Cruise starred in a school play “Guys and Dolls” and Mary Lee noticed how talented her son was. She took the boy to acting classes and encouraged to cooperate with local theater groups. 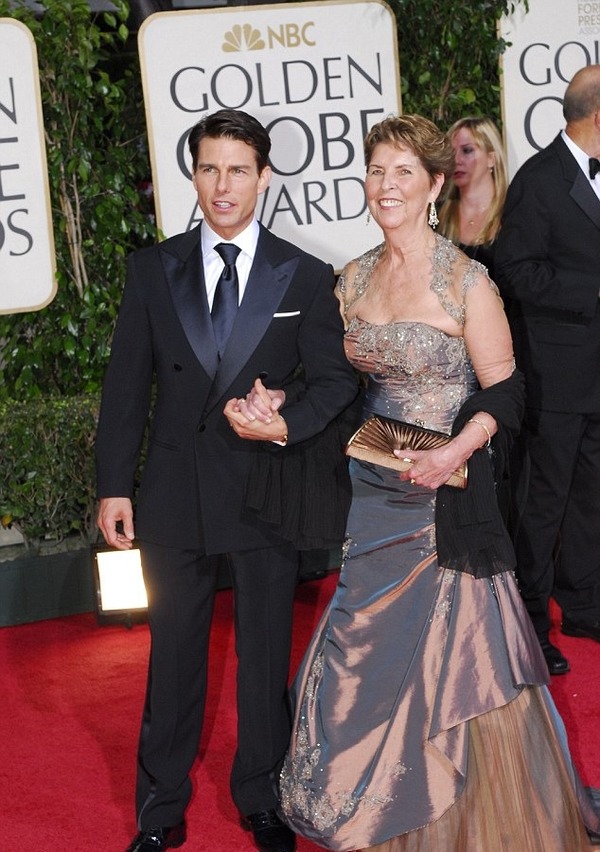 Soon Tom Cruise opened up to his mother that he planned to make career of an actor. “He wanted to give show business a try!” Mary Lee said. She wholeheartedly agreed to send her son to New York, as she felt, he had a chance to become a star.

During the whole Tom Cruise life, his mother has always stood behind his back. That’s why her death has become a shock for a popular actor. Nevertheless, Mary Lee Pfeiffer departure can hardly be called “unexpected”. She had health issues during the last 8 years, that’s why she had been rarely seen in public during the long time. 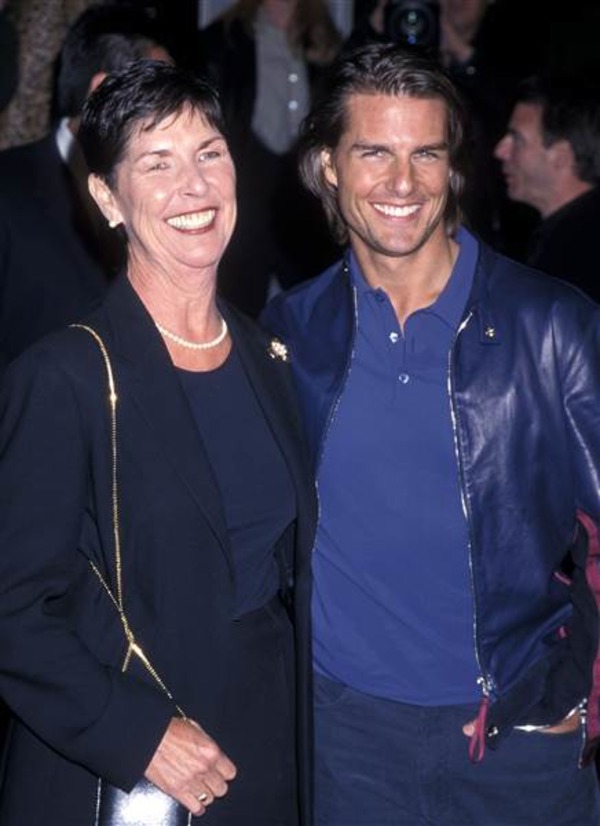 In 2016 Mary Lee was photographed in Clearwater, Florida, sitting in a wheelchair and being supported by two nurses. In winter, 2017 she passed away at night before she woke up.

Mary Lee Pfeiffer South used to be the last Tom Cruise living parent. His father and stepfather died much earlier.

Tom Cruise Father Was A Coward

Thomas Cruise Mapother III has played an important part in Tom Cruise fate – he gave him life. Probably, that was the only thing he did for his son.

Tom Cruise has never made a secret from the fact, that his early years were awful – and it was mostly due to his father. 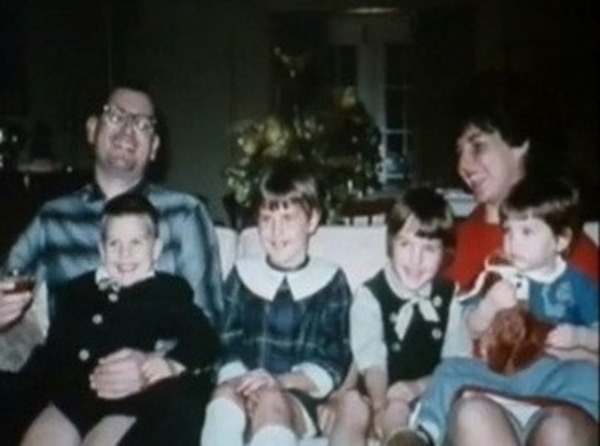 Mapother III was born on the 15th of October, 1934. He made the ends meet, working as an electrical engineer. Thomas drank too much, and his strong addiction to alcohol made a bad worker from him. He lost his job quite often – and then found another one in the neighboring city. He moved his wife and children from one place to another, and each such removal was a challenge for Tom. The boy was very shy, and he was dyslexic too. It was hard for him to adjust to his classmates. When finally he did it – his father changed the job again.

Thomas Sr. was quite abusive too. He could become angry and kick his son without any reason. That’s why Tom has always felt anxiety, staying near his dad. He was afraid of him. Once Tom Cruise told in his interview, that “his father was a coward”.

When Tom Cruise turned 12, his parents separated. The actor hadn’t seen his father for years. But Cruise Jr forgot about his old grudge, when he had known about his father’s illness.

In 1984 Thomas Cruise Mapother III passed away from cancer. He taught his son, how important it was to be a good parent. Tom Cruise felt sorry for his dad, who had spent a lot of time alone and was so miserable during the last days of his life. 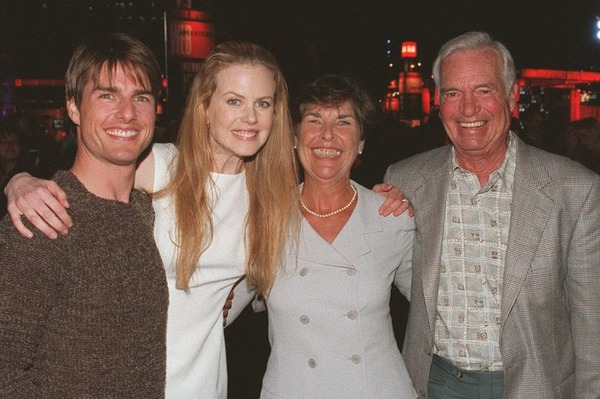 Having divorced, Mary Lee Pfeiffer took her son Tom Cruise and her daughter Lee Anne to Louisville, Kentucky. The family lived in a small house and was very poor, nevertheless Tom felt quite happy. He described his mother as a strong and prideful person, who had never complained about her life. She took three jobs to earn her living and provide her children for food and clothes. 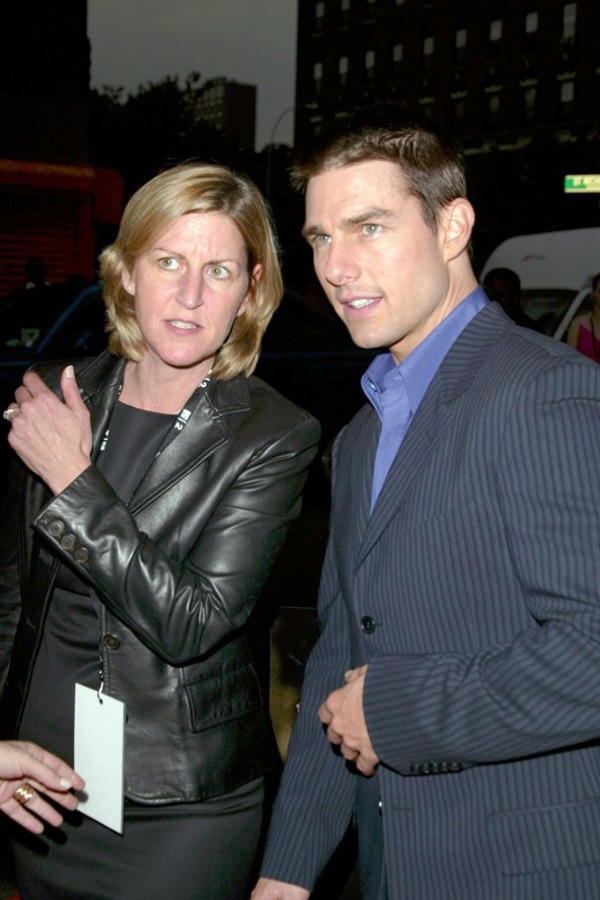 As Tom Cruise neighbor said, the future star was ready to take any job too to support his mother. There was no bad job for him – he waited tables, cleaned premises and tried other kinds of odd jobs. 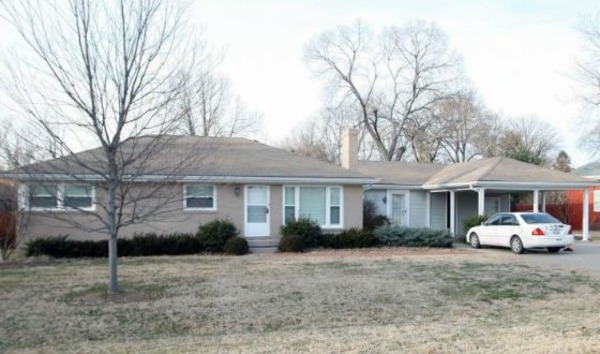 Around that time Tom Cruise fell in love with acting. He finally settled at one place and enjoyed his life. But one day everything had changed again.

Mary Lee took home a pleasant middle-aged man. It was Joseph South, World War II veteran. It was noticeable, that he was desperately in love with Mary Lee. Soon he proposed her and moved to her house. Tom Cruise told that he considered his stepfather as a smart and kind man. He respected him. Joseph loved Mary Lee desperately and it made him to love her children too. He cared about Tom Cruise before he had turned into a celebrity.

Joseph as well as Mary Lee, supported Tom’s idea to move to New York and start career of an actor. Together with his wife, he gave him $850 to begin life at a new place. 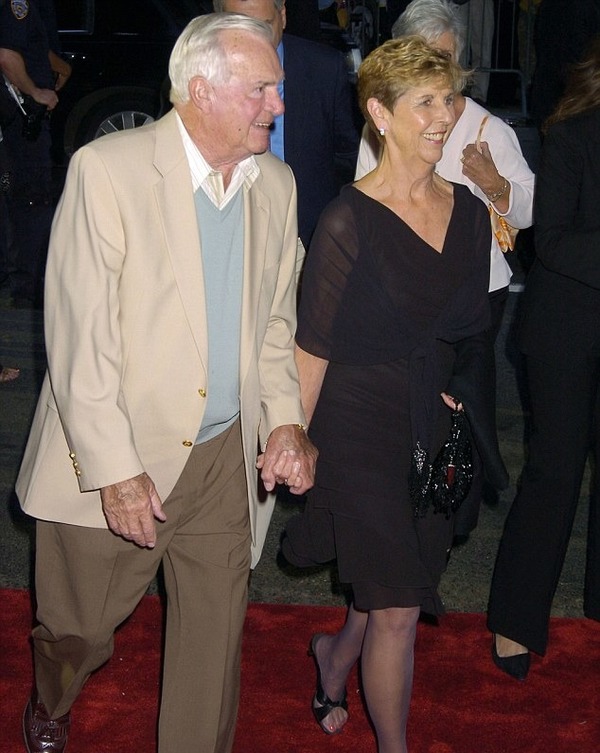 South separated from Mary Lee and her son Tom Cruise in 2003, because he refused to share their passion to Scientology. Seven years later Mary and Joseph divorced officially. In 2015 Tom Cruise stepfather passed away from pulmonary disease. Several weeks before his death he gave an interview, where told, that neither Mary nor Tom came to see him and support during the last days of his life.

Currently Tom Cruise has no living parents. But he remembers all their lessons and tries to be a good father for his three children.