How Much is Tom Sandoval Worth?

You may have seen Tom Sandoval as one of the regulars at Bravo reality series “Vanderpump Rules”. Probably, that project is the most successful in Tom’s film list and the main source of his wealth.

Tom Sandoval net worth is estimated at $40, 000. As you can see, not every celebrity can boast with millions of dollars at the bank account. Sandoval is a multi-talented person, who is looking for both, fame and wealth, but each time he can’t catch them. But Sandoval is still a young entertainer and he is working so hard. Hopefully, his big break is already waiting for him.

In January, 2013 Bravo presented the spinoff of “The Real Housewives of Beverly Hills”. Lisa Vanderpump, a reality TV actress and restaurateur, invited the viewers to her Californian restaurant “SUR”, which is popular among celebrities – actors, singer, writers and athletes. Lisa’s clients are Hollywood A listers, that’s why it is really important for her to hire responsible and talented workers at her venue. She gathered the great team of restaurant workers. SUR employees have become the main heroes of reality TV series “Vanderpump Rules”.

Tom Sandoval serves as a bartender at SUR. His career expectations and personal life is showed in the series. Tom’s fans watched his relationship with Vanderpump Rules actress Kristen Doute. After Tom and Kristen break-up fans hope, Tom’s romance with Ariana Madix will be more successful.

Tom Sandoval makes money mostly as Vanderpump Rules actor. But he has an alternative source of wealth too. The young man is the member of Charles McMansion musical band. He participates in big screen movies too. Thus in 2018 the actor will star in upcoming “Young Again”.

Tom Sandoval was interested in acting and music since his childhood. Have a look at his photo, when small Tom is playing the guitar, like a popular rock star. 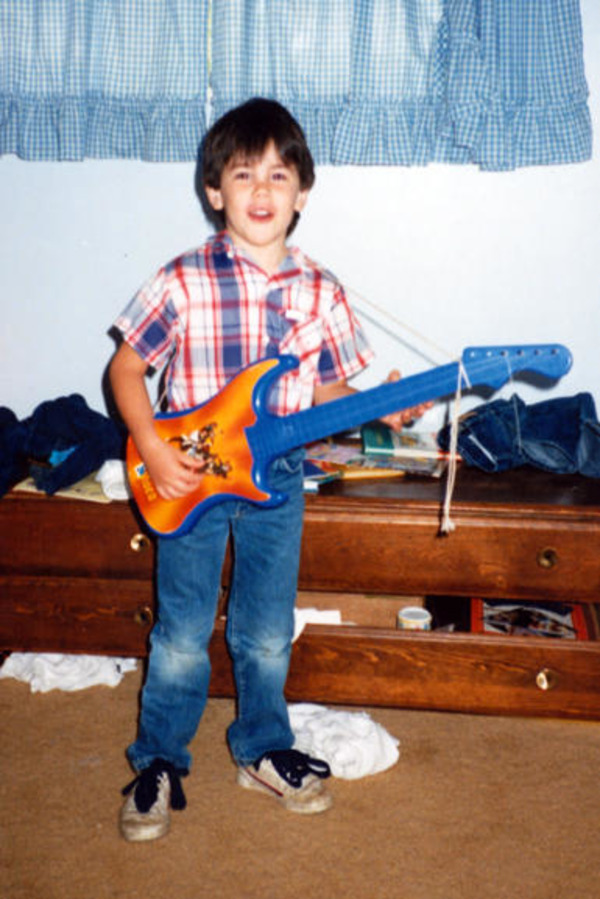 The cute boy started his career as a model and then starred in a number of big screen films. In 2012 he portrayed Donald in a fantasy drama “23 Minutes to Sunrise” starring Eric Roberts and Nia Peeples.