If you think, that celebs are constantly keeping to their diet, you are wrong. Of course, they are keeping to a strict beauty regime while filming a new movie, getting ready to a show or participating in a championship. But when the hard work is over, the star needs some rest. Very often our favorite actors, singers and athletes spend their millions in bars and restaurants. Have a look at the restaurant bills of some famous people! 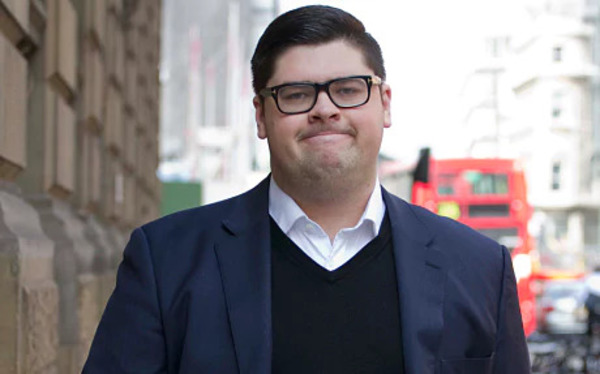 Alex Hope is just 23, but he has already gained some popularity as a financier and trader. The young financial genius has set a record – his $320, 000 restaurant bill is considered as the biggest in the world. The bill included $25, 000 of tips.

It is not known, what the trader was celebrating at one of Liverpool clubs in 2012. But he invited numerous guests, including sport stars Adam Johnson and Joe Hart and tried his best to make his party the wildest in the world. 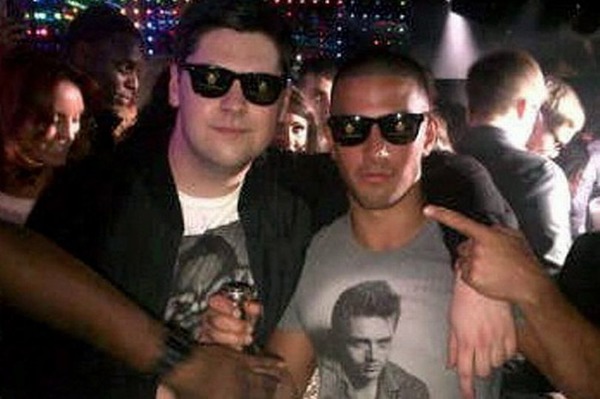 Hope spent about $163, 000 for a giant bottle of expensive champagne. The visitors of the club were shocked, when they noticed 2 waiters, who were carrying 30-liter bottle to Alex’s table. 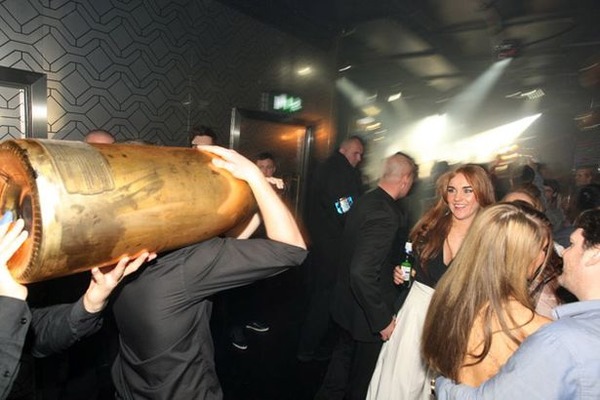 The young businessman ordered other alcoholic drinks too. He had vodka, beer and another bottle of champagne – not so huge as the previous one. The next day after the celebration Alex Hope uploaded the bar check via social media. As you can see, he bought various kinds of expensive alcoholic drinks. That bill made Hope a celebrity. 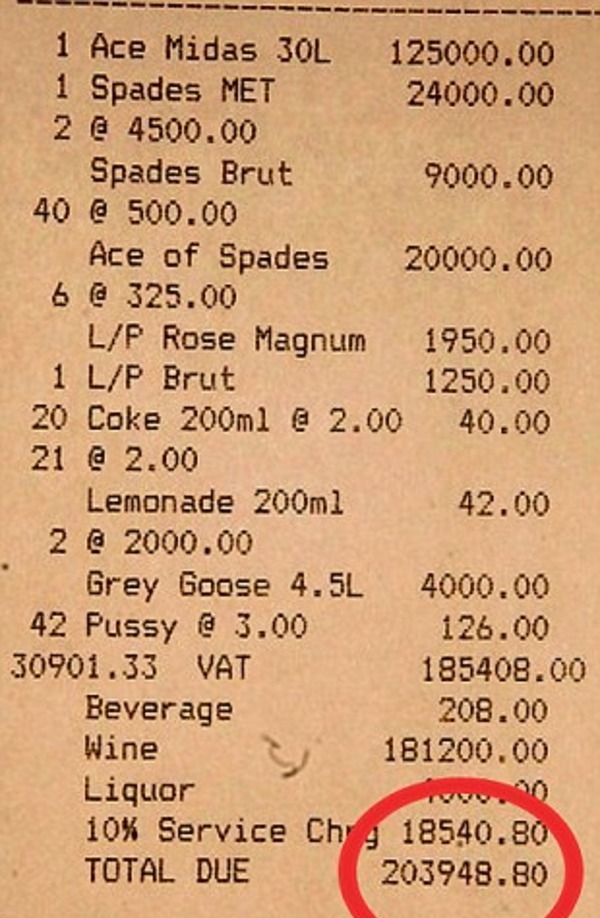 Alex shared his bio via Twitter. He is a young trader, who gained a solid wealth, working at Foreign Exchange Market. Hope wrote that he was a self-taught financier. In 2015 the young trader was found guilty of $8 million fraud. 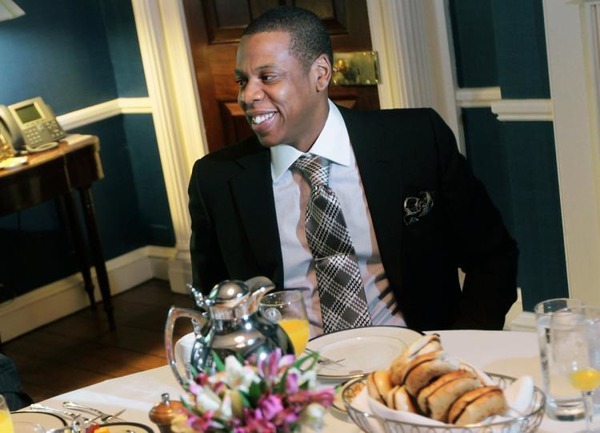 The famous rapper and husband of beautiful Beyonce, Jay Z knows, how to de-stress after a concert show. He is the second in the list of stars, who spend astonishing amounts in a restaurant.  Jay Z is a real lover of alcoholic parties and a big spender too. 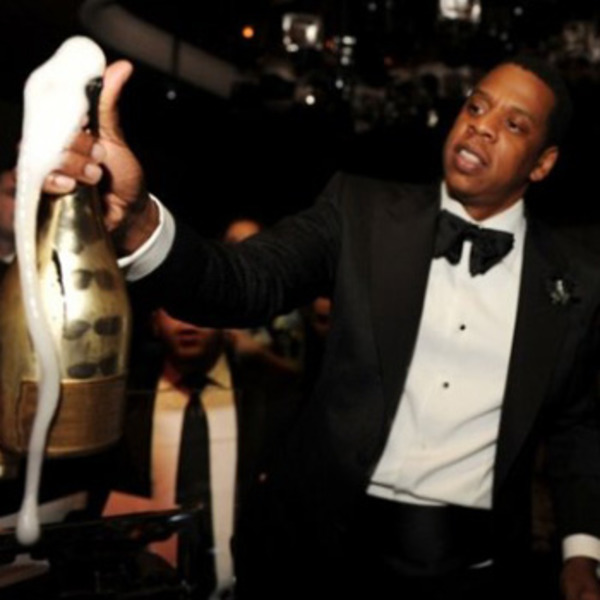 The rapper and father of 3 is known as a generous person. That’s why he gave $50, 000 of tips for a waiter, who tried his best to make Jay Z’s party especially enjoyable. 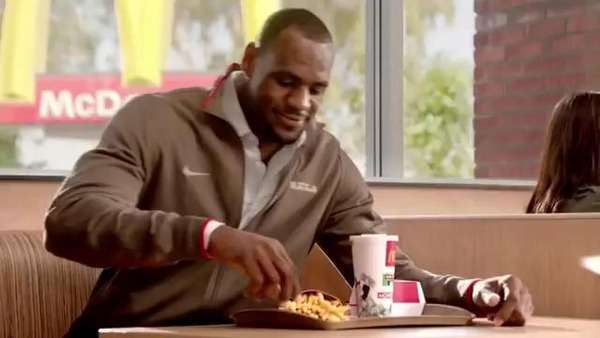 James LeBron, the King of Basketball, His Greatness and the Moneybag, earns about $17 million of salary annually. But they say, to become rich you need not just to earn a lot, but to minimize your costs too. LeBron was named as Scrooge McDuck after his behavior in Cleveland XO Steakhouse.

The celebrated basketball player came to the restaurant in a company of his friends. They were dining till 4 am and the waiter, who tried his best to please the King, got just $10 of tips.

To get rid of reputation of a cheapskate, James spent astonishing $170, 000 for a meal in a restaurant for the next time. The bill included $13, 000 of tips. 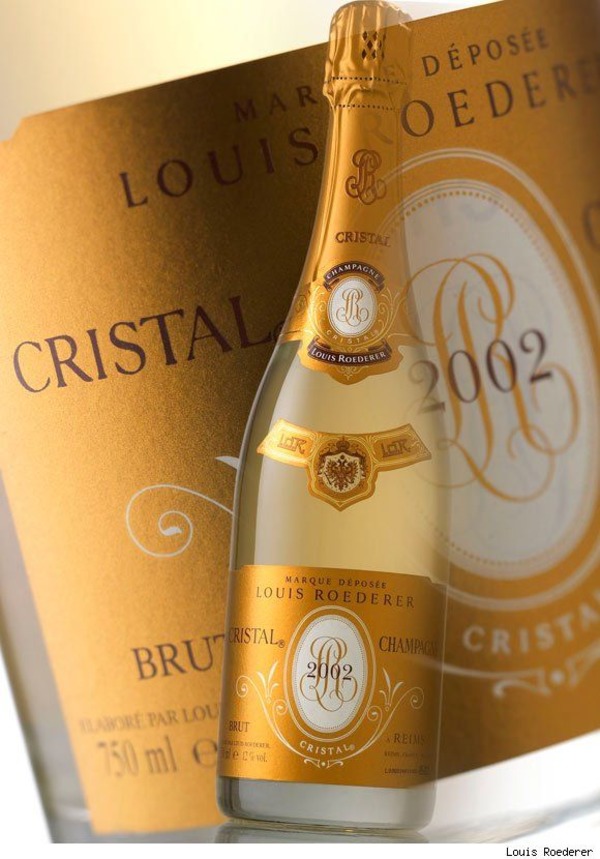 US basketball player James spent a night at XS Las Vegas club, where he paid such a high bill. It is interesting to know, that sports star is a great lover of alcoholic drinks, as the major part of that amount was spent for Dom Pérignon, huge bottle of Cristal champagne and several bottles of Bud beer. 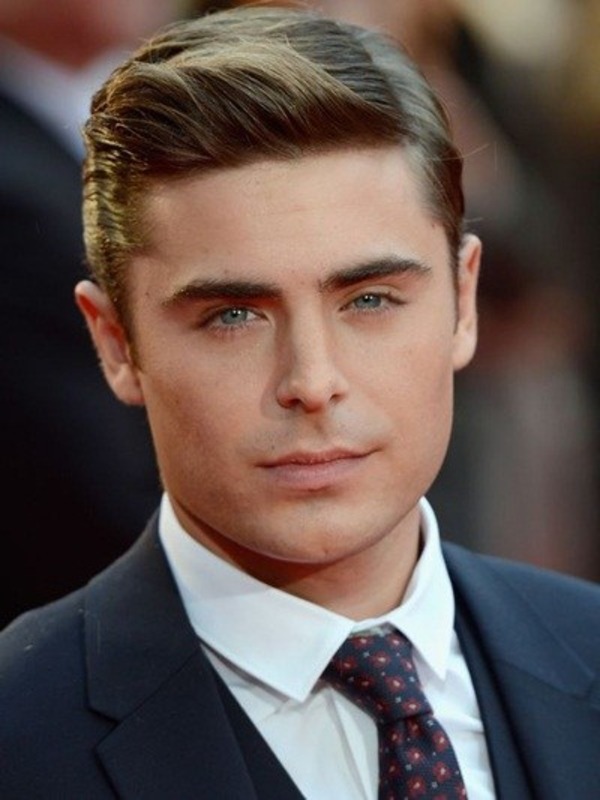 The star of such movies as “Mike and Dave Need Wedding Dates”, “High School Musical” and “Dirty Grandpa”, Zac Efron added some extra kudos, when he got $135, 000 bill in the bar. By the way, the celebrity didn’t pay it. The whole amount was paid by his anonymous fan from Russia, the son of a millionaire.

The rich young man from Russia was spending his father’s money at Chicago night club in 2011, when he noticed Zac Efron, sitting at the other table.

To please his favorite star, the young man sent a bottle of Armand de Brignac Champagne, which cost him $100, 000. But the Russian didn’t stop there and sent Grey Goose vodka and Dom Pérignon too. After that the generous millionaire son paid $135, 000. The bill included $20, 000 of tips. 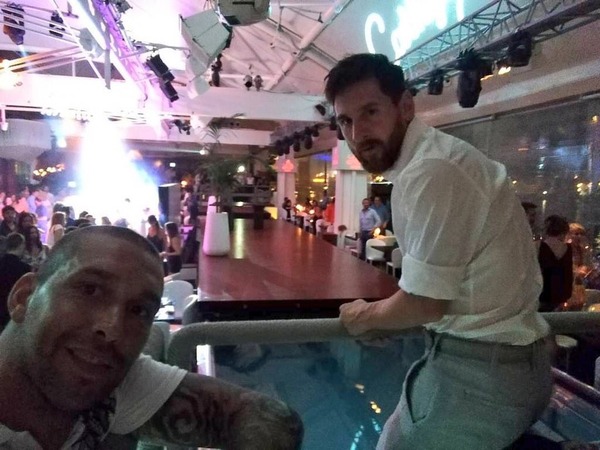 Lionel Messi, a famous Barcelona midfielder, seems to have deep pockets. In June, 2017 he spent piles of dollars for his wedding with a long term partner Antonella Roccuzzo. Earlier that year the star spent $42, 000 in Ibiza night club. 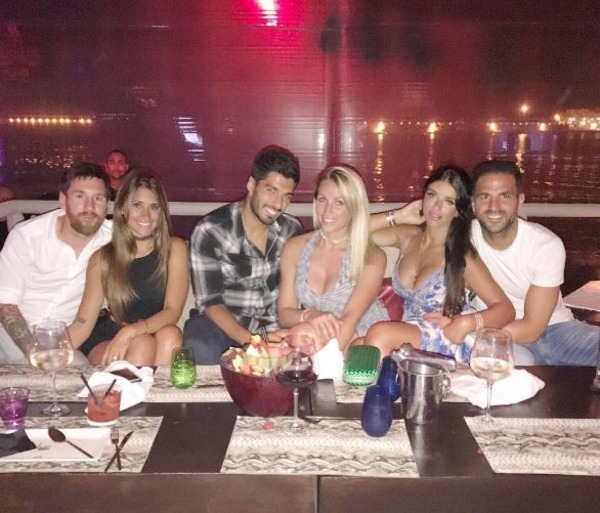 Lionel, Antonella, their friends – footballers Luis Suarez and Cesc Fabregas with their partners Sofia Balbi and Daniella Semaan – spent $42, 000 for the dinner. 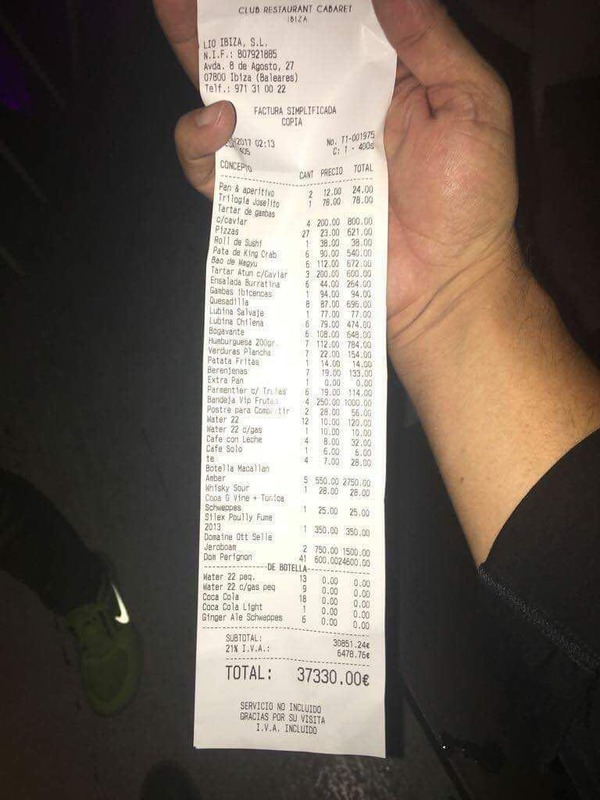 The dinner included 27 pizzas, 41 bottles of champagne and several burgers. The nutritious dinner of sport stars looked so impressive, that one of restaurant workers photographed it and uploaded to social media.

Messi is not keeping to a diet, isn’t he? 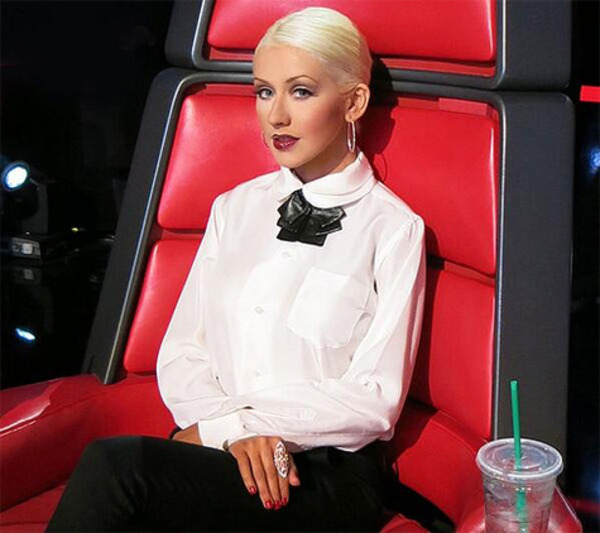 Christina Aguilera is not just a pop star and mother of 2 children, but a frequent visitor of restaurants too. Her favorite is an Italian restaurant “Toscana”, situated in Los Angeles and visited by other stars, like Eva Longoria and Tom Cruise too.

But Aguilera got her astonishing $8, 000 bar bill not in “Toscana”. The star visited Wales with her concert show, which had become a real hit. Inspired by stage success, Christina invited her musicians to the hotel bar. She promised to pay the bill, which turned to be thousands of dollars. 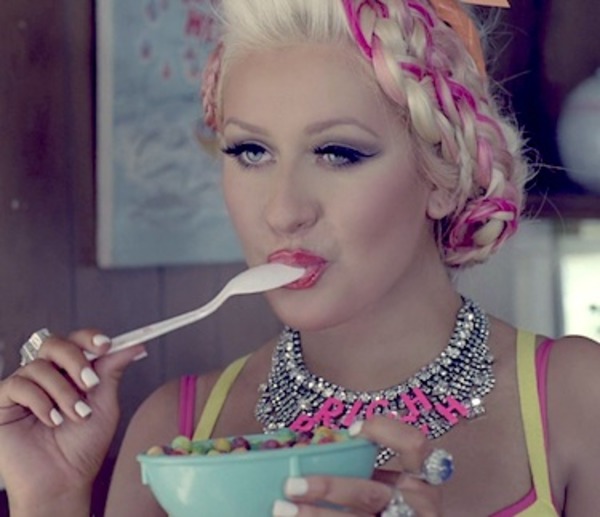 But Christina Aguilera paid it without hesitation and even was ready to leave high tips. Unfortunately, tips are not accepted in bars of Wales. Great disappointment for service workers, isn’t it? 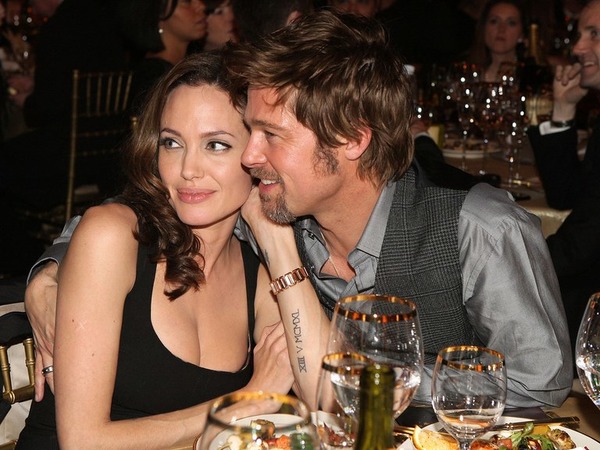 Now we know Brad Pitt as an addicted person, who beats children. But his fans still remember the time, when he was a beloved husband of a movie star Angelina Jolie, who was ready to spend all his multi-million salary for his great wife.

To celebrate Angelina’s birthday, the couple travelled to Germany. They visited one of the pubs, which was neither expensive nor popular, and had unexpectedly great dinner there. Brad Pitt ordered the most expensive dishes from the menu and the bottle of the best wine, still the bill turned to be about $2, 800. The lucky man, who was a kind of love-drunk, left $2, 000 of tips. The waiter, who tried to be attentive and not intrusive, was shocked by a sudden dollar gift. He shared it with other service workers of the venue. 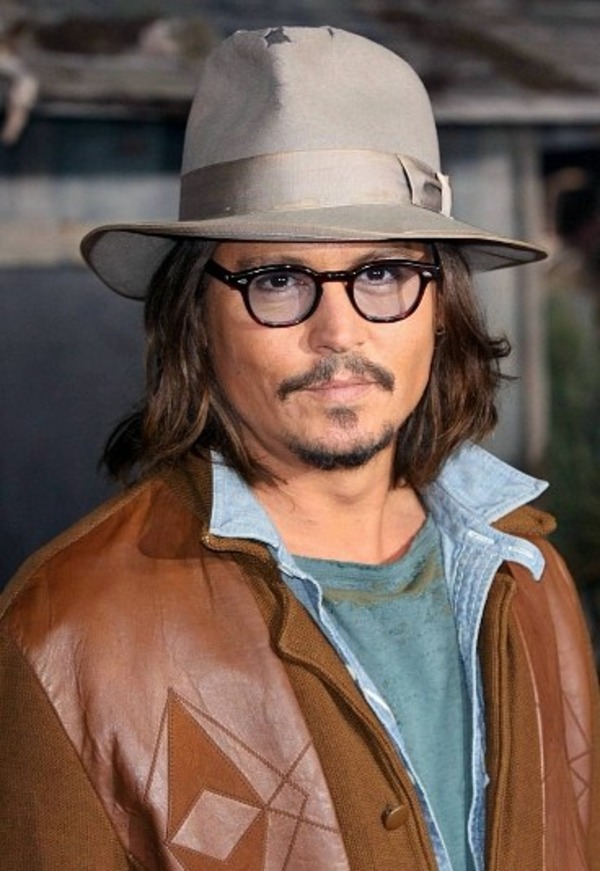 Johnny Depp gained bad reputation after his scandalous divorce with Amber Heard. But he used to be a really enjoyable and bounteous guy in his pre-Amber’s time. 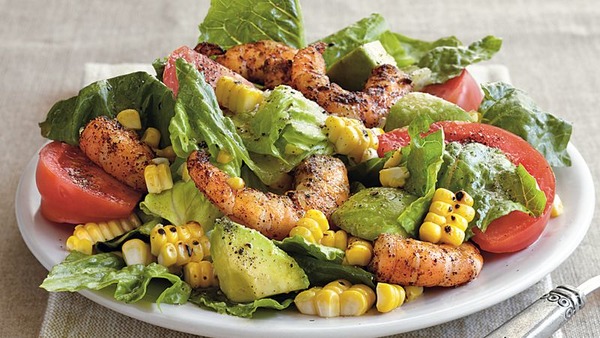 After the premiere of “Johnny D”, the actor invited Marion Cotillard and a couple of other friends to his favorite restaurant in Chicago. There celebs enjoyed fresh shrimp salad and ordered several bottles of $500 wine. Thus generous Johnny paid $4, 000 for meals and left $400 tips. 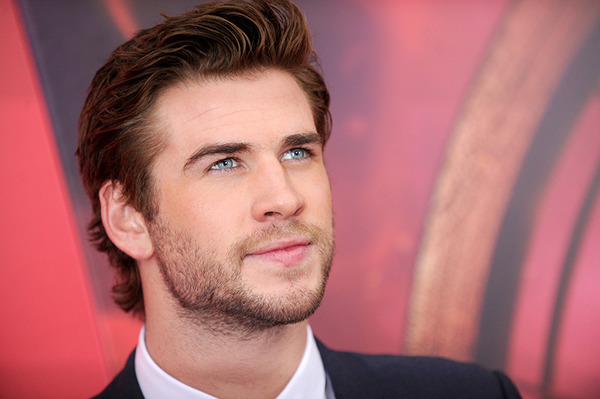 Kate Winslet’s love interest from “The Dressmaker” is an ordinary person in his real life, who likes to spend his enormous salary for friendly dinners in a restaurant. 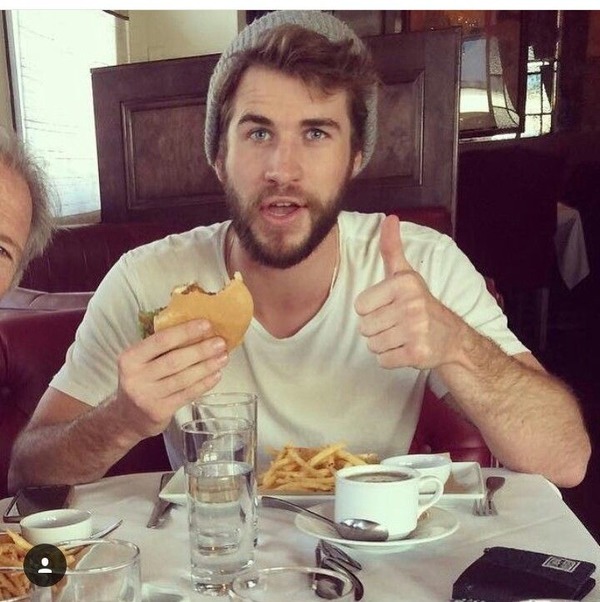 Liam invited a couple of friends to a sport-bar in New York. The male company ordered several bottles of beer and a plate of burgers. But the meal turned to be so wonderful, that Hemsworth ordered tequila for his companions. Thus the men spent a great evening and Liam got an astonishing bill for $3, 800, which is not a big deal for an A list Hollywood star. 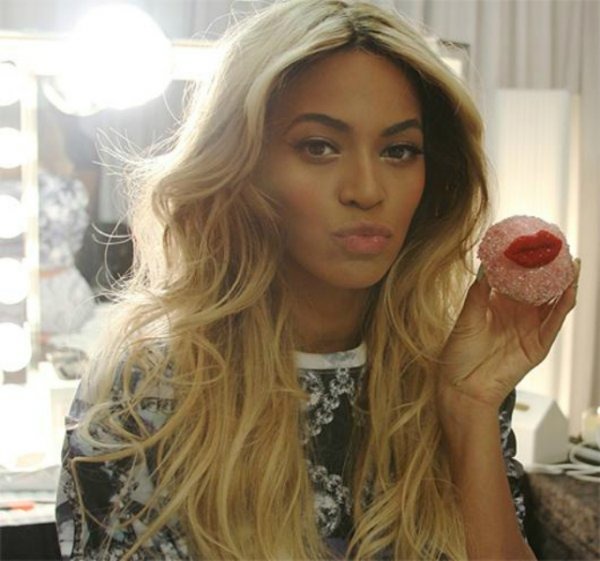 Pop princess’s restaurant check seems a nuisance in comparison of her husband bar parties. But if to take into account the fact that she didn't have any special occasion, just an ordinary celebs dinner, the amount of $1, 200 turns to be really impressive.

Single Ladies singer came to a bistro after her show and bought 50 boxes with fries and chicken wings. 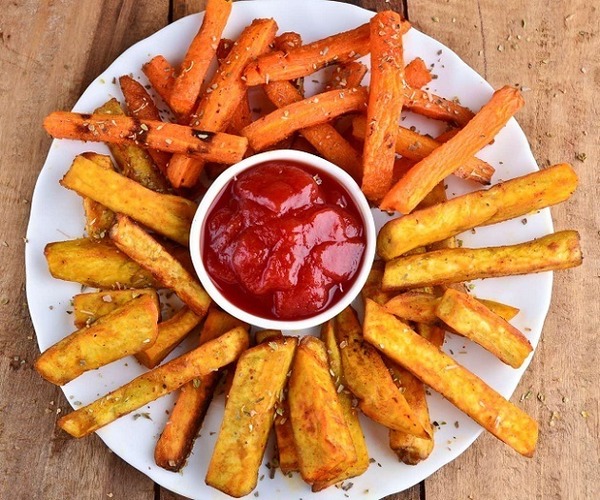 Beyonce explained that she bought meals for her musicians and dancers. Having thought a little, the singer ordered vegetable salad too. It is not known, if a slim mother of 3 had dined with her band members or ate some diet food individually.