Home > Top Hottest Expenses > Death is Not the Reason to be Poor! Top 10 Dead Stars With Multi-Million Earnings

Death is Not the Reason to be Poor! Top 10 Dead Stars With Multi-Million Earnings 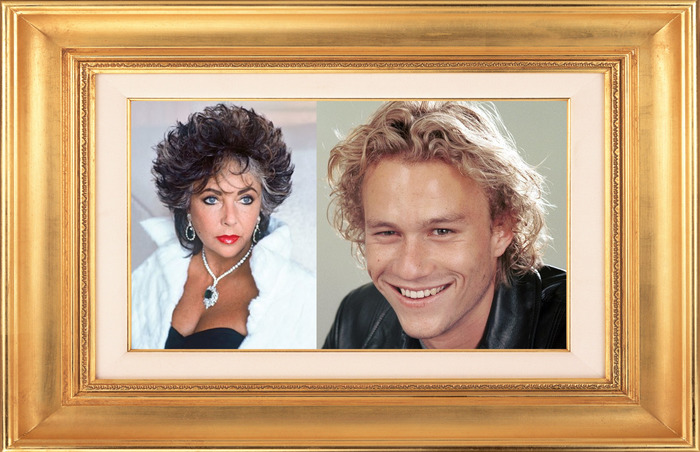 Is it hard to be a celebrity? Some movie and music stars, like Jennifer Lawrence, Megan Fox and Kirsten Stuart, hate their star status and dream about going to the cinema incognito. The others, like Hugh Hefner and Carla Bruni, told that they were blessed with their careers. But there’s one thing, which makes celebrity life attractive for most of people on earth – its moneymaking. While you are saving for a cheap car or small apartment, the stars easily spend millions of dollars for vacation, a new dress or a day in SPA. Life isn’t fair sometimes! And death isn’t fair too. Here are 10 dead stars, which easily make millions of dollars every year without a single chance to spend them. 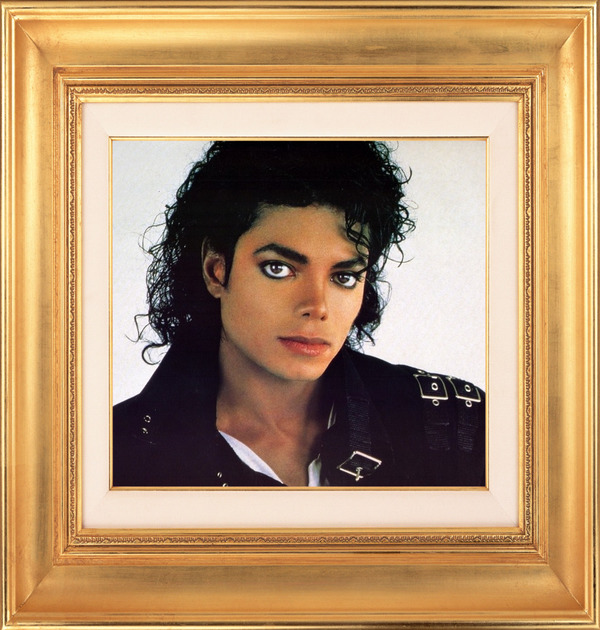 If you think, that after death finally it is possible to find some peace and have some rest, you are wrong. There are some celebrities, who continue working even beyond the world. His smile, unusual appearance and, of course, moonwalk, made Michael Jackson the brightest music star in the world. As we know, celebrities don’t die, they just change the address. It seems that Jackson is still among us; he releases new albums, occupies the leading places in music charts and makes millions of dollars per year.

The pop king passed away 8 years ago. From that moment and till now he earned more than $700 million, which is bigger, than the income many alive music stars made during this period. His annual income is estimated at $115 million approximately.

The most part of that wealth Jackson made through selling of his albums. Alongside the disks, which were released over the course of his lifetime, there are also two albums, which have seen the world after Michael Jackson’s death. The first of afterdeath Jackson’s albums “Xscape” got Billboard Music Award. 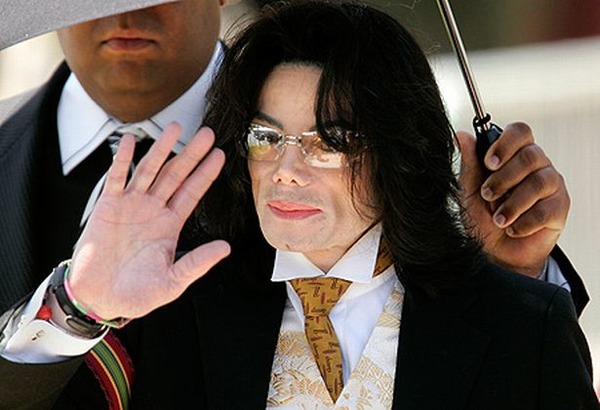 In addition to album sales, Michael Jackson funds his account through his business deal with Sony/ATV. Many years ago he bought 50% of its music catalogue.

A person with not just music, but also business talent, Michael Jackson can’t stop earning. His money is spent by his children. 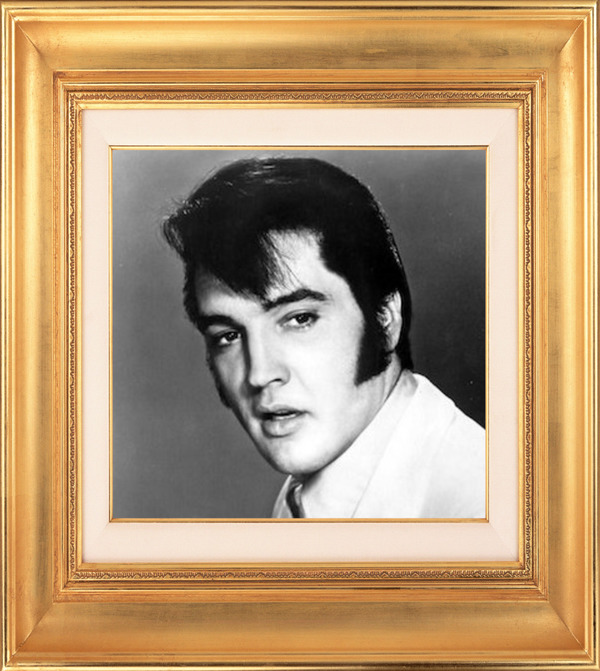 Elvis Presley annual money is smaller, than Jackson’s.  He earns approximately $55 million every year. People, who live from hand to mouth, envy dead Elvis, who earns millions, which are of no use for him now.

When the celebrity is dead, he or she can’t appear in public, give interviews or release new projects. That’s why cashing is possible only in case, when this person is alive in hearts of his fans.

Surely, Elvis Presley remains the idol for many people worldwide. His albums are still sold all over the world.  The singer, who left in August, 1977, is still alive and very rich! His singles and disks are reissued without stopping and occupy leading positions in music charts. Modern music stars release their versions of Elvis Presley songs, which as a result, make the dead star richer. In 1999 a new company “Follow That Dream” was founded. It produces Elvis Presley music products. 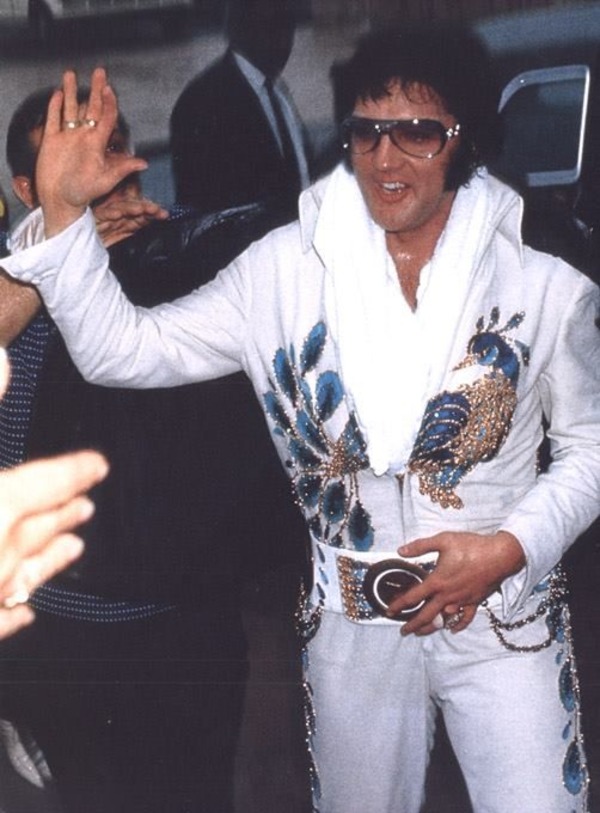 No need to say, that Elvis’ name and his image is used and copied in numerous movies, TV series and musicals. All the deals, connected with “Elvis Presley” name are operated by his wife Priscilla and daughter Lisa-Marie Presley. They get the major part of Elvis’s beyond death income.

Some amount comes to a dead star’s account from his estate “Graceland”. It is visited by 500, 000 tourists annually. 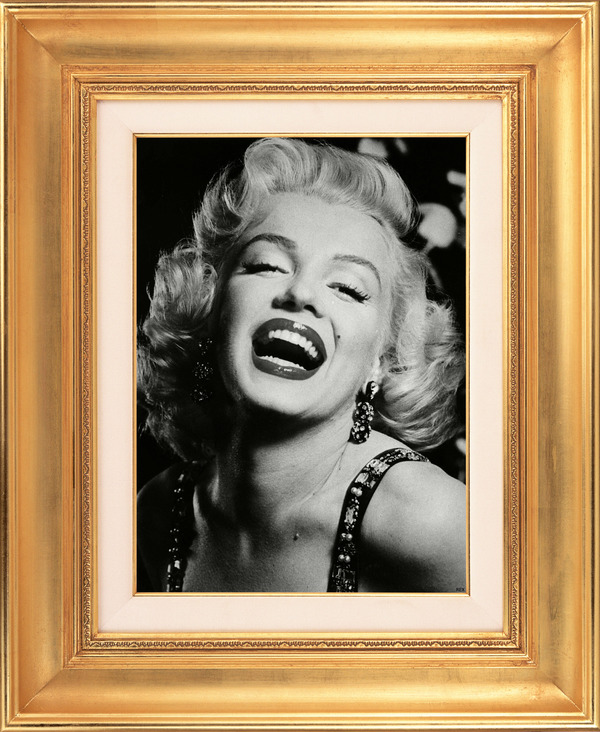 Is it an easy thing to make the brand popular? Those, who have dealt with PR management, know that it is not. But the task becomes even harder, when the popular person has already passed away.

Nevertheless Marilyn Monroe brand still remains one of the richest and most popular in the world. Her image is still copied all over the world and she still gets income from merchandizing deals.

The age of Monroe fans is still young – from 15 to 25 years old. She is one of the most popular dead celebrities on FaceBook. 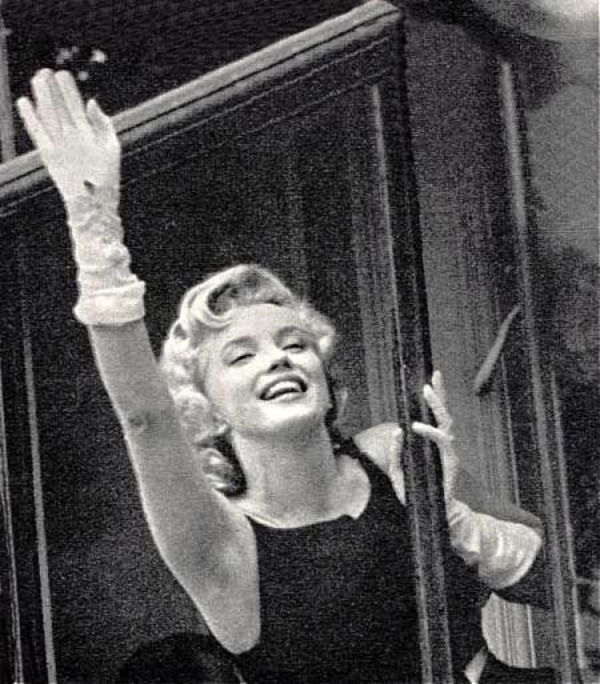 Forbes estimated Marilyn Monroe annual earnings at $15 million. She remains one of the highest-paid Hollywood stars.

Scientists can’t actually be ranked as typical celebrities; nevertheless some of them make even more cash than movie stars every year. Albert Einstein passed away in 1955, and till now he gets an astonishing salary. Einstein earnings are estimated by Forbes as $10 million per year.

That amount comes from different companies, who want to use the scientists’ image and name to promote their brands. Thus the phone company in Israel, which used the slogan “Be like Einstein”, had to pay $100, 000 per it.

Disney Company, which develops a line of products “Baby Einstein”, sells the part of the income to late Albert’s account.

The rights for Albert Einstein brand belong to Hebrew University of Jerusalem. The representatives of the University say, they have about 400 applicants to use Einstein’s image for their products. And only 40 of them are awarded with the rights.

The irony of fate is in the fact, that Albert Einstein wasn’t interested in money at all. With the annual salary of $10, 000 (which is close to half a million nowadays), he used just the small part of that money to buy the necessary things. The rest of the income he deposited. 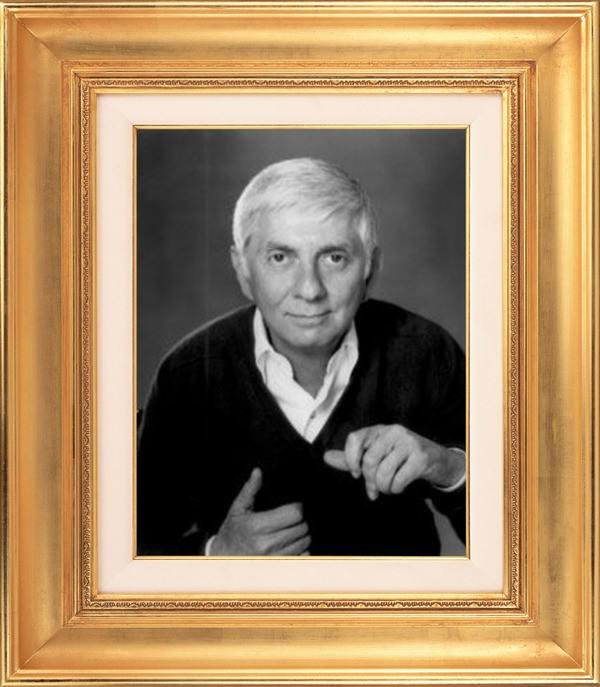 The mega-producer passed away in 2006, but a decade after his death he remains a moneymaking machine.

Aaron Spelling created a number of legendary TV series, which air all over the world and have lots of fans among the youngest viewers.

“Beverly Hills, 90210” and “Melrose Place” till now reign on TV. The spin-offs of the series were produced by Aaron Spelling’s incomer Darren Star. The part of the income was sent to Spelling’s account. 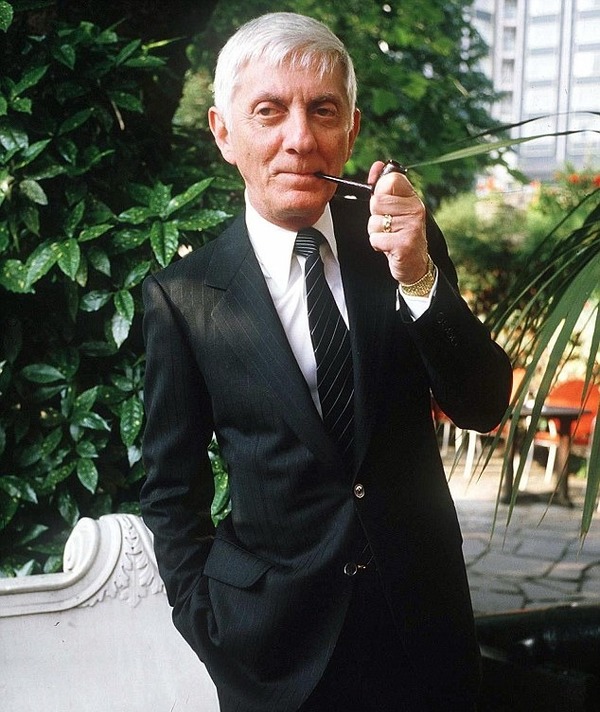 We criticize celebrities for their too weird lifestyle and whims, but later we remember them mostly due to such awkward moments. Elizabeth Taylor, who passed away in 2011, till now is survived by her hot looks, scandalous nature and numerous husbands.

When the name of the person is alive in the fans’ memory, this person can make money. That’s why Elizabeth Taylor earns millions of dollars each year, which have passed after her death. In 2012 Taylor’s heirs earned a solid amount through selling her jewelry at the action. 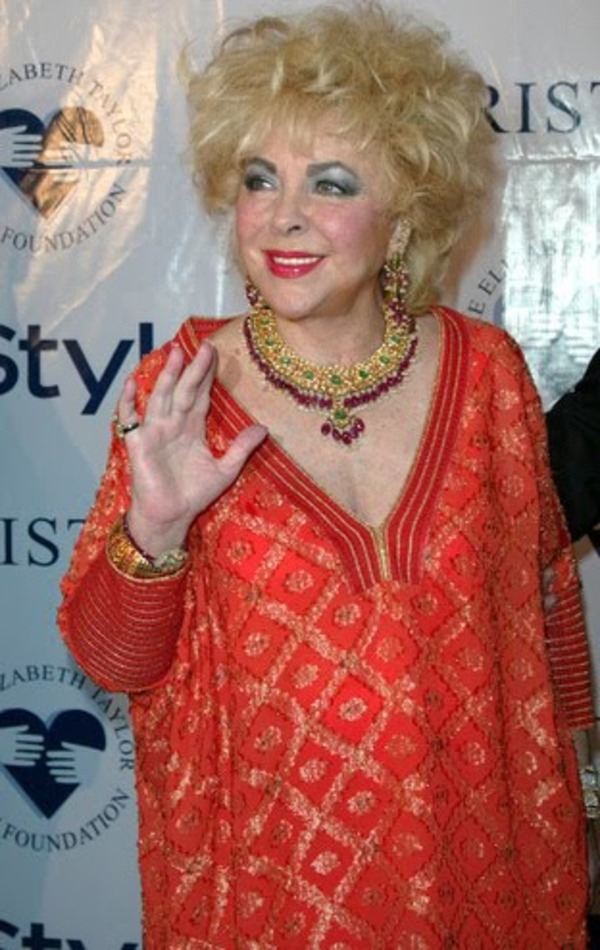 In 2013 her income was estimated at $25 million per year. Most part of that amount late Taylor makes from the line of fragrances, which bears her name. The other part of income comes from investments. 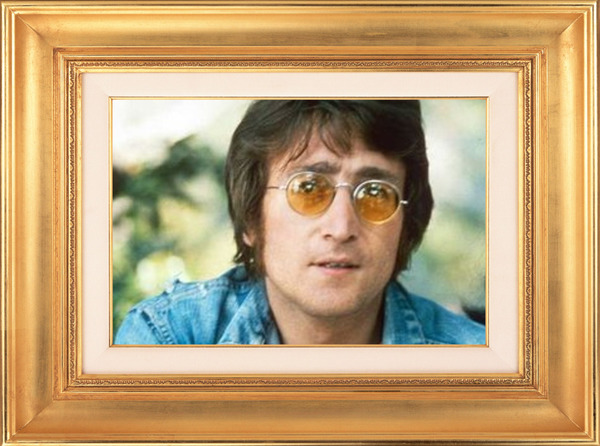 Each good husband must care about his wife. John Lennon cares about his loved one even from heaven. He sends her parcels, full of cash. Yoko Ono gets $12 million, which her late husband earns, on her bank account every year.

The legendary Beatles co-founder and popular musician, Lennon was killed by a crazy fan in 1980. Since then he remains a recognizable and high-paid celebrity, who makes money through selling of his records and Cirque du Soleil show, which tells the story of Beatles in its own way. By the way, Lennon is still making money as an author – he co-authored the major part of Beatles songs. 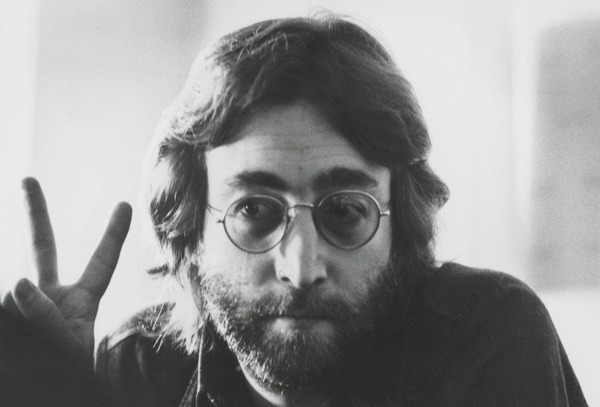 In addition, the cult musician is earning as an artist. In his young years he draw pictures for his small son, which now are used as the base of kids line of products – toys and books. 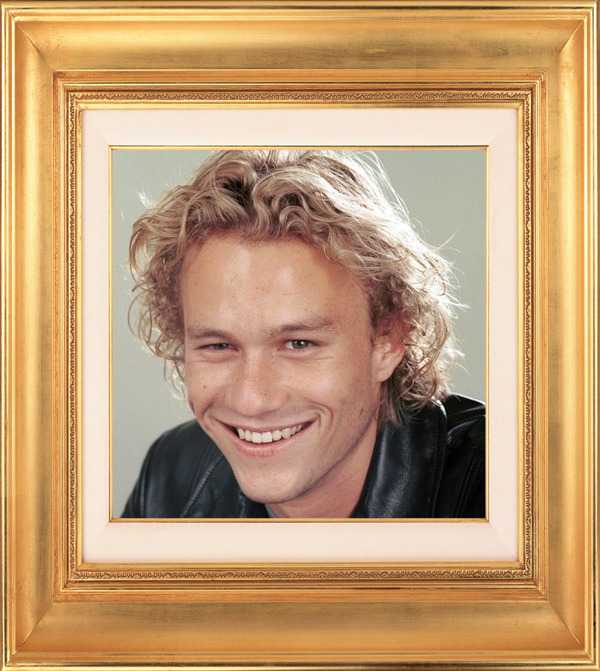 In 2016 Heath Ledger earnings are not so high as they were in 2009 and 2010. Then, two years after his death, he earned about $20 million from rotation of his last movie “The Dark Knight”. There he portrayed a super villain Joker.

The actor, who died from overdose, shocked his fans with an unexpected departure at the age of 28. After that long queues of people stood in the movie theaters in order to get the tickets to Heath Ledger’s movies. 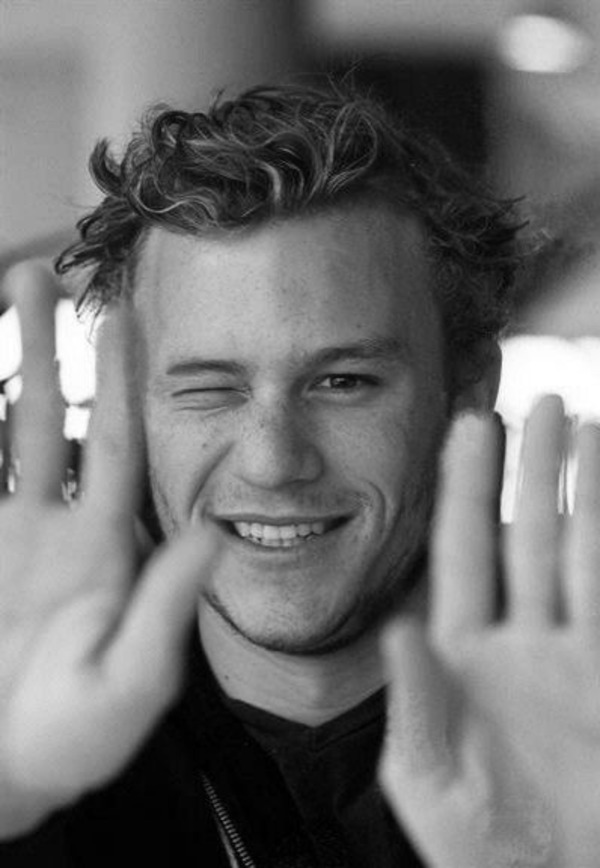 But recently his popularity and income dimmed. 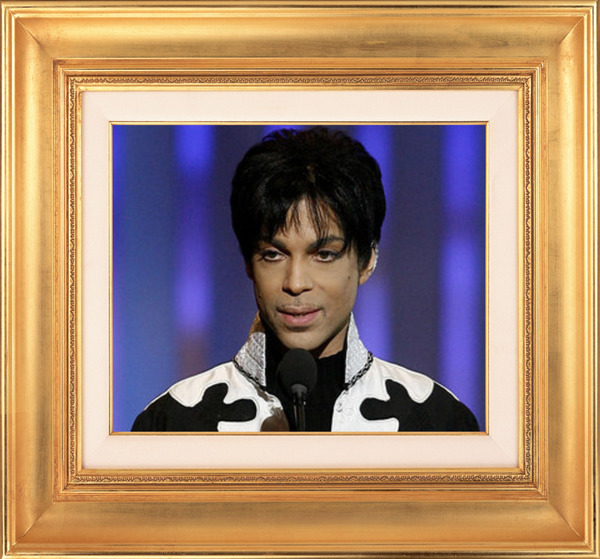 In 2016 the world expressed warm words of farewell to Prince. The star, who was just of 5 ft 3 and wore high-heeled shoes to look taller, caught the hearts of the most beautiful women and strongest men all over the world. His ex-wife Mayte Garcia boasted into tears, when she heard about the death of her ex. His fans cried too, and as it usually happens in show business sphere, their emotions were immediately monetized. 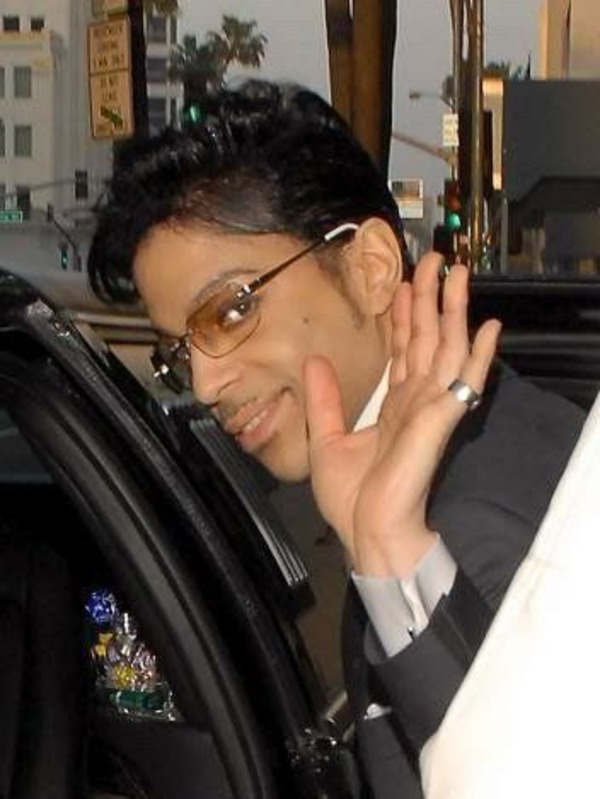 Prince annual afterdeath earnings are estimated at $15 million. That astonishing amount comes from selling of his albums and rotations of his songs on the radio and on TV, which increased immediately after his death. 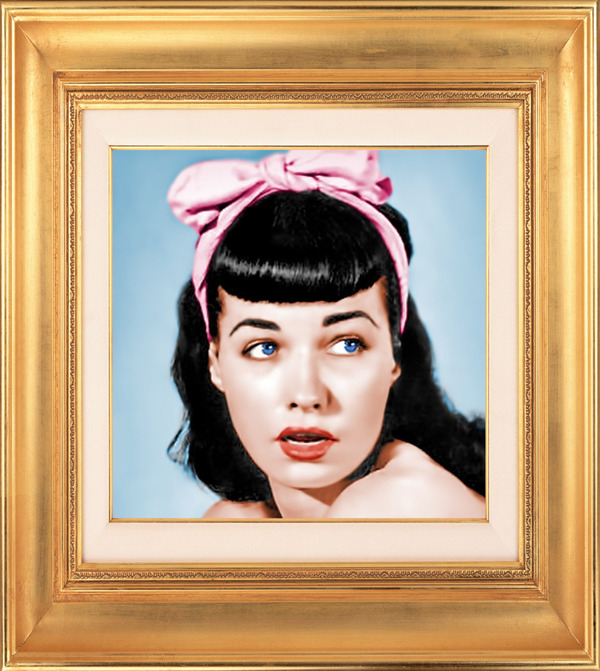 There are not so many women in our list of hard-working dead celebrities. But Bettie Page is one of them. Her annual “after death” income is estimated at $11 million.

The only one (for now) woman, who served as the head of American Movie Academy, worked hard during her long life (she died at the age of 85). Probably, her restless nature manifests itself even after death, because Bettie can’t stop earning.

She makes money through using of her image in various kinds of advertisement. In addition, Bettie’s brand is still popular. Under her name lots of luxurious accessories are released – starting from bags and clothes and ending with sexual lingerie.

Besides Bettie Page’s life story served as the plot for several books and movies, which brought actress’s heirs some income. Thus the movie “The Notorious Bettie Page” told about the provocative lifestyle of one of the first American sex symbols. 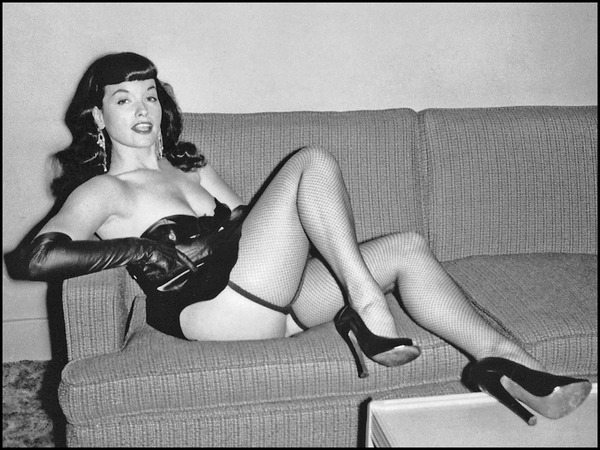 The other film, released by the production company Cult Epics in 2005, named “Bettie Page. Pin Up Queen” gathered positive reviews and enjoyed high popularity. Thus Bettie Page earned a couple of million, looking at our world from above.

As you see, many famous people make profitable career moves, even being dead for several years or even decades. Can’t it serve the best motivation for you? Even death is not the reason to be poor!