Top 10 Most Expensive Star Perfume: Money Has Its Smell

Fans like to copy the style, makeup and hairdo of favorite stars. But there’s one more detail, which is necessary to complete the look, but which can’t be seen on photo or on the screen. Yes, it’s the favorite fragrance. Famous men and women like elegant perfume too and are ready to open their checkbooks to get one more bottle.  Now you have a chance to peep at the stars’ dressing tables and see the favorite (and sometimes very expensive) perfume of the celebrity.

This elegant refined woman is the leader of our list. We have already told you, that Kate never regrets money for her beauty and spends millions of dollars for various beauty procedures, which help her remain young and beautiful.

When Kate was preparing to her wedding day, she consulted the designers and beauty specialists. The representative of the royal family, Kate Middleton must look according to the occasion, that’s why very often she wears clothes and makeup, which are recommended to her. Perfume is the only thing, which The Duchess can choose herself. 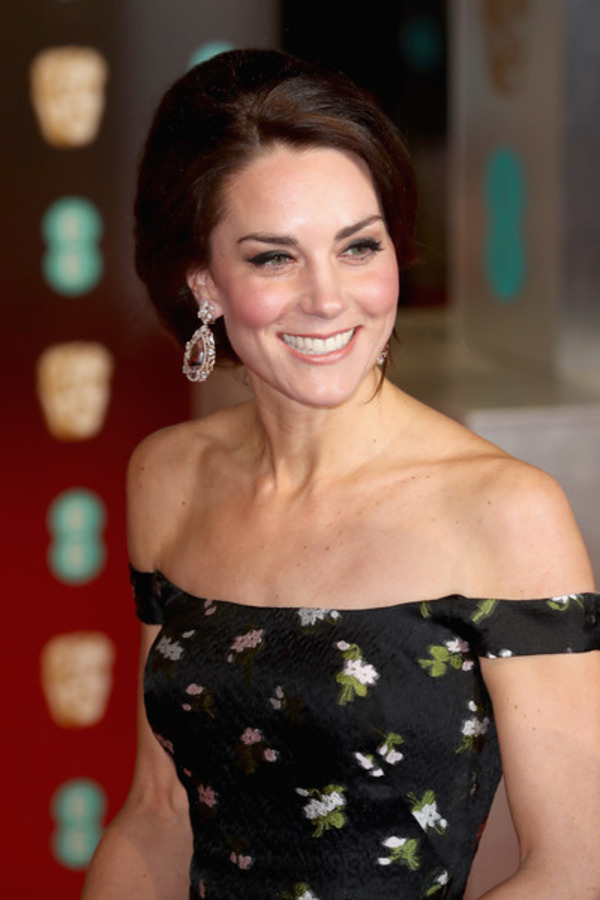 When Kate Middleton was dressing for Prince William on her wedding day, she added several drops of White Gardenia Petals by Illuminum. The royal fragrance was created especially for tender Kate, but now it is sold all over the world, so each woman can try it. Of course, the price of 50 ml bottle is quite high, but still it is affordable to the wide circle of buyers.

The fragrance, designed by Michael Donovan, is really delicate and worth the royal bride. The smell reminds that one of the bouquet of fresh spring flowers, which are flying in the wind. The top note of the fragrance is white gardenia, which is added by ylang ylang, jasmine and amber wood.

They say, the fragrance is the reflection of person’s inner world. That’s why our favorite perfume can change with age. Sometimes we can’t wear the aroma, which used to be our favorite several years ago. Gwyneth Paltrow favorite perfume tells about her a lot too. The actress, who looks very slim, fragile and delicate, likes really strong heavy smell. Tom Ford “Black Orchid” was described as “too sharp’ by many people. It is considered as unisex, so it can hardly be called too light or nuanced.

But the Oscar winning actress, who is known by her contradictory nature, names the aroma as her favorite one. 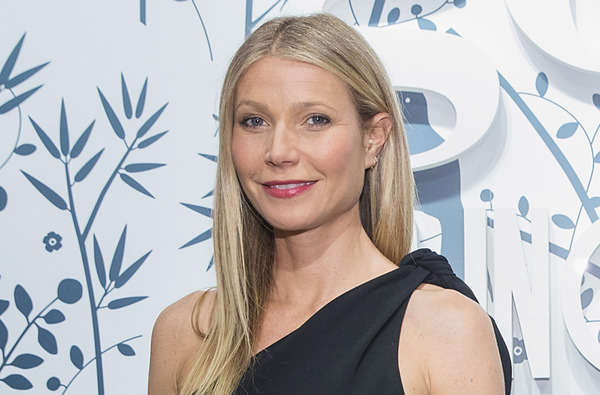 The perfume, created by Tom Ford, appeared in 2006. Tom himself explained that he wanted to create a kind of “old-school” aroma, which can suit the modern life. The fragrance central note was spice orchid and lotus and black truffle. The scent continues with a trail of vanilla and blackcurrant. Finally, the notes of sandalwood and patchouli appear.

Although for many people “Black Orchid” seems too sweet, Gwyneth prefers it for the aura of “adult glamour”, which is much more personal than light floral and fruit fragrances. She never hesitates to pay $122 per bottle. 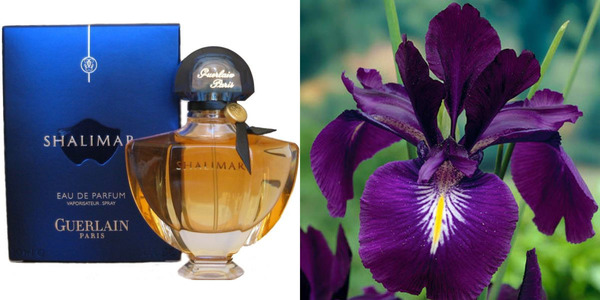 The main symbol of Hollywood and one of the most popular actresses in the world, Meryl Streep doesn’t care too much about her image. The incredibly wise woman, she knows that it is better to hide her brain. The actress, who prefers her family to her career, her good reputation to her salary and theater to cinema, have chosen aroma with a long history.

“Shalimar” from Guerlain was presented in 1921. Then, when companies sold perfumes in ordinary transparent bottles, it was a revolutionary aroma, presented in a unique vial, decorated with a blue cap. 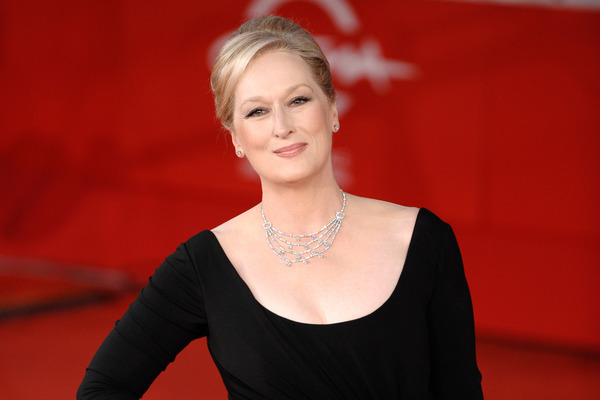 Jacques Guerlain was inspired to create an unusual scent, while he was travelling around India. There he visited Taj Mahal, surrounded by a beautiful garden. That garden was named “Shalimar” in Arabic. Till now the exact meaning of that word remains unclosed, but Jacques Guerlain translated it as “The Garden of Love”.

The hot oriental scent has notes of vanilla, rose and iris. For some people it may seem too sweet, but elegant Meryl Streep always has the bottle of this scent of her night table.

4) Scarlett Johansson – The Оne from Dolce&Gabbana

Scarlett Johansson heroines are always strong, independent personalities. In her real life the star is not a super woman, like her Black Widow in “Captain America: Civil War”, nevertheless she is not afraid of troubles and can solve her problems herself. In her interviews Scarlett complained, that her kind of curvy body brought her the fame of empty sex symbol, but she is not “the sweet kitten”, but successful person, who can compete with a man. 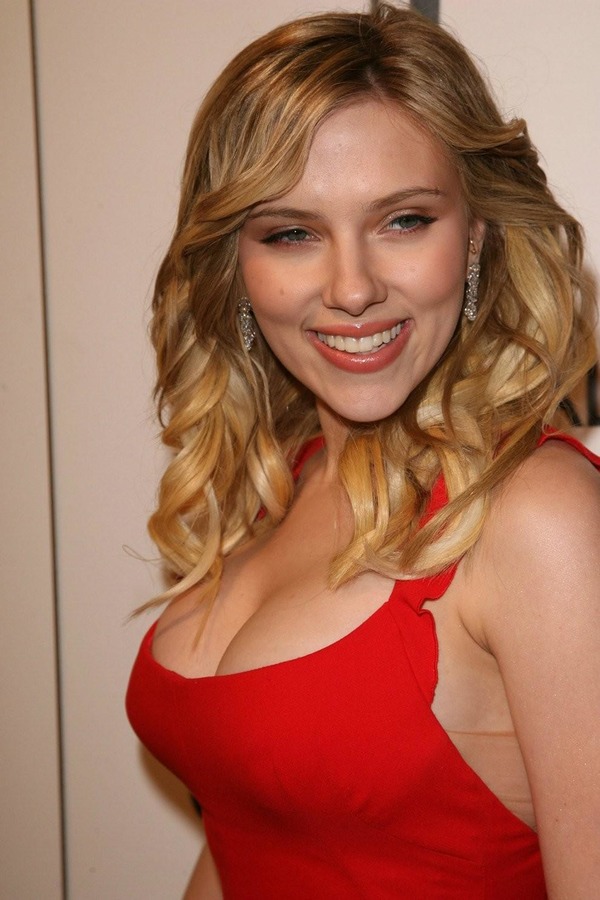 Probably, that’s why the beauty chose “The One” from Dolce&Gabbana. Each bottle of this fragrance cost $80, but Scarlett is ready to pay for it. The actress, who is very dynamic and active in her everyday life, likes fresh fruit cocktail from Dolce&Gabbana, which was presented in 2006.

The main notes of the scent are mandarin, peach and bergamot. Later these notes change  for delicate jasmine and lily of the valley. Scarlett Johansson likes this light and strong scent. She may be tempted by some other new fragrance, but she always returns to “The One” from D&G.

5) Blake Lively -The Beat from Burberry 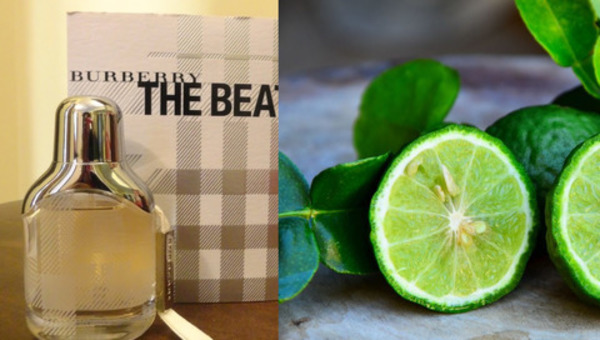 Blake Lively has become the idol of all teenagers in 2007, when she appeared as Serena van der Woodsen in “Gossip Girl”. From that moment Blake gained the status of fashion icon and everything she chose for herself, starting from clothes and ending with lipstick was immediately copied by girls all over the world. If you belong to Blake Lively fan club, you can wear her favorite smell too. Its price is $75 per bottle, which is quite expensive, but no doubt, it is worth it. 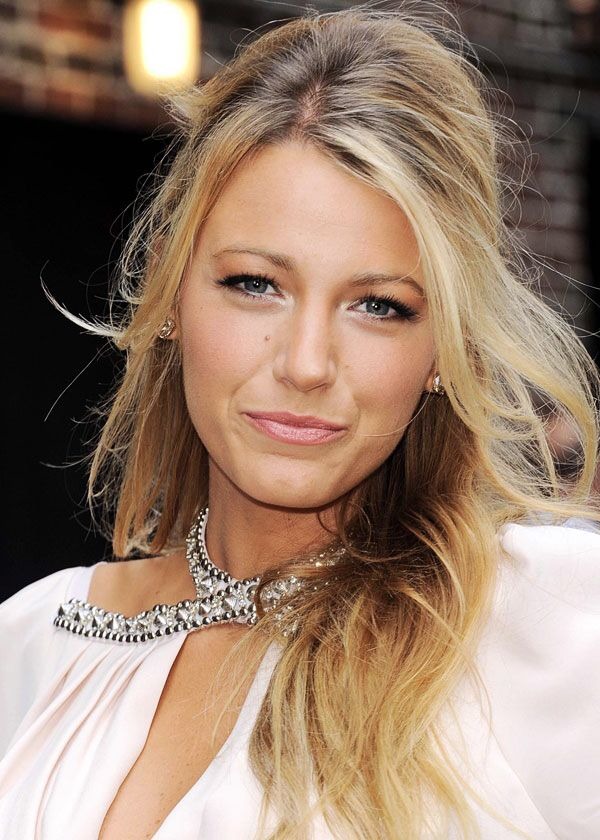 The favorite Blake’s perfume is “The Beat” from Burberry. Lively, who is a bright easy-going young woman, chose the light energetic scent. The main note of the perfume is fresh bergamot and mysterious cardamom. The middle notes are hot pepper and bright mandarin. The floral texture finishes the trail of the scent.

For the first time “The Beat” was presented by classical English brand “Burberry” in 2008. Since then it is the favorite aroma of hot Blake Lively.

For many people all over the world Cameron Diaz is so called “femme fatale”. Really, most of Cameron heroines were hot active women, who have always achieved all their goals. In her real life Cameron is not so serious as her Joy McNally from “What Happens in Vegas” and not so vulnerable as Kimberly from “My Best Friend's Wedding”. She likes short dresses, dreams to give up smoking and make her breasts bigger (just like her Elizabeth Halsey from “Bad Teacher”). Such an audacious person, Cameron chose really unusual aroma for herself.

The actress and ex-model is a big fan of “Happy” from Clinique. The scent costs about $69 per bottle, and Cameron, who uses perfumes all day long, buys them several times per month.

The bright emotional scent was presented by the brand in 1998. Then it was created for successful optimistic ladies, who love their job and meet each morning with smile on the face. 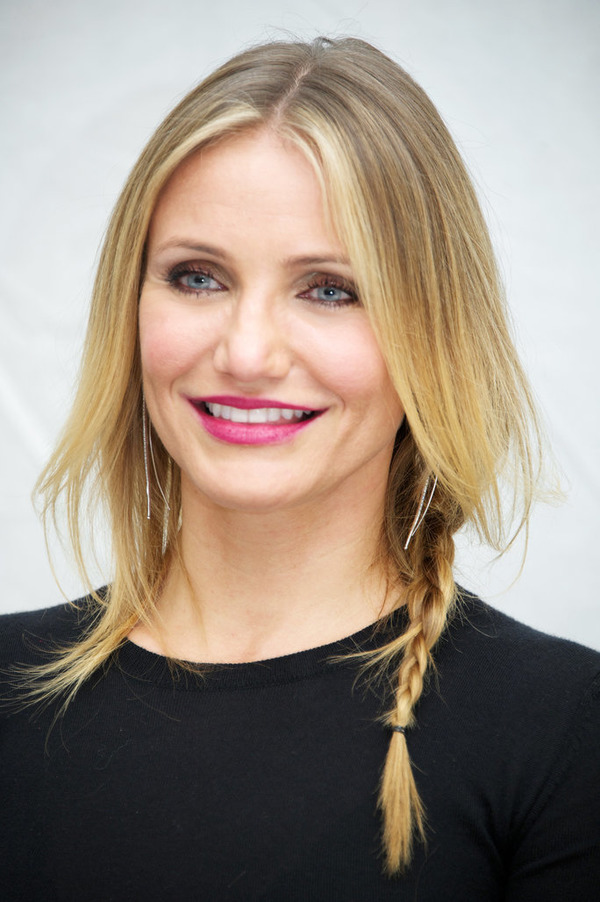 Cameron chose the scent for its freshness, which is expressed by top note of citrus. The middle notes of perfume are expressed by exotic flowers and the base notes are a morning orchid and rose. The scent, which has become favorite not just for Cameron Diaz, but also for many women all over the world. Happy was created by Jean Claude Delville and got FiFi award.

Angelina Jolie is a woman, which second name is danger. Her heroines are always complicated natures, which are ready to risk. In her real life Jolie is a great combination of “femme fatale” and so called “good girl”, who likes children and help people all over the world.

Probably, that duality of Angelina Jolie explains her choice of perfume. “Black” from Bvlgari can surprise too – it starts with cool dangerous notes of leather, wood and smoke and then opens with vanilla notes. One of the fans of “Black” described it as “if you see a dangerous guy on a bike, who smells with mother's cookies, when you come closer”. 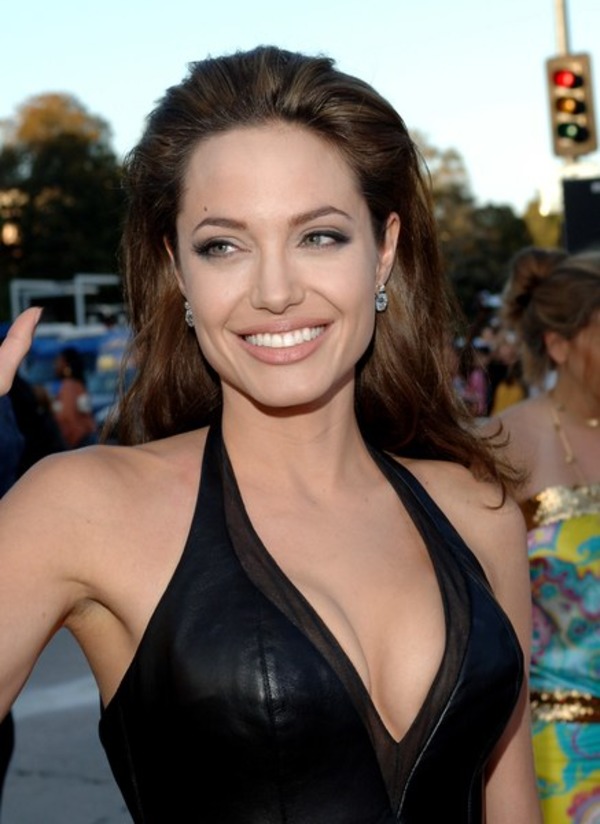 To look sexual and vulnerable at the same time, Angelina Jolie buys “Black”for $65 per bottle.

Most of heroes from our list are women. No wonder, because ladies usually express their mood and style through aroma they choose. The stronger part of humanity very often uses fragrances, which were gifted to them by their wives, girlfriends or sisters.

But Justin Timberlake is not the guy of that kind. He is a great lover of elegant masculine scents. That’s why Givenchy chose him as the spokesperson of their scent “Play”. By the way, Justin Timberlake really likes the perfume. 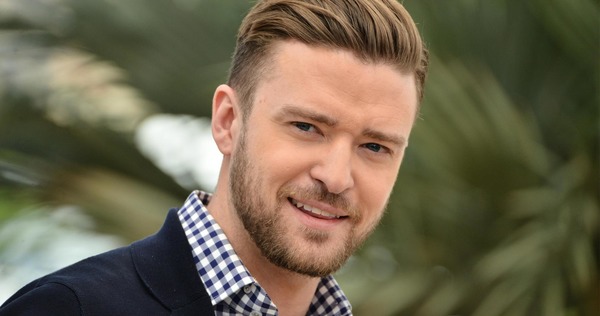 The unusual male aroma, presented in 2008, is sold in a bottle, which looks like MP3. Justin, who is known by his bright dancing music and active way of life, uses this perfume regularly. He likes its energy, expressed by initial grapefruit notes and then supported by coffee, pepper and bergamot. The ideal choice for a famous rich man, like Justin.

Elle MacPherson gained popularity as a supermodel. Later she changed that status for a business lady and mother of two sons. Elle used to tell, that in spite of her slim fragile look she has a strong masculine character. That’s why she chose “Vetiver” by Guerlain as her favorite perfume.  The scent was presented for the first time in 1961. 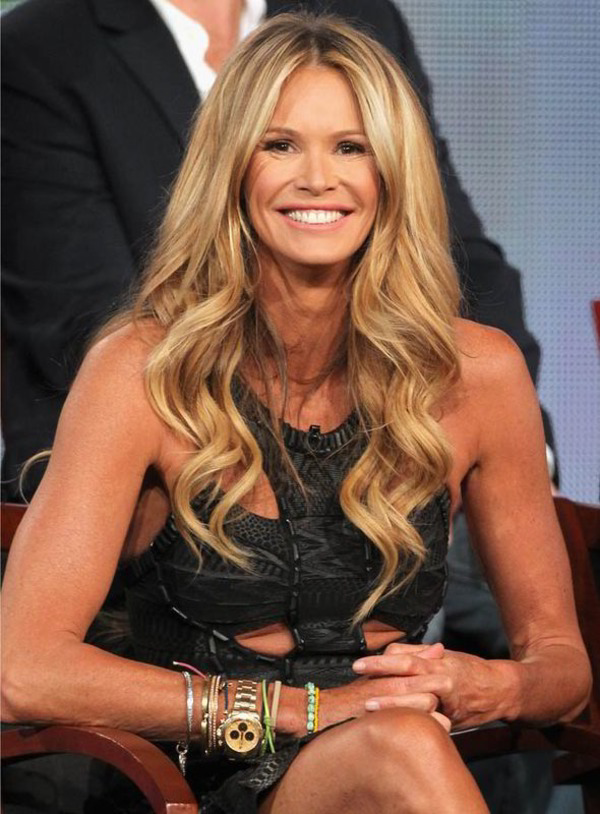 It was re-launched in early 2000s. “Vetiver” belong to so-called “unisex” scents. It starts from bergamot and coriander notes and then continues with vetiver and tobacco scent.

One more man in our top list is the rapper 50 Cent, whose born name is Curtis James Jackson. The person with masculine character and animal magnetism, the rapper chose the scent, which is worth just the people of the upper circle. The complicated aroma has no floral notes at all, it is rather grassy. It starts from patchouli and vetiver and ends with pine tree needles notes. The perfume suits strong men, who value eternal things and like to follow the traditions. 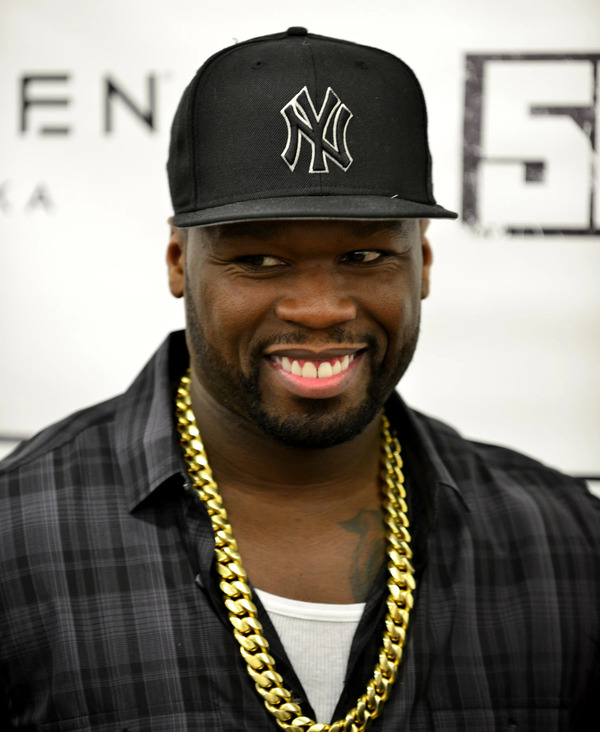 As you see, the stars use aromas to express their mood and their life values. You can easily try any perfume from this list and feel like your favorite celebrity. Why not?