Home > Style > Top 10 Most Popular Gays in the World: The Gayest Post You’ve Ever Seen!

Top 10 Most Popular Gays in the World: The Gayest Post You’ve Ever Seen! 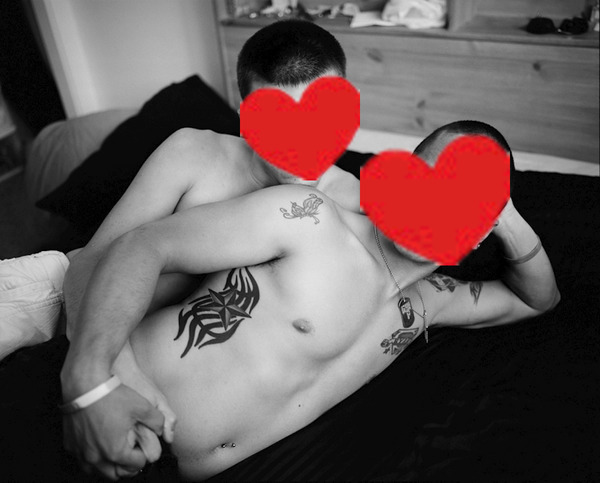 Probably, you have already read our top lists, which PiNetworth never gets tired to post for you. We told you about Top 10 Most Expensive star dresses, Top 10 Most Expensive Star Perfume and Top 10 Trophy Wives. If you haven’t read these posts, don’t look for them now, because our today topic is much hotter and more interesting. 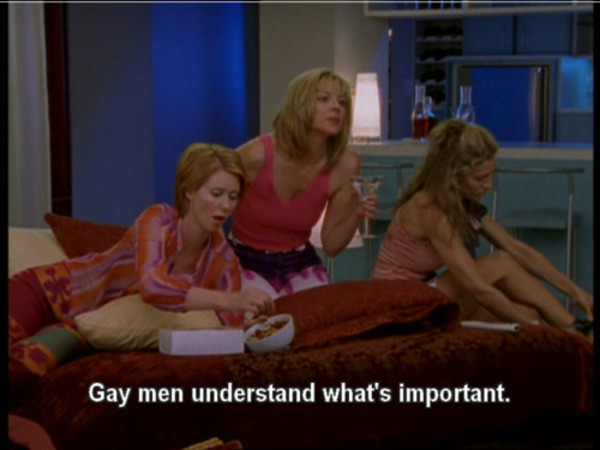 Do you remember the phrase, which Samantha Jones told in popular series “Sex and the City”, “Gay men understand what’s important: clothes, compliments and cocks”? Probably, that’s the reason, why there are so many gays among celebrities – men, who can create art and beauty, are too tender to love women. They have natural talent and feeling of style, but are lack of real male magnetism, that’s why they are looking for it in their partners. 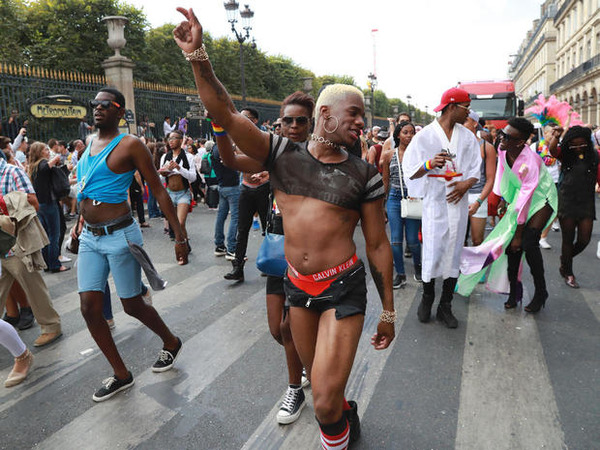 Gays are a wide-spread phenomenon in the show business. And if in the 20th century it was recommended to hide homosexual orientation, after 2000s, on the contrary, being gay or having a gay friend became almost fashionable. Barack Obama used to tell, that “It’s important that gay or same-sex couples shouldn't be treated differently than anyone else”. PiNetworth team has nothing against gays. And we’ve completed the least of most popular gays in the world for you. 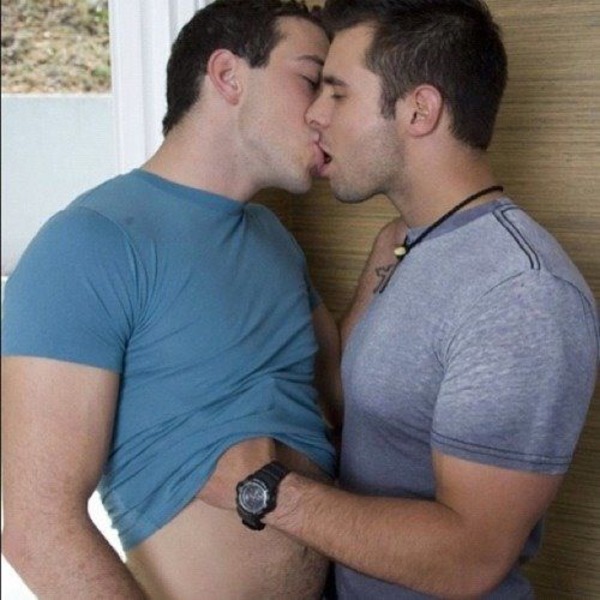 Probably, one of the cutest gays in the world is Neil Patrick Harris. The actor, whom we know as Barney from “How I Met Your Mother” and Doogie from “Doogie Howser, M.D.”, confessed that he was a gay in November, 2006. Neil made a statement, where he explained, that he wanted to dispel any gossips around his sexual orientation and was ready to open up to his fans, that he was “a very happy gay”. 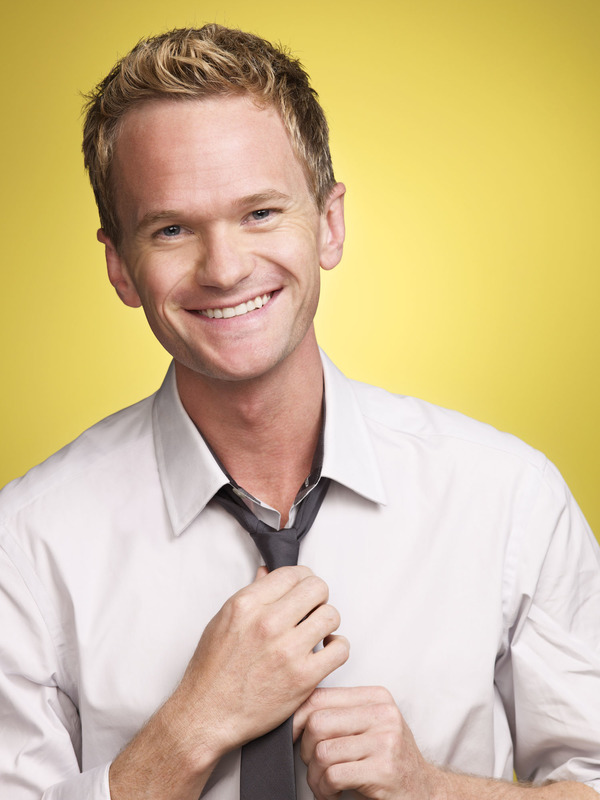 By the way, it was quite a courageous step from the actors’ side, because most of his heroes, like Barney or Desi from “Gone Girl”, are real admirers of female beauty, and after making confessions about the gay sexual orientation, the actor could lose the big part of his female audience. 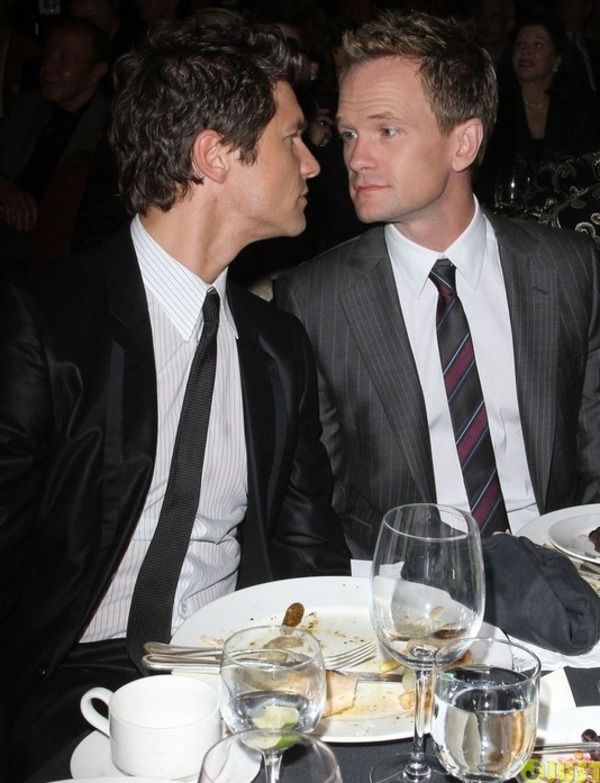 Nevertheless Neil Patrick Harris fans understood him and appreciated his honesty. Now the actor is happy with his partner, a professional chief David Burtka. In October, 2010 they welcomed twins – their son and daughter, born via surrogate. 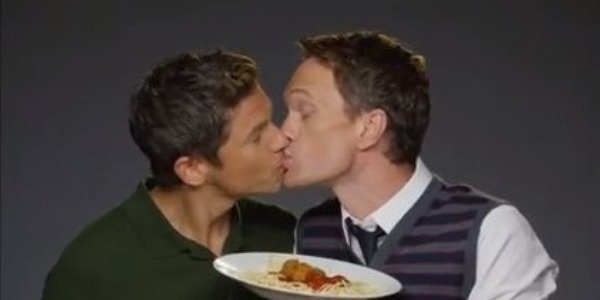 The other famous person, who confessed that he was gay, in October, 2017 is Kevin Spacey. The unbelievably talented actor, the holder of two Oscars and the successful producer, Kevin caught the hearts of all women all over the world, having portrayed Helen Hunt love interest in “Pay It Forward”. 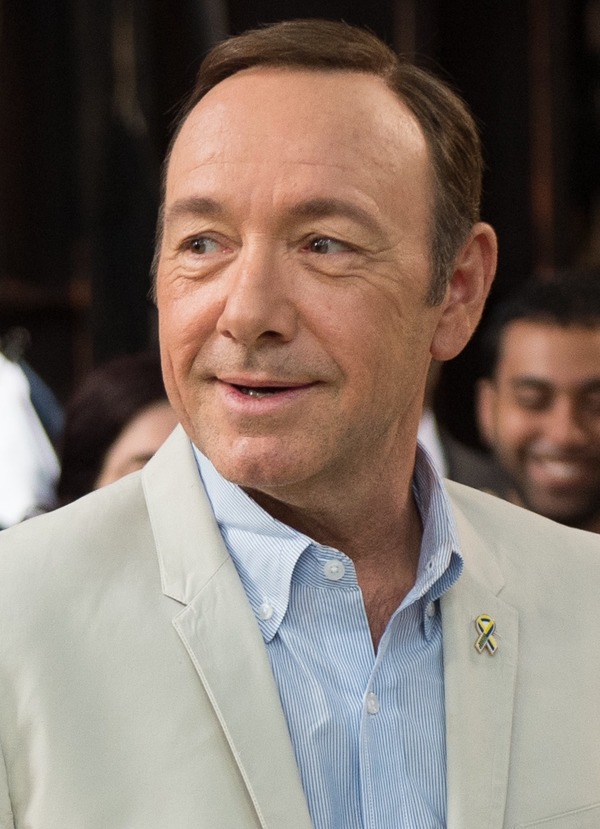 Being one of the most talented actors of the epoch, Kevin Spacey has become popular not just with his movie roles. Lots of rumors about his unacceptable sexual behavior have been circulated in certain circles. Paparazzi caught him, doing one inappropriate thing after another. Kevin Spacey was pictured, cuddling the male model in LA. Then he was seen in the night club, where he spent the time with several guys, taking by hand one of them. Finally, Kevin Spacey was considered as a man, who had lots of young friends – gays. 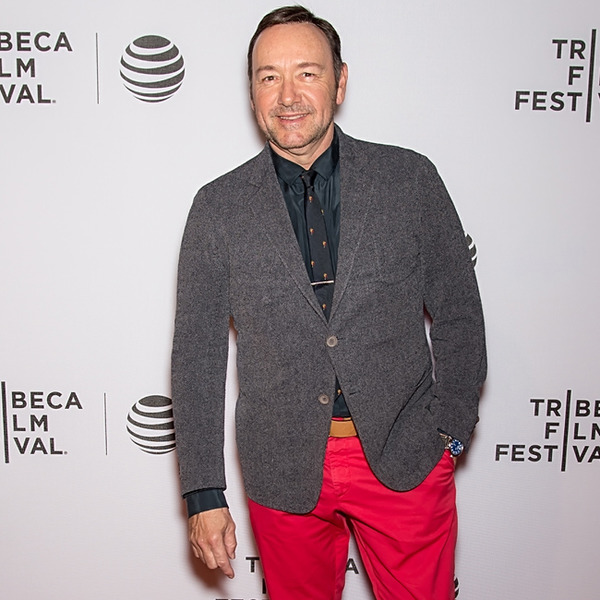 Although during many years Kevin Spacey told in his interviews, that he “doesn’t want to demonstrate his private life in public, that’s why he never appears at some ceremonies or events with his woman”, the rumors that he prefers men, have always circulated around him.

Finally, the actor opened up, that he is “bisexual, but now lives mostly as a gay”. After that ex-Gay Times chef editor Josh Rivers advised Kevin Spacey to come out rather as an alcoholic than as a gay. 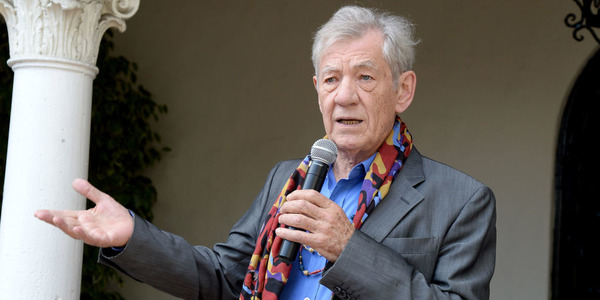 Gandalf from “The Lord of the Rings”, narrator, musician and knight, Ian McKellen has come out as a gay 30 years ago. He has never hesitated to introduce his male partners in public – the actor lived with a teacher Brian Taylor and then preferred another man to him – the film director Sean Mathias. 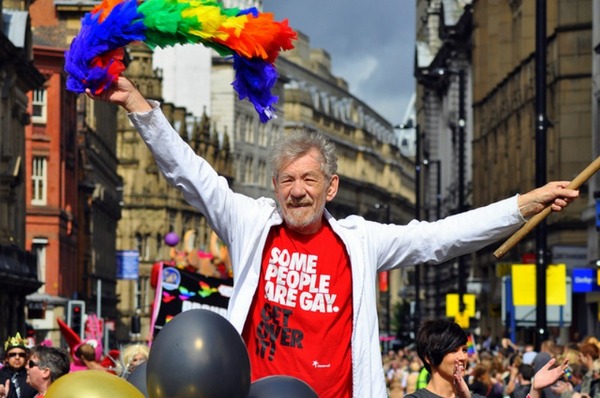 Ian McKellen can boast with numerous career achievements, but he tells, that he wants to be remembered rather as a gay community activist than a movie star. He co-founded “Stonewall” – based in UK group, which protects gay rights.

You are not right, if you think, that only actors are the most courageous celebs, who can come out as gays. Very often internationally popular athletes are not afraid to demonstrate their support of gay rights. Very often they come out himself as gays too. 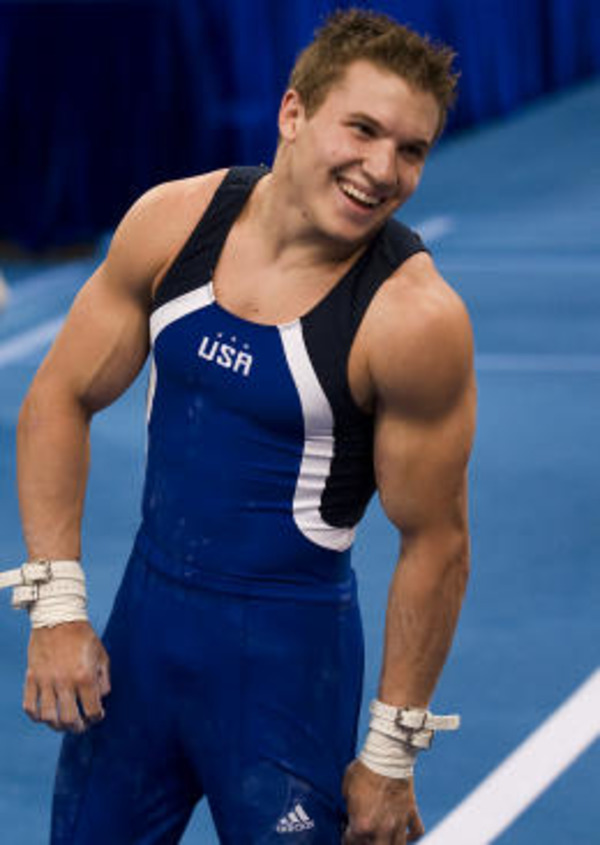 The sportsman came out as a gay at the age of 19 during his sophomore year. As for now, Graham is 34, and he doesn’t regret about his decision to open up. At the same time, the gymnast denies the fact, that most of his teammates are homosexual, because they are effeminate. “Most of my colleagues are straight”, he tells. 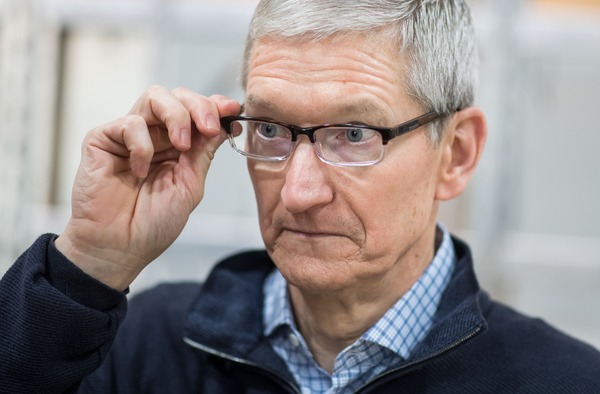 Timothy Donald Cook has been developing one of the most famous brands in the world, Apple, since 1998. In 2011 he replaced Steve Jobs on the post of Apple CEO.

In middle 2000s Apple Inc has become unbelievably popular, and Tim Cook came into the limelight. He gave lots of interviews, where he discussed his career, his love to fitness and his eagerness to sacrifice the part of his liver to Steve Jobs. But he has always been silent about his private life. 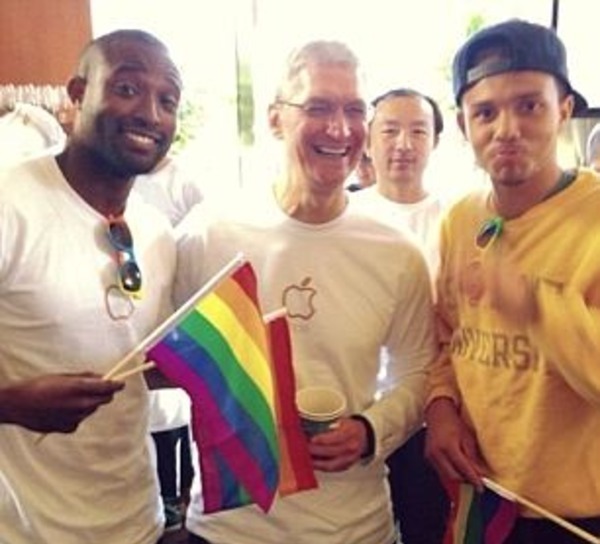 The talented engineer lived alone for years, and explained his lifestyle by too tough schedule. “I want to focus my mind on my career”, Tim Cook used to say.

But in 2011 he came out as a gay. Later he gave lots of interviews on the topic. Tim Cook explained that most of his colleagues and friends have already known about his passion to boys. But he decided to tell about it to the wide circle of people. That’s because he wanted to support the others, who are gays, but are afraid to tell about it. 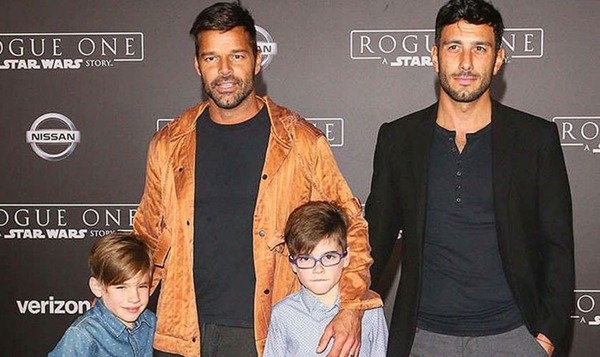 In early 2000s Ricky Martin was one of the hottest Latin young men on TV. Girls all over the world lost their heads from Ricky. He looked like a man with real male charm and energy. And he dated women! Ricky Martin cohabited for 9 years with a Mexican TV personality Rebecca de Alba. He also hooked up with Jennifer Lopez, Ines Misan and Alessandra Ambrosio. 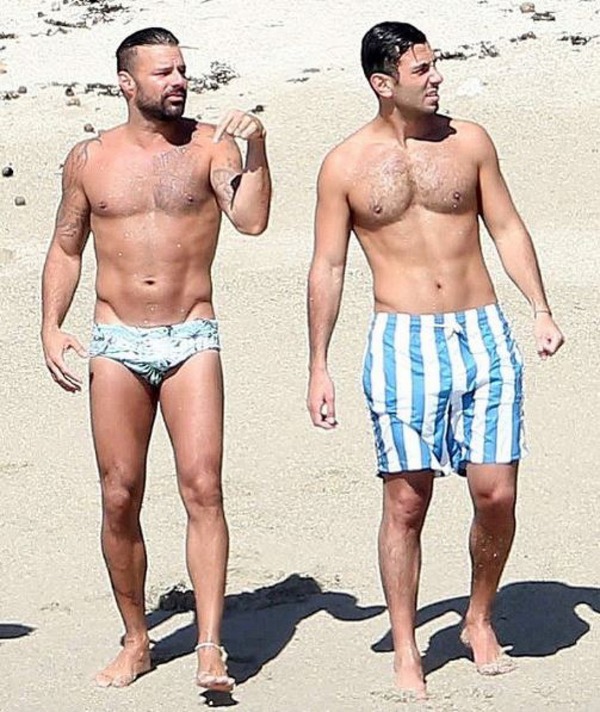 But in March, 2010 Ricky Martin came out as a gay. Now he is a father of 2 twins, born via surrogate in 2008. The popular singer is married to a Swedish painter Jwan Yosef. In his interview Ricky Martin told, that his friends tried to dissuade him to come out. They supposed, it would be the end of his career. “But I am glad, that I did it. I needed it to be happy!” he said.

Jim Parsons has become a household name in 2007, when the first episode of “The Big Bang Theory” was released.

The series, which consists of 10 seasons as for now, are still on air. Jim’s hero Sheldon Cooper is in love with Amy (portrayed by Mayim Bialik). But in his real life, Jim Parsons prefers male partners. 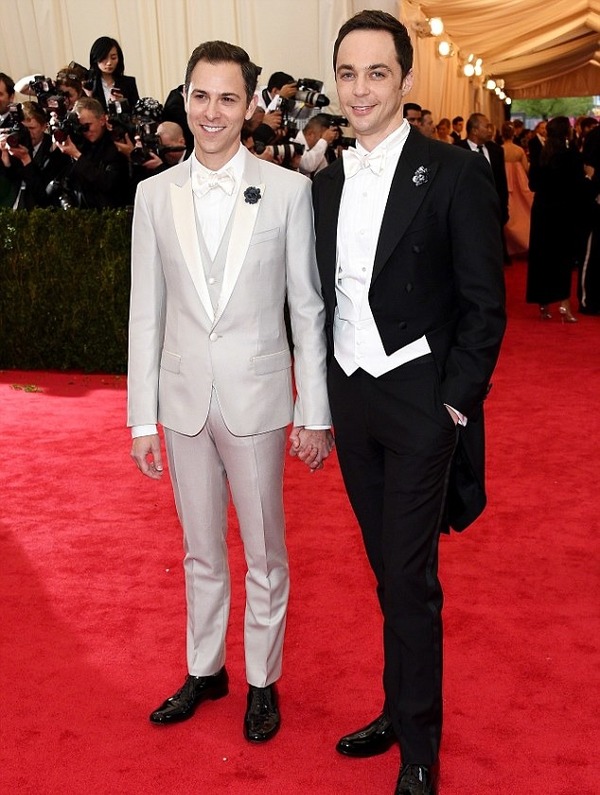 He met Todd Spiewak more than 14 years ago, and in spring, 2017 finally proposed him. They wedded in May that very year.

A famous fashion designer, who worked for the most reputable fashion houses in the world – such as Givenchy, Christian Dior and some others, had no need to come out as gay. His look and manners spoke for themselves. 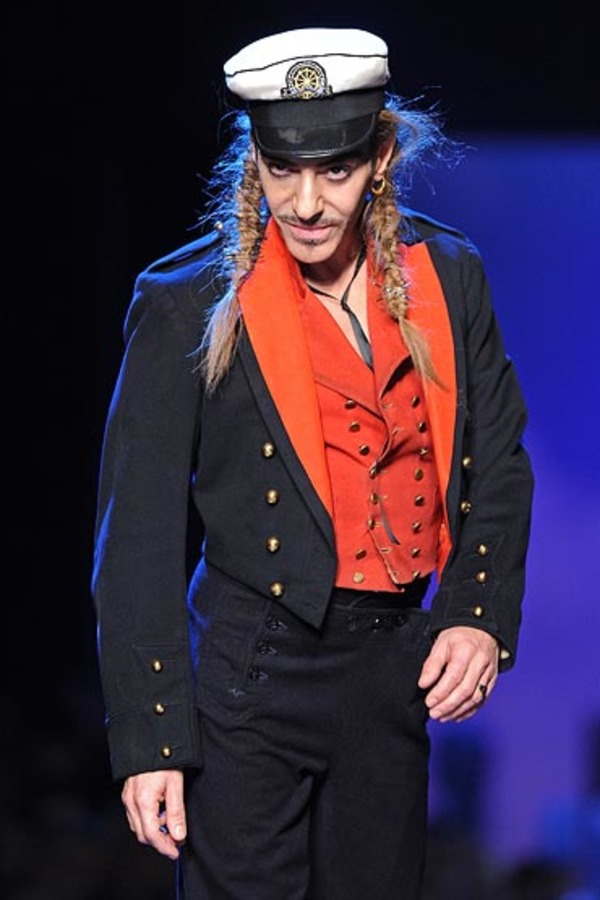 John Galliano was in long-term relationships with a British designer John Flett. Currently he lives with a stylist Alexis Roche. 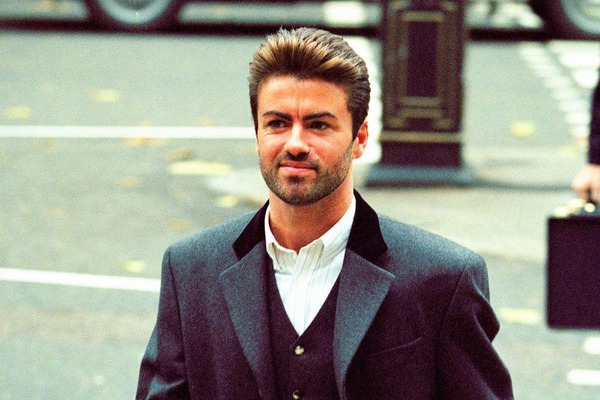 Late George Michael had a deep pleasant voice, which made women tremble. That’s why many of them refused to believe, that their idol was gay.

In fact, in his teens George Michael fell in love with women. But at the age of 19 he suddenly was attracted by a boy. 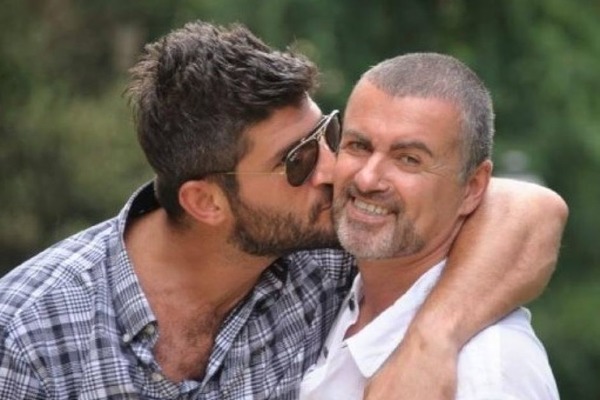 From that moment George Michael dated both, men and women. Finally, he fell in love with a man and proclaimed himself as a gay.

We’ve been hesitating, whether or not to share the gay rumors about Wentworth Miller. The actor, model and screenwriter rose to prominence as Michael Scofield on the series “Prison Break”. The young handsome actor immediately caught the eyes of the media. In middle 2000s the first rumors about Wentworth Miller homosexuality appeared in press. But the actor denied everything. “I am not gay, I am just shy”, he said. 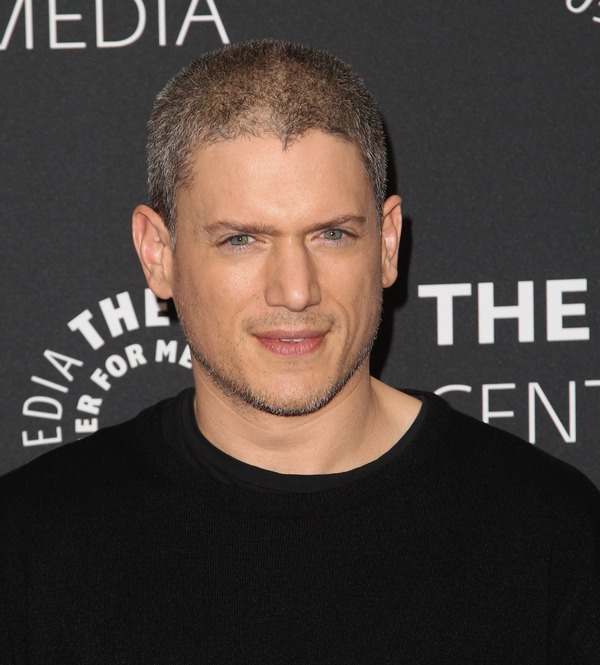 To pretend to be straight, Wentworth Miller even dated women. He was in long-term relationships with an actress Mariana Klaveno, whom you may know as Peri Westmore from “Devious Maids”. And in 2013 the actor finally dared to come out as a gay. He wrote an open letter, where he explained, that he had to refuse from a visit to Russia (he was invited to a film festival there) because of intolerance of Russians towards gay community.

Currently Wentworth Miller is single, but he used to date Luke Macfarlane and Mark Liddel. 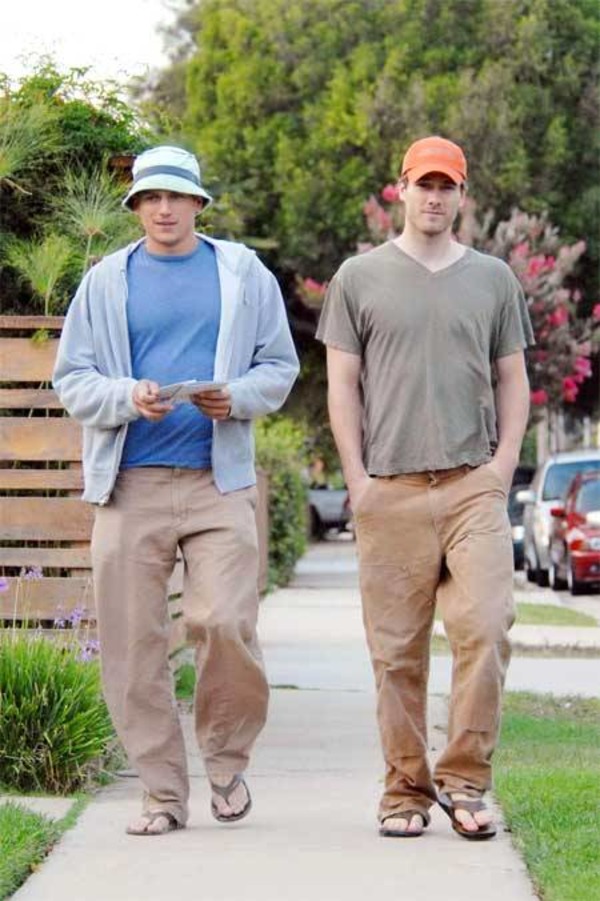 Probably, we’ll finish our top list with Wentworth Miller. By the way, we haven’t said a word about Elton John, Elijah Wood, Bruno Mars and many other celebs, who are rumored to be gays. We didn’t tell about stellar lesbians too. We’ll tell about them some other time. Follow our new posts!