Home > Style > Top 10 Most Popular Lesbians: When A Woman Loves A Woman

Top 10 Most Popular Lesbians: When A Woman Loves A Woman 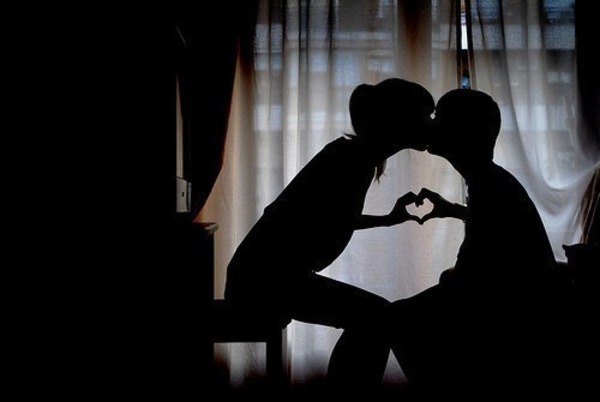 Celebs do not like to talk about it. But sometimes words are not even necessary. The paparazzi, who spy on celebrities all the time, often find out more than they are allowed. Unsuspecting stars find themselves in front of cameras, when they are on dates at some dubious clubs. Thus, the secrets of their sexual life are often revealed. We’ve already told you about Top 10 Most Popular Gays in the world. Now it’s the ladies’ time. 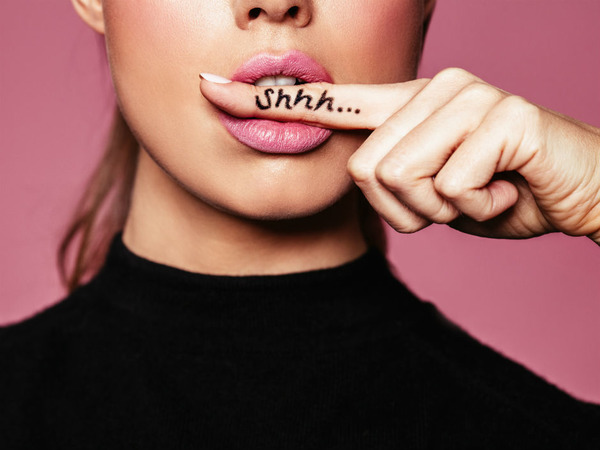 So, fans can learn that their favorite singer, actress or model does not support traditional family values. More than one celebrity has already been ranked as a lesbian without any proofs of this fact. The beauty Kendal Jenner, the smart woman Oprah Winfrey and a noisemaker Queen Latifah have already been ranked as lesbians. Each of the above-mentioned women hastened to make a rebuttal of such rumors. But there were the ones, who confessed! 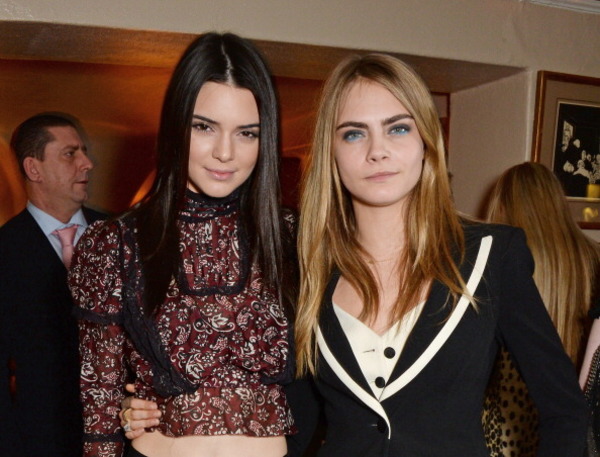 The Canadian actress Ellen Page had never looked like a typical girl. She preferred long T-shirts to dresses and hated shopping. She fell in love with acting at the age of 4, but had never dreamed about popularity. She has become a sensation in 2007 after the release of Jason Reitman film “Juno”. 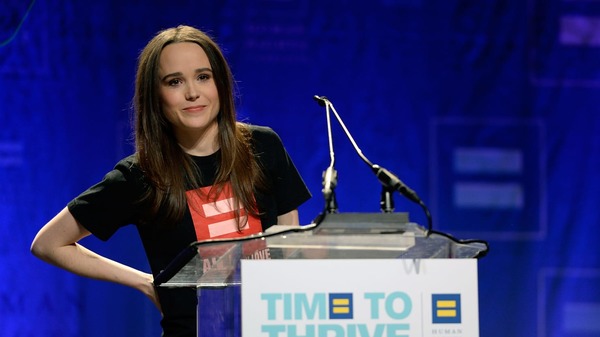 At first Ellen Page kept her personal life in secret, but in 2014 she opened up about her sexual orientation. The actress told everything to the visitors of “Time To Thrive” conference, which was devoted to the rights of homosexual, bisexual and transgender people. Ellen, the actress, named herself “the representative of an industry, which brings crushing standards on all of us, such as standards of beauty, success and beautiful life”. Page told that people had to value their differences and not to provide standard frameworks for all of us. “I am gay”, she told and the audience broke into applause. 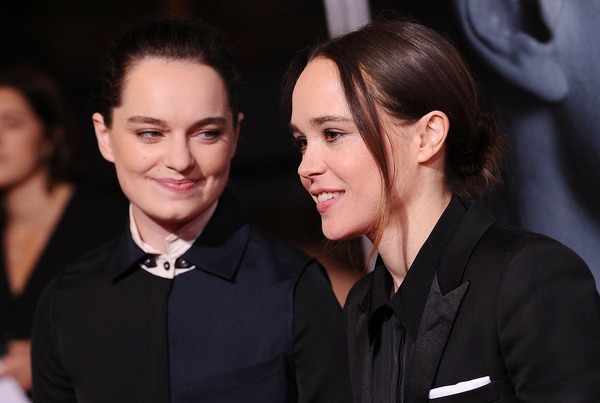 As for now, Ellen Page continues speaking on behalf of LGBT community and support young people, who think, that they are homosexual. The actress is happy in her lesbian relationships with a dancer Emma Portner, whom she married in 2018.

People worldwide know and love this woman, because she brings strength and beauty to them. Jillian Michaels rose to fame as a personal trainer on “The Biggest Loser”. Then the slim and very charismatic coach made the show participants and viewers lose their pounds even faster than the snow melts on the sun. 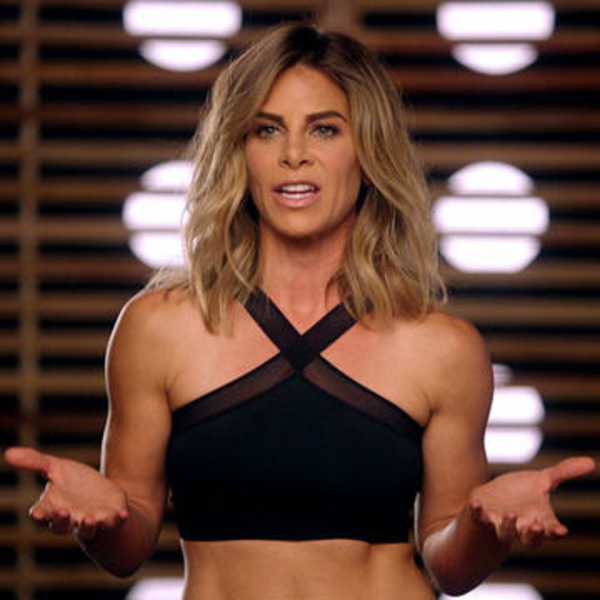 Having become popular, Jillian had to share her private moments with her public. Thus, around 2012 she confessed that she was gay.

Jillian Michaels told that in her young years she was homophobic and hated to watch films and TV shows, devoted to gays. She felt freak, when she watched Madonna music video, where the pop star kisses another woman. But later she felt, that she was gay herself. 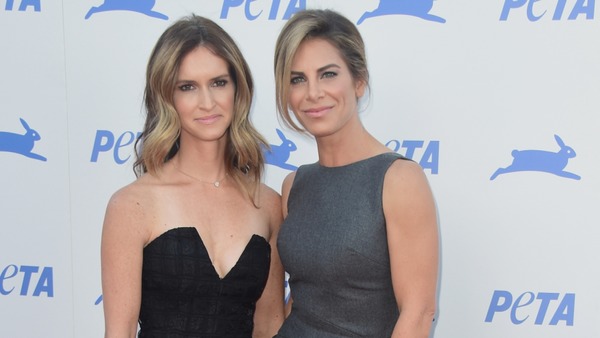 Jillian Michaels lives with her partner Heidi Rhoades. Two women are engaged. They have adopted two kids – a daughter and a son.

All the heroines of “Sex and the City” were compared to their heroines. And it turned out, that Kristin Davis and Charlotte York have a lot in common, as well as Kim Cattrall and Samantha Jones. 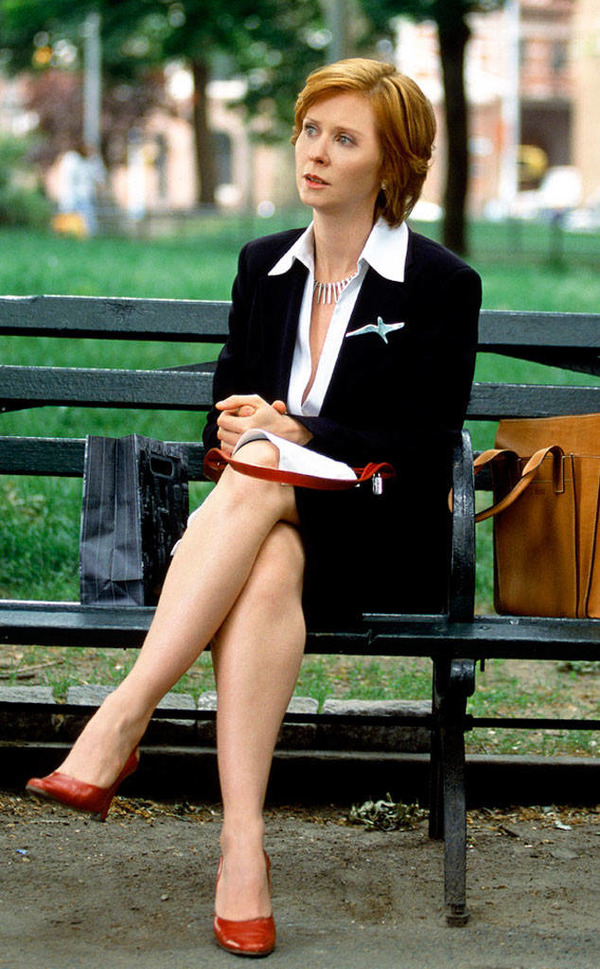 But there’s at least one thing, which differs Cynthia Nixon from her screen character Miranda Hobbes – their sexual orientation.

By the way, Cynthia Nixon doesn’t look like the other actresses from the famous series. In spite of the phenomenal success of SATC, she had never thought, that this product is deep or smart. “All the heroines do is just eating, shopping and having sex”, she told once.

The daughter of a successful and strict mother (Anne Nixon was a writer and actress), Cynthia made her acting debut at the age of 12. She had no time for those things, which are interesting to all teenagers worldwide – to fool around, to get drunk and to understand your inner world. 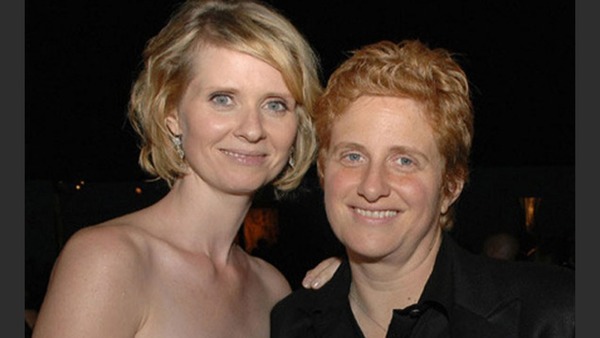 At first Cynthia Nixon lived like any other woman. She worked, got married to her classmate and gave a birth to two kids.

But in 2004 Cynthia appeared in public with Christine Marinoni, an education activist. Cynthia explained, that “she had changed”.

The couple wedded in 2012. They live with two Cynthia Nixon kids and a son of Christine Marinoni.

In 1980s celebs were not ready to make the public striptease and tell openly about their non-traditional sexual orientation. One of the first stars, who came out, was Ellen DeGeneres. In 1997 she kissed a Canadian singer k.d. lang at the award ceremony, arranged by LA Gay and Lesbian Centre. A hot kiss caused lots of rumors, and finally the actress admitted in her interview to Time magazine, that she was lesbian. 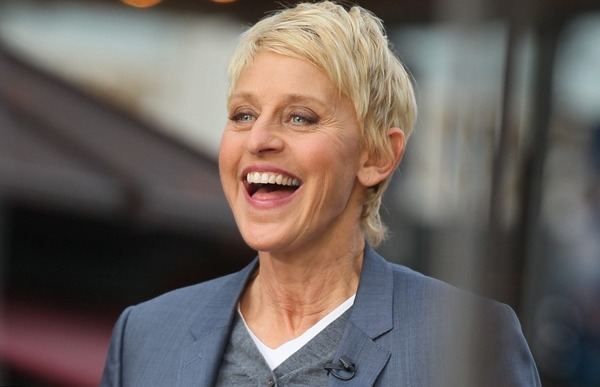 Later Ellen DeGeneres opened all the details of her personal life at Oprah Winfrey show. Then, in late 1990s, Ellen decision to come out was really a courageous one. Many of her fans didn’t accept her confession and couldn’t believe that their actress was not straight. Some of her fans cried on the camera, the others started to send her hate mail. 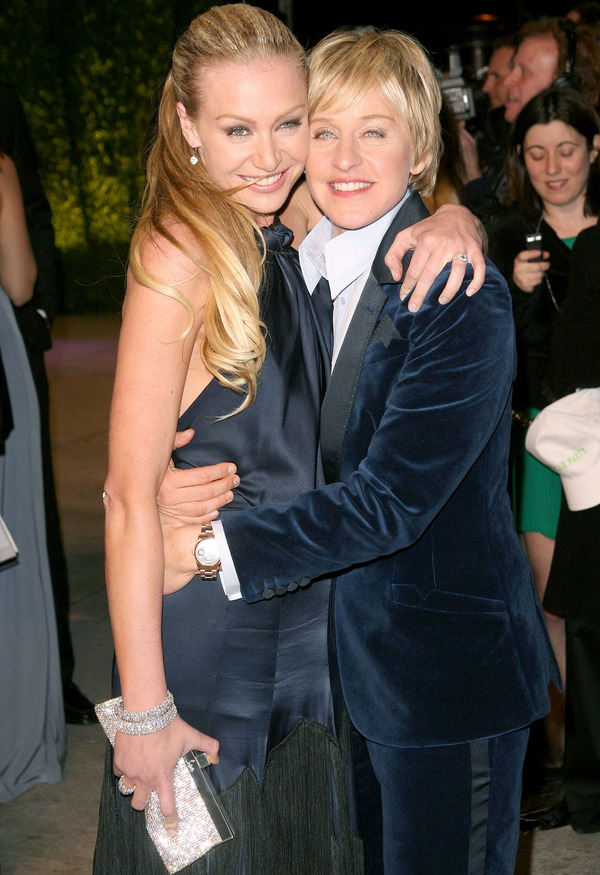 But she was wise and strong enough to pass through all these difficulties. Now Ellen is married to an actress Portia de Rossi.

Adèle Haenel is an internationally popular French actress, who is known to the wide circle of fans as Floriane from the drama “Water Lilies” and as Léa from “House of Tolerance”.

The actress Adèle Haenel comes from a well-educated French family. Her mother was a teacher and father was an interpreter. The girl was interested in acting since her early years. In 2009 she rose to prominence as Water Lilies actress. During her work on the drama Water Lilies, Adèle met the young film director Céline Sciamma. While getting the César Award for Best Actress in 2014 Adèle announced in public, that she is a lesbian and she loves Céline. They are a couple till now.

The daughter of two talented people (Vanessa Paradis and Johnny Depp), Lily-Rose had an interesting life since her birth. She travelled a lot with her parents, spent a lot of time both, in Paris and LA.

Lily-Rose Depp debuted as an actress at the age of 14. She acted in the film of her friend’s father, named “Tusk”. Then the sweet girl with the face of an angel continued appearing in new movies and even starred in a number of advertising campaigns. 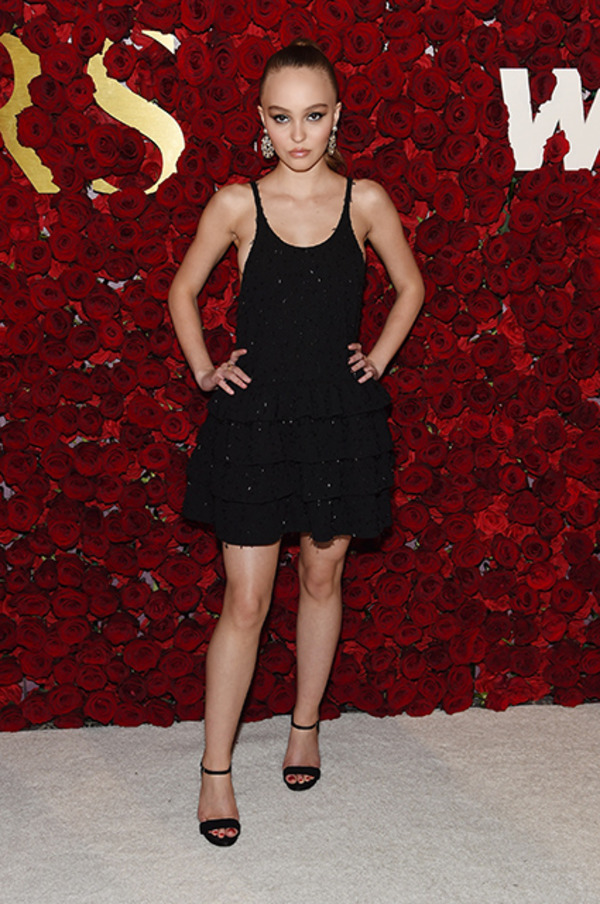 In 2015 Lily-Rose participated in LGBT campaign and lots of her fans understood it as her coming out. Even her famous father wrote a post through social net work, where he supported his daughter’s non-traditional orientation.

But later Lily-Rose Depp told that her words were misunderstood. She told that she likes the idea to have a choice, but as for now, she is straight.

Cara Delevingne is a living evidence of the fact, that being rich, famous and beautiful doesn’t always means “happy”. 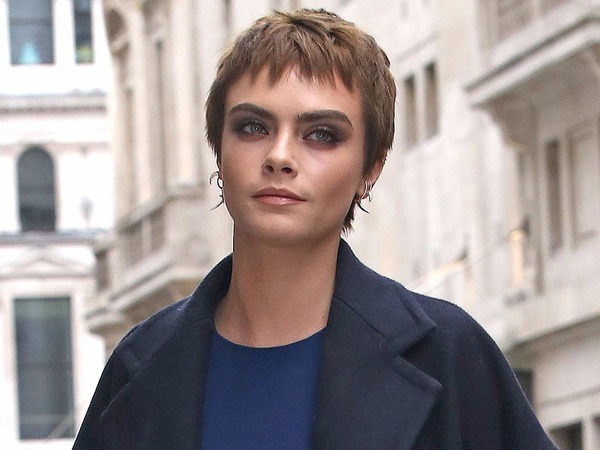 The representative of an upper-class English family, Cara was diagnosed with neurological disorder in her teens, and later the model explained, that this health issue had become the reason of her failure at school. At the age of 15 Cara had a severe depression. She told it was caused by her mother’s drug addiction. 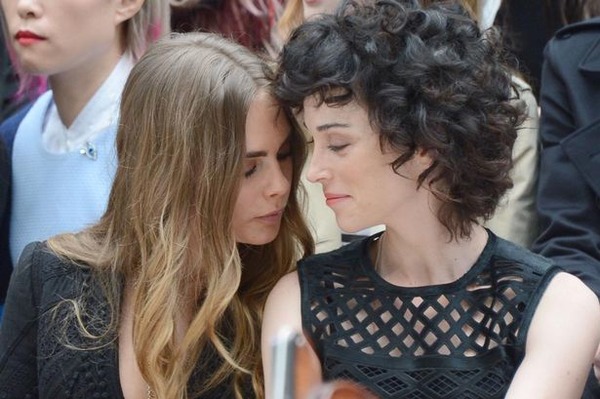 The girl found consolation in work and in love. The actress Cara Delevingne had never given any comments on her sexual orientation. But she had never hidden female partners from her fans and journalists.

American actresses never stop telling, that coming out may become crucial for their career as most of fans can’t accept homosexual orientation of their idol. 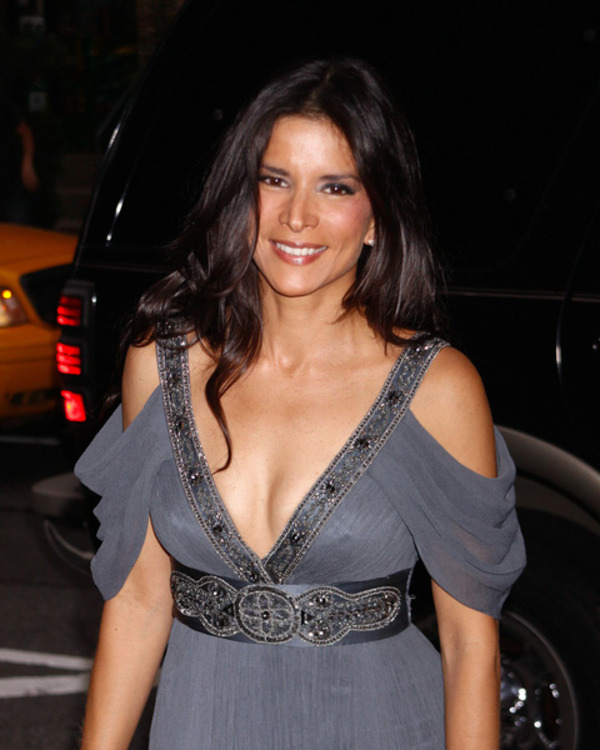 But American society is incredibly tolerant to gays in comparison with some countries of Latin America. That’s why it was really a bold decision from Patricia Velasquez (Venezuelan actress) side to open up in her autobiography book “Straight Walk” that she was lesbian. 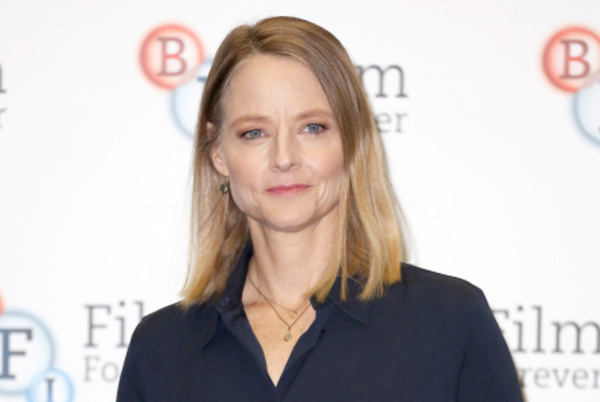 As for now, it’s not a secret to anyone, that the actress and film director Jodie Foster is lesbian. But she tried to keep this fact in secret for many years, till finally Jodie decided to come out and tell the truth.

The rumors of the actress’ homosexual orientation appeared for the first time in 1991. Then two newspapers simultaneously wrote about Jodie’s secret love to girls. In fact, around that time Foster started her first long-term serious relationship with Cydney Bernard. 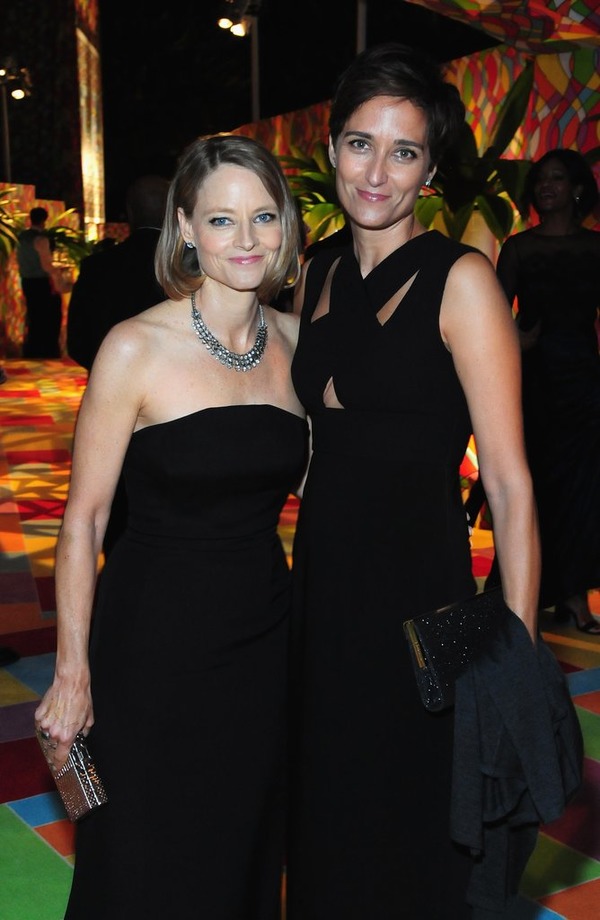 Foster came out as a lesbian in 2007 and six years later she told about her sexual orientation at Golden Globe Awards. In fact, Jodie’s coming out was not so clear, because she didn’t tell “I am gay”. But she told, that “her first coming out was thousands years ago, when her parents and friends had to accept the news that she, then-fragile young girl, used to bring them”. The actress stressed one more time, that she values privacy most of all. In 2014 Foster married a photographer Alex Hedison.

The actress Sarah Paulson, who has starred in many great films and TV shows, including “What Women Want”, “Down with Love”, “American Crime Story” etc, is lesbian too. 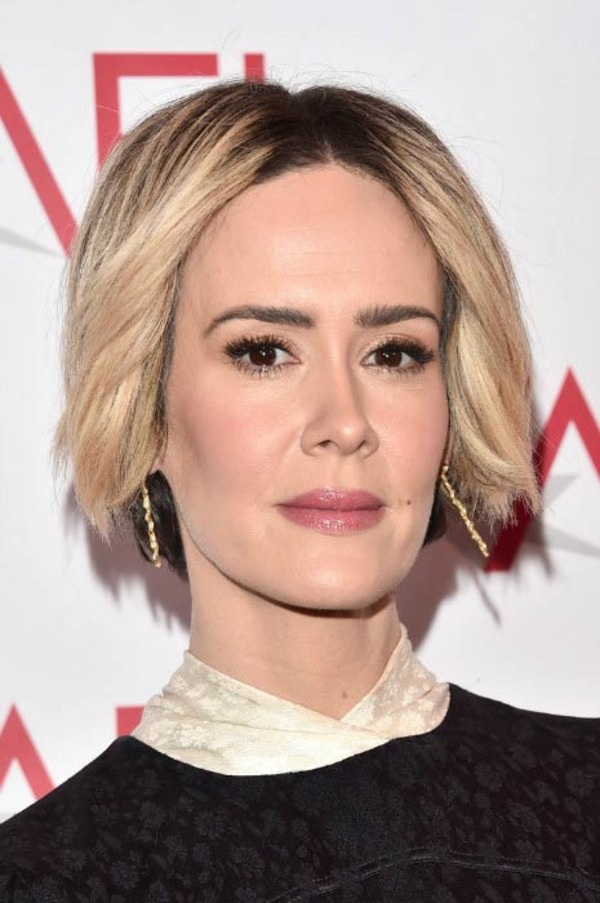 Sarah Paulson was in open relationships with Cherry Jones, but she had never considered herself as a typical lesbian. “As for my orientation, it is fluid”, she told. In fact, Sarah was in relationship with men too and even was engaged to a screenwriter Tracy Letts.

Nowadays she has an affair with Holland Taylor. 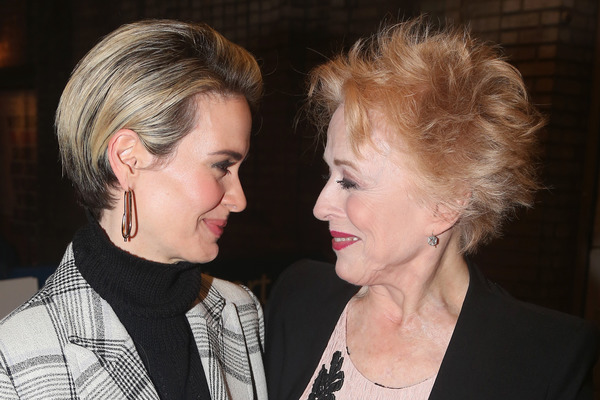 As you see, lots of female celebs are gay or bisexual. Some people like this fact, the others hate it. But these people exist, they are among us, and we have to accept it!