Home > Top Hottest Expenses > Top 11 Most Expensive Star Watches. What time is it?

Top 11 Most Expensive Star Watches. What time is it?

Rich and famous people change expensive watch as often as you change your toothbrush. Star status and image of a tasteful successful person inspire celebrities to try various models of watches and to build the unique collection. Some of the stars buy watches of different brands; the others become the spokespersons of some separate watch companies. Here are 10 celebrities, who have especially expensive and luxurious watch. Take your cappuccino and get stuck in a world of luxury! 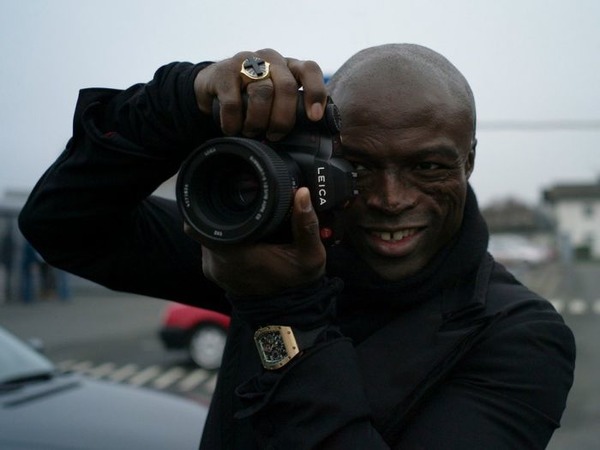 Seal is known by his love to everything beautiful – a car, brand clothes, finally Heidi Klum. No wonder, that he is the leader of our list.

Seal fans know, that their favorite performer has coped with numerous troubles before he reached his stardom. His parents separated, when he was a 4-year-old child and he was brought up by a single very strict father. In his early years Seal was diagnosed with lupus, which left long scars on his chicks.

In spite of complicated childhood Seal managed to become an awarded internationally popular singer. As a strong hard working person, he prefers accessories of reputable brands, which emphasize his inner strength. That’s why he has chosen Richard Mille Gold. Have a look at the photo! 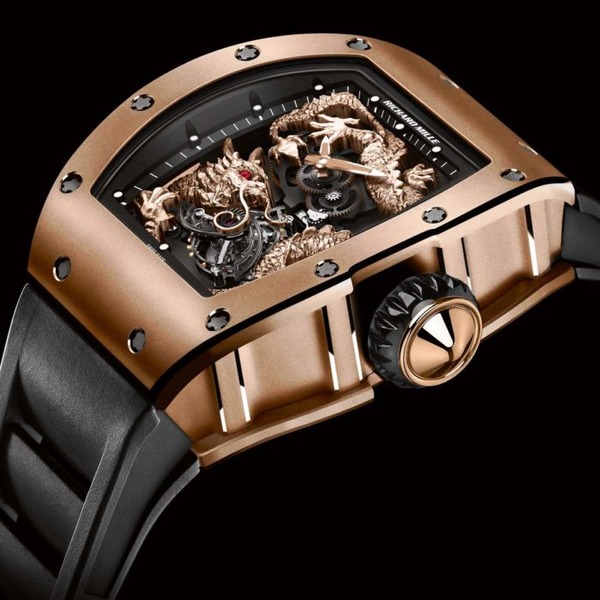 The watch face is decorated with a golden dragon. The dragon has always been the symbol of benevolent power, a creature, which controlled not just fire, but rain and water too. Now Seal possesses three-dimension dragon, which seats quietly over his wrist. It cost him $475, 000. 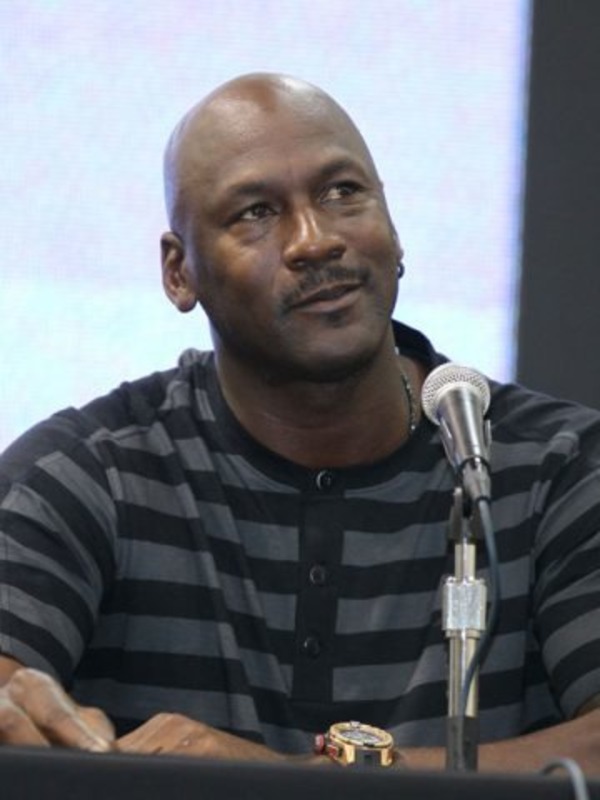 For many people worldwide Michael Jordan is the model of ideal man. He is handsome, strong, rich and incredibly good in the main activity of his life – basketball. In addition Jordan is a father of 5 children and a husband of a beautiful model Yvette Prieto.

Michael is the holder of multimillion net worth, that’s why he can allow himself to spend thousands of dollars for his special hobby – the athlete is a passionate watch collector. It is hard to define, which model is his favorite, as he has been photographed with many lavish wrist chronographs.

At one of his numerous press-conferences Jordan was wearing Richard Mille RM032. The model contains the elements, decorated with red gold. The other distinctive features of the watch are a flyback chronograph, an annual calendar and a month indicator. The elegant model is estimated at $180, 000. 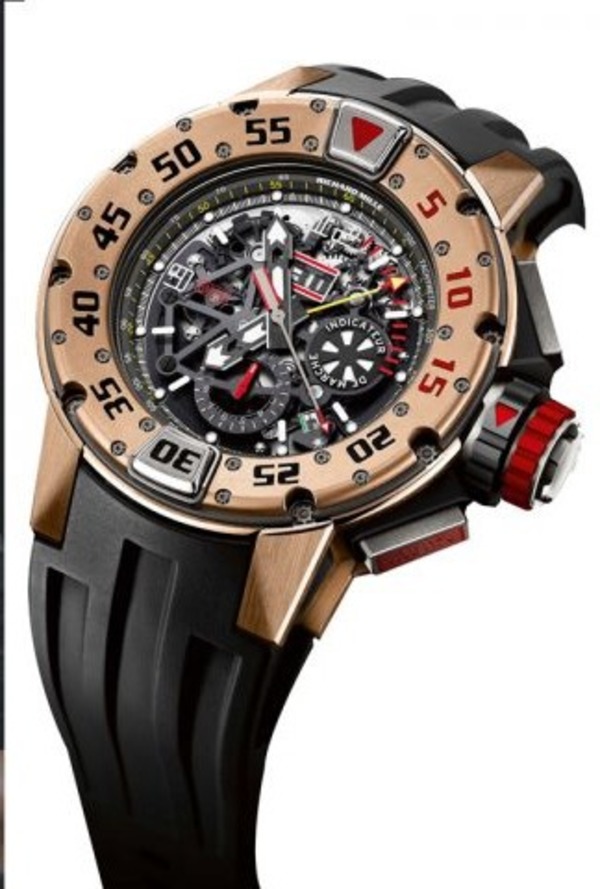 A little later Jordan surprised his fans with Jaquet Droz Grande Seconde Ceramic, which he wore at one of NBA games. And finally, he made all the people envy with his new purchase – Rolex Daytona platinum. 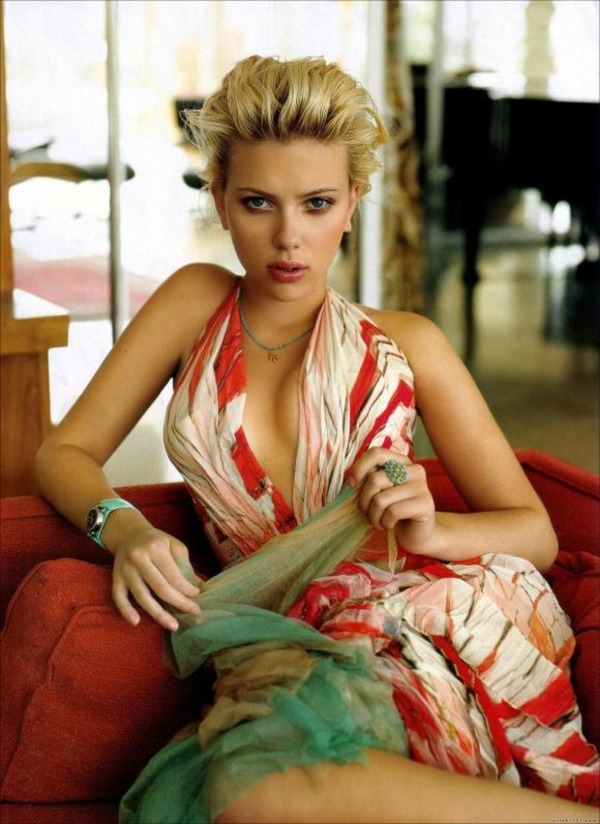 Scarlett Johansson comes from a wealthy family, most members of which were busy in movie business. Her grandfather was a popular screenwriter and her mother was a business manager, who inspired her daughter to become an actress in her early years and took her for auditions.

Now Scarlett is not just a rich and famous entertainer, but a symbol of beauty for many women worldwide too.

Scarlett is known by her love to luxurious accessories and watches of various popular brands. One of her favorite models is Louis Vuitton Tambour Bijou Secret.

This line of watches from popular brand was presented in 2012. The wristwatch differed from the others by its unique design and astonishing price – the models from this collection cost about $25, 000. By the way, such a solid cost was fixed not just because of elegant LV logo on its face, but also because of diamonds rolled gold, which were used to decorate the small masterpiece. 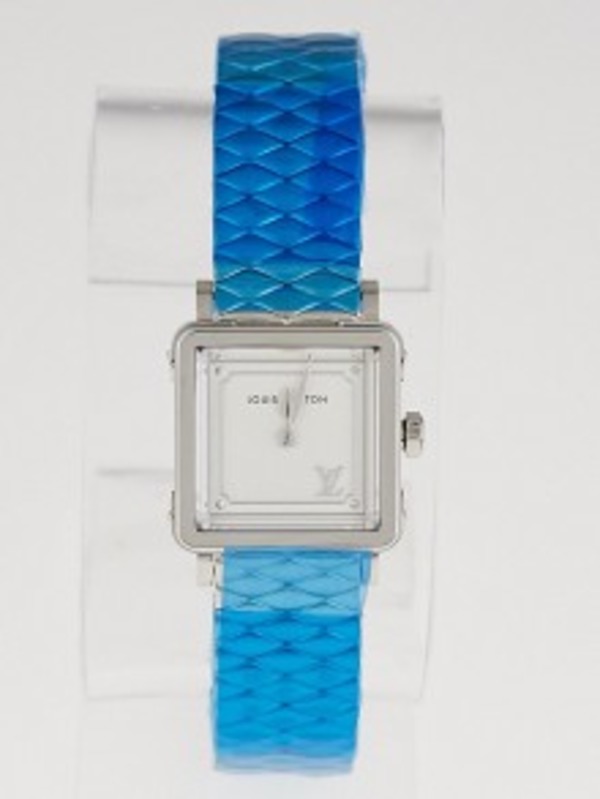 In 2013 the watches of this line were presented in different colors. The fashionista Johansson chose turquoise LV watch, which matches her eyes. 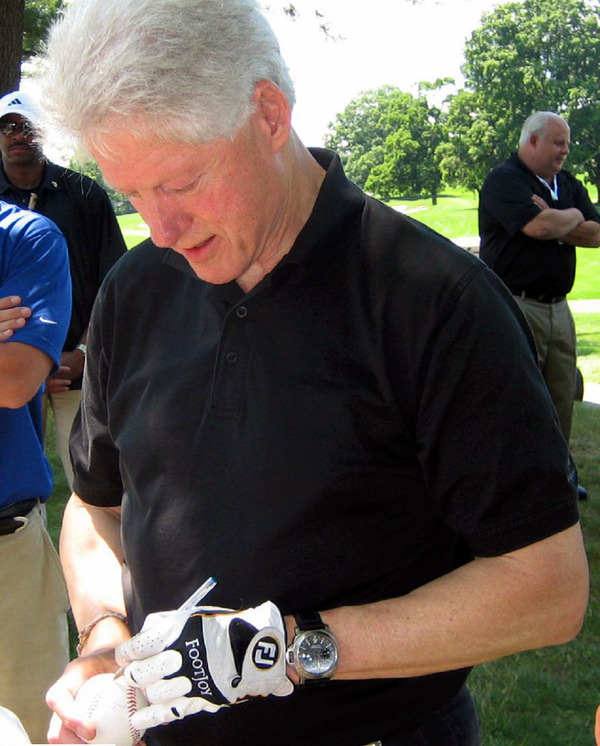 Many people, whose paying ability is limited, choose wristwatch according to the amount they are ready to spend on it. But rich and popular people, who do not count money, buy expensive high-quality watch according to their taste and personality. Easy-going celebrities prefer light, elegant models; the lovers of luxury choose massive golden wristwatches; but serious businessmen and politicians wear reliable models from solid brands. 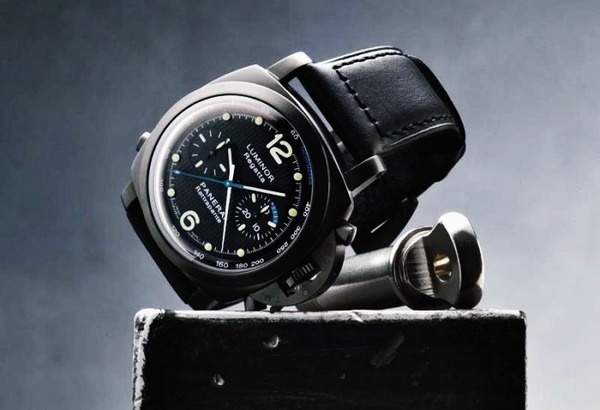 The 42nd US President and beloved husband of Hillary Clinton, Bill Clinton was nicknamed in press as “The First American Gentleman”. No wonder that he chose Panerai Golf watch, which suits both, his mood and image. Bill, who fell in love with golf in his post-presidential time, values a luxurious Swiss watch, which suits active athletic people. 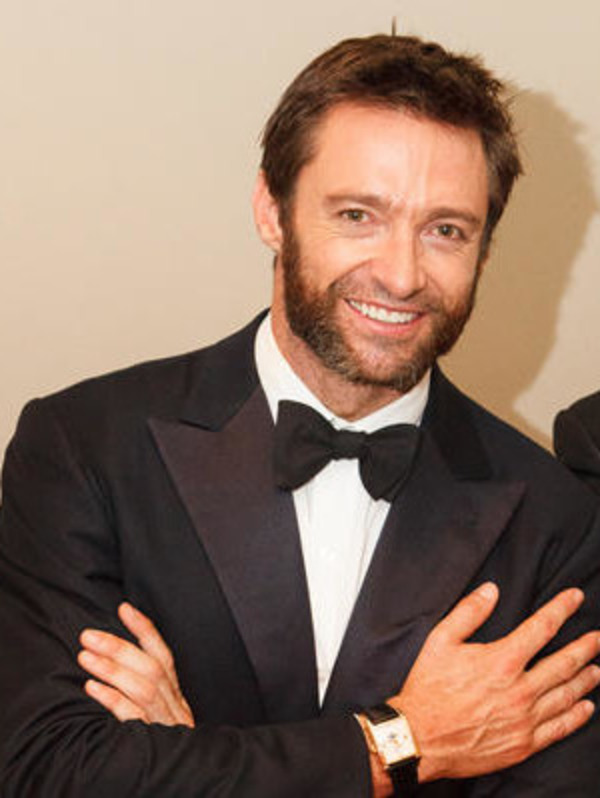 Stylish people are elegant in everything. Hugh Jackman, an Australian actor, knows it, that’s why he checks the time with the help of Girard-Perregaux Vintage 1945 XXL watch, made of white gold.

Hugh Jackman fans know that the actor is the symbol of aristocratic masculine beauty. His success is the result of his natural talent and hard work. Hugh’s family had nothing in common with movie business, and Jackman, who was keen on acting since his school years, had never considered it as a full-time job. Nevertheless he changed his mind at the age of 22 and entered Sydney Actors' Centre, where he gained initial knowledge on this profession.

Now Hugh Jackman is a wealthy star with multi-million net worth, who can easily buy a mansion in Los Angeles or a brand new car. But his real passion is wristwatch. 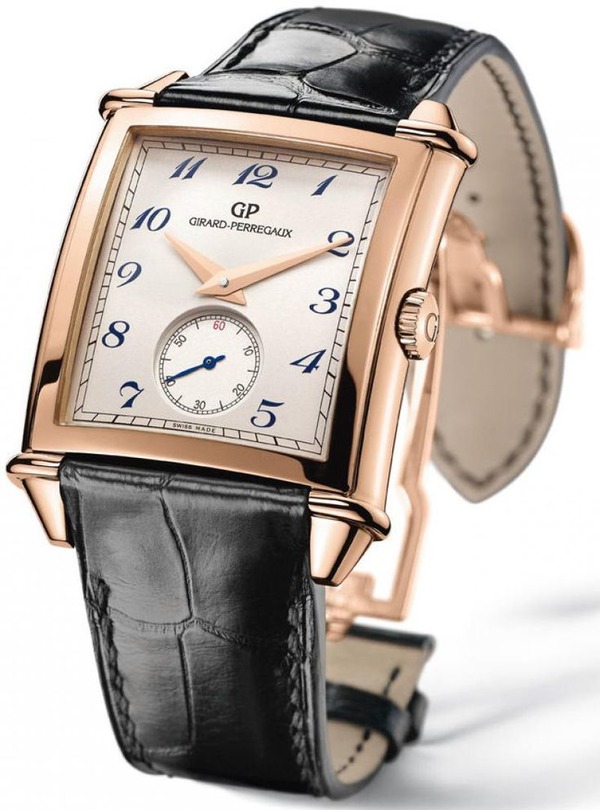 On photo Hugh wears the Vintage 1945 collection from the respectable Swiss manufacture Girard-Perregaux. The model looks stylish due to its cambered case, which contains golden elements and an elegant leather strap. 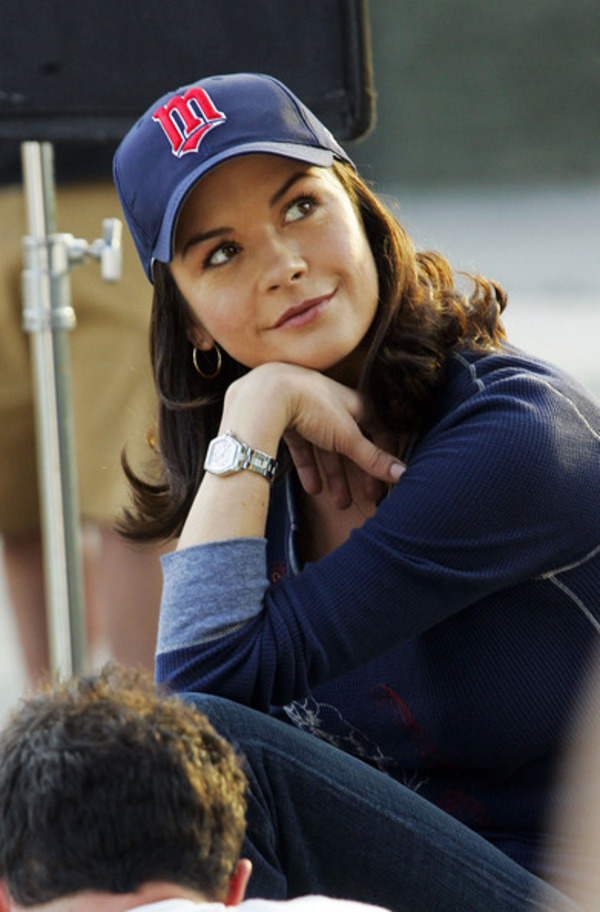 Catherine Zeta-Jones is an iconic English lady, whose style is copied all over the world. She is rumored to have different watches. Thus she was noticed with the elegant accessory from Swiss trade mark Rado.

Like any elegant and rich woman, Zeta-Jones owns Cartier watch too. 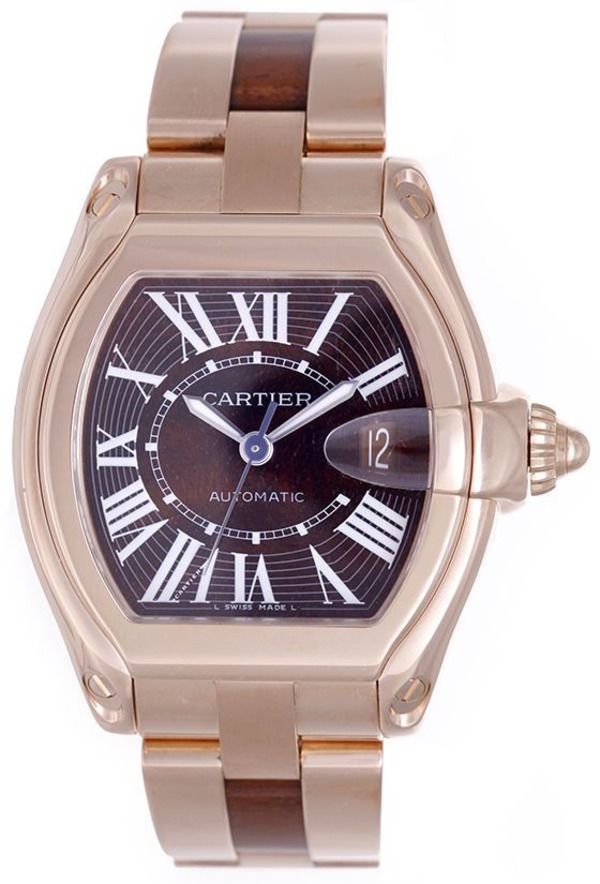 Cartier Roadster costs about $12, 000. The high price is explained by a reputable jeweler brand Cartier, which has long history of quality. In addition, the watch is made of gold, which makes it stylish and unbelievably expensive. But that’s a nuisance for Zeta-Jones, whose owns an enormous net worth. 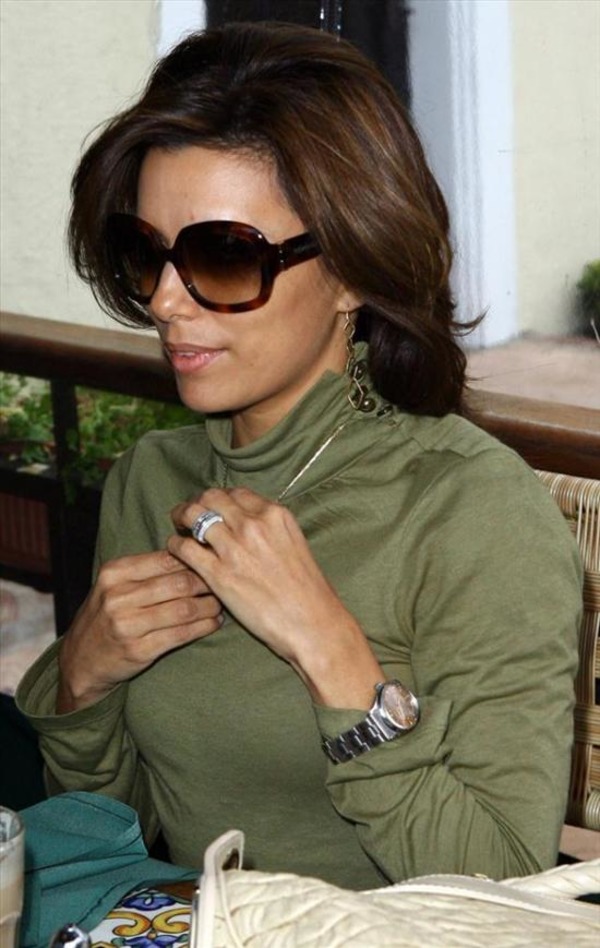 Although watch has already become the symbol of power, elegance and success, fragile woman like this accessory not less than strong men. Eva Longoria is one of those ladies, who prefer Rolex.

No need to say, that popular Swiss brand has a wide fan base worldwide. Many clients of Rolex are famous actors, athletes and politicians. 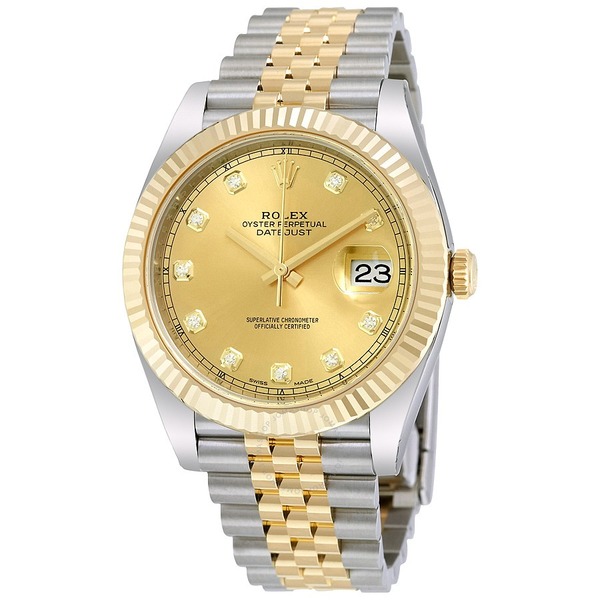 By the way, Rolex is not the only watch manufacturer, which Eva Longoria wears. Not long ago she collaborated with TechnoMarine to create limited collection of 10 classic female wristwatches. 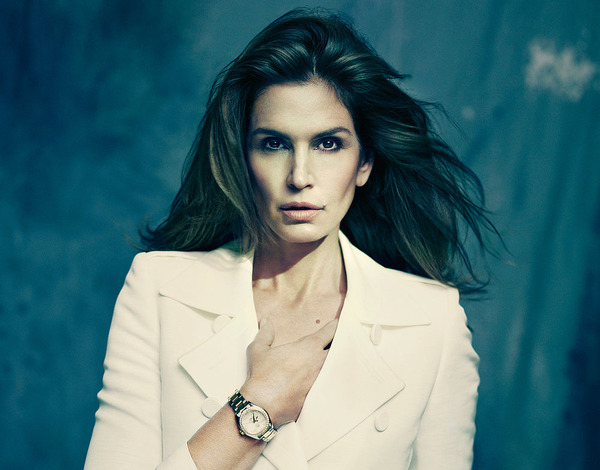 As you see, elegant ladies are not frequent lovers of great watches, that’s why there are not so many girls in our lists. Cindy Crawford, a successful model and business lady, is one of strong women, who like stylish chronographs. 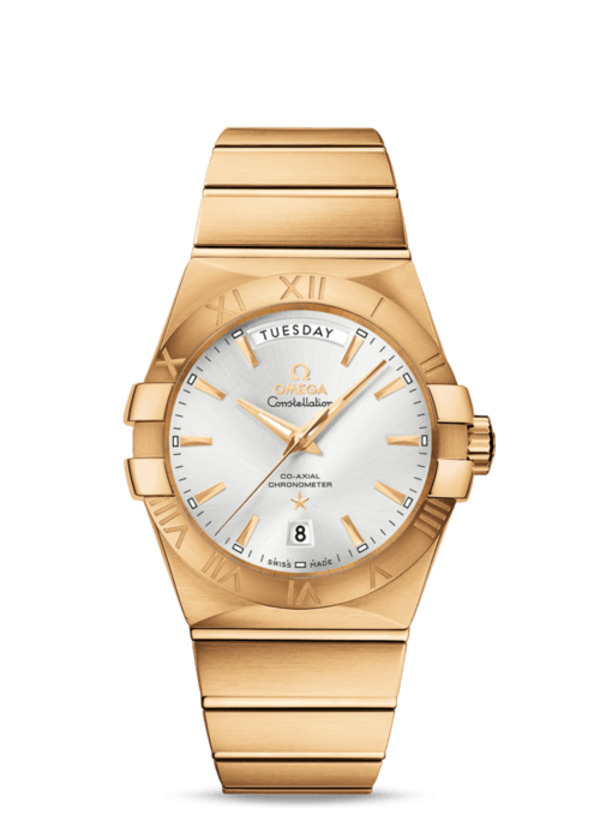 Cindy has become Omega watch ambassador more than 2 decades ago. No wonder, that this woman wears Omega watches in her everyday life too. The watch is waterproof. It is made of gold and its face is decorated with the logo. 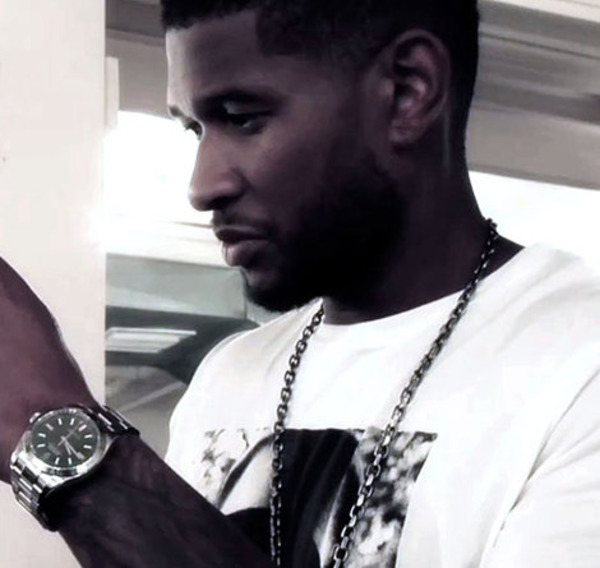 The number-one singer of 2000s, Usher can boast with numerous platinum disks and music awards. But even if you are not a fan of his music, no doubt, you can become a follower of his style. The star, who looks classy anytime, when he is photographed, uses various accessories, which help him define his vision of fashion.

Not long ago Usher spent $8, 200 from his multi-million salary for Rolex Milgauss watch.

The brand Rolex is the company with a long history. The watches of this brand are not just beautiful and elegant, but also functional. The models from Rolex are supposed for people of dangerous professions, including pilots and divers. 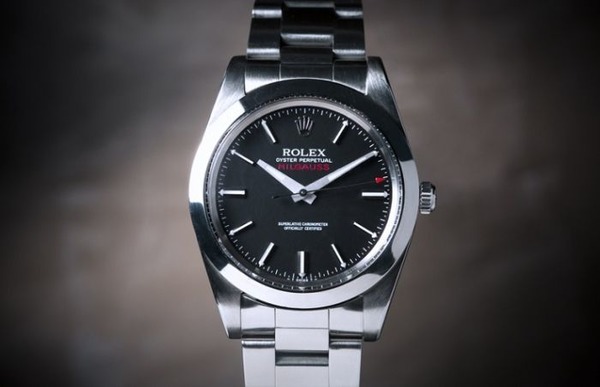 In 1966 the company presented first Rolex Milgauss watches, which were resistant to magnetic radiation. The antimagnetic function made the watches of this line suitable for plant workers, medical workers and specialists of researching labs. Usher is one of those, who values real Swiss quality and is ready to pay for it. 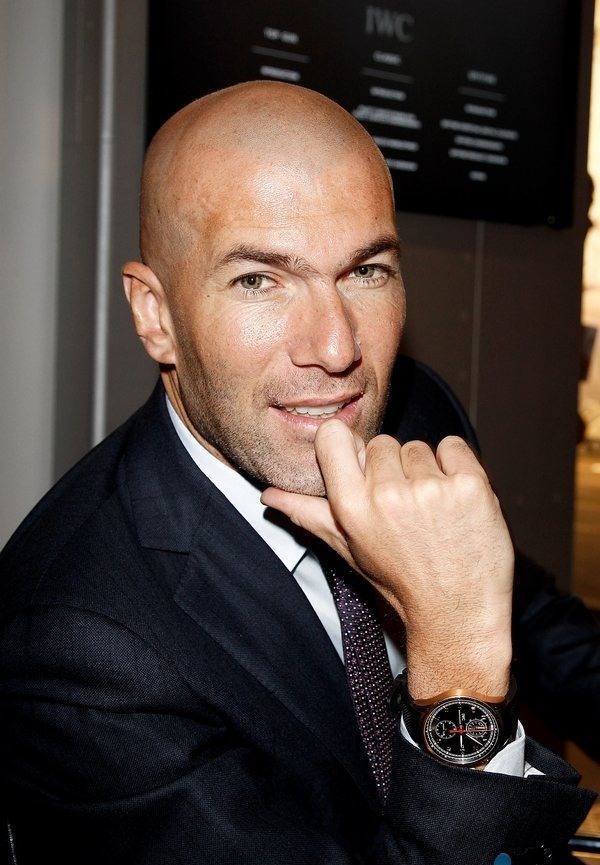 The reputable watch manufacturers are not static. They constantly create new models, develop complex reliable mechanism and add new functions. The magnificent design, use of precious stones, precious metals, expensive wood and enamel turn each wristwatch into a real artwork.  The great combination of beauty, luxury and strength is really close to athletes, who got used to set records and work on frontiers of possibility. Most of athletes prefer expensive lavish wristwatch – the symbol of male magnetism. Zinédine Zidane is not exclusion. He prefers watches from popular Swiss brand IWC. The football player was photographed with IWC watch on his wrist numerous times. It inspired the designers of the trademark to create the limited line of watches, devoted to a famous sportsman. 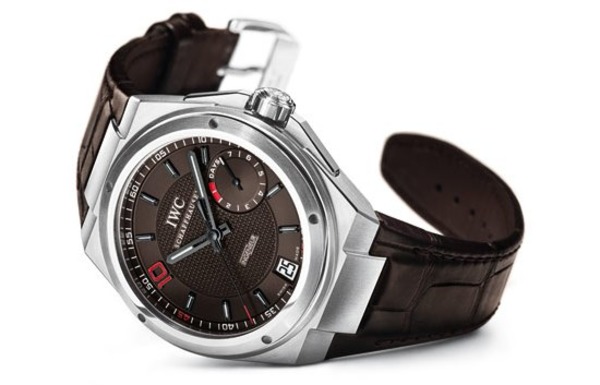 Big Ingenieur Edition Zinédine Zidane is famous for its design and rugged durability. Now it is the favorite model of a French soccer player. 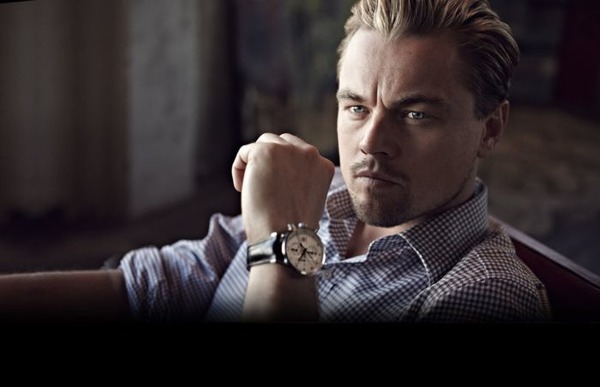 Leonardo DiCaprio is the face of TAG Heuer Aquaracer. No wonder, that he owns the model of this watch in his home collection.

The Oscar-winning star was noticed with TAG Heuer Aquaracer at the premiere of “Great Gatsby”. Leonardo is not the only one celebrity, who likes this trade mark. They say, Barrack Obama also owns the elegant chronometer from TAG Heuer, which suits active successful people with a tough wallet. 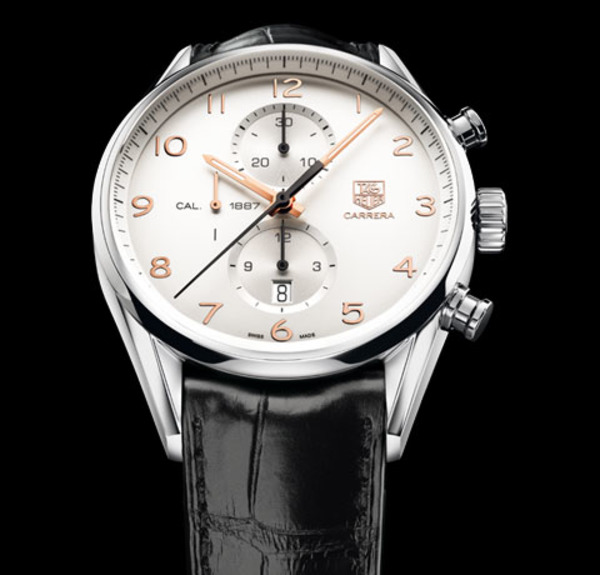 As you have noticed, the watch is one of the most favorite accessories of influential people. And what watch do you wear?