Our predecessors lived according to the church calendar and consulted priests, how to celebrate any significant event in their life – wedding, baby birth or birthday. But nowadays we live according to recommendations of marketing specialists. And they understand that Halloween is one of the most unusual holidays in the world, which can inspire people to open their wallets. Do you know that an average American spends at least $60 per Halloween each year? This amount includes the simplest suit, candies and cards to the holiday. But those happy citizens of our planet, who have already earned their first $1 million, can pay for their fun on the 31st of October much more. So, what are the most expensive suits for Halloween? 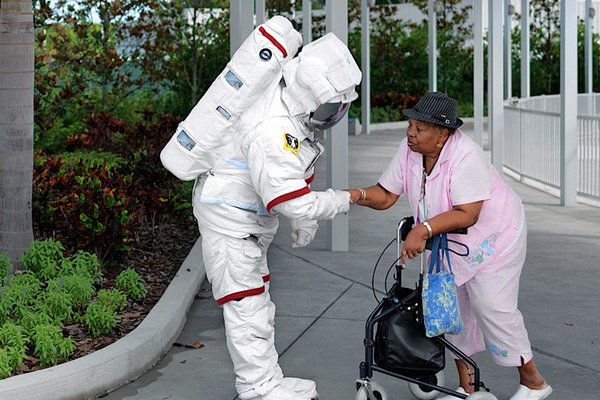 They say, each kid passed so called “astronaut” phase, when the boy dreamed to become a brave space explorer and the girl wanted to become a mysterious space princess. If you didn’t get rid of these dreams, having reached your adulthood, you can get astronaut suit for Halloween. An average astronaut suit, made of polyester, can take about $40 from your pocket. But for those, who want to look really natural in a white original astronaut suit, it will cost astonishing $9 million.

It is possible to buy a suit, which real astronauts wear, at Kennedy Space Center. At first this perfect suit had gone in an outer space, and later was put on sale. The Halloween lovers, who want to impress their friends and neighbors, can write $9 million paycheck and get the suit home. 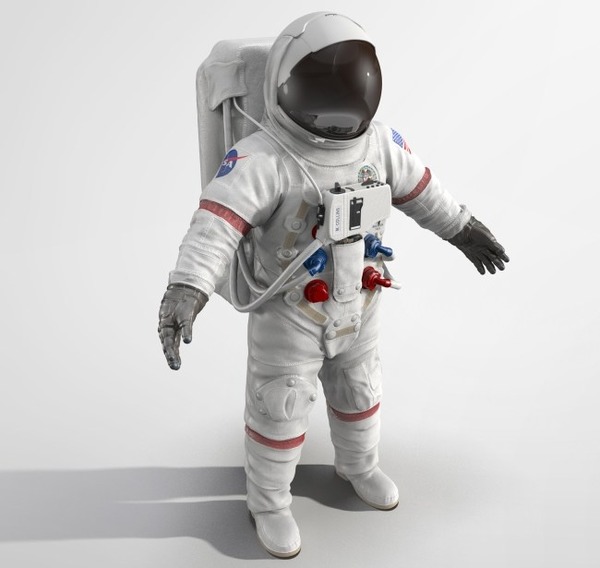 As you see, people, with average level of income, need to work several years or even a decade to save the money for such a suit. But this costume is a nuisance for celebrities, who make millions of dollars annually. It is still not known, if this costume has already found its owner or not. 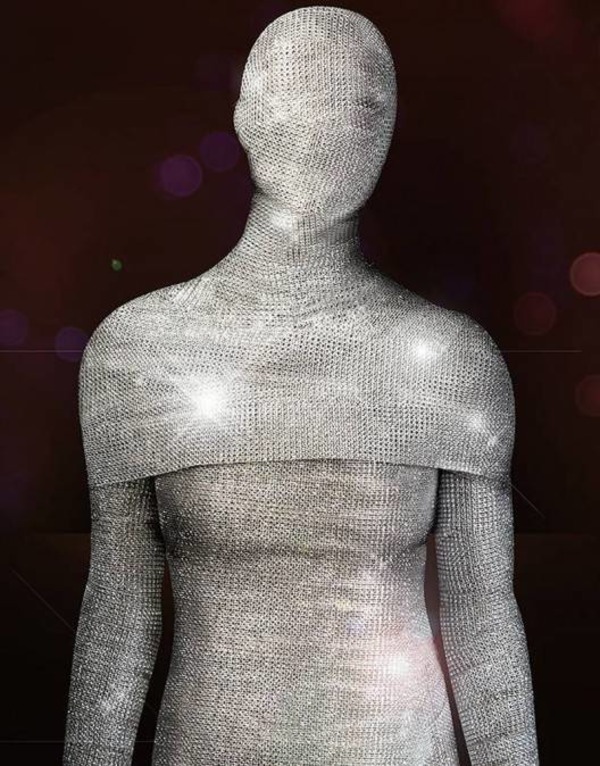 Morphsuit is a well-known company from Edinburgh, which produces various kinds of suits, made of latex or elastane. The suits from this brand cover the whole body of the person. The costumes adjoins tightly to the skin, that’s why they look so natural and are comfortable to wear. The company offers more than 80 kinds of different costumes. But only one of them costs astonishing $1, 6 million. 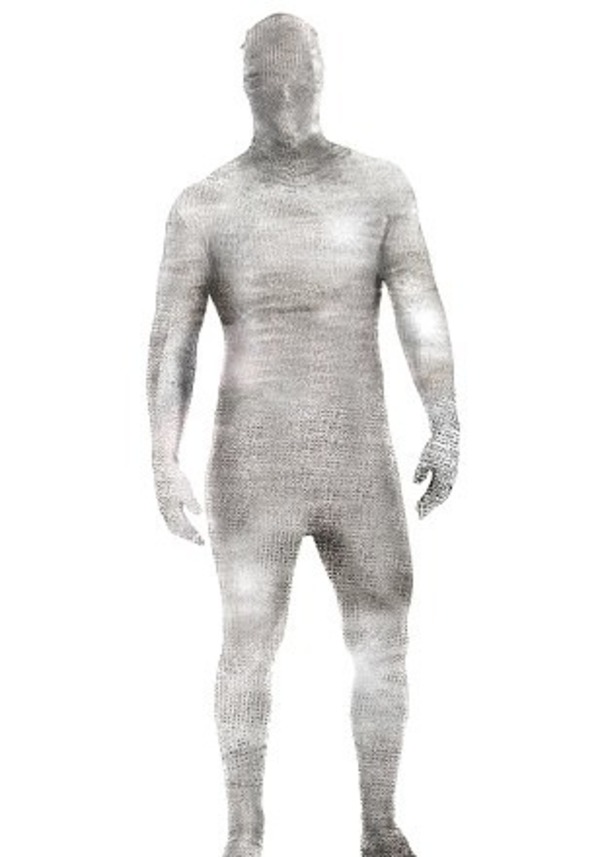 The unreasonably high price of the suit is explained by the expensive kind of décor. The costume is studded with diamonds from top to bottom. The beautiful costume shines in the lit of Halloween lanterns and looks mysterious and luxurious. Of course, it is easy to become the main star of the party, wearing such an unusual and really valuable suit. Nevertheless it hasn’t still found its buyer. 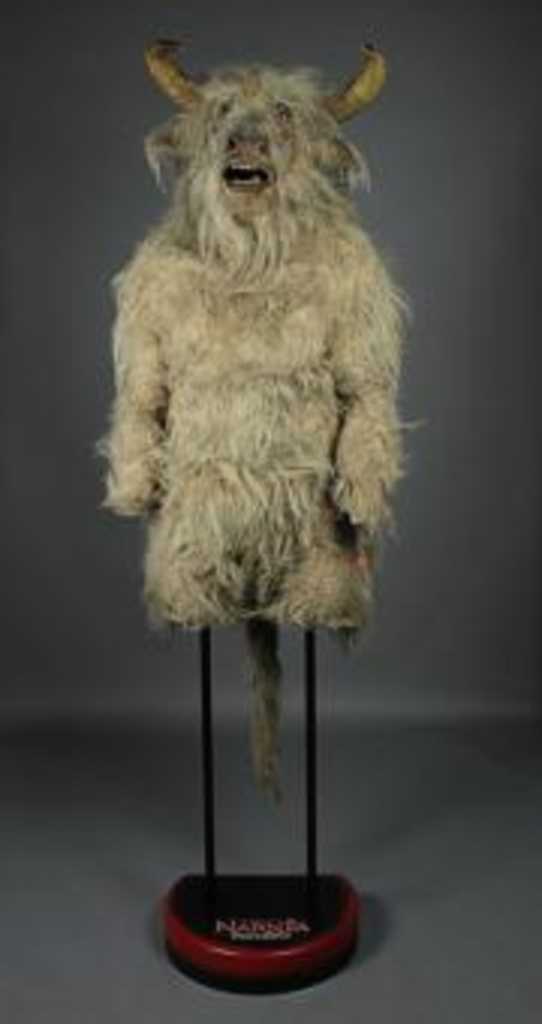 Don’t you think that the creature with a head of a bull and a body of a man looks really spooky? Yes, it is, that’s why Minotaur (that’s the name of this unusual creature) is a popular suit for Halloween. But if you have already started to rub your hands in anticipation to get such an unusual costume, think a little beforehand! Minotaur from “The Chronicles of Narnia” will cost you impressive $3, 900.

Such an astonishing amount is not a trivial fraud, but a profitable investment in an unusual and beautiful item of clothing. The suit is completely handmade. Its head is made of natural goat skin and horns are real too.

If you want to boo someone at Halloween party, just open your mouth. The beast’s jaw (which is moved by your own jaw) contains authentic teeth and tongue. 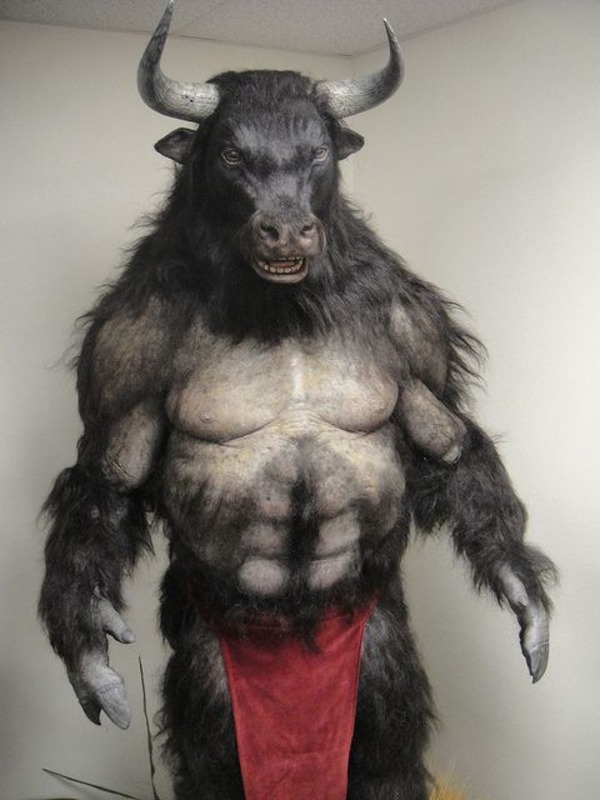 In addition to the head, the suit includes a tunic, made of high-quality goat leather, pants with a tail, hooved shoes and a waist belt. The expensive apparel is suitable for both, men and women. 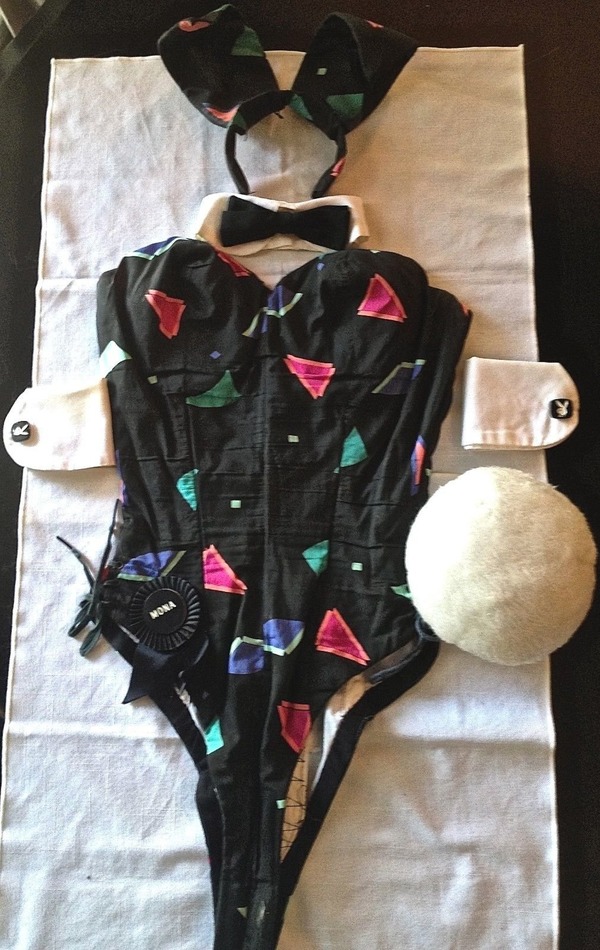 Especially for girls! Do you want to look head-turning on Halloween? Then take astonishing $3, 000 from your pocket! For that amount your will get Vintage 1970s Playboy suit. After legendary Hugh Hefner recent death, the bunny costume has become a real party hit!

The suit, worn in golden 70-s at Playboy Club parties by one of famous Hugh Hefner’s bunnies, is of deep black color with small  blue, red and green triangles on it.

In addition to the bodice, the suit includes bunny ears of the same color, wrist cuffs, a neck collar with a black tie and puffy bunny tail (a great thing!). To get the bodice tight to your body, there’s an invisible zipper in the back part. 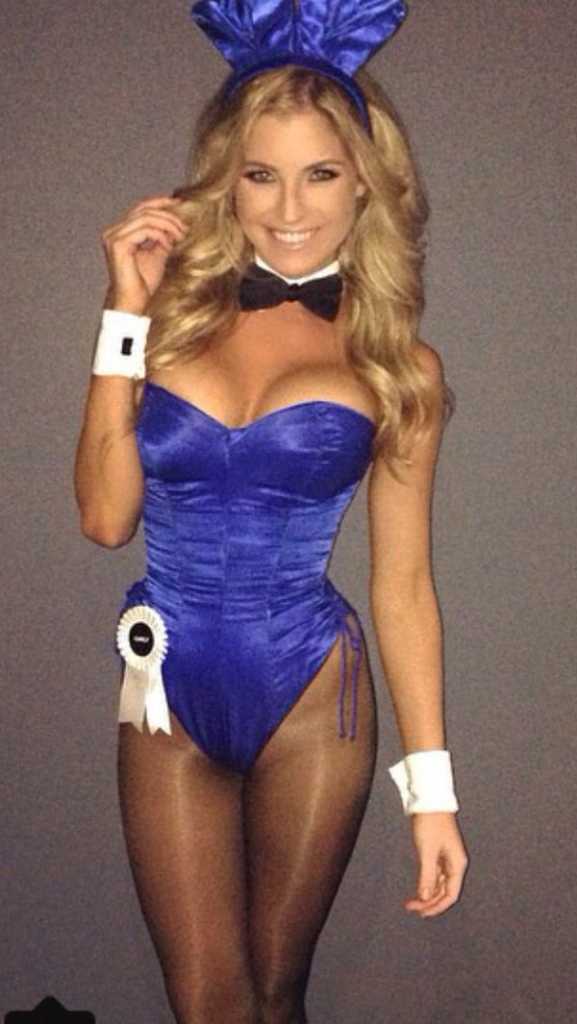 If you don’t like the black color, vintage bunny suits of various colors are affordable too! 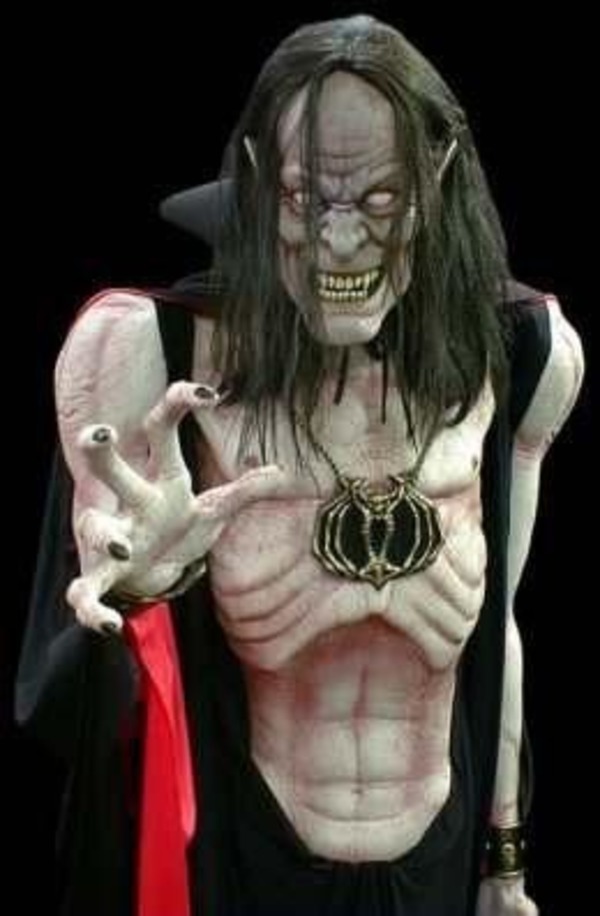 The fans of Vampire Diaries and Twilight feel like fish in a barrel on Halloween. The vampire’s suit is one of the most popular in the world for this holiday. It is possible to get a vampire look for a modest price, but for those, who don’t regret money for their image, there is Vampire Stalkaround costume.

Actually, the huge Vampire (it is of 8 ft tall) is not a typical suit, it is rather a puppet, operated by the man, who stays within the puppet’s body. Just get $2, 000 out of your pocket – and you surely will be the king of Halloween party. The huge evil creature can walk, turn its head and stare at the strangers with its horrible huge eyes. 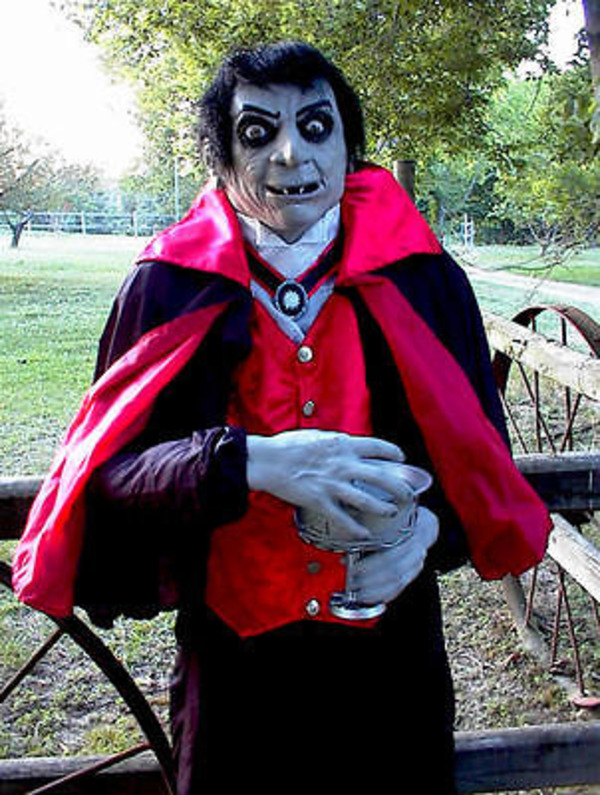 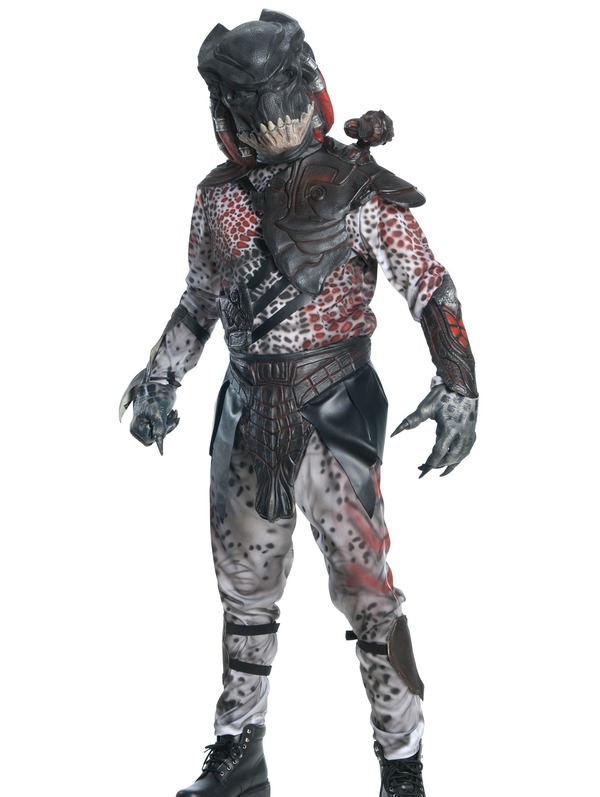 The lovers of sci-fi movies can choose the suit of The Predator for magic Halloween night. The fictional creature, who hunts human beings just for fun, looks terrifying in big screen movies. But at a Halloween party The Predator is just a really interesting and unusual costume, which will make people gather around you at the party! To become 7 ft tall alien, you should give $1, 700 paycheck. For that amount you will get the suit, made of 2 pieces, which are fixed together and form the creature’s torso. The suit can be affordable for buyers of various statures, as its size is regulated. 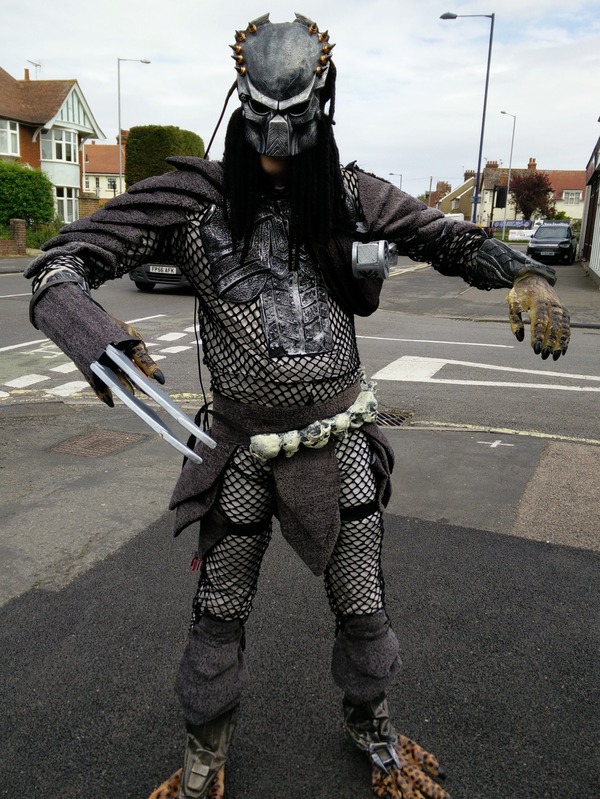 The Predator looks so natural, that it always draws a crowd at any party. Of course, such a beast will look perfect on photos, which you will add to your home albums or even upload on FaceBook. Is it worth astonishing $2, 000? It is up to you to decide! 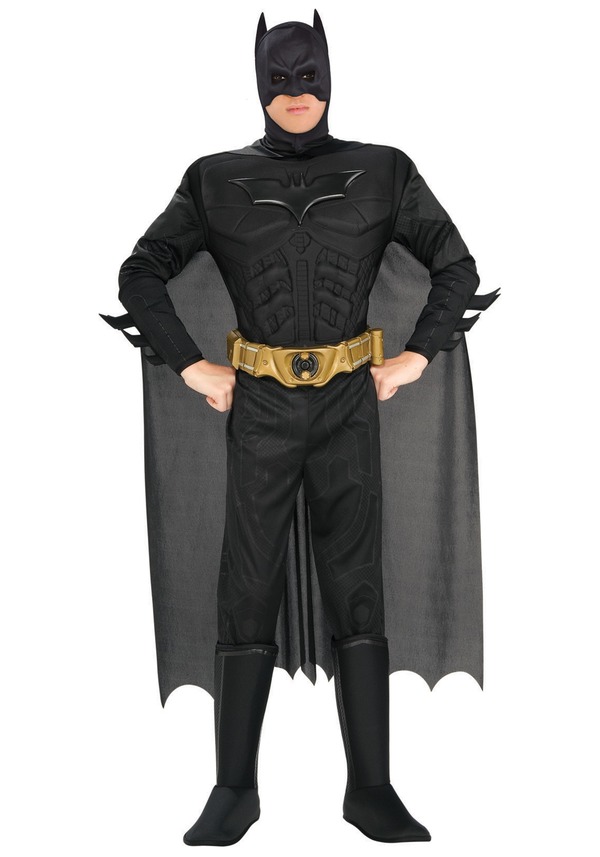 Each suit, which turns you into your favorite movie hero, is ridiculously expensive. That’s why DC Batman suit Supreme Edition costs spooky $1, 000 (that’s the time to say “Boo!”). But if you spend such an amount, you can become the best superhero at Halloween party. The suit catches onlookers’ eyes with its natural muscles, which help the hero struggle with criminals in Gotham. 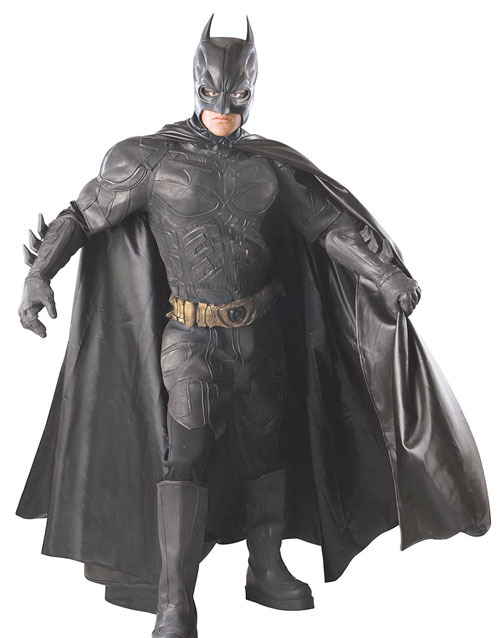 The expensive costume is made of latex. It includes a chest piece, arm pieces, gloves, pitch black pants, a cape and a golden waist belt. The suit costs astonishing $1, 000, but who cares, if it goes about Batman! 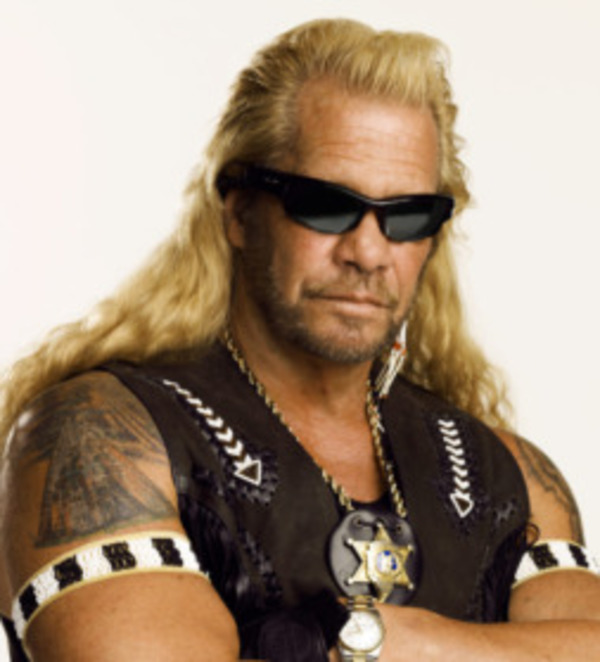 If Batman or Vampire is not enough to scare your friends or neighbors, then choose a suit of a Bounty Hunter.

To struggle with those, who run into a conflict with the law, you should become a Bounty Hunter, at least for one night only. To look like the heroes of famous TV series, you should put on the long blond wig, sun glasses and black leather pants. To make your image even more natural, just take bounty hunter's license. Voila! The great Halloween look is ready. 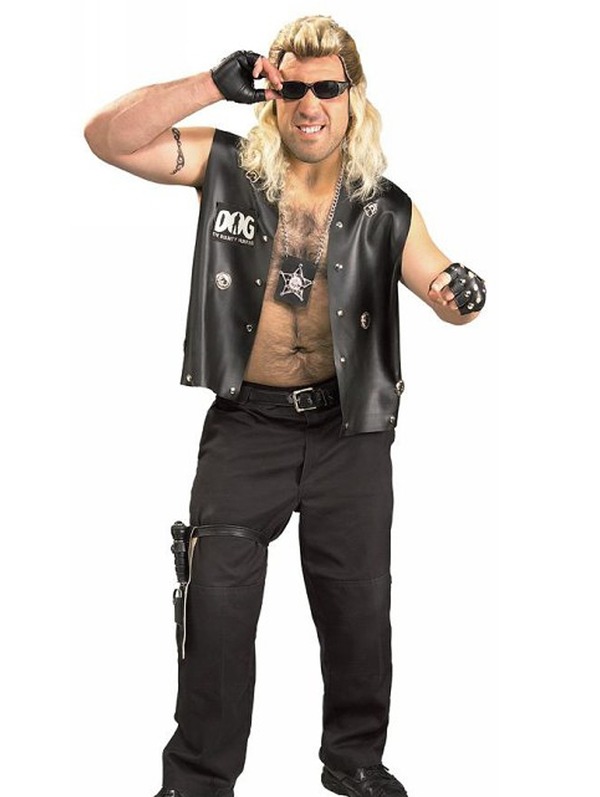 The authentic Bounty Hunter’s costume is estimated at $796. 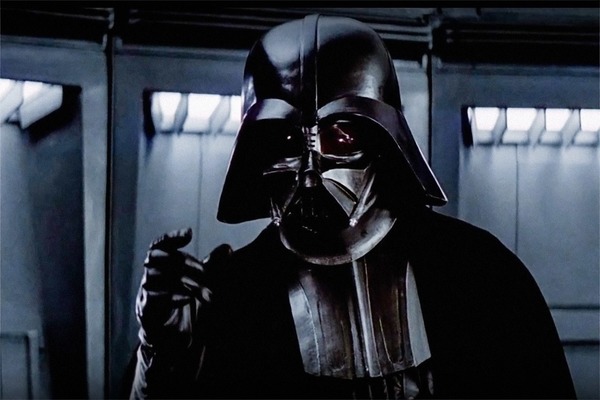 Most of people like Halloween for an opportunity to wake up their inner beast and not to be ashamed of it. If you have dreamed at least once in your life to put yourself into Dark Lord of the Sith’s shoes, you have a chance to do it with Darth Vader Halloween suit.

In fact, the price of the costume is killing too – it is ranked from $700 to $1, 000. But if you are ready to make your wallet a little thinner, you will get Lucas Studios licensed Darth Vader suit. 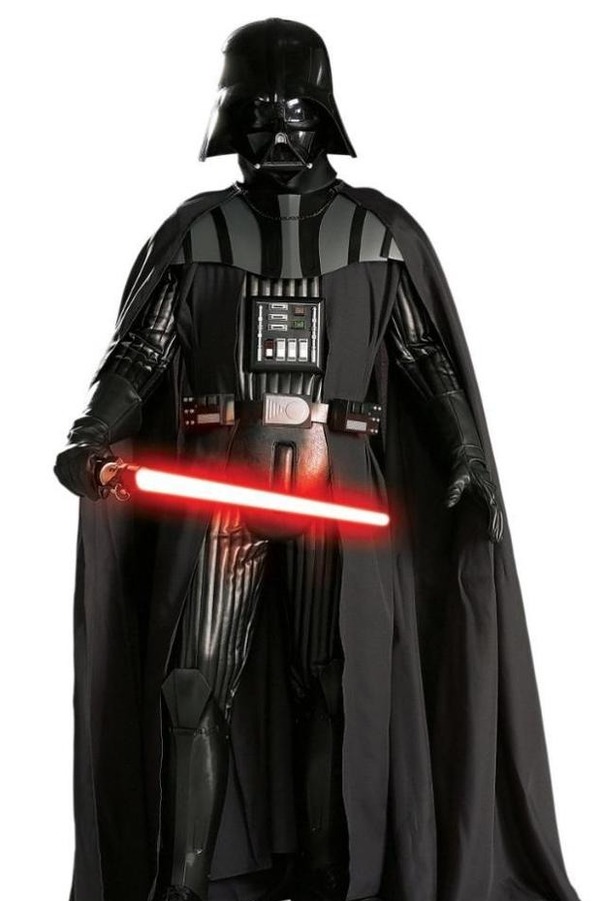 The costume is really detailed – if you put it on for the next party, even your girlfriend won’t recognize you. Darth Vader apparel includes faux leather trousers and long sleeves, Dark Lord’s cape – be sure, it looks exactly like in Star Wars movies – two chest pieces, boots, a collar and a belt. Unfortunately, light saber is not included into the set, but probably, in case if it were, it would cost even more. 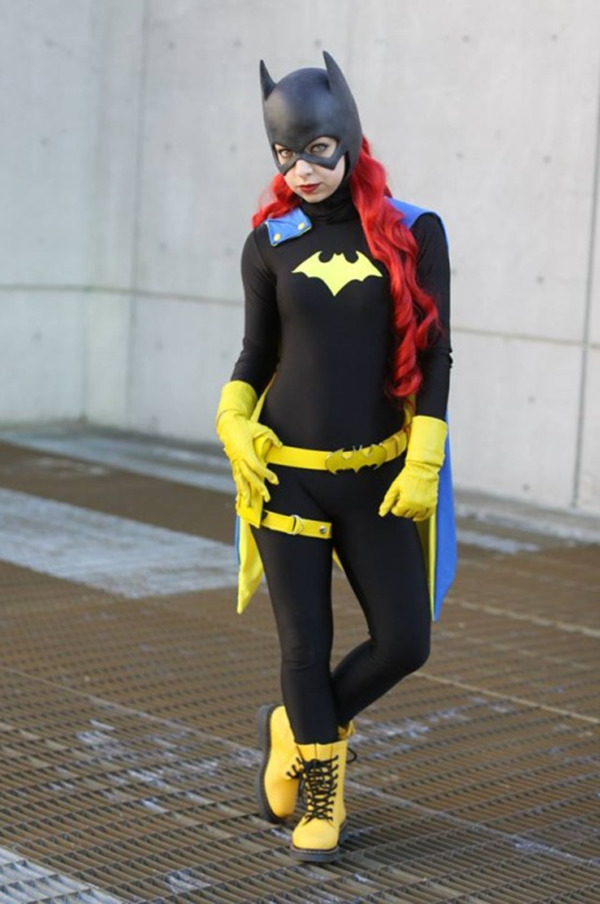 As you see, there are not so much suits for girls in our list. Probably, ladies can be happy – this time their expanses for apparel are less, than their boyfriends’. But if you are a woman of style and dream to look special at your next Halloween party, just put on Batgirl suit. 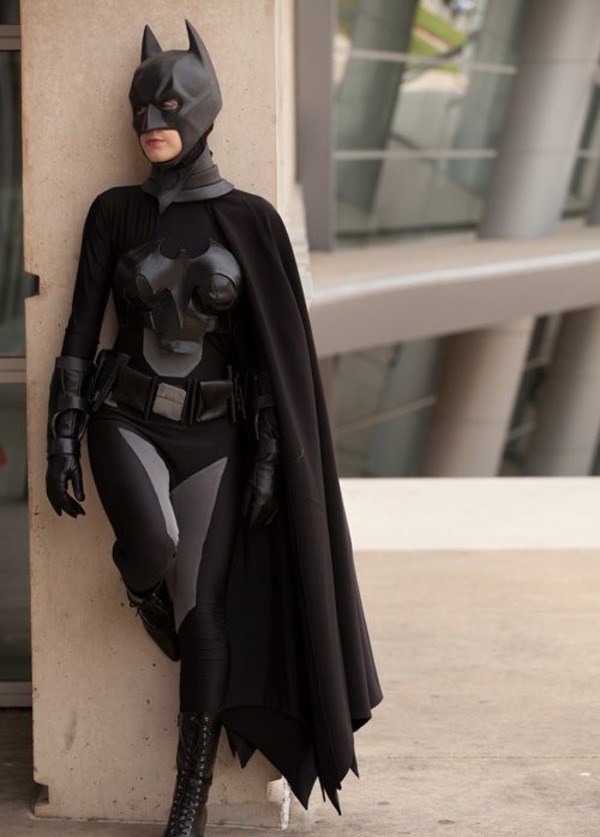 Batgirl suit is made of soft aromatic leather. If you are a perfectly fit girl, you will be proud to cover your hot body with that tight jumpsuit of a pitch black color. There’s also a black waist belt with a massive clasp on it, black long boots, gloves and a mask, which makes you look mysterious.

Colors of the suits may be different. 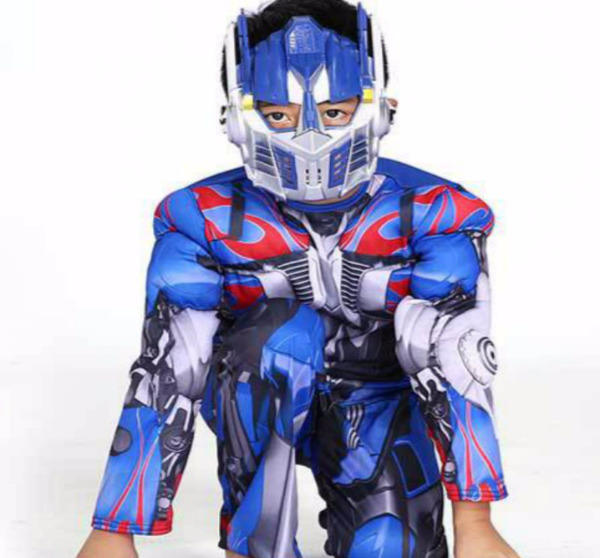 Each fancy-dress holiday is a great event for children too. There’s happy news for mommies and poppies – Halloween clothes for children are much cheaper – probably, because they have smaller sizes.

One of the most expensive suits for children costs $300. For that amount your son (or even daughter – why not) will become Optimus Prime. To have a beautiful ghost at home, you should pay $100-$120. At the same time Captain America suit for kids is just $40. 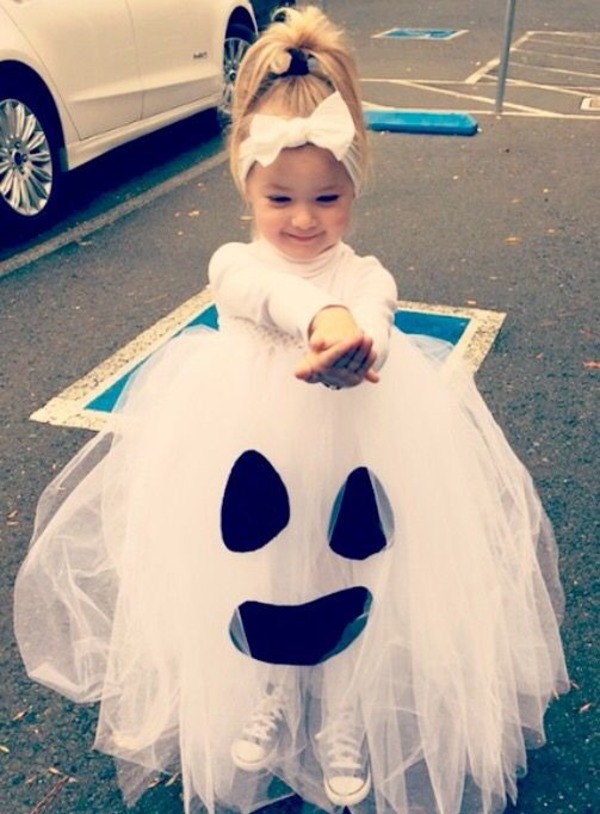 As you see, Halloween costumes may frighten you not just with their evil looks, but also with prices, which can bite. Of course, there are people, who plan to save on Halloween and get a low-budget suit or not to get it at all. Really, spending for holiday seems unreasonable at first sight. But our life is so short, and most part of it is full of work, duties and problems. So, why not to make it brighter with an unreasonably expensive, but so unusual and spooky Halloween suit?