Top 12 Star Collections: Most Expensive, Most Heartwarming, Most Dangerous

The passion to collect things comes to us from our predecessors, who collected berries and mushrooms in order to survive. Probably, each person has collected something at least once in life – stamps, coins or post-cards. Some of celebs have their collections too and don’t regret millions of dollars for new exhibits. Read about the most expensive and most unusual star collections! 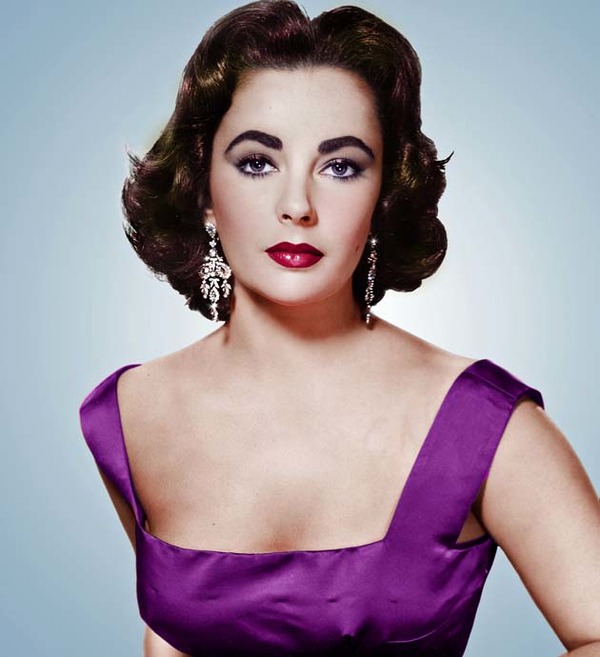 Even if you are not the fan of Elizabeth Taylor, surely you know her name. The legendary actress, who won Academy Award for her works in “BUtterfield 8” and “Who's Afraid of Virginia Woolf?”, captured hearts of viewers worldwide with her huge velvet eyes. Her fans wanted to know everything about her bright, unbelievably rich and luxurious life. And she shared each detail of it. We discussed her numerous marriages and divorces, her best and worst roles and her extensive collection of jewelry.

No need to say, that just a really rich person can afford to collect jewelry. In Elizabeth Taylor collection there were precious stones, which had their history and their sad artificial fate. After her death in 2011, the actress’s collection included 621 pieces of unbelievably expensive jewelry. 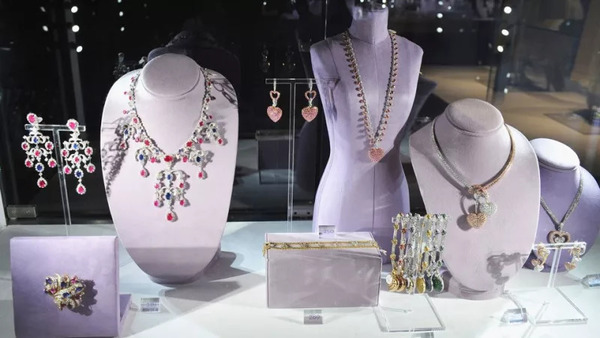 One of the most unusual exhibits was a ring with a big diamond, named Krupp. Elizabeth “favorite” husband Richard Burton (she married him twice) bought the diamond through auction for astonishing $300, 000. He gave the present, which earlier belonged to German magnate Alfred Krupp, to his beautiful wife Elizabeth Taylor on St. Valentine’s Day. After her death it was bought at an action for astonishing $8, 8 million by an anonymous fan. 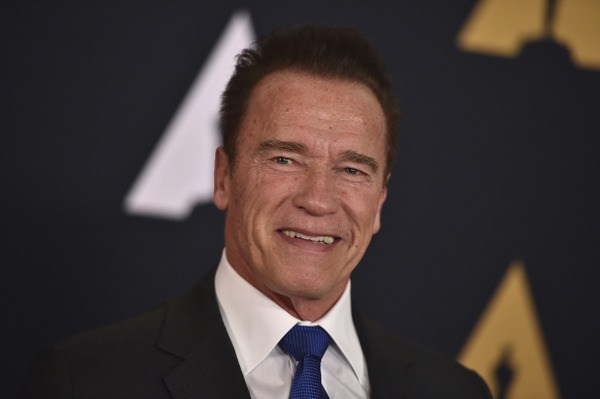 Many famous men collect cars, we have already told you about most expensive celebs’ car collections. But Arnold Schwarzenegger is the most original of all car lovers. He collects just certain models of cars – Hummers. There are more than 80 items in his collection now.

The current actor, former Mr. Olympia (he got that title 7 times) and former Californian Governor, Schwarzenegger made a great career. Staring from a bodybuilder in Austria, he came to Los Angeles, where he caught attention of Hollywood (mostly due to his unique body). Having become box office kings with his Terminator movies, Arnold Schwarzenegger is successful not just in acting, but in policy and business too. 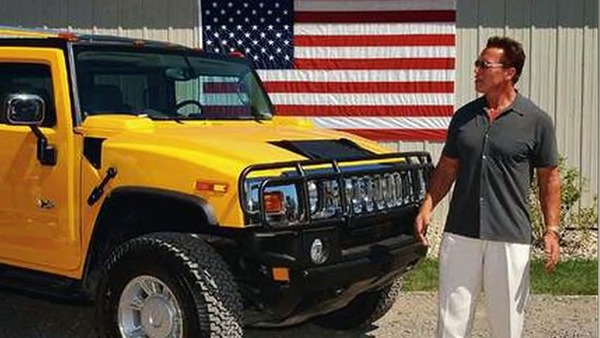 Such a busy person, Arnold surely needs something to balance him. That “something” is cars. He looks really relaxed and content, sitting at the wheel. By the way, the actor can drive almost any vehicle – even a tank (he used to drive it during his time in the army). 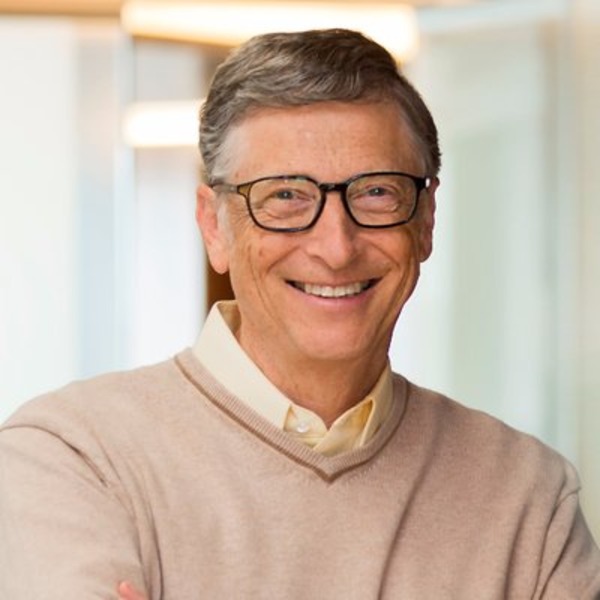 Bill Gates is the person, who gave the world Microsoft – the software, which “lives” in each home nowadays. The talented inventor and entrepreneur, Bill Gates liked books from his earliest age. The skinny teenager with huge glasses, he read books, like crazy and fed his brain with information. It later helped him become the richest person in the world.

Currently Bill Gates owns several huge expensive collections – of cars, art pieces etc. But we want to tell about the collection, which is connected with the subject Bill Gates values most of all – knowledge. No wonder that he started to collect books. If you think, that this collection is a cheap one, you are wrong. Bill Gates’ book collection is considered as the most extensive in the world. He owns numerous rare and old books. Not long ago he paid astonishing $30 million for handwritten diary of Leonardo Da Vinci. Among his other favorite books there are “The Power to Compete,” by Ryoichi Mikitani and “How Not to be Wrong: The Power of Mathematical Thinking” by Jordan Ellenberg. 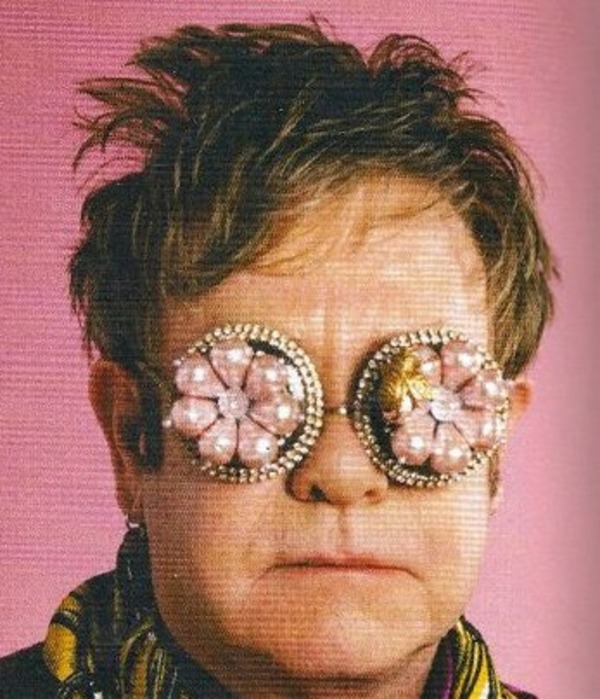 They say, you can’t BECOME a star, you should be BORN a star. No doubt, Elton John is a person, who was born with it. The world’s biggest name in music, he has built career, which lasts more than 5 decades. Like a real celebrity of international caliber, Elton John gave his fans all they were expecting from him – drug scandals, sparkling clothes, non-traditional sexual orientation and stories about his complicated childhood. 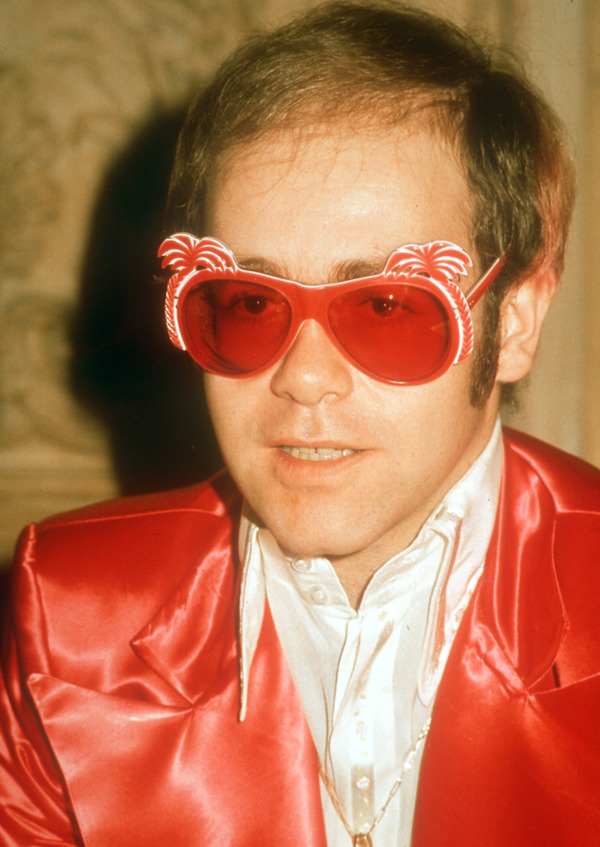 One more thing, which has become Elton John’s signature style, was his glasses. Currently Elton John’s collection of glasses is ranked as the most expensive in the world. He owns various glasses models – some of them are really rare – they have different shapes, sizes and style. He has expensive pairs from the world’s most famous brands, such as Gucci, Marc Jacobs and Chanel. Elton John even owned glasses, decorated with fur and various kinds of precious stones. 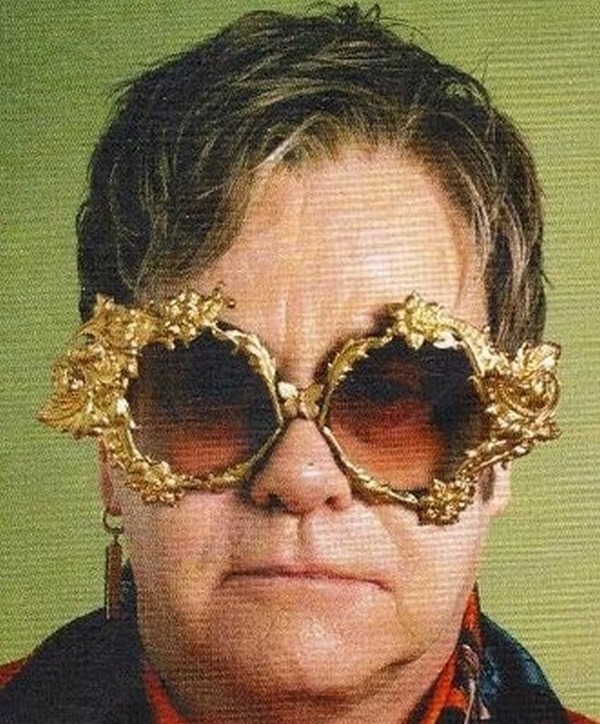 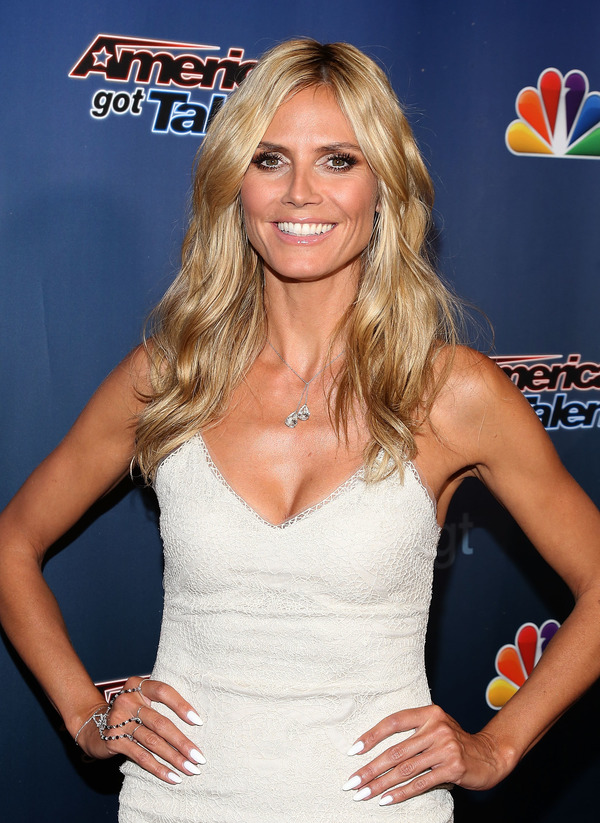 Do you remember Carrie Bradshaw from “Sex and the City”, who collected shoes? Probably, the ex-supermodel and business mogul Heidi Klum was inspired by this famous heroine, because she started to collect shoes too. Currently her collection includes 2000 pairs of shoes from the most famous Houses of Fashion in the world. 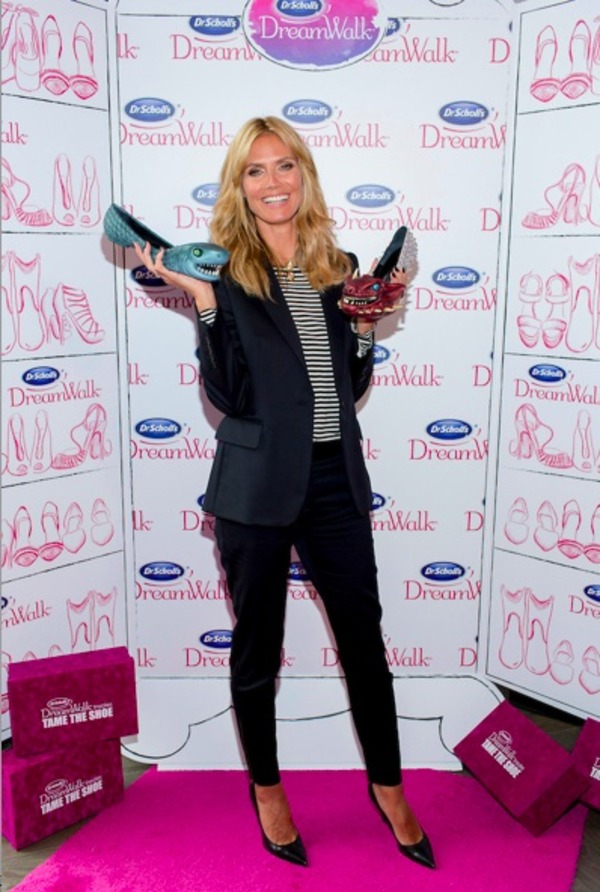 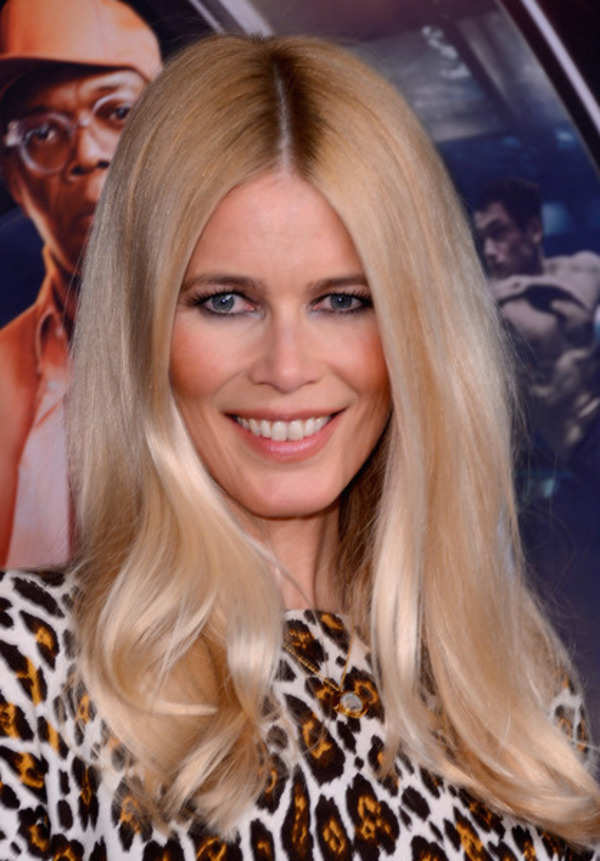 Another supermodel, Claudia Schiffer has not always been “a good blonde girl”. The beauty used to say, that she liked spiders since her childhood, and even chose clothes with spider prints on them. 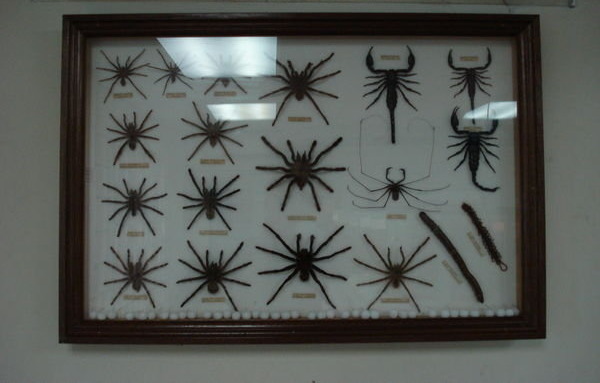 Currently the star collects dried spiders of various colors and sizes. In addition she owns lots of brooches in the form of spiders. 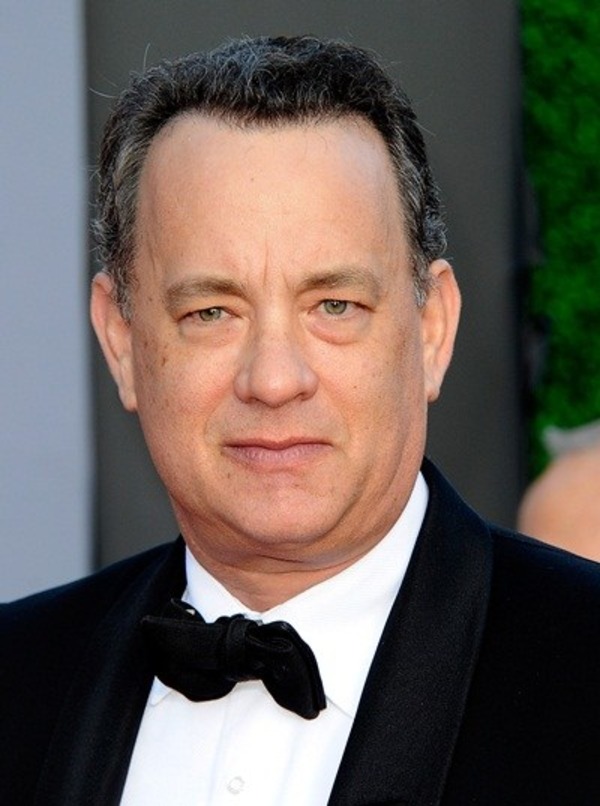 Do you want to hear Tom Hanks love story? No doubt, you have already imagined a long-legged beauty with full lips and thick hair. But the real love of the well-respected Hollywood actor is not women, it is typewriters.

Tom Hanks rose to fame due to his acting in the movie “Splash”. After that he appeared in several films, which enjoyed huge box office success, such as “Forrest Gump”, “Cast Away” etc. He has become popular due to his movie heroes and due to his unusual hobby – collecting of typewriters.

Tom Hanks opens his wallet without hesitation in order to get one more ancient typewriter for his collection. If you want to please the actor or even ask him to meet in person, you can send him a unique typewriter – and he will come. Thus did the TV host Chris Hardwick, who used to invite Hanks to his show “Talking Dead”, but the actor refused, thinking, that the show was of low caliber. But when he got the typewriter “Smith Corona”, produced in 1934, he started to type a letter to a comedian Hardwick. The letter began with the words, “I hate your show” and ended with “oh, it’s typing so great, damn you! I will come!” 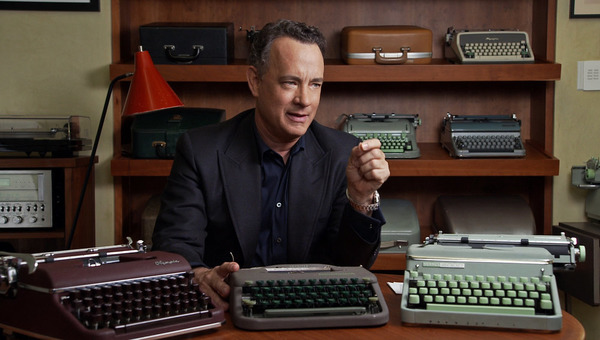 Tom Hanks fell in love with typewriting in his school years. His father encouraged him to take typewriting class at school, saying, “You will use this tool till the end of your life”. And he was right to some extent. Tom Hanks’ first Olivetti electronic typewriter was given him by a school friend for free. The second one, Hermes 2000, he bought for $45. 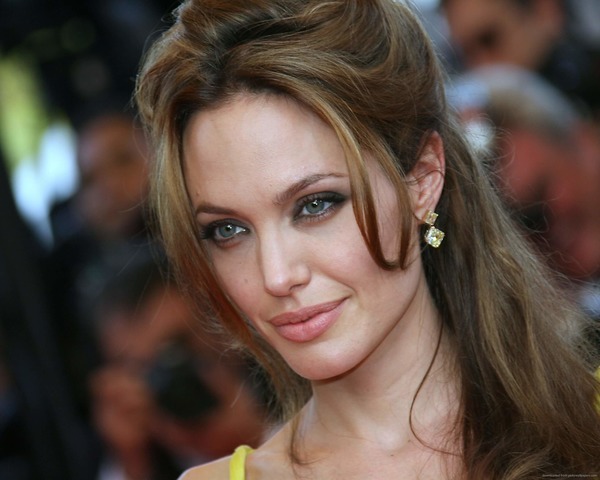 We have already told you about the ambiguous nature of Angelina Jolie and her unusual choice of perfume. Her collection is one more evidence of the fact that this mother of 6 and humanitarian is not so simple, as it seems. The actress collects knives.

Probably, it is not a surprise for you. The woman, who used to put her ex-husband’s (Billy Bob Thornton’s) blood into the bottle and wore it over her neck, surely, must love knives. Poniard knives, swords and machetes can be found in her collection. Jolie, who travels a lot because of her acting gigs and humanitarian work, never leaves the country without buying one more knife. The actress has precious and really expensive exhibits in her collection, which belong to Renaissance or Medieval Epoch.

Angelina Jolie collection of knives in locked in her huge mansion – she keeps the weapons away from her children. 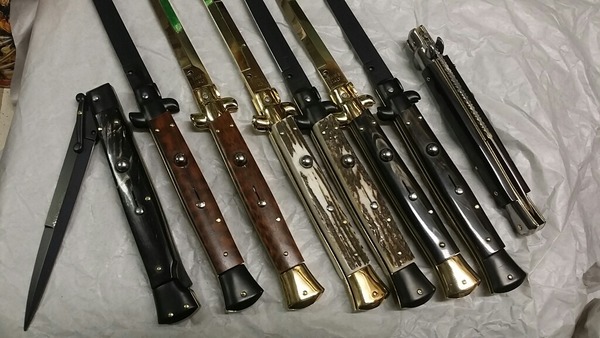 Jolie used to tell, that she started to collect steel arms at the age of 11 or 12. Jolie thinks, that blades, used by the nation, reflect its history. In addition she considers knives really beautiful. The actress has even tattooed a knife on her back.

In Jolie’s collections there are knives from respectable brands, like Darrel Ralph, as well as handmade butterfly knives. Some of exhibits of Angelina’s collection cost €20,000 and more. 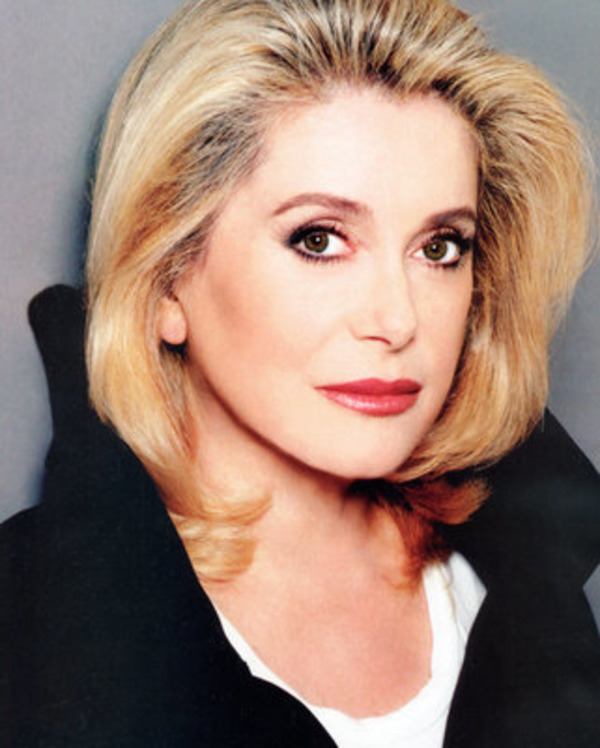 The famous French actress, who got Oscar nomination, is known not just by her movie roles, like Miriam from “The Hunger” and Geneviève from “The Umbrellas of Cherbourg”, but also the lipstick collector. In fact, Catherine Deneuve has never thought about building some impressive collection, she just liked lipsticks and bought them each time, when noticed in the shop some unusual tint or package. 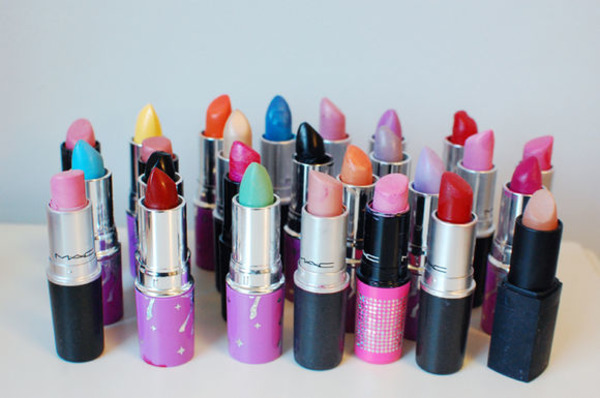 Currently Catherine Deneuve collection includes several hundreds of lipsticks. The actress doesn’t use them for her makeup, she just keeps them as collections exhibits. 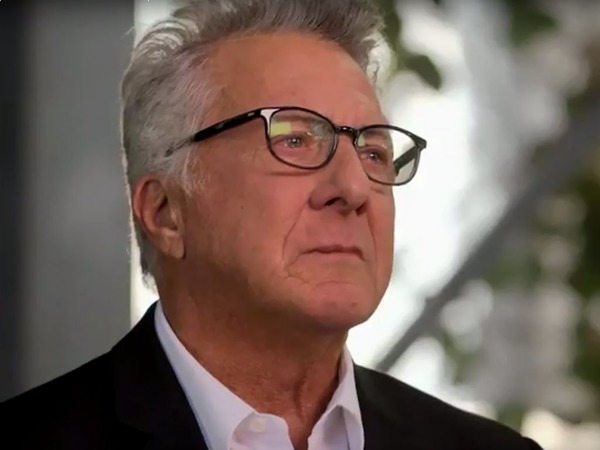 The actor, who is known both, by his talent and incredibly bad temper, has really sweet heartwarming collection of teddy bears.

Dustin Hoffman got the star status after the release of the movie “The Graduate”. Later he cemented his star status with the movies “Rain Man” and “Kramer vs. Kramer”. He voiced Master Shifu in animation “Kung Fu Panda” too.

Probably, the acting job in children’s film inspired Hoffman to start really unusual collection. The bear, named after the 26th US President Theodore Roosevelt, is produced by the companies in USA, European Union and China. Teddy bears are toys for kids, but there are firms, like Steiff, which produce expensive unique Teddy bears for collectors.

Dustin Hoffman owns an extensive collection of rare models of the toy. They say, he has a huge separate room in his house, where he keeps his teddy bears. He has already collected more than 1000 exhibits. 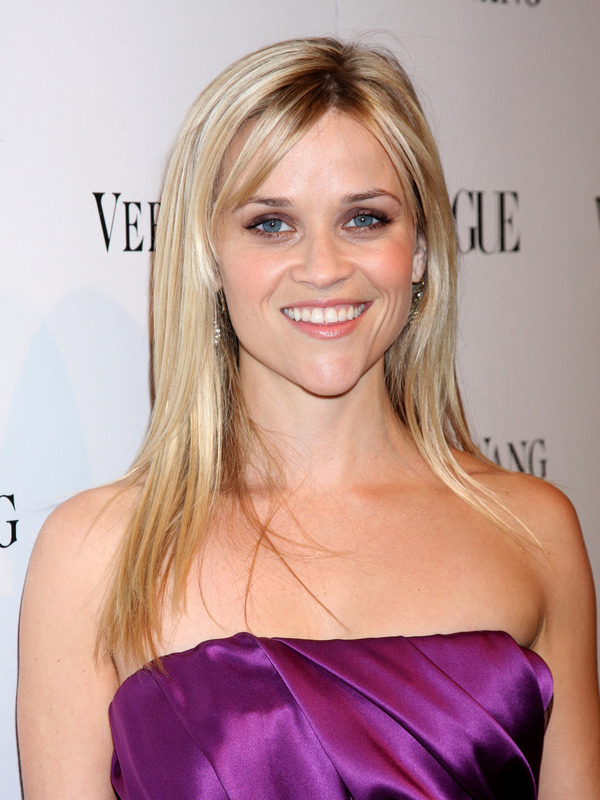 The famous and well-paid actress Reese Witherspoon has really sexual hobby. She collects vintage lingerie. Reese owns numerous ancient models of lingerie, made of fragile silk and sparkling nylon. The actress has not just traditional bras, pants and bikinis in her collection, she also owns old-fashioned pantaloons and slips. 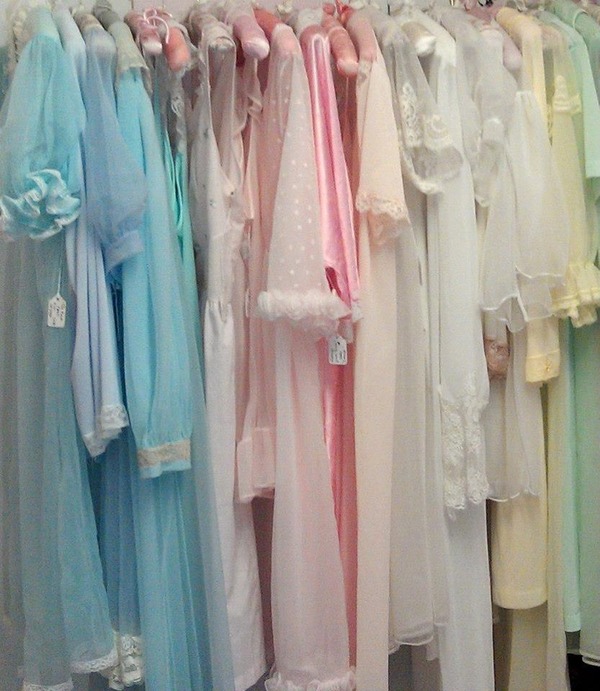 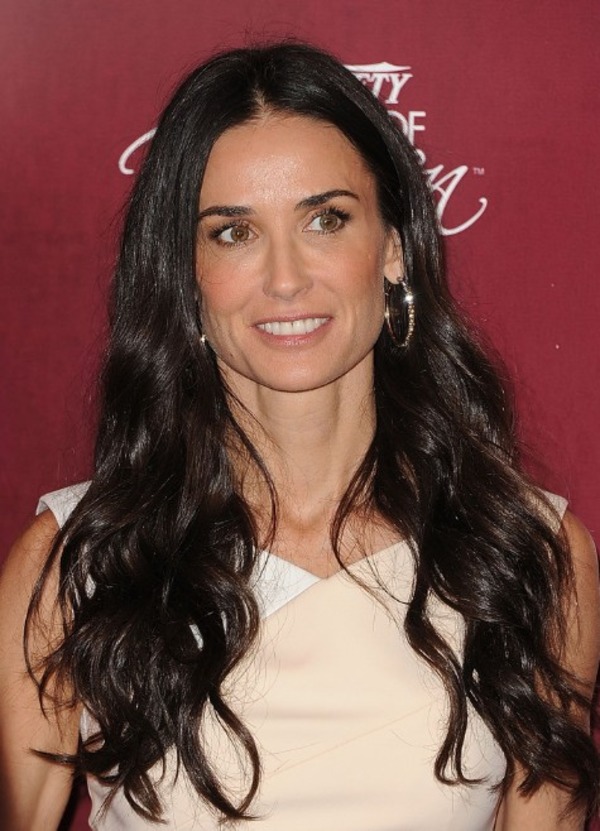 The actress, who can boast with a doll-like beuty, has really interesting for an adult woman hobby. The mother of 3 girls, she collects dolls. Demi Moore has more than 200 rare dolls of various sizes in her collection. They are made of different materials too: plastic, porcelain and unglazed china. The general value of her collection is close to $1 million. 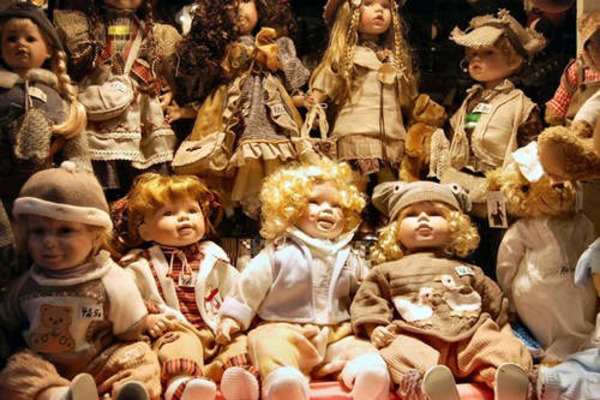