Tracy Morgan Net Worth is $18 Million 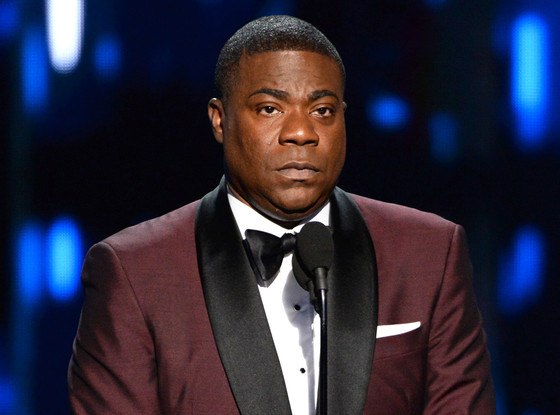 Tracy Morgan is an internationally popular comedian, whose net worth is estimated as $18 million. He participated in many movies and TV shows, which brought him both, fame and money. Thus he starred in the films “The Longest Yard”, “Jay and Silent Bob Strike Back” etc and in the shows “30 Rock” and “Saturday Night Live”. He monetized his talent to be funny and now can boast with great salary. He earned $2, 2 million per year as 30 Rock actor. His salary for “Rio 2”, where he voiced Luiz, was $5 million (estimated by Justrichest).

Tracy’s career and earnings were interrupted in June, 2014, when he was involved into a terrible car accident. His tour bus was hit by Wal-Mart truck and his friend and colleague James McNair was killed. Nowadays Tracy Morgan never gets tired to repeat that he values health much more than money and career. Nevertheless he came back to movie making again and the fans soon will have an opportunity to watch him in upcoming “Fist Fight”.

Being rich and popular now, Tracy had a complicated childhood. His father was a Vietnam war veteran, who got used to drugs during his service. He left Tracy’s mother, when his son was just 6. Most part of his childhood Morgan spent with his mother, but at the age of 17 he moved to his father. His dad had already got AIDs at that time and soon he died.

At first Tracy earned his living as a drug dealer and then found a job of a stand-up comedian at a night club. He was really talented and that opened him the door to television. He debuted in Martin Lawrence TV show. Morgan’s big break took place, when he had been cast to Saturday Night Live show. Thus gradually he had become a popular comedy star.

Having been broken both, physically and emotionally after a car crash, Tracy Morgan managed to come back again. In February, 2016 he started a tour, named “Tracy Morgan: Picking Up the Pieces”.