Urijah Faber Net Worth is $8 Million 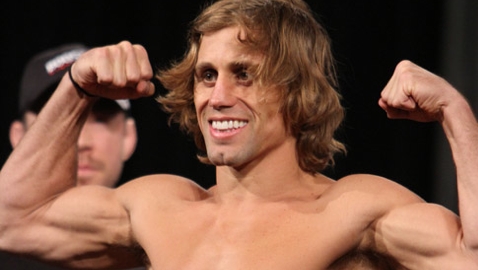 A retired MMA artist Urijah Faber has $8 million net worth. He is still considered as the pioneer of mixed martial arts, especially of its light weight category. He came into the industry in 2003 and got initial popularity, having defeated Cole Escovedo. During the years in the industry, Urijah won numerous titles, including WEC Featherweight Champion in 2006, which he managed to hold during 2 seasons. He is also the owner of jiu-jitsu brown belt.

Urijah Faber grew up in an ordinary American family, consisted of his mother, father, older brother and younger sister. He was educated at Lincoln High School and was interested in sports since his teens. He did football, roller hockey and wrestling and was a regular and various teen contests.

He continued to do wrestling during his years in the University of California and took part in the NCAA tournament in 2002.

A year later Urijah made a professional debut as MMA artist. He got initially popular as Gladiator Challenge winner. In 2006 he moved to World Extreme Cagefightin (MMA promotion company) and won champion title there, which he hold for several seasons.

Urijah Faber, who announced his retirement in October, 2016, made money not just as an MMA artist and wrestler, but also as a businessman. In 2004 he founded his own gym, named “Team Alpha Male”. Many famous MMA artists were trained at the Team, such as Justin Buchholz, Paige VanZant and many others. Urijah is going to open another gym too. Thus Urijah Faber, who could simply have a rest with margarita in his hand after the retirement, remains involved into numerous business gigs. He has always been so active.