Valentino Garavani Net Worth is $1, 5 Billion 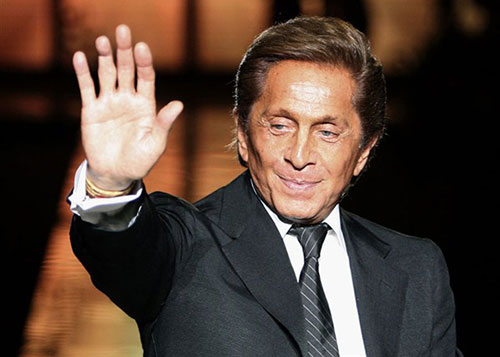 Valentino Garavani has announced about his retirement numerous times, but till now he remains one of the most popular fashion designers in the world. He was named one of the richest people in the world and got numerous awards for his professional activity. Thus in 2006 he was awarded with Chevalier de la Légion d'honneur and in 2008 he got Medal of the City of Paris. In Italy the museum was opened, which was completely devoted to Valentino and his luxurious clothes. The fashion star owns a net worth of $1, 5 billion. Most part of his net worth came from the brands he had owned. Garavani got income from such companies as Valentino, Valentino SPA, RED Valantino and some others. In 2002 he sold his Valentino SPA for $210 million.

Valentino Garavani started his fashion empire in 1959 in Rome. That year young Valentino, who got his education in France, came back to his native country to use the experience he got in Paris. Former Guy Laroche apprentice, he built his own fashion house, using the greatest French brands as a model. Soon red dresses from Valentino appeared in wardrobes of the richest women in Italy and all over the world.

Many famous ladies prefer clothes from Valentino. He dressed Jacqueline Kennedy and Princess Diana. Among modern clients of the brand there are the stars Keira Knightley, Reese Witherspoon, Gwyneth Paltrow and many others.

When Valentino was asked about the secret of his success, he told, “I know, what women want. They want to be beautiful!”