Vin Diesel Net Worth is $100 Million 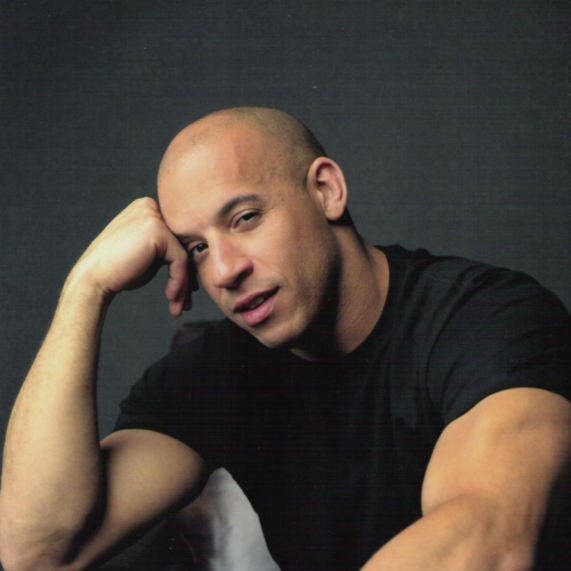 (estimated by Therichest and Forbes)

He has a body of a bodybuilder and a net worth of $100 million at least. Vin Diesel is included in Forbes list of 100 highest paid celebrities in the world. When you look at Vin now, you see a multimillionaire and a star. But he still remembers the time, when he used to be a bouncer at some nightclub in New York.

What is the secret of Vin’s success? He has a body of a god and an enormous talent to movie making. When Vin was asked, what he can tell to his fans to motivate them, he told, “Find your confidence and lead with love! And the rest will follow”.

In fact, Vin Diesel was interested in acting since childhood. He had never met his biological father and was brought up by a mother (astrologist) and a stepfather (theater worker). It was his stepfather, who inspired Mark (the real name of the actor) to take part in a performance when the boy was just 7. At that very age the boy fell in love with sports too. Gradually Mark turned into a big strong man. It helped him to get the job of a bouncer to earn his living, when still he hadn’t been popular.

Vin Diesel was noticed in 1995 at “Cannes Film Festival”, where he presented his first film “Multi-Facial”.

In Vin Diesel’s filmography there are such hits as “The Chronicles of Riddick”, “The Fast and the Furious” series and many others. His job of an actor and film director has made Vin so rich. But the star also has an additional source of wealth. He is the owner of several production companies -“Tigon Studios”, “One Race Films” and “Racetrack Records”. Besides Vin Diesel endorsed numerous brands like Nike, Got Milk?, NOS Energy drink and some others.

Vin Diesel is going to become richer the next year as his F8 is expected to be incredibly successful. The trailer had already been watched 139 million times during the first 24 hours after its release. It is the record amount of views.