Vitali Klitschko Net Worth is $80 Million 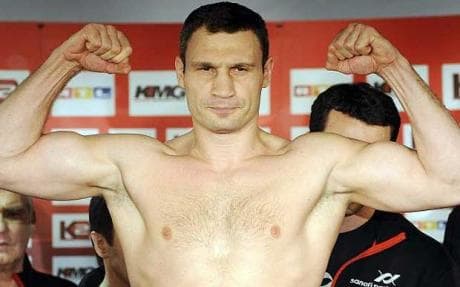 Vitali Klitschko is a giant and it relates to both, the size of his body and the size of his talent and creativity. The former heavy weight boxer, three-time world champion, WBO titles winner, Vitali can be proud of his career of an athlete. But he is also a successful politician and businessman, and that’s why he managed to earn $80 million net worth.

What is the main secret of Vitali Klitschko success? As he tells, “I am sure that the main rival of any person – is he himself!” Vitali managed to win the fight with his own fears and indecision and it helped him to succeed not just in sports, but in other areas of activity too.

Klitschko Sr. (as he has a younger brother Wladimir Klitschko – pro-boxer as well) was fond of sports from the earliest years. But in his teens he preferred kickboxing and won several titles in this kind of sports too, before he fell in love with box. The son of a military man, Vitali had won the title of the world champion among servicemen and later he decided to become a pro boxer.

During the years of his career in sports Vitali Klitschko had become a unique athlete. He has never been knocked down. He has highest percentage of wins by knockout (88.37%) in the world. And he is the only one boxer in the world, who holds an academic degree.

Having retired from sports, Vitali started career in policy. He is the leader of Udar Party (“Punch”) and the current mayor of Kyiv. It brings him a solid salary now, when he is not involved in sport competitions. Klitschko Sr. has additional income from his own firm KMG, he endorses Fitness Company McFit as well as Mercedes brand. The stellar athlete has also created the clothing line for Hugo Boss.

Vitali Klitschko is one of the most popular Ukrainians in the world and he tried his best to develop democracy in his country.