Whoopi Goldberg Net Worth is $45 Million 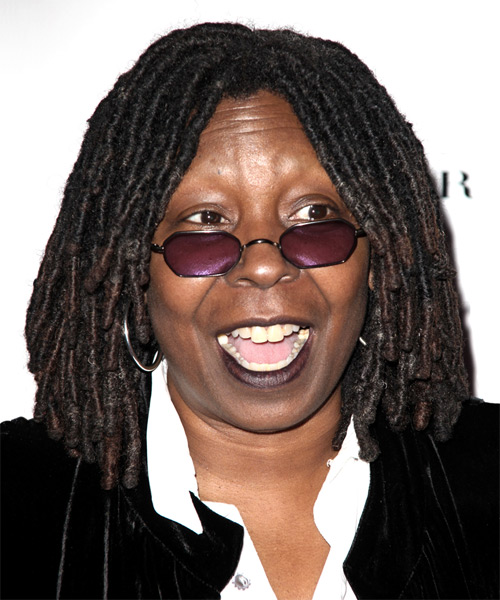 Whoopi Goldberg, who was lauded for her skills to look natural on the screen, to make people laugh and to host a talk show, has earned $45 million net worth. A deeply talented comedian gets $5 million salary (according to Celebritynetworth), which is even more incredible, if to take into consideration the fact that actors can forget about fame and money in Hollywood, when they cross their 40 age mark.

But born Caryn Elaine Johnson seems to know the secret of popularity and moneymaking. She has become the second black-skinned woman, who won an Oscar; she was awarded with both Emmy and Grammy, besides she received Tony Award, so Whoopi Goldberg is a real collector of prestigious awards. What was her way to success?

As Caryn used to tell in her interviews, the secret of her success was not just talent, but also an indomitable spirit and persistence. She played in the local theater at the age of 8 and took acting lessons. Probably, then Whoopi (she got that nickname in her early years) decided to become a professional actress. Although the future star had neither money, nor connections in show business, she made up her mind to become its inseparable part.

Goldberg was an incredibly bad pupil. She was diagnosed with dyslexia, and school was a kind of horror for her. That’s why she didn’t finish her education and moved to San Diego to pursue acting.

Having become popular as a theater actress at first, soon Whoopi Goldberg moved her way to the big screen. She featured in such films, which have already become legendary, as “Ghost”, “The Color Purple”, “Corrina, Corrina”, “The Deep End of the Ocean” etc.

Although acting is the main source of Whoopi Goldberg’s wealth, she has made some cash, hosting the show “The View” as well. At first she was paid $2 million as a show host and then got $5-7 million salary. She made some cash through endorsements too. For example, in 2009 she endorsed T-Mobile.