Home > Celebrity Family > Wife > Will Smith wife Jada Pinkett-Smith: “I am trying to figure out the balance every day!”

Will Smith wife Jada Pinkett-Smith: “I am trying to figure out the balance every day!” 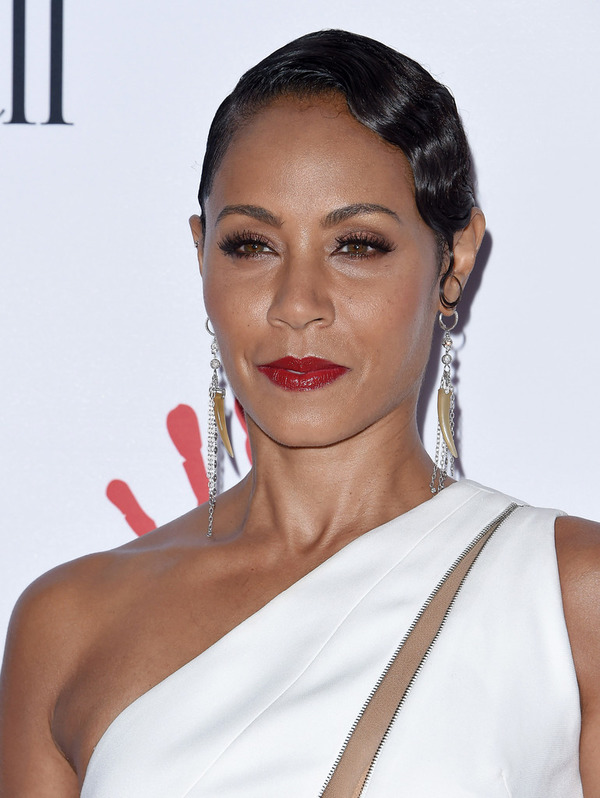 Jada Pinkett-Smith seems to be guru of time-management. Within one life only she achieved the status of internationally popular star and brought up three great kids (one of them is her stepson). We’ve already told you about them in “Will Smith Kids: The Secrets of Parenthood”. Now let’s focus our mind at Will Smith wife Jada Pinkett-Smith. And let’s have a look at Will Smith ex-wife Sheree Zampino (Fletcher).

If you think, that the main achievement of Jada Pinkett-Smith is her title of Will Smith wife, then you know nothing about her. She can do all – sing, act and produce. Fans know Jada as Niobe from the Matrix films. In addition, she voiced Gloria the Hippo in all parts of Madagascar and appeared in numerous cult films, including "Reign Over Me". 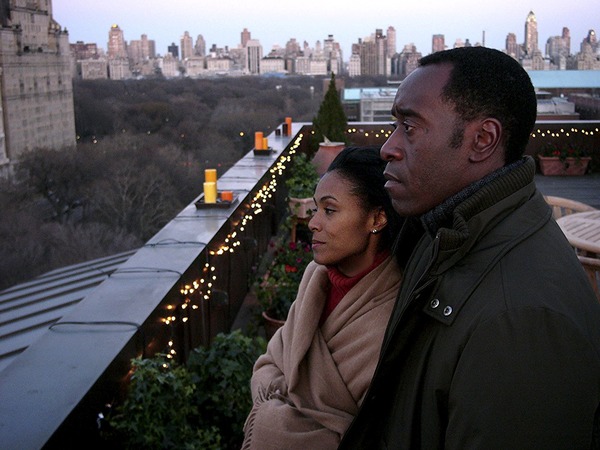 But in spite of her busy schedule she always finds time for her husband. On the 31st of December Will Smith and Jada Pinkett-Smith celebrated the 20th anniversary of their wedding. Will congratulated his wife through social media. He wrote wonderful words about her and their marriage. “I’ve learnt to take pleasure in helping you to blossom”, he wrote. 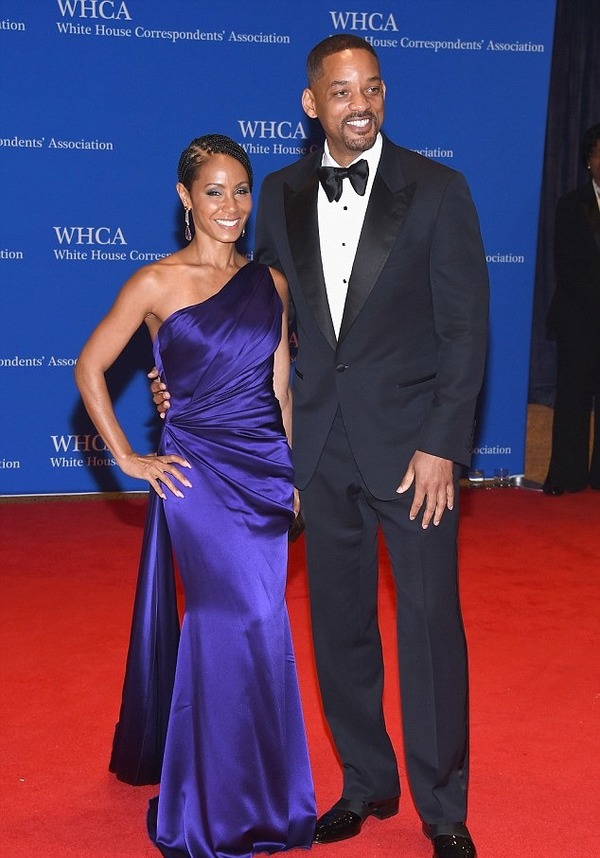 A happy marriage is a rare thing even among ordinary people, and especially among the stars. But Jada Pinkett-Smith is a unique woman, who knows, how to make her marriage successful. Let’s read her story!

No need to say, that every time journalists ask Jada about the secret of her happiness. In one of her interviews the actress told, that being a wife and a mother is the most extraordinary experience in her life. Every single day she starts from meditation. Jada says that meditation helps her to stay in balance. The actress feels that she is responsible for Will Smith, her daughter Willow and sons Trey and Jaden Smith. At the same time her responsibility doesn’t mean substitution of their dreams by her owns. “I am trying to figure out that balance every day!” the actress says. 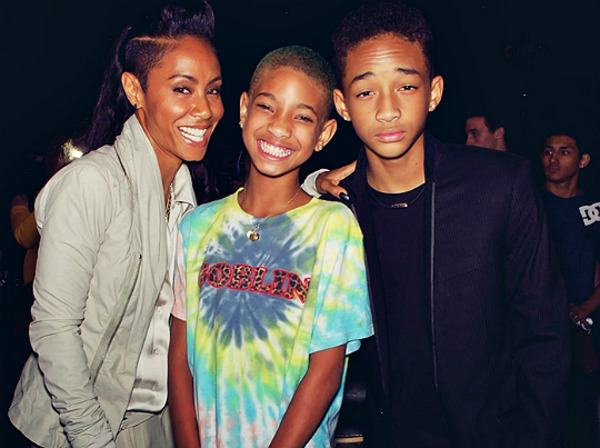 She was good in keeping balance since her early years. Then Jada Pinkett attended ballet classes and practiced playing the piano.

Jada was born in September 18, 1971 in a family of Robsol Pinkett, Jr. (a builder) and Adrienne Banfield-Jones (nurse). Her parents divorced soon after Jada’s birth, so mostly she was raised by her mother and grandmother. Jada Pinkett spent her young and teen years in Baltimore, Maryland. From her earliest years Jada was a talented and creative girl. She danced and took music lessons. She studied at Baltimore School for the Arts, where she met a talented, but problematic young man, who later became a celebrity too. 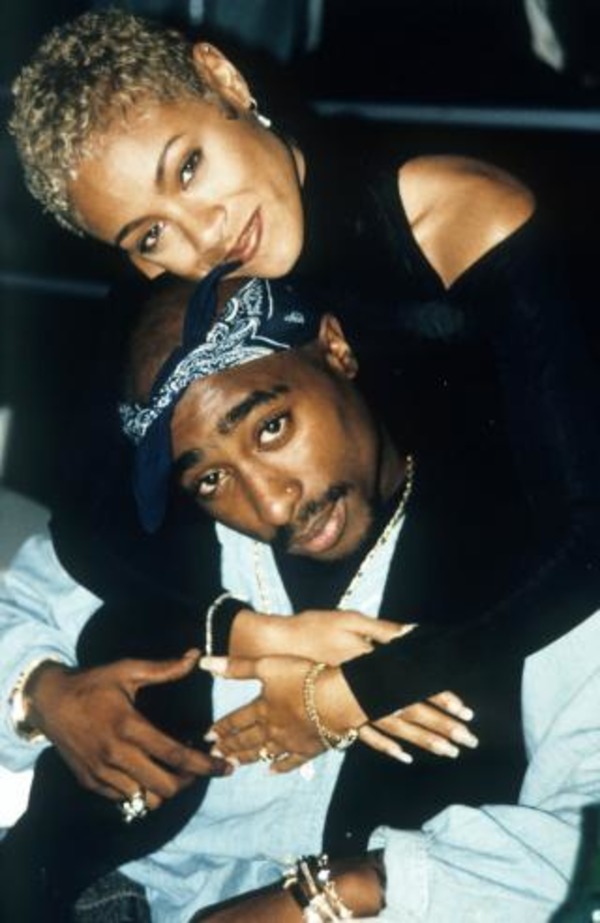 During her years at college Jada was a popular girl. Lots of boys dreamed to become her boyfriends. She chose the best of them (at least, she thought so) – Lesane Crooks, widely known as Tupac Shakur.

Jada opened up, that during her years in college Tupac and she did drugs and even sold them. They separated soon after the graduate party, and Jada continued her education at North Carolina University, where she continued practicing arts. Tupac Shakur soon became a popular rapper. He rose to fame due to such hits as “The Humpty Dance”, “Doowutchyalike”, “I Get Around” etc. He was on his career peak, when suddenly his life was cut short. He was shot in his car in late September, 1996. Till now his murderer’s name is not known. 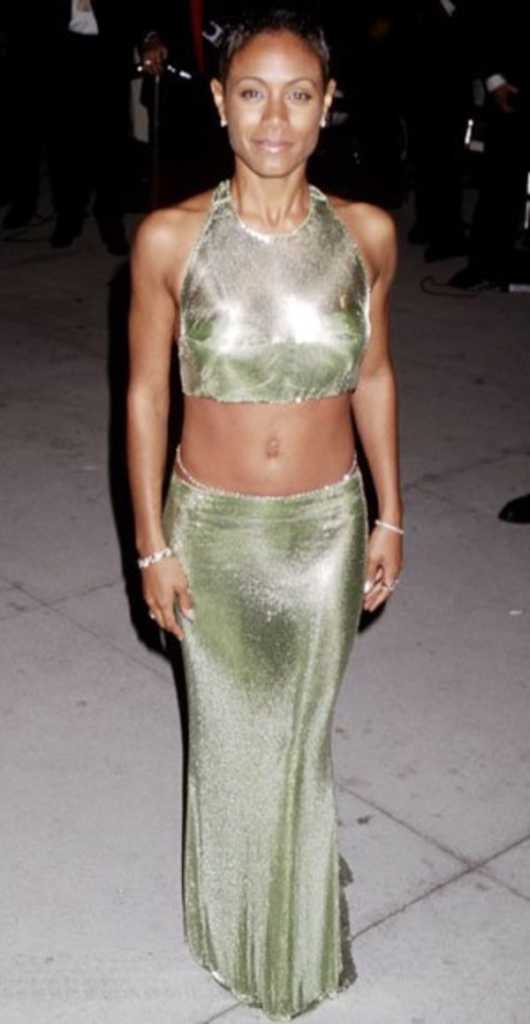 Many years later Jada shared with her fans the details of her and Tupac love story. She had enough time to re-think it and to regret about their failed love. But then, in her early 20s, she didn’t think too much.

One day Jada felt, that entertainment industry was not her cup of tea. She dropped out University and wanted to enter a law school. But her mother gave the girl a couple of dollar banknotes and sent to Los Angeles to start career of an actress. 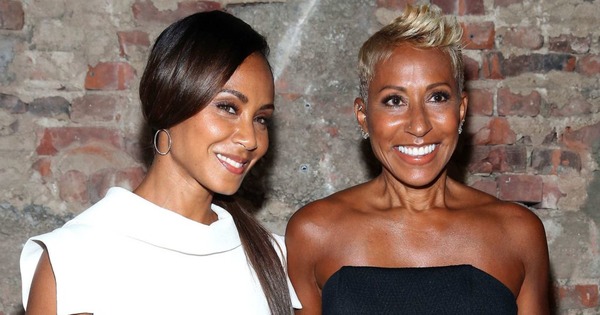 Jada Pinkett and Will Smith Meeting

At first Jada Pinkett visited numerous auditions and was refused. But finally the beautiful girl – fragile and persistent at the same time – captured attention of 21 Jump Street producers. She appeared in just 1 episode, but tried her best to look natural on the screen and to be well-disciplined off the screen. Such a great job gave Jada initial recognition, and soon she won the role, which made her popular. That was the recurring character in “A Different World”. 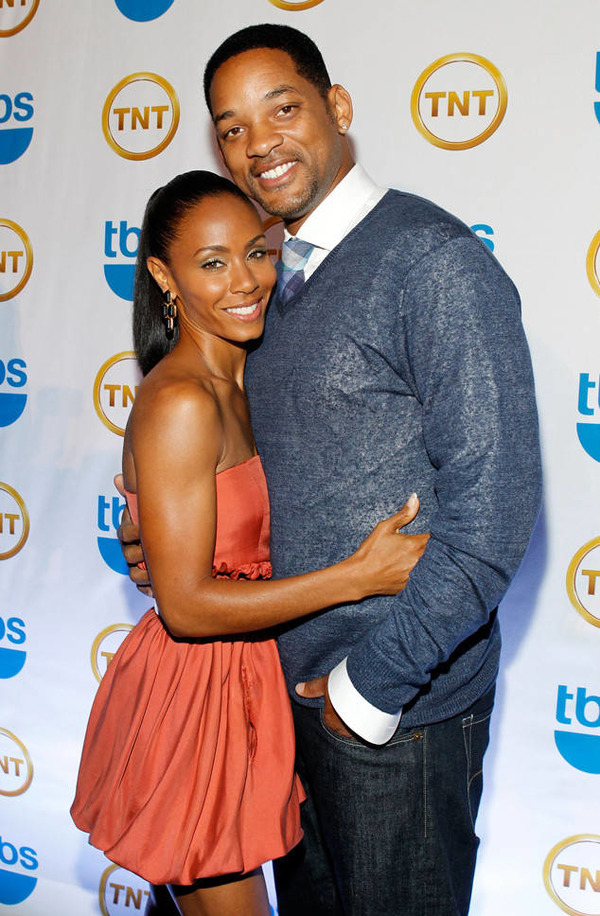 After that Jada Pinkett Smith made appearances in numerous movies and TV shows. She was becoming popular and valued her career most of all. A young beautiful girl, Jada had no boyfriend and didn’t regret about it.

Once she was invited for audition to “Fresh Prince of Bel-Air”. Will Smith portrayed the main hero in the series, and Jada Pinkett was supposed to play his girlfriend. The young actress read the text of her heroine so faithfully. She dreamed to get the role – mostly because of the lead actor of the series. Will was so cute, so funny and attentive, that she liked him at first sight. Jada didn’t get the role. The actress was too short in comparison with Will Smith, and producers decided to find a taller actress. 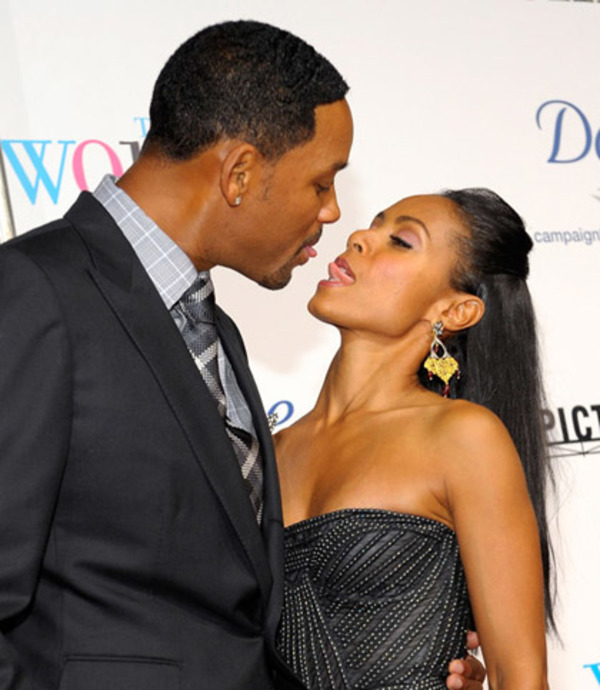 But one person valued her talent high – and that person was Will Smith. No, they didn’t start dating that very day they met. Jada opened up, that at first Will and she became good friends. During several years they went for a walk and for dinner, phoned each other and shared their problems and joys.

Their friendship turned into love after one dinner. Then Jada and Will looked at each other and felt that they wanted to be more than friends. They started dating. But those years of friendship served as the strong foundation for their future love.

Then Will behaved like a knight. He invited Jada for the first date, but their romantic meeting had nothing in common with traditional “dinner” and “cinema”. He took his loved one to Mexico. They spent a great weekend there. “Will has taught me to laugh”, Jada used to say later. 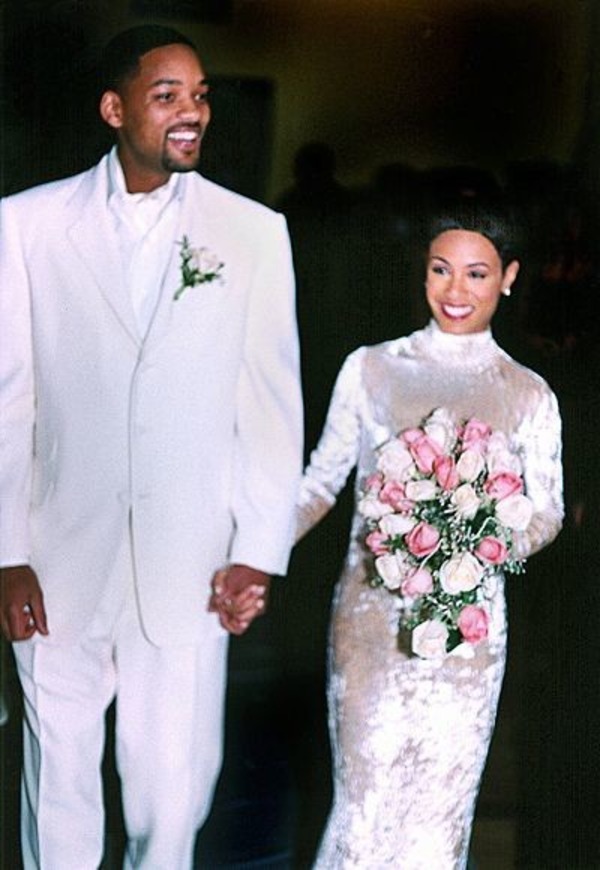 They wedded on the 31st of December, 1997. Jada was 26-year-old girl in a champagne-colored wedding dress and Will was 29-year-old young man in a perfect suit. They exchanged votes at a closed private ceremony at their mansion in Baltimore.

Since then Jada and Will are a couple. And in spite of divorce rumors, which appear in press from time to time, they are still together. Will and Jada brought up three great children and kept the sparkle of their love. 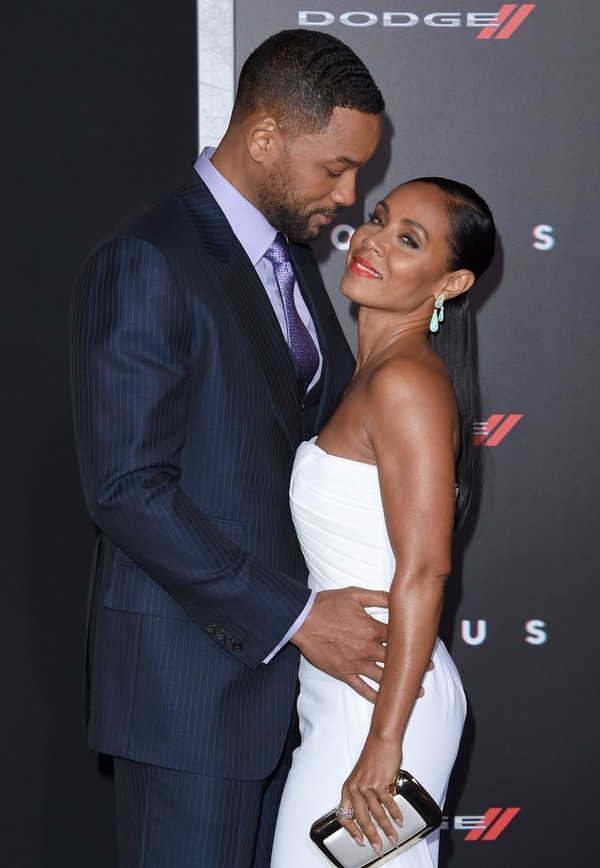 Jada Pinkett-Smith told that she was very lucky to find such a great life partner, like Will was for her. Will Smith is her first and the only husband. But she is the second Will Smith wife. Previously Will Smith was married to Sheree Zampino.

She is beautiful active and very optimistic. Sheree Fletcher gained international popularity after participation in the series “Hollywood Exes”. Sheree is an actress, but unfortunately she hadn’t become popular in this area. One of her most popular screen projects is “The Oprah Winfrey Show” and two short films, “When the Time Comes” and “Our Journey”. 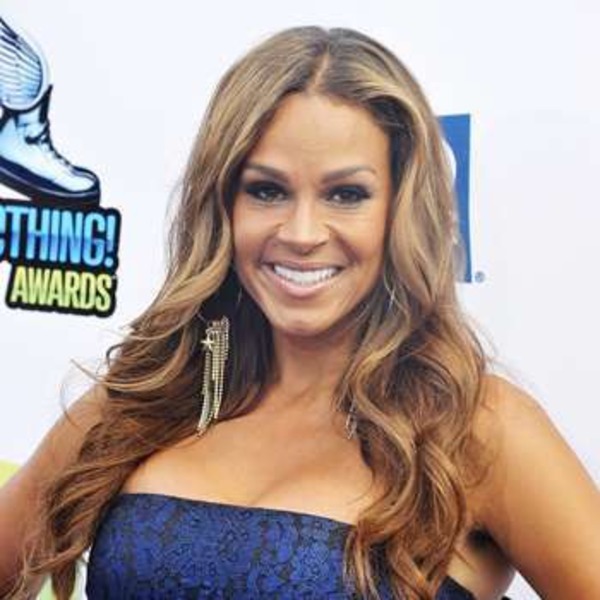 Sheree Elizabeth Zampino was born on November 16, 1967 in New York. She is one year older, that Will Smith. Sheree came to Los Angeles in order to become an actress, but she didn’t find lots of fame and cash here. Nevertheless, she found someone even more precious – Will Smith.

Sheree and Will met in 1991. They were both young actors, who had church mouse status, but felt so happy and confident in their future. 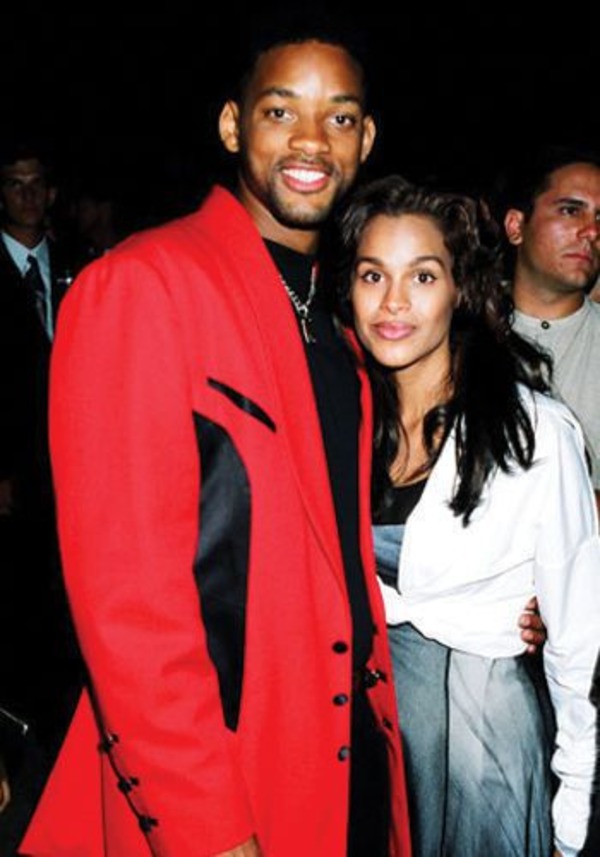 They started dating, and soon Sheree got pregnant. Will Smith, like a real gentleman, proposed Zampino and they wedded – a few months after their first meeting.

Soon Will Smith and Sheree Zampino welcomed a son Trey. They tried their best to keep their marriage, but two actors were too young to create a happy strong family. Will was busy with his career, he was always away from home and couldn’t find time to care about his wife. That caused their separation in 1995. 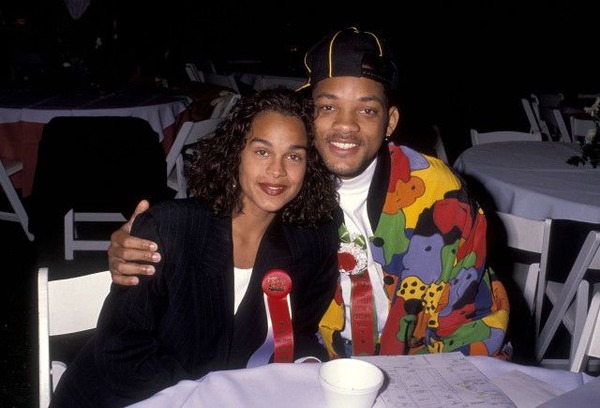 Sheree and Will shared the custody over their son Trey. When Will tied a knot with Jada, Trey moved to his father. Thus, he was raised mostly at his father’s home, but he visited his mother very often too.

Having separated from Will Smith, Sheree Zampino tried to build a happy family one more time. She married Terrell Fletcher, a popular football player, in 2007. Unfortunately, this marriage hasn’t been forever too. They separated in 2014. 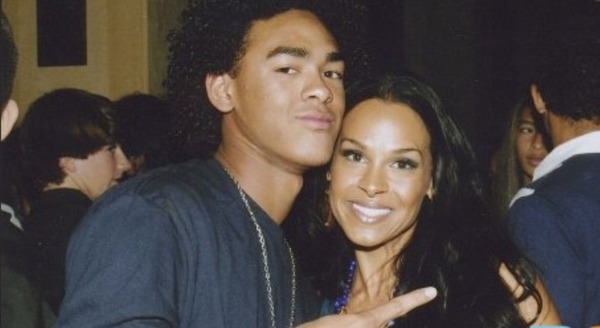 Now Will Smith and Sheree Zampino are good friends. She thinks, their marriage didn’t work, because they were too young. 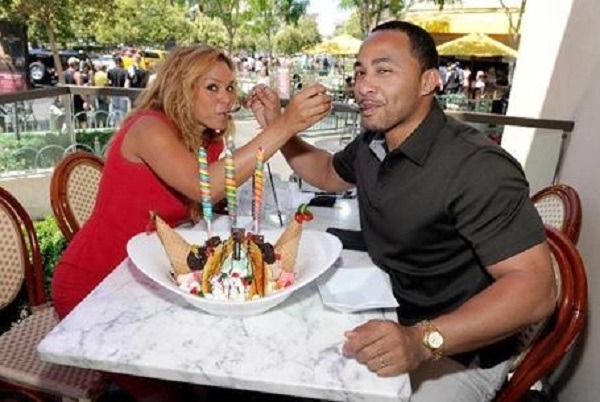 From the second attempt, but Will Smith managed to build a great family and a great career. Will Smith wife Jada can be proud of him!