Xavi Net Worth is $40 Million 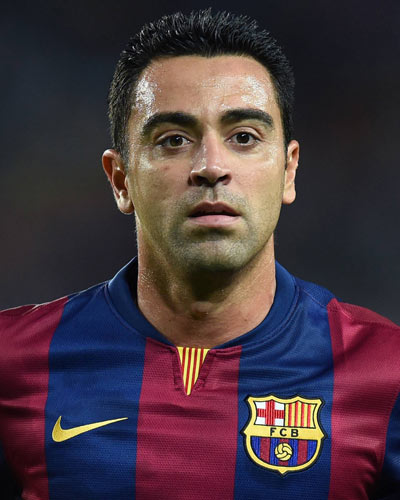 Now Xavier Hernandez Creus, mostly known as Xavi, can boast with a net worth of $40 million. But this number doesn’t seem so big, if to take into consideration the fact that he got his first salary at the age of 11. That very age the talented boy entered La Masia (FC Barcelona’s academy) and started to play soccer professionally. Then he spent all his money to make a present for his mom. He bought her a toaster.

Xavi is a son of a former soccer player and it was his father, who inspired the boy to become an athlete. The boy was very athletic from his teens and his talent was obvious. At the age of 17 he was appointed as a midfielder in a reserve team of FC Barcelona. In fact, the gifted teenager has made a rocket start.

In 1998 young Xavi got international recognition. He managed to score a goal, playing at the Super Cup final. That very year he debuted in La Liga.

The new turn in Xavier’s career took place in 2004, when he was appointed as the vice captain of his team.

In fact, FC Barcelona was an inseparable part of Xavi’s life. As a member of this team, he appeared on the field 700 times and 500 times played in La Liga. He is called in press as the most famous Spanish football player. In 2014 his salary was estimated as $12 million (according to Celebritynetworth). He left FC Barcelona in 2015 and joined Al Sadd football club (Qatar) after that.

Xavier Hernandez managed to become a well-fixed person. But he remembers that many people all over the world are not so successful and need support and help. Not long ago Xavi joined Generation Amazing and was appointed as its global ambassador. The main aim of that organization is to help vulnerable people in the Middle East.