Zlatan Ibrahimovic wife Helena Seger: “Even if it takes a year, I always win!” 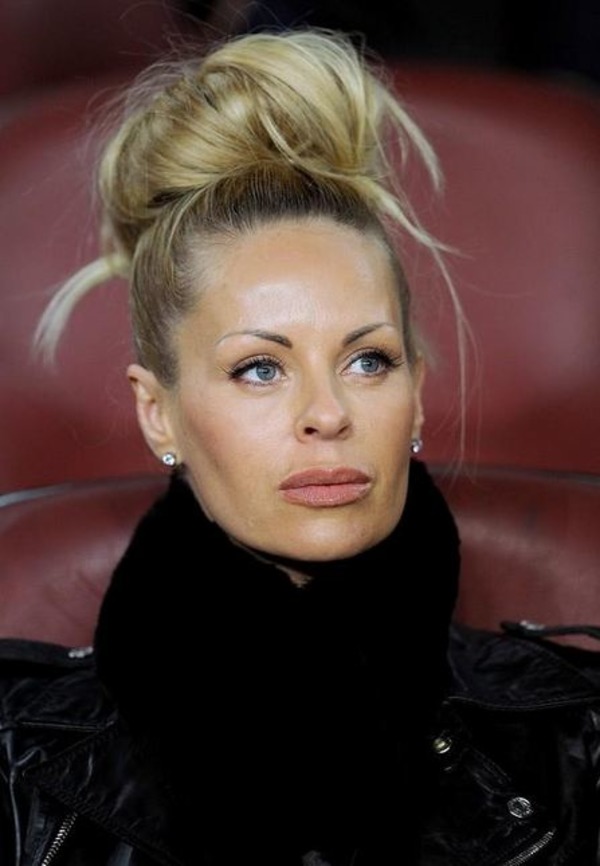 Some people think that it is a woman, who inspires her men to become successful and rich. So, each popular and rich man has a talented woman behind his back. The others insist that a genius always remains a genius, and his wife is just a reflection of his fame and talent.

No doubt, Helena Seger is not a reflection. She is a bright independent woman with her own ambitions and life goals. At the same time she is a long-term partner of an incredibly talented and wealthy NFL player Zlatan Ibrahimovic. They are not married officially, but they have been a couple since 2002. Zlatan and Helena bring up two sons.

But what do we know about the better half of Zlatan Ibrahimovic? 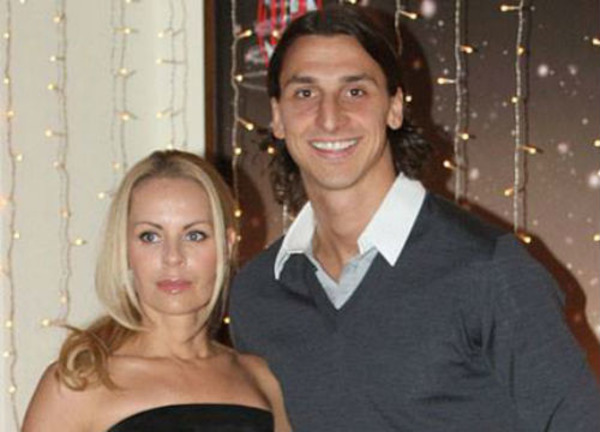 The famous Manchester United forward Zlatan Ibrahimovic seems to be desperately in love with his beautiful wife Helena. When a famous football player, who is known by his hot temper, looks at his beautiful blonde wife, his eyes start shining with admiration.

It is hard to believe, that a rich and popular athlete, who could date any model or actress, chose this woman – who is 30 cm lower and 11 years older than him. 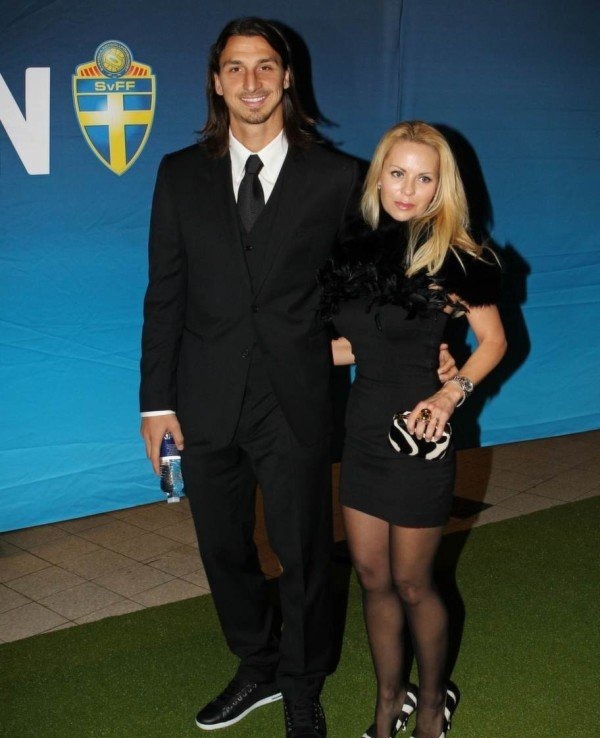 So, let’s read about this dazzling beauty, who captured the heart of the sport star Ibrahimovic.

Helena Seger and her long-term partner Zlatan seem to be completely different. She grew up in a well-educated and financially secured family, while he was brought up by a single mother in poverty. 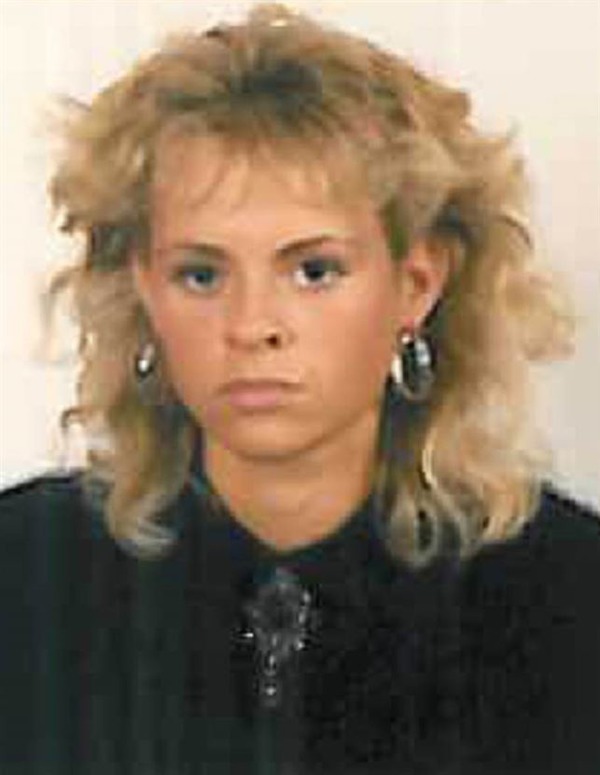 Seger’s parents were educators. Her mother served as a primary school teacher and her father made his fortune as a school director. Helena grew up with two siblings. She spent her early years in a small town of Lindesberg, Sweden. The ambitious girl felt, that living in such a calm place was too little for her. That’s why she left home at the age of 18. 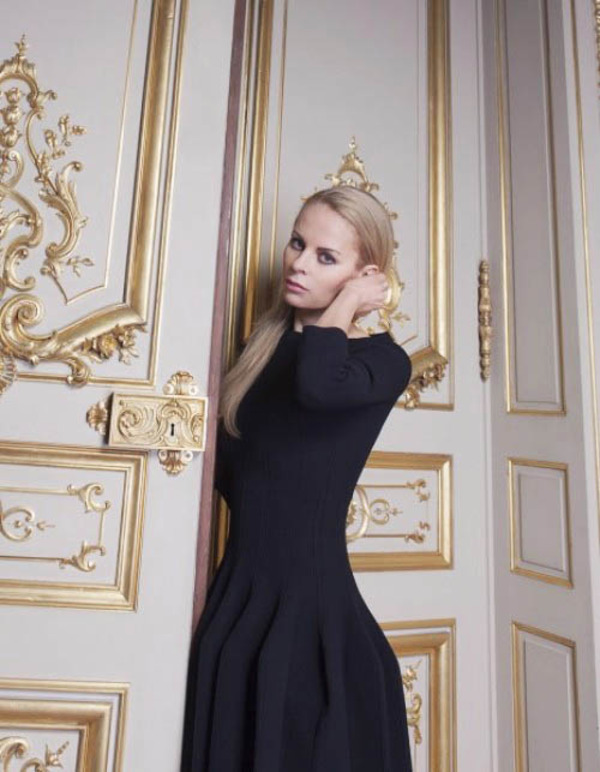 Later Helena told that she re-considered her decision. She is incredibly sorry now for her parents, who were worrying about their daughter. But then she was ready for everything to make a successful career and live a better life than her parents did.

Romantic Love Story of A Rude Yugo and A Bitch Deluxe

In 2011 Zlatan released his biography “I Am Zlatan Ibrahimovic”. The book soon became a bestseller. In his autobiography the most famous European striker opened up to his fans, how he had met the most important woman in his life and the mother of his children. 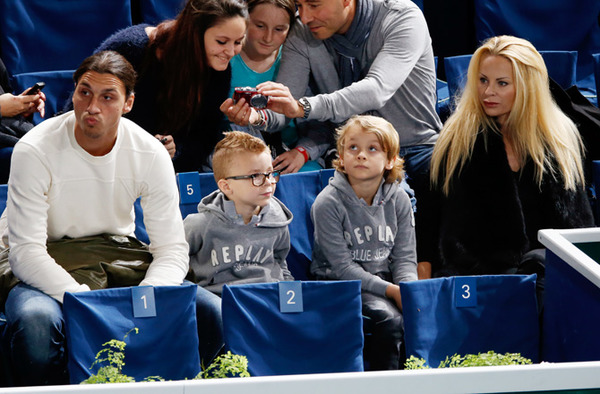 When they met, Zlatan was 21. He had already become popular and saved a couple of millions. The young man boasted with his rude manners and a classy car. He was sure, that any woman in the world would be happy to date him.

That’s why he was very surprised, when he met Helena. Then she was 32 and she had a really busy schedule. Seger shared her time between studying (she was going to get a degree in marketing), working as a product manager at a young company “FlyMe” and waiting tables in the nearby café as she had to pay for her education from her own pocket. 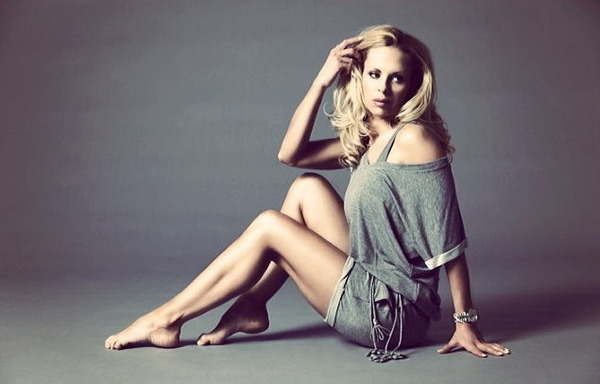 Seger had lots of projects, but none of them was connected with marriage. That’s why, when she occasionally met a young man in an elegant Ferrari at the car parking, she just wanted him to get away and let her drive.

Later Zlatan told that Helena looked godlike. He fell in love with her immediately, but she refused to date him. He named Seger “a bitch deluxe”. She seemed too chic for him and he liked her charm, but at the same time noticed her headstrong nature.

As for Helena, she didn’t took Zlatan too serious. For her he was a young rich Yugo with rude manners and a huge nose. He was too tall, too young, too popular – and she had never thought, that they could become so close. 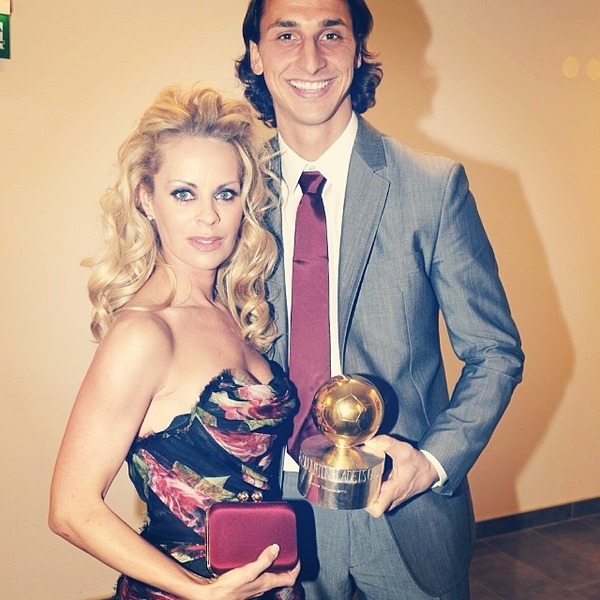 Nevertheless soon he had become the inseparable part of her life. To be with an ambitious football star, Helena left her career. That was an important decision for her. But she did it – to help her beloved husband develop that precious gift he got from God – his unique sport talent. 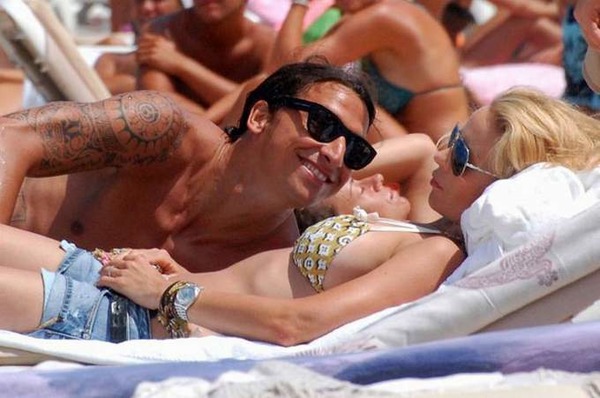 Ibrahimovic fans joke, that Helena is the only person in the world, who has a great impact on him. He loves her to death – and she is worth it. But why does Helena like her man?

When the beautiful blonde hears this question, she just smiles. “I could be exactly like him if I were a man”, she says. At the same time, she values his sense of humor. According to Seger’s words, she is never bored, when she spends the time with her favorite football player.

But sharp tongue is not only one Zlatan feauture, which is important for Seger. “He is simply my soul-mate”, his wife says. 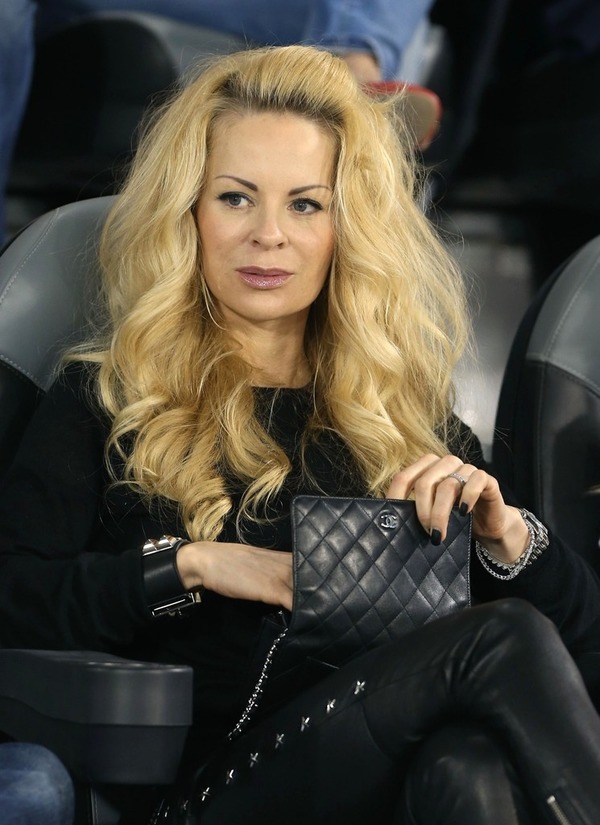 Seger tries to support her husband. She understands that he gives 100% of his efforts on the field, and in his free time he needs some rest. Helena Seger tries her best to make their house cozy and comfortable for Zlatan.

She follows him everywhere he goes. During his years in professional football, Zlatan changed numerous clubs and moved from one country to another – he stayed in Sweden, Spain, Italy and France and she was always ready to pack her things, take the kids and join him. 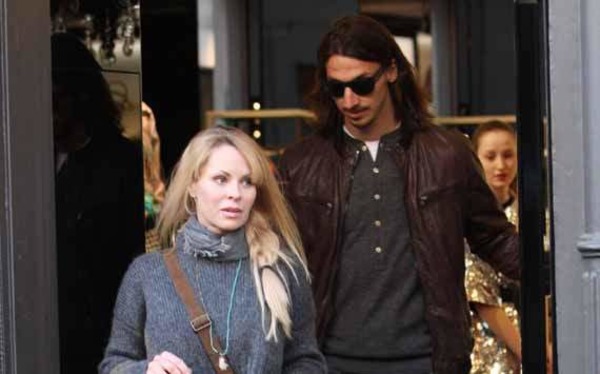 In his turn, Zlatan tries his best to care about his wife. Once he was asked, what he had given his wife for her birthday. He answered, “Nothing, because she had already got everything”. In fact, he is rare to count the money his wife spends. But sometimes she wants to buy really costly things and Ibrahimovic refuses to pay. But Helena knows, what to do in this case.

How Does Helena Deal with The Living God Zlatan Ibrahimovic?

The ambitious woman, she knows, how to deal with her famous husband. 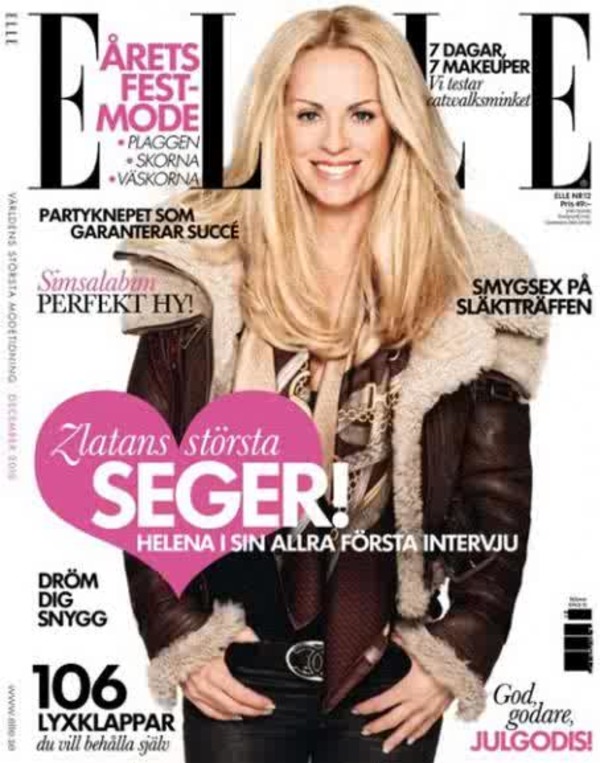 The main secret of Helena and Zlatan long-term relationships is her wisdom. The incredibly rich woman, Seger doesn’t have a maid at home. She cares about her man and their children herself – cleans the house, cooks delicious and healthy dishes. Seger thinks that it is important for a woman to take care of her family members – that means to live a normal life for her.

Helena is very beautiful and in some issues she was even titled as “a former model”, but Seger just laughs, when she hears it. “My legs are too short for it!” the woman says. Nevertheless Helena Seger looks perfect, because she has a great taste. 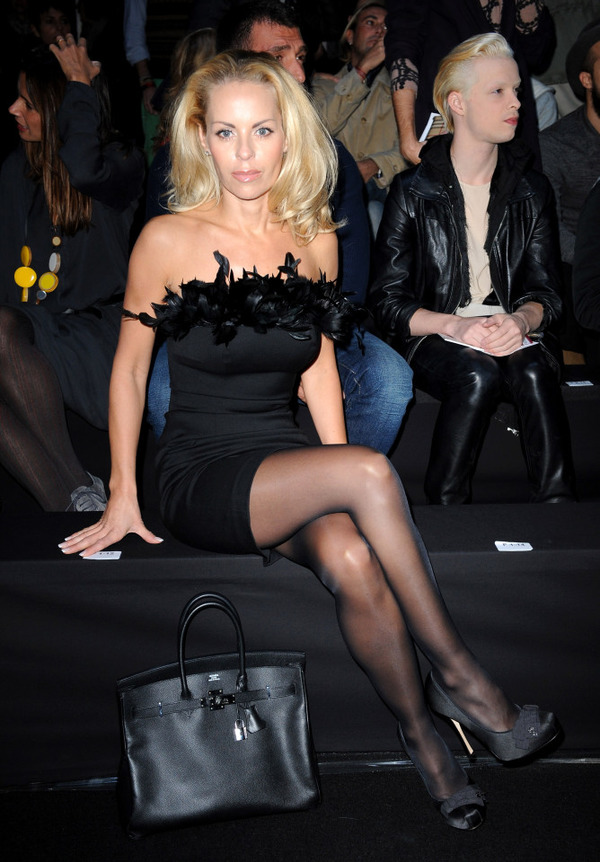 That’s why she decorates her and Zlatan residence herself. Very often the furniture she chooses is too expensive even for a moneybag Ibrahimovic. In this case Seger hangs the photos of beautiful luxurious items of furniture everywhere in their house. And finally Zlatan gives up and offers to buy a new lamp or armchair. “Even if it takes a year, I always win!” Helena Seger said in one of her interviews.

Currently Helena Seger is busy with her family life. But she plans to start working again in future. She left her career in 2004, when Zlatan was invited to Turin (Italy). Then Helena followed him, and had to get used to the new culture. She was shocked, when she understood, that her great education meant nothing in Italy. “Here you can impress people, only if you are a TV star”, Zlatan’s wife complained. 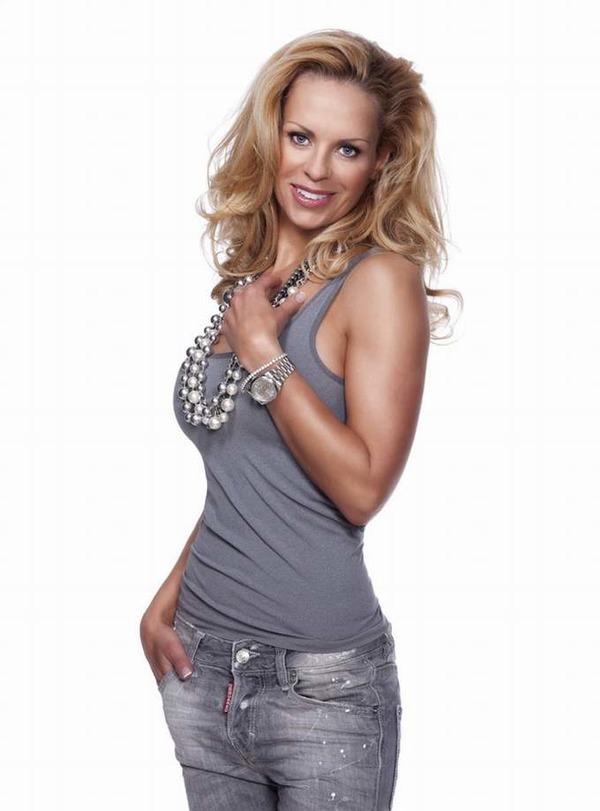 Helena Seger understands that she is not a typical football star’s wife. Although journalists often compare her with stylish Victoria Beckham, Helena considers herself as an outsider. “I am not a model, I am not 25 and I don’t like shopping”, she says.

At the same time, Zlatan knows why he loves his wife. “She taught me two things – good manners and how to be a father”, he wrote in his book. 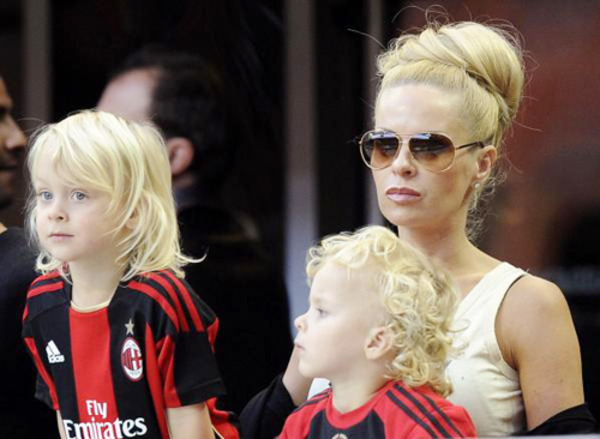 In fact, for both, Zlatan and Helena, well-being of their boys is the most important thing. Eleven-year-old Maximilian Ibrahimović and nine-year-old Vincent Ibrahimović look very smart. Due to the necessity to change countries from time to time, the boys have already mastered several foreign languages.

Helena Seger tries to share all her husband’s hobbies. Ambitious Zlatan is a big fan of classy cars and hunting. The couple has already bought a vast wild land not far from Stockholm, where Ibrahomovic hunts from time to time. Her husband’s career is not forever, so Seger hopes, that in several years her favorite Zlatan will hunt all day long and she will stay in the office. And in the evening they two will meet and cook together. 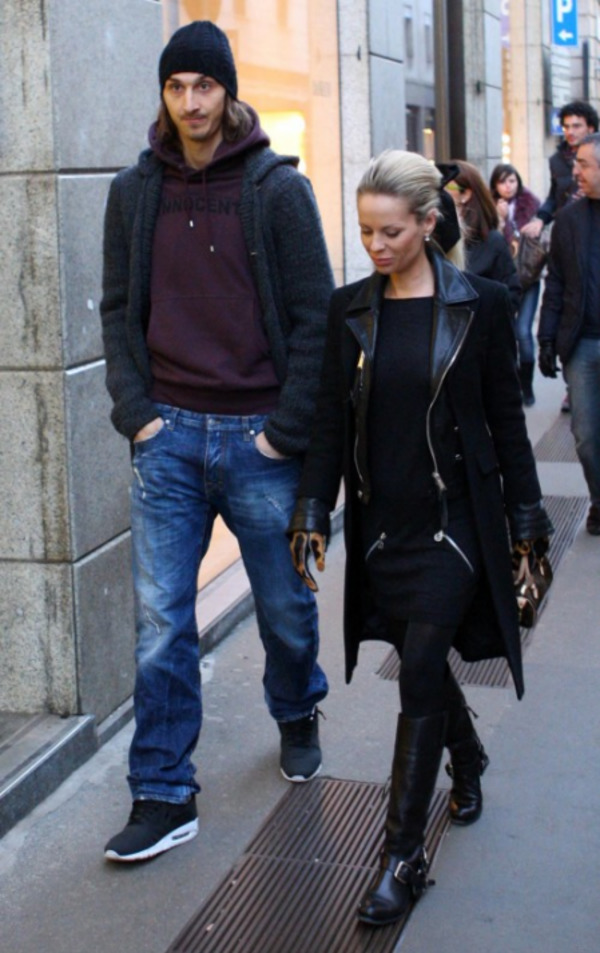 As you see, the dreams of independent Helena are quite ordinary. Many people envy her – as she has caught the heart of a legendary footballer. But Helena and Zlatan perfectly fit each other. “Their couple is so harmonious”, Helena and Zlatan friends say.